France remains unbeaten
Estelle Duvin celebrates after scoring France’s first goal against Slovakia.
photo: Fredrik Sundvall
share
France is ready for the final day of the Women’s Final Olympic Qualification Group E after getting their second win. The French presented themselves as fast starters by building a 2-0 lead with goals early in the first and second period respectively en route to a 3-1 victory against Slovakia.

“Our game plan was exactly to play at good level from the beginning, have a good transition game, strong pressure on the opposing goalie. Even though they tried to push and come back in the end of the game we withstood the pressure,” said French head coach Gregory Tarle and hopes for even more. “The perfect game hasn’t been implemented yet by us but we hope it will be tomorrow.”

The French came out of the dressing room on fire and tried to set the tone from the beginning with several shots on Nikola Zimkova’s net. After 82 seconds Les Bleues succeeded. Estelle Duvin skated through the Slovak defence around the left face-off circle and when she was free to shoot from central position she seized the opportunity for an early French lead with a beautiful top-shelf shot.

“It was bad to start conceding a goal. We had a couple of chances but we didn’t manage to score. We put the opponent under pressure in the last period but they have a good goalie and we didn’t score,” commented Slovak head coach Tomas Segin.

Slovakia battled but for most part of the period the French controlled the game and put pressure in the offensive zone. The French outshot Slovakia 13-3 in the first period including two high-quality chances for Chloe Aurard.

The Slovaks put pressure on French goalie Caroline Baldin in the first two minutes of the middle frame but the puck went in on the other side. After a takeaway Aurard skated into the Slovak zone and saw her shot deflected. Lucia Istocyova tried but failed to clear the puck and Gwendoline Gendarme scored with her attempt.

“Today we played a strong beginning. We didn’t give them time to arrive into the game and we executed our game plan well,” Gendarme said. “But we have to work on ourselves to be more dangerous for tomorrow’s game.”

The Slovaks continued to take the destiny into their own hands, outshot France both in the second and in the third period – and 28-23 throughout the game – but the lack of high-quality chances and a confident Baldin in the French net prevented them from scoring.

“Our plan [in the last period] was to score the first goal and get everything to the net, win the battles, score from everywhere, score dirty goals,” said Slovak defender Livia Kubekova. “But we have to play hockey for 60 minutes. That was the problem in our team and we have to prepare for tomorrow and play for 60 minutes.”

The French were more on defence but ready for counter-attacks. Defender Lore Baudrit capitalized on a lost puck during a Slovak power play, won the breakaway battle against Slovakia’s Nicol Lucak Cupkova and beat Zimkova for the shorthanded 3-0 goal.

With 5:55 left and a power play for her team, Slovak captain Lucak Cupkova was again in the spotlight when she was awarded the penalty shot and cut the deficit to 3-1. It was a well-deserved goal for the Slovak and created some hope but eventually didn’t do more than spoiling Baldin’s shutout.

“It was a difficult start for us. We came with a lack of focus in the game and in this type of tournaments you cannot just play the last 10, 15 minutes,” said Slovak defender Lenka Curmova.

The Slovaks are now out of contention for a ticket to the Olympics and will aim at their first win and a third-place finish in tomorrow’s game against Korea.

The French women’s national team will play its last game tomorrow at 19:00 against Sweden and aim at its first Olympic participation with a win against the host nation.
France vs Slovakia - 2022 Women's Final Olympic Qualification Group E 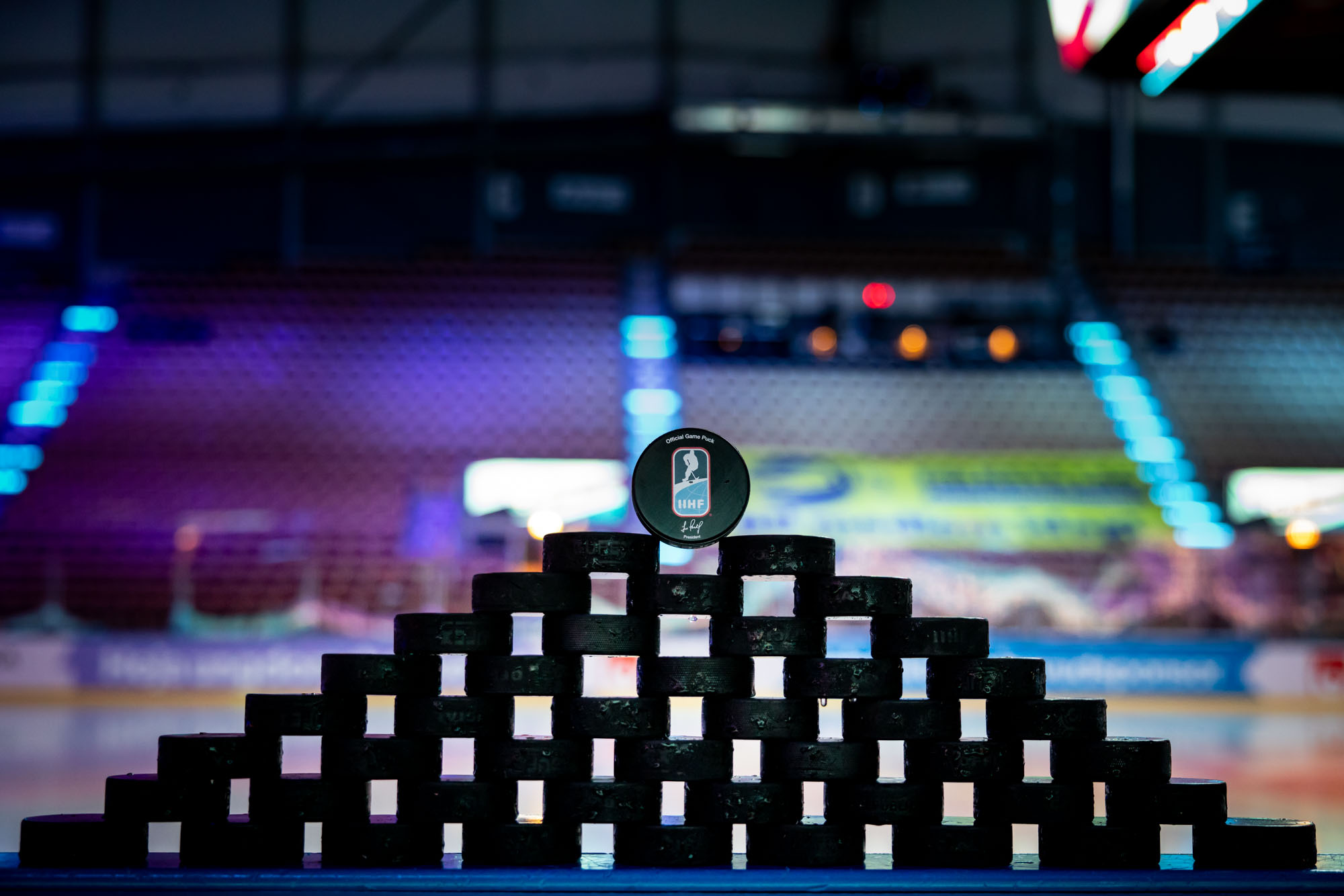 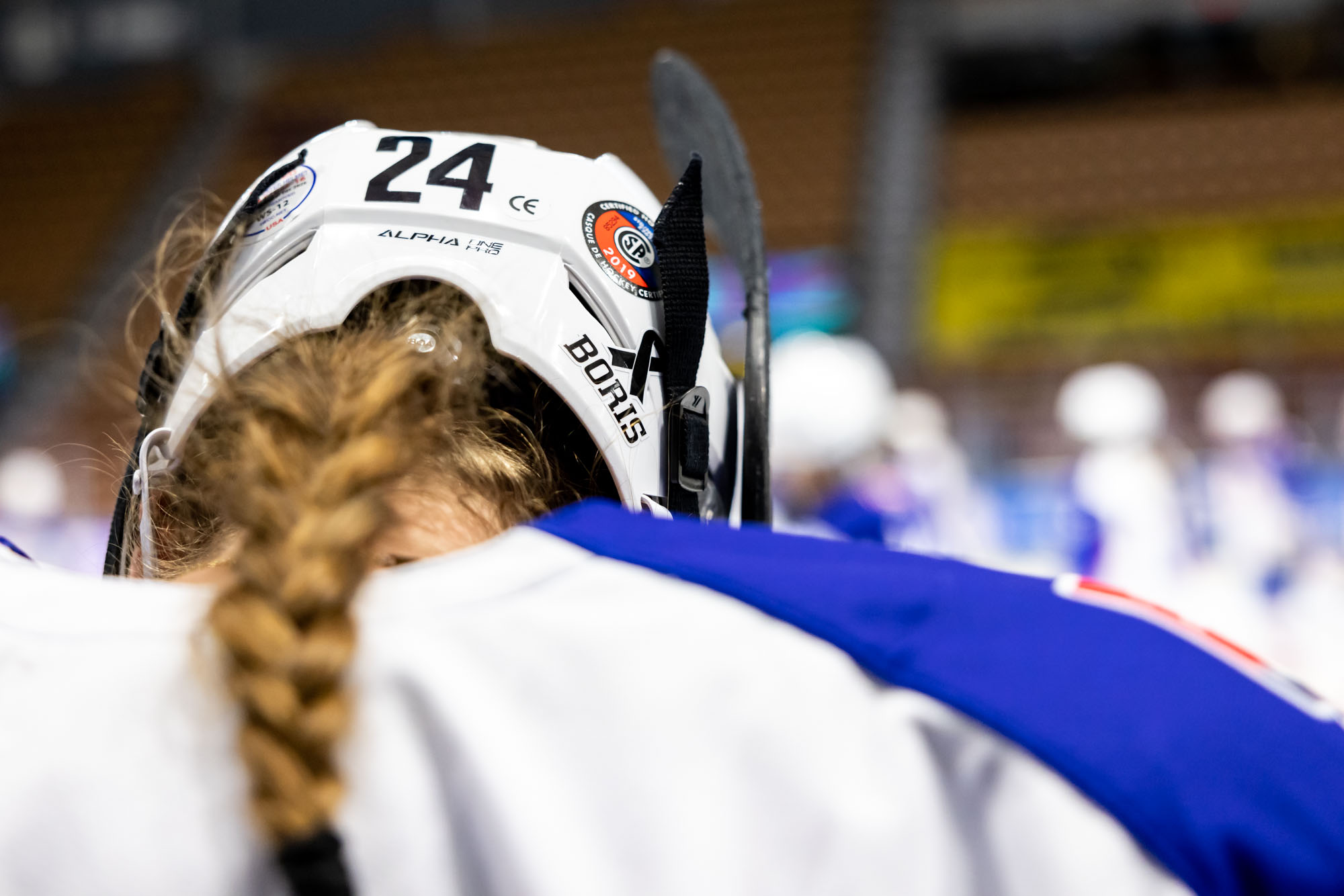 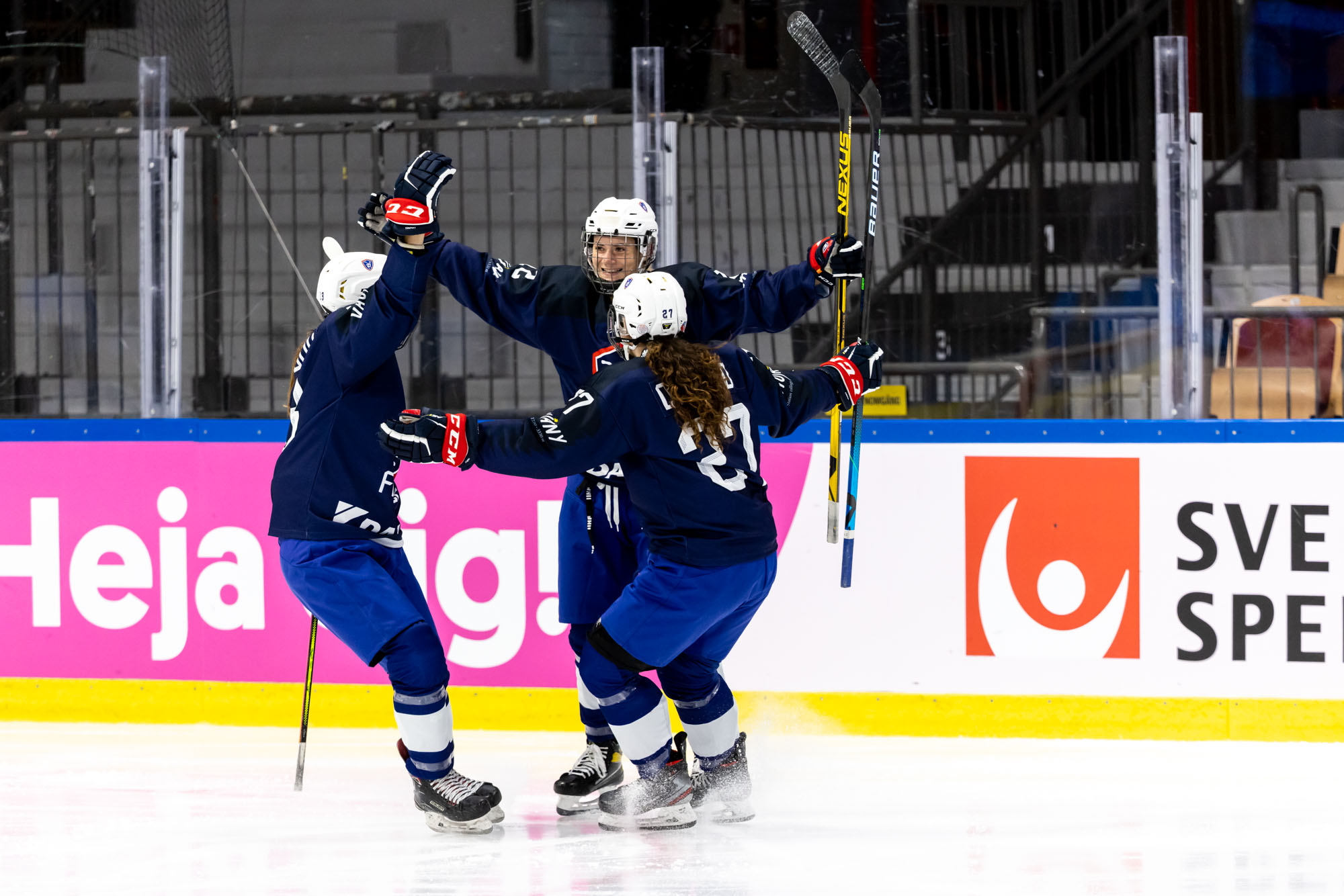 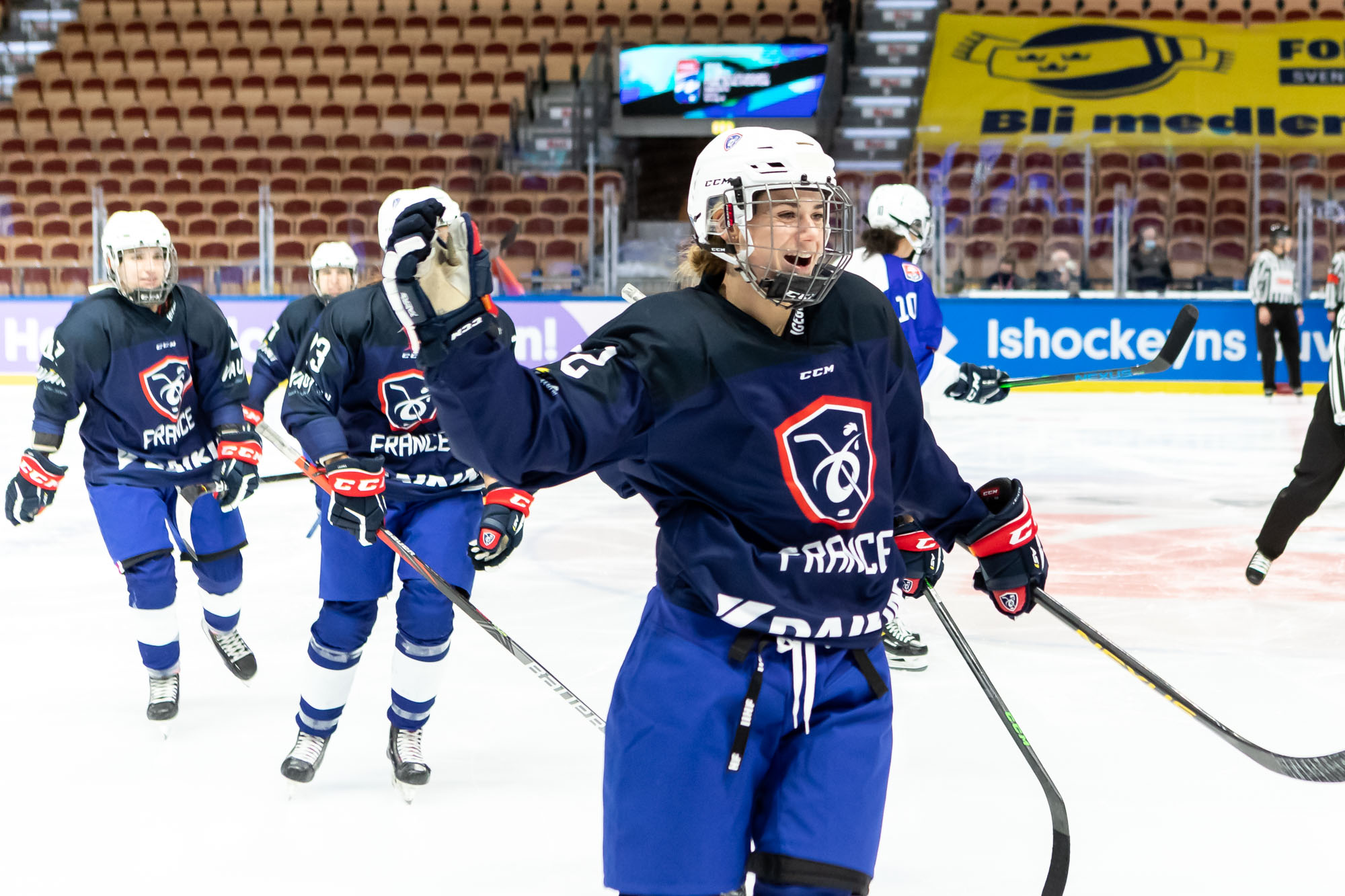 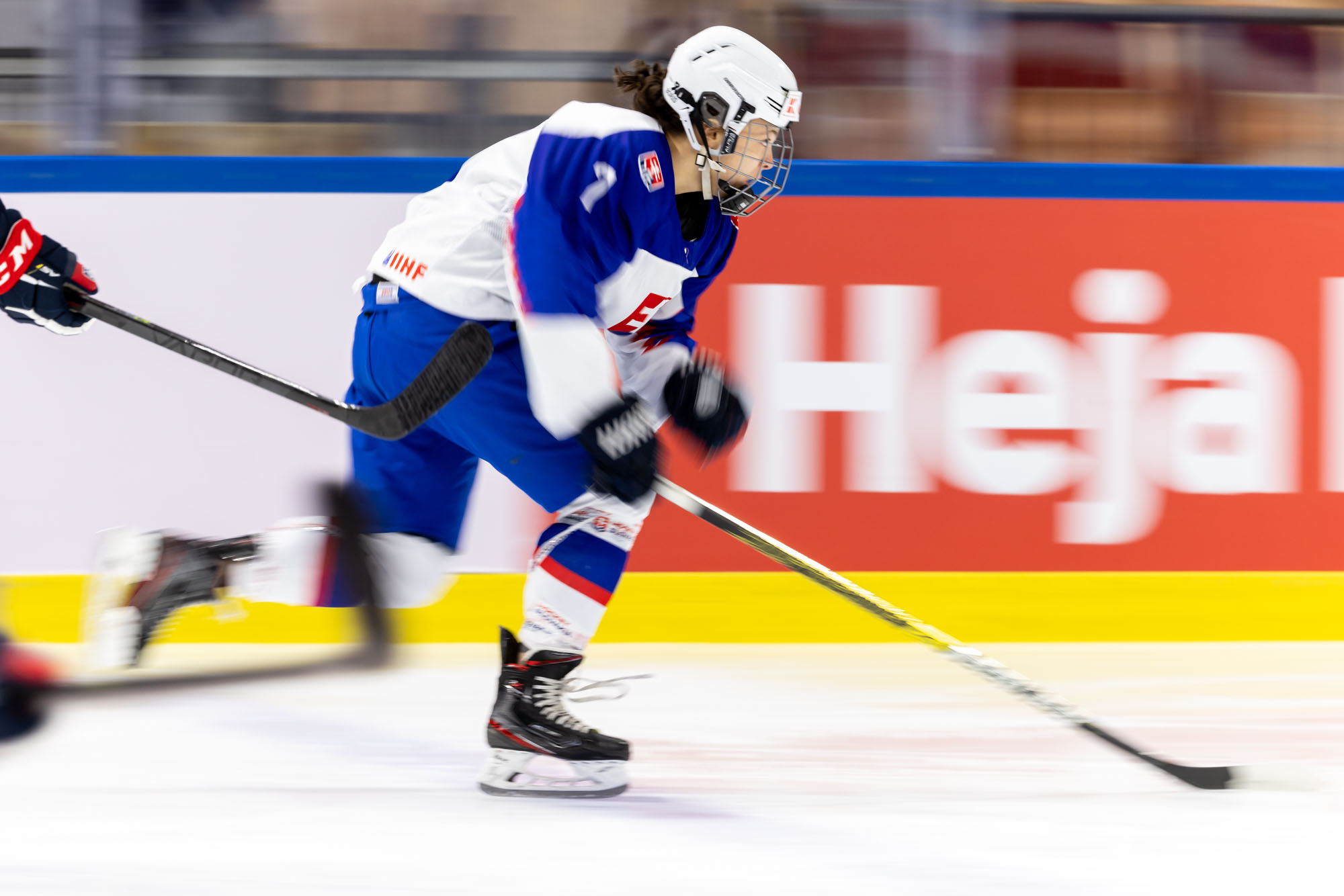 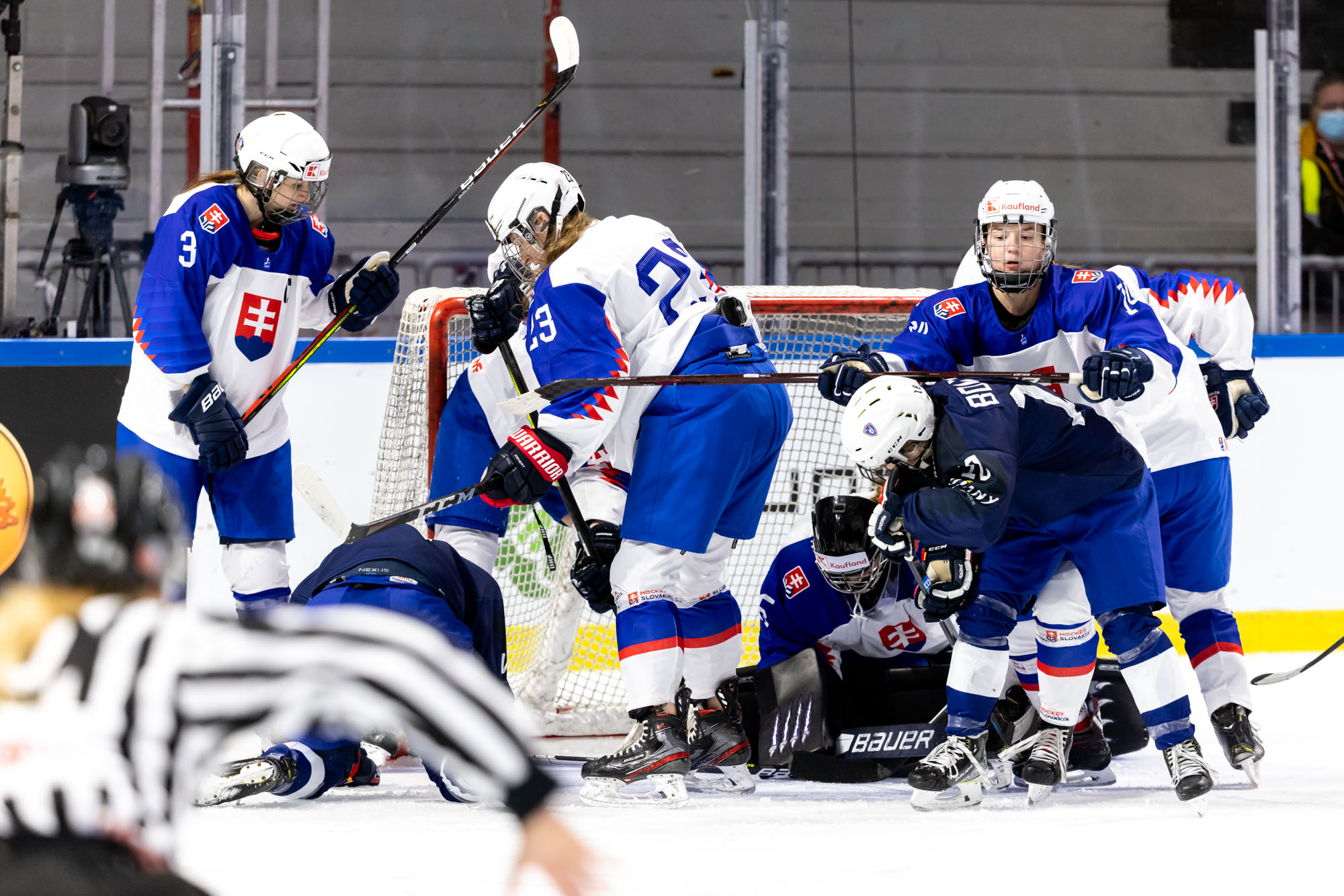 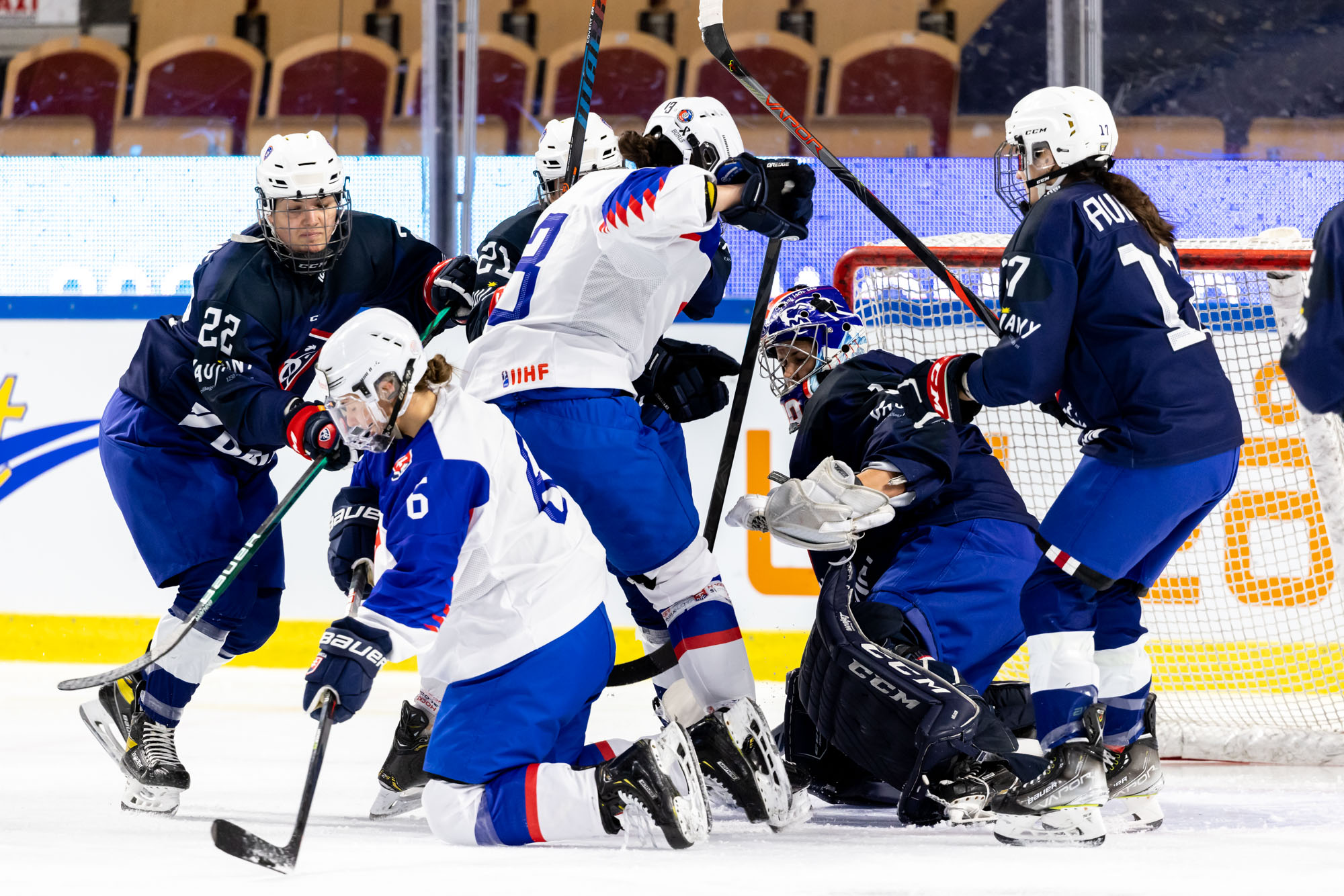 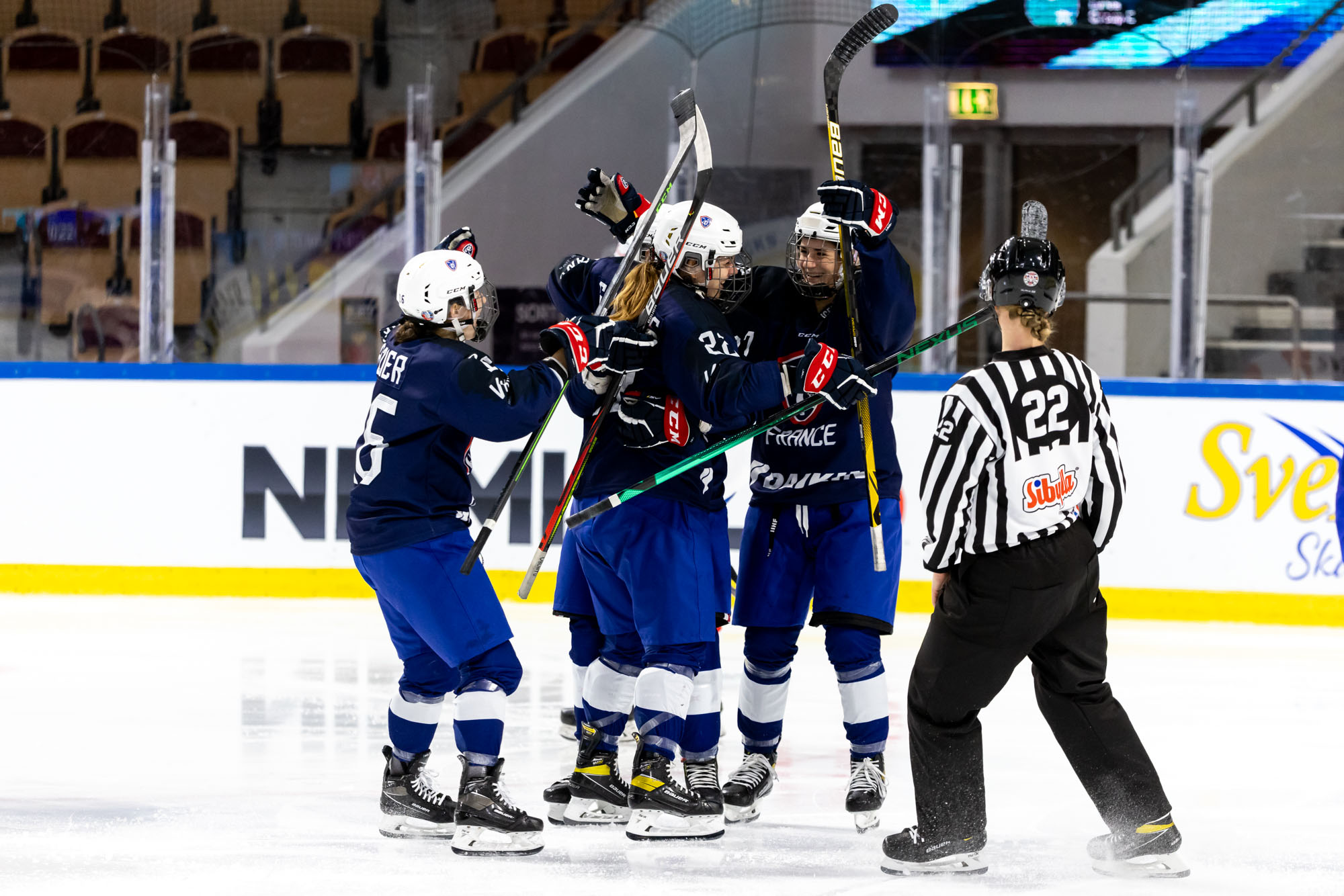 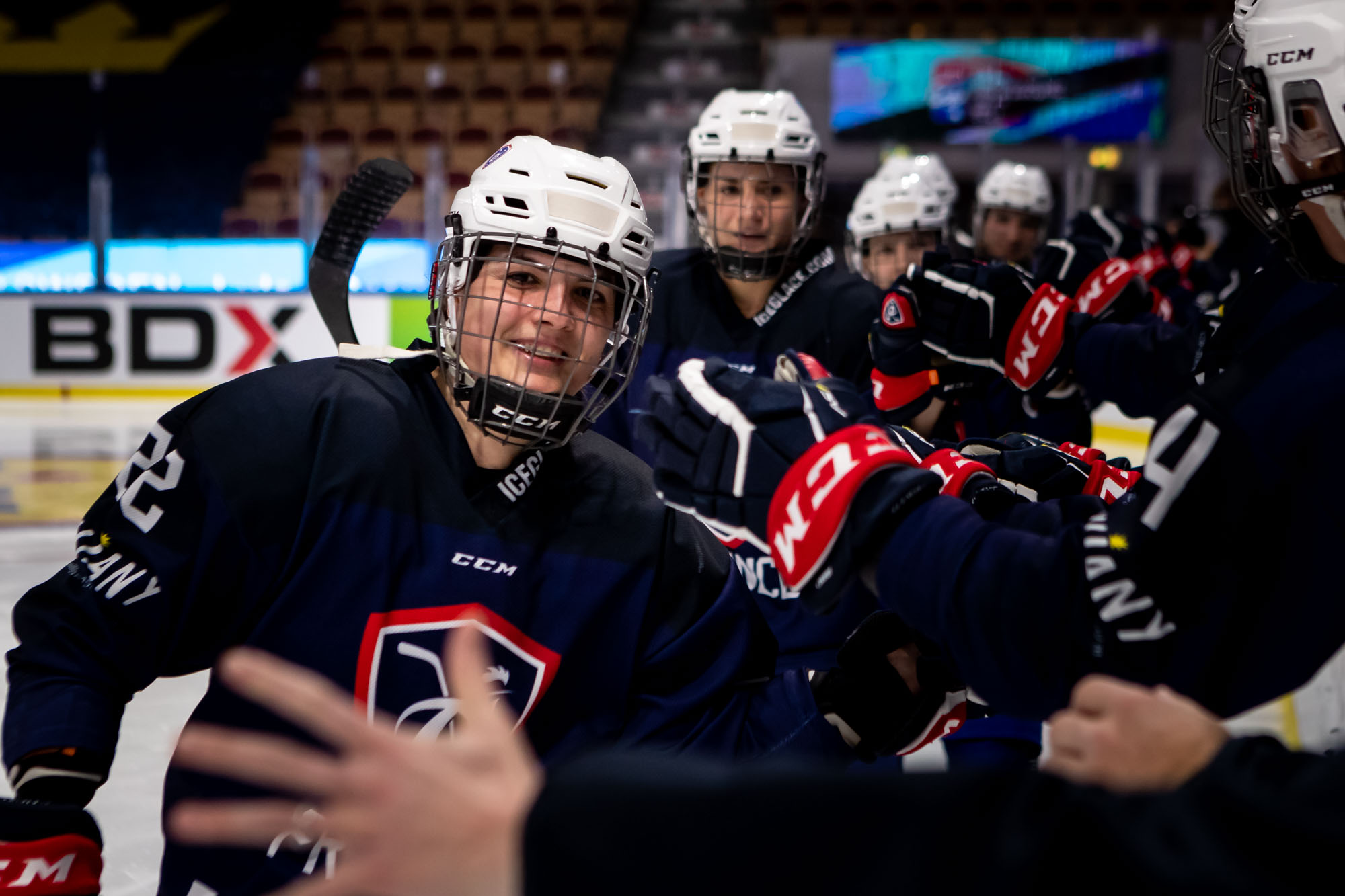 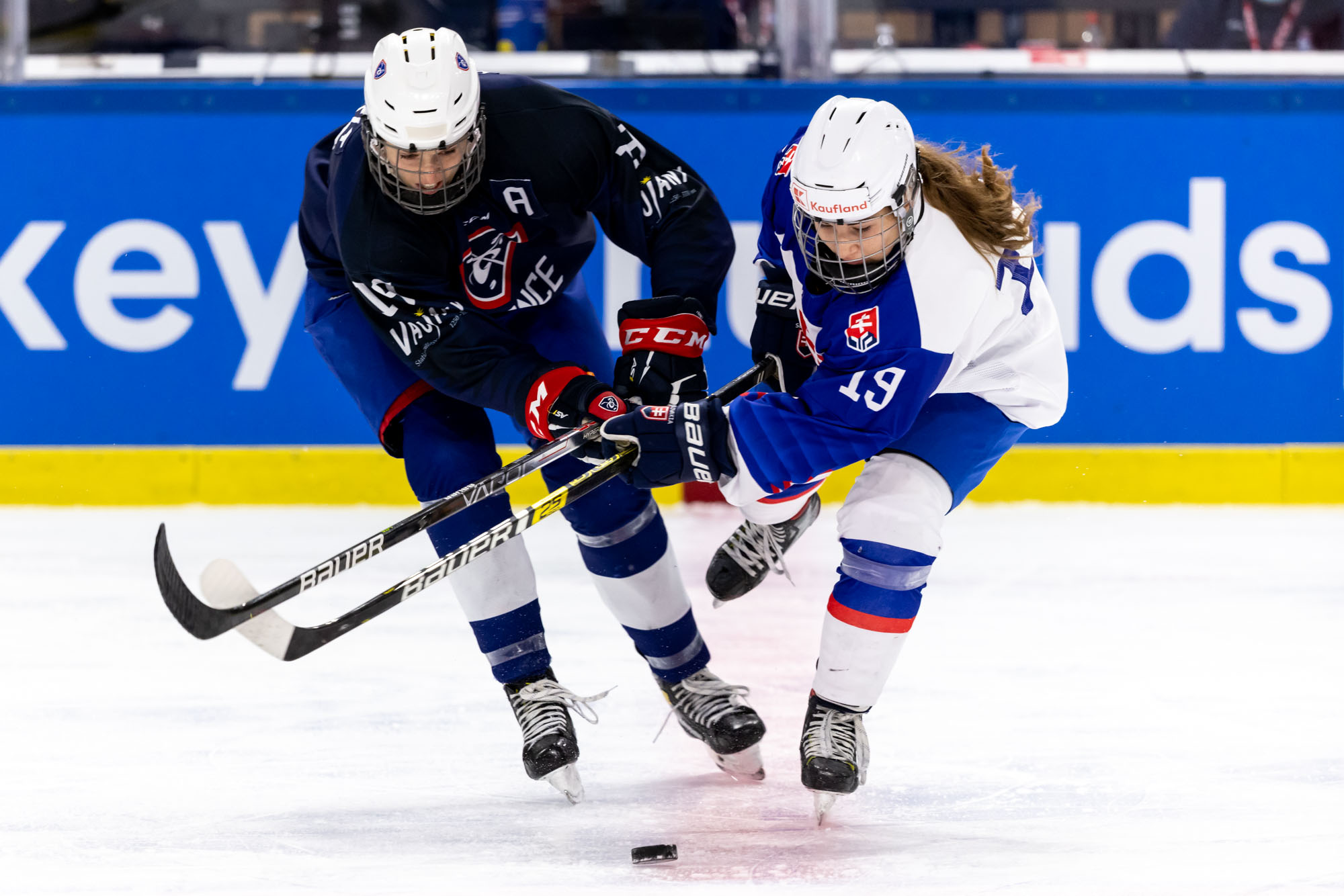 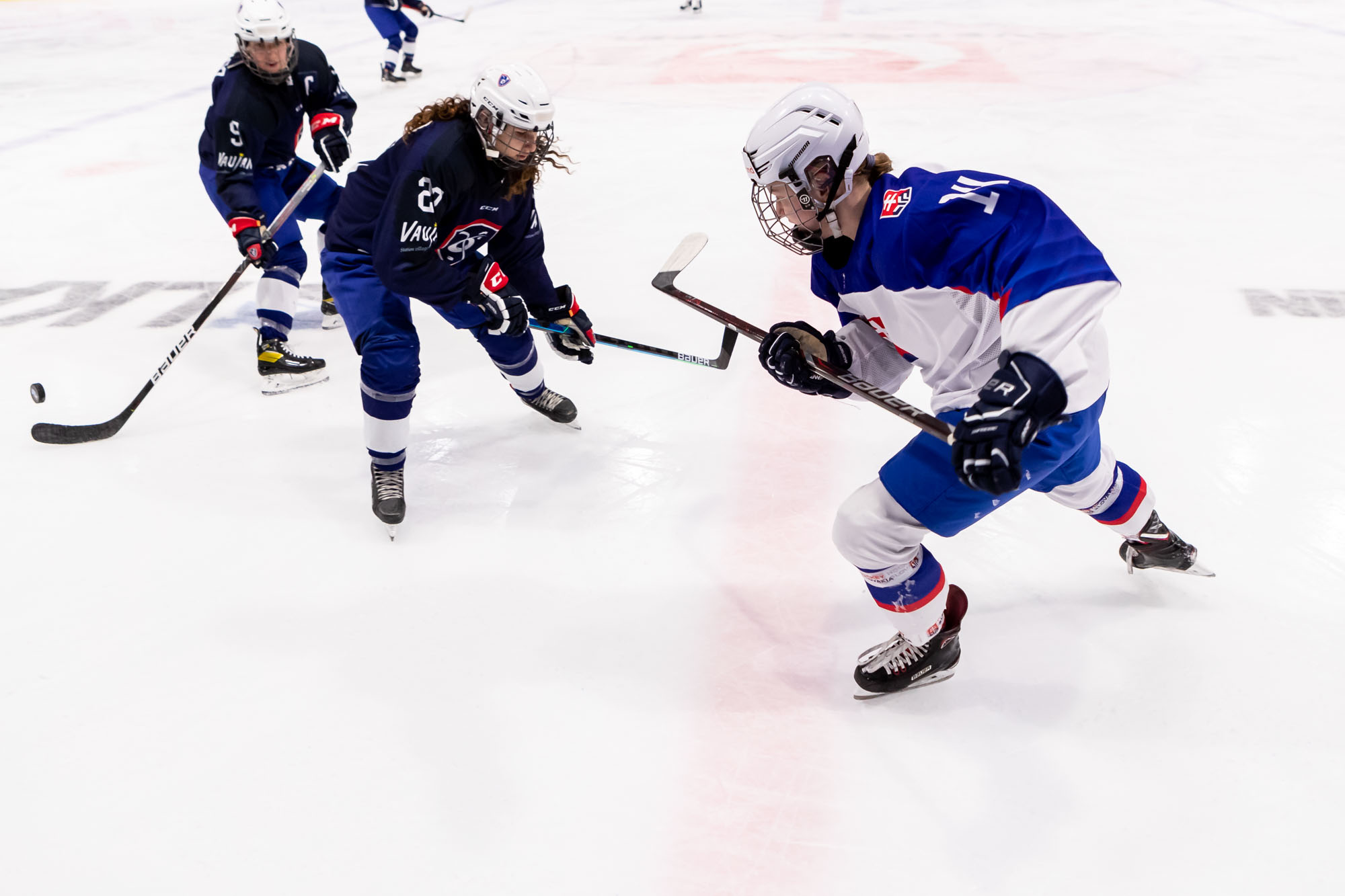 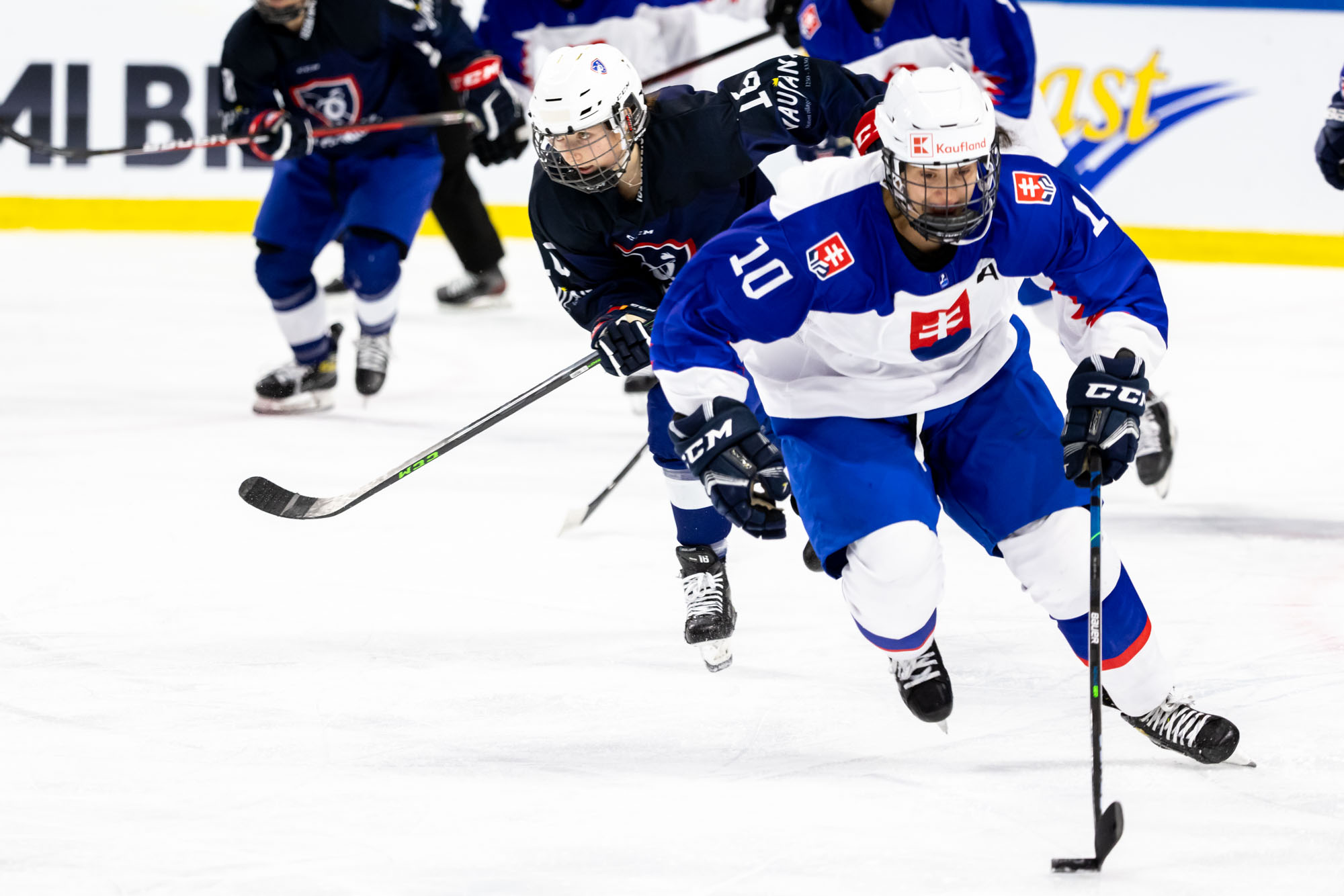 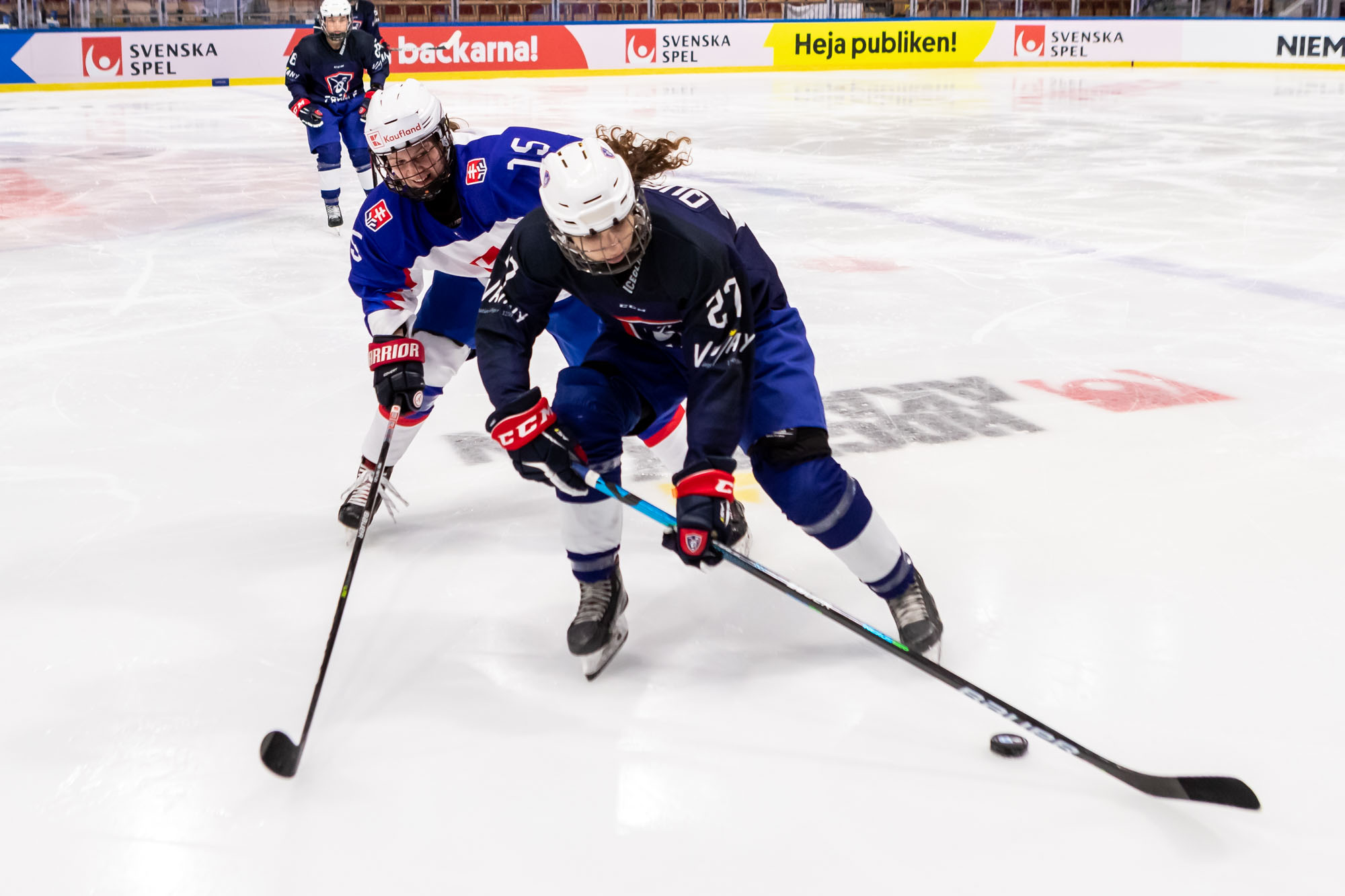 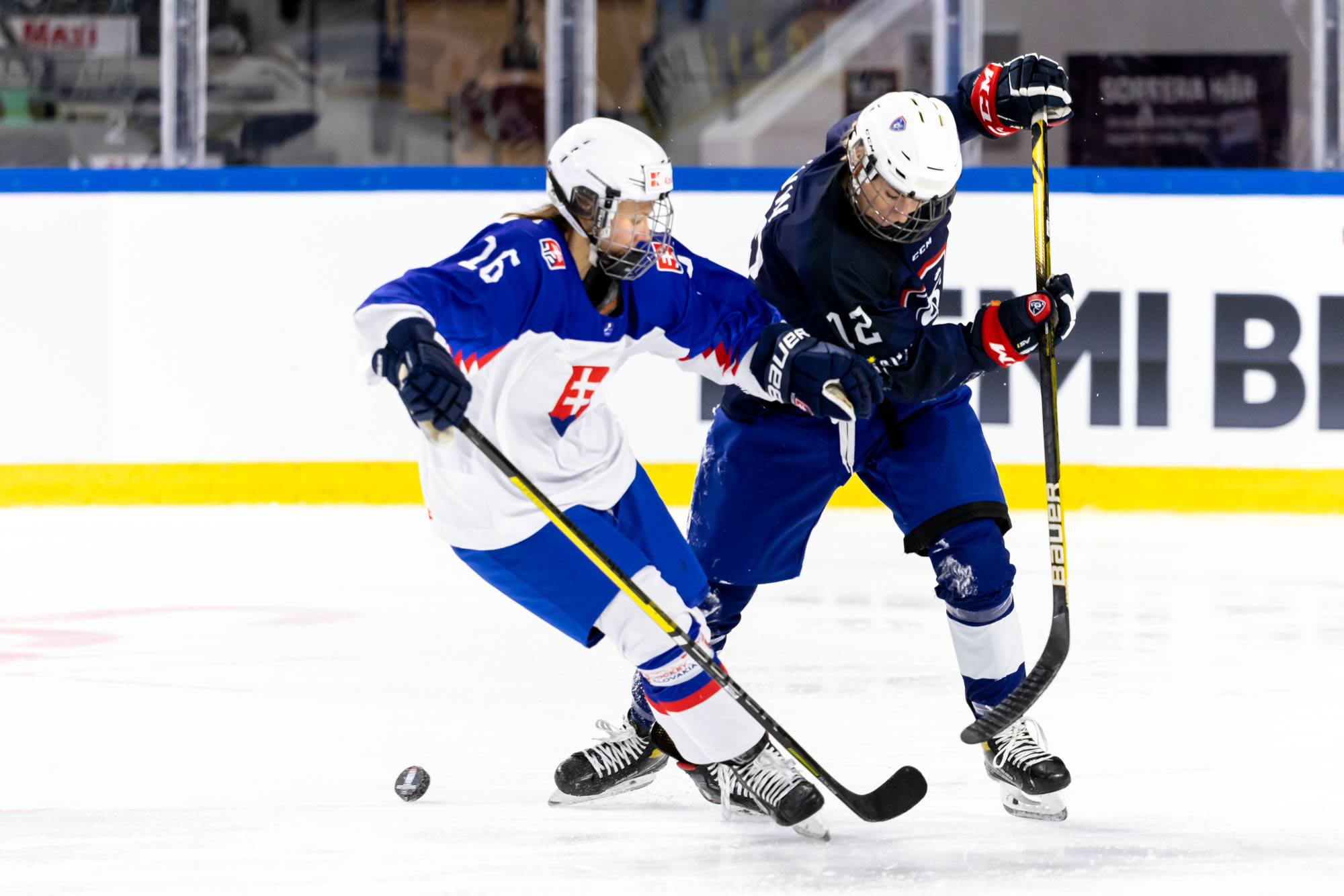 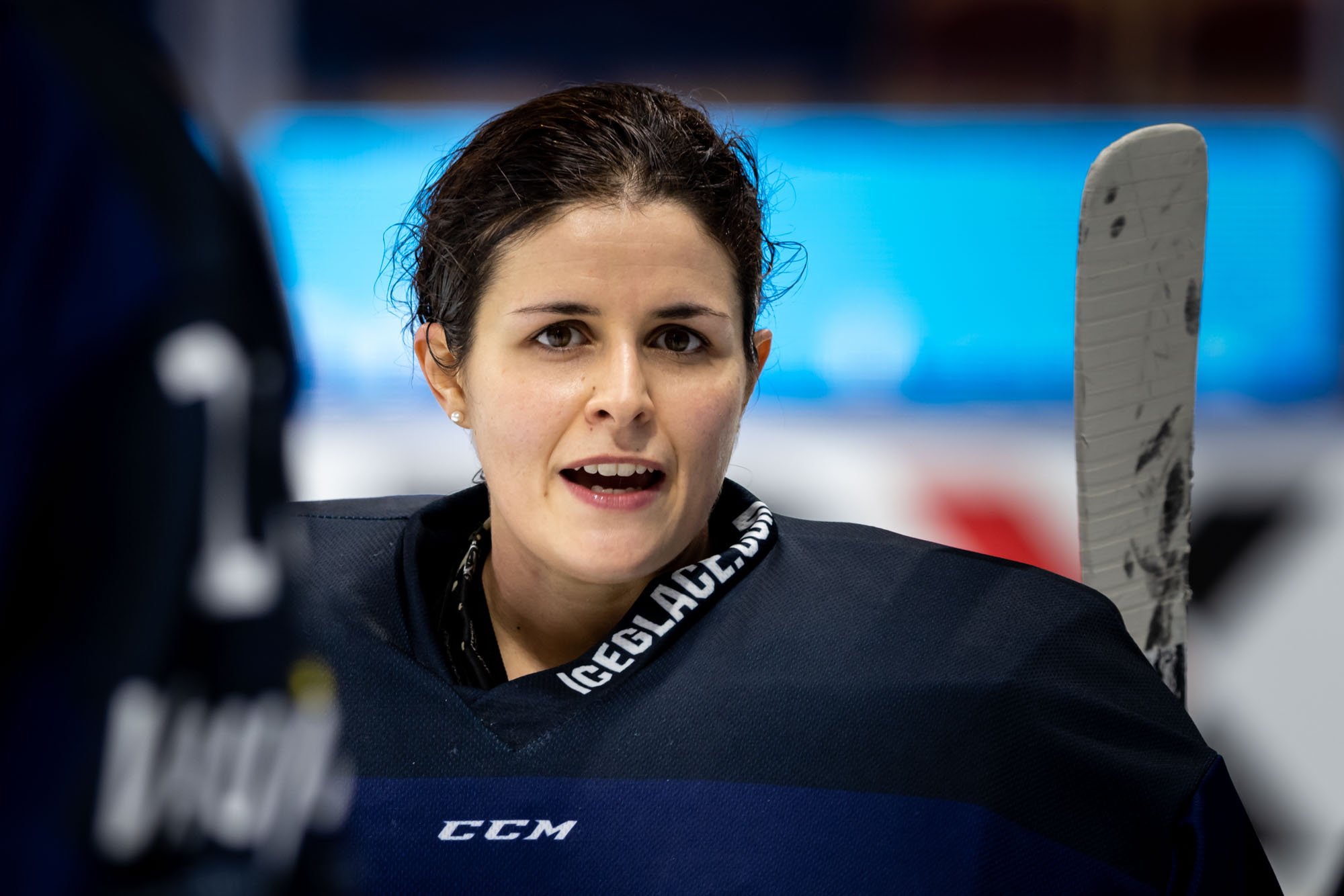 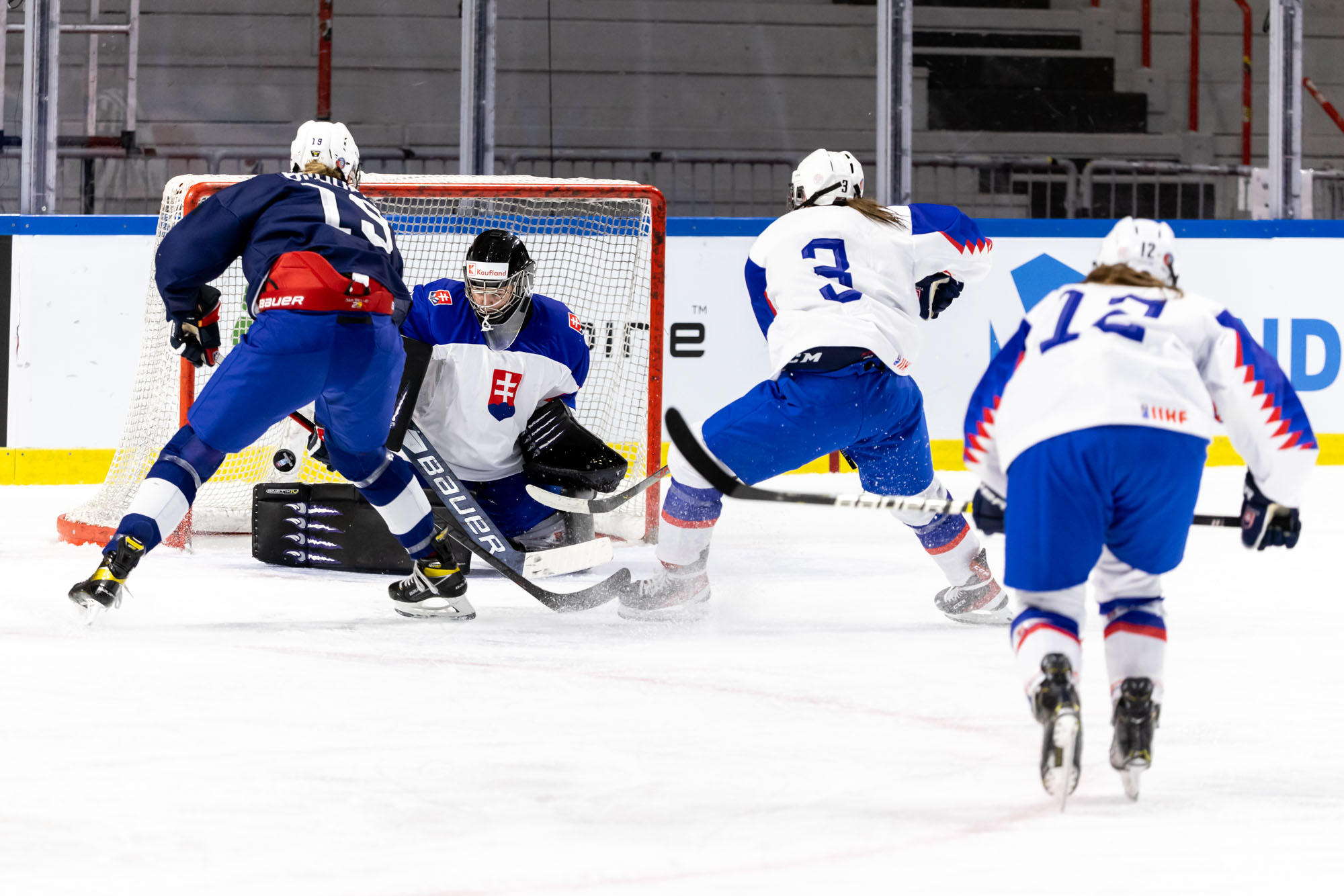 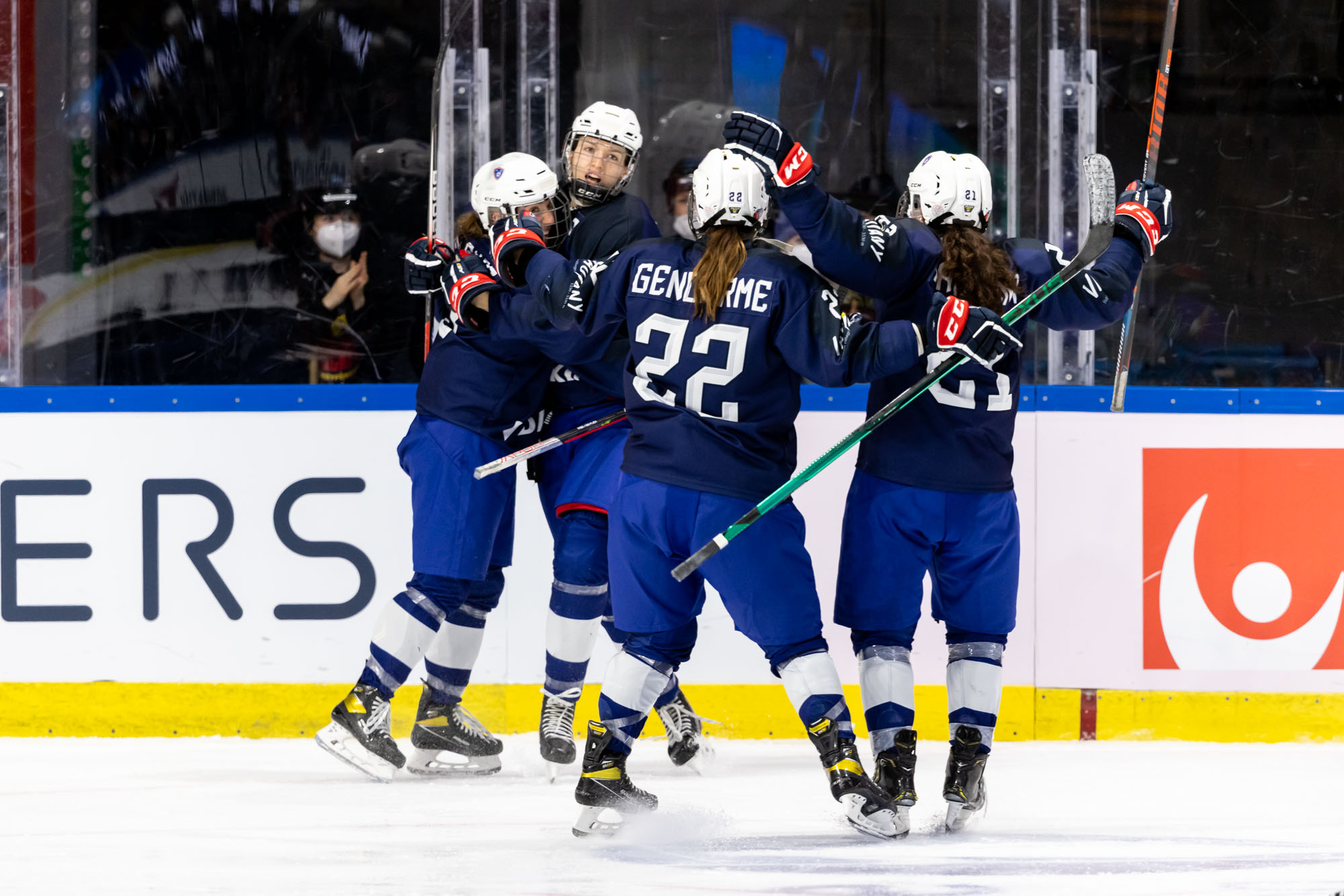 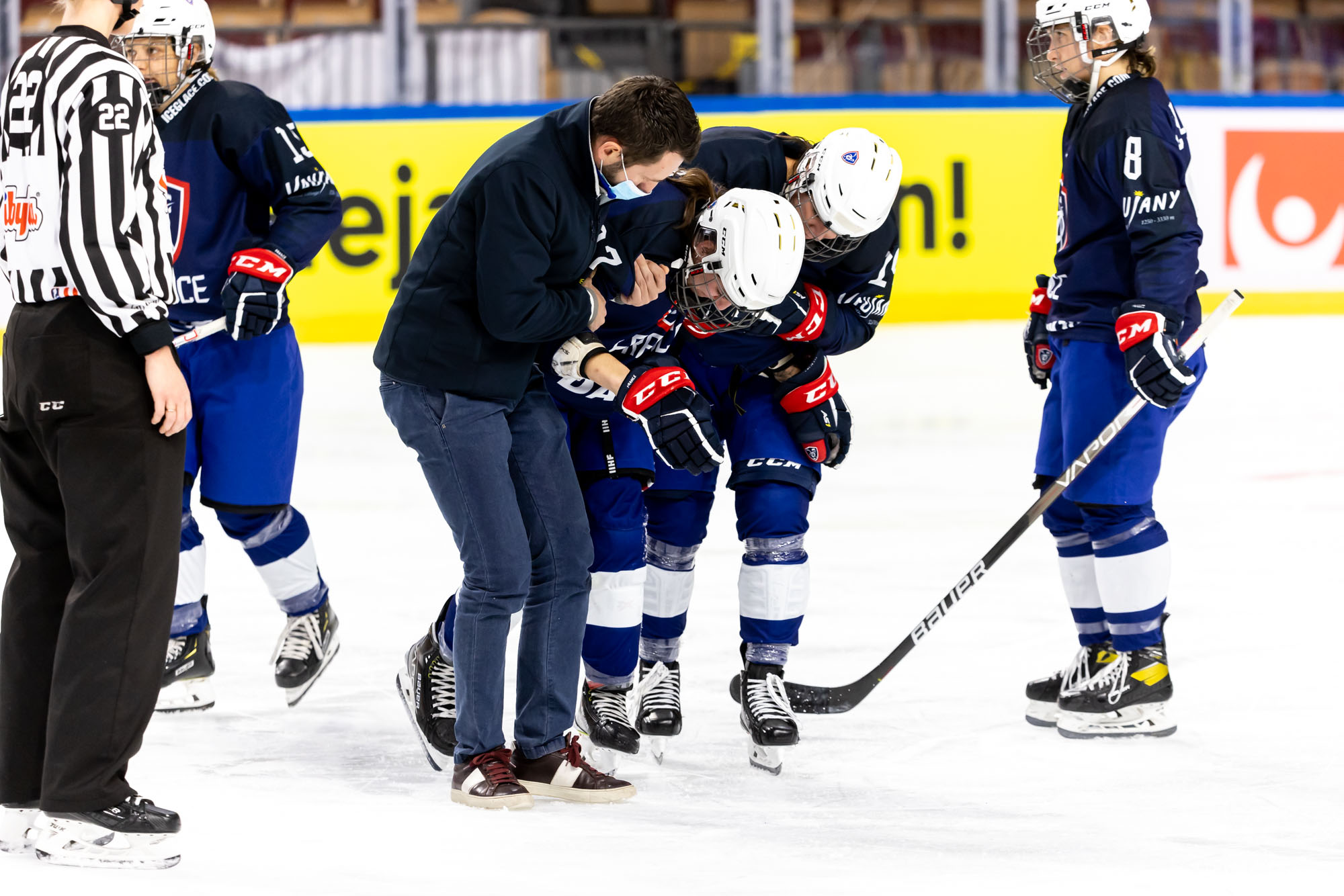 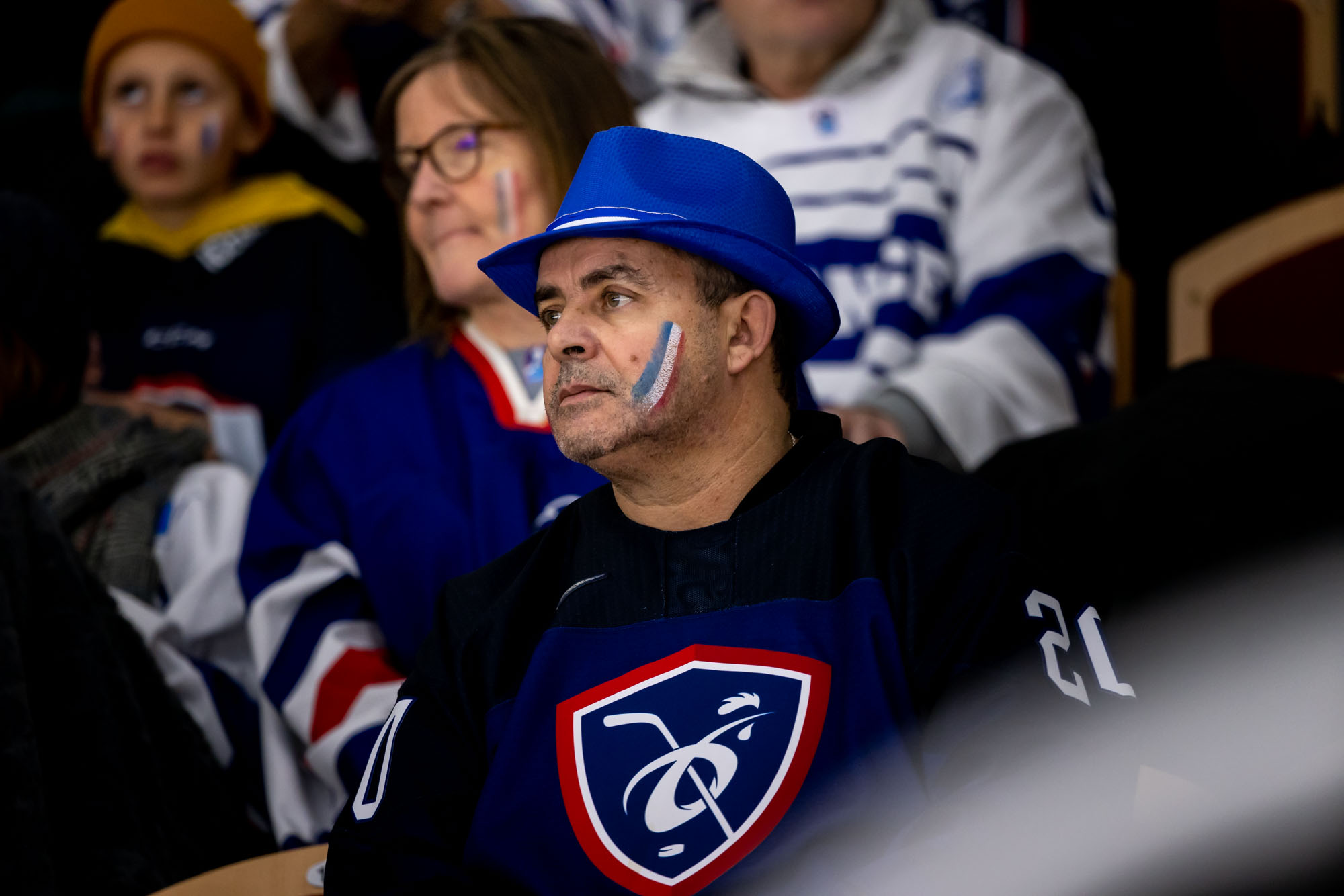 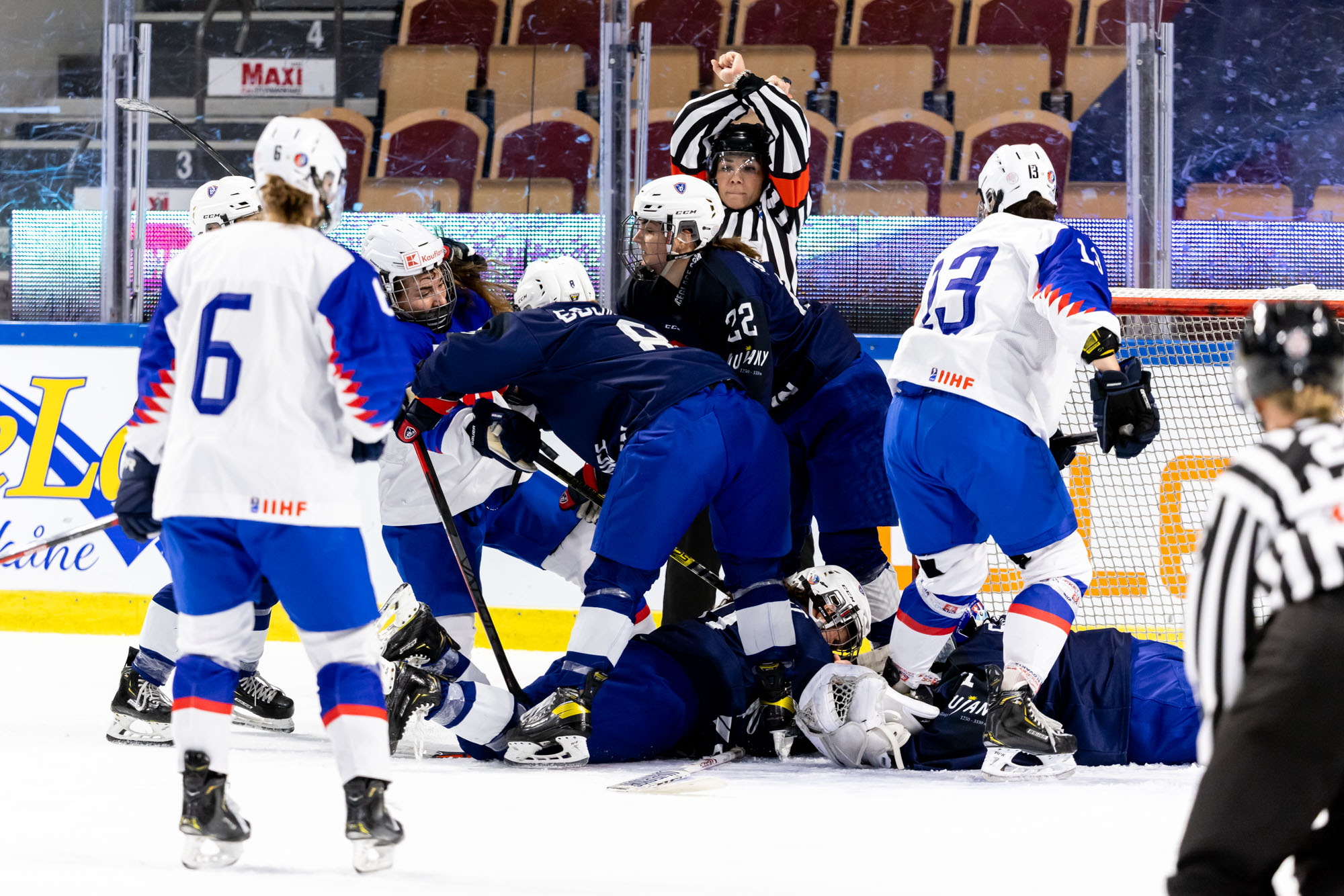 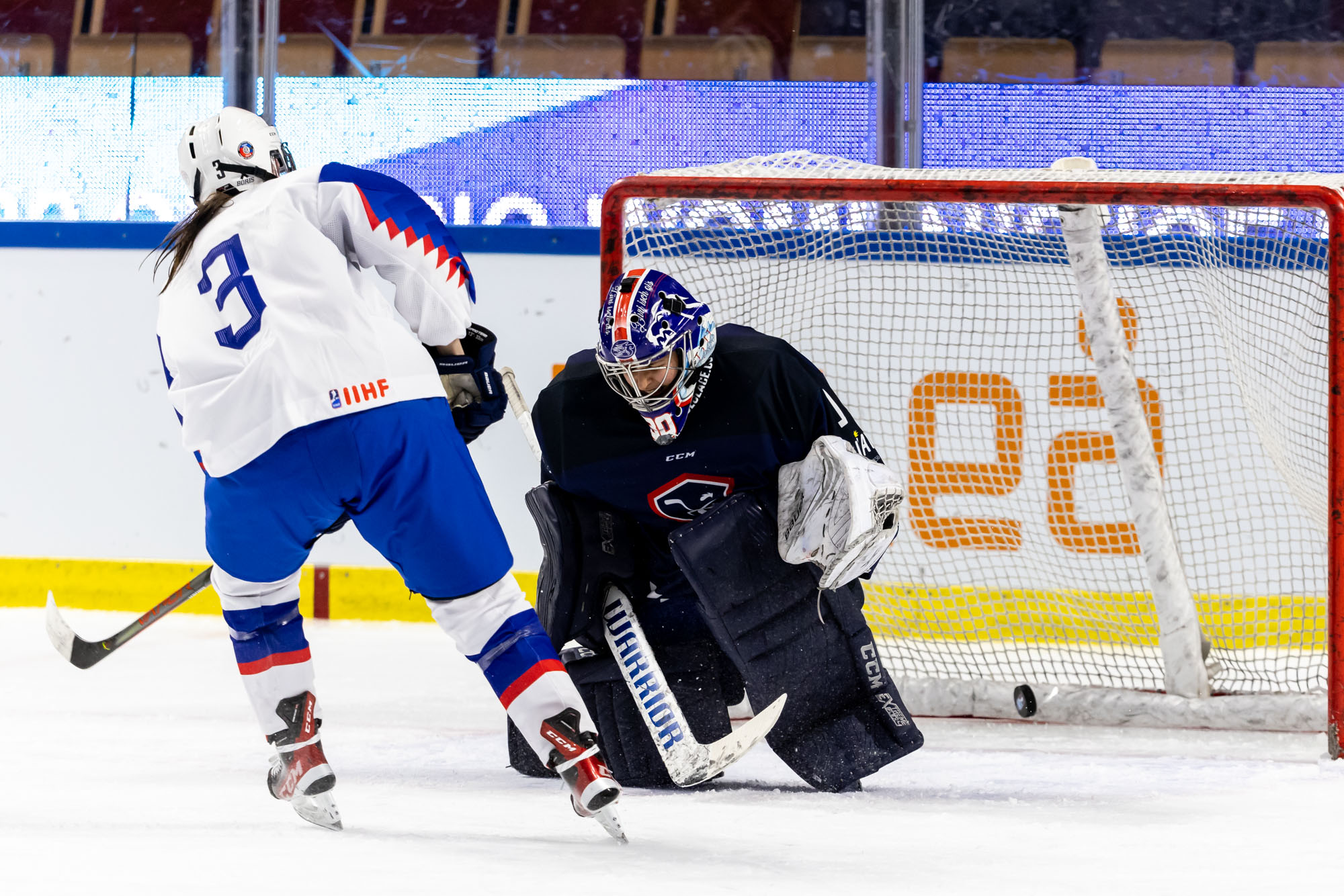 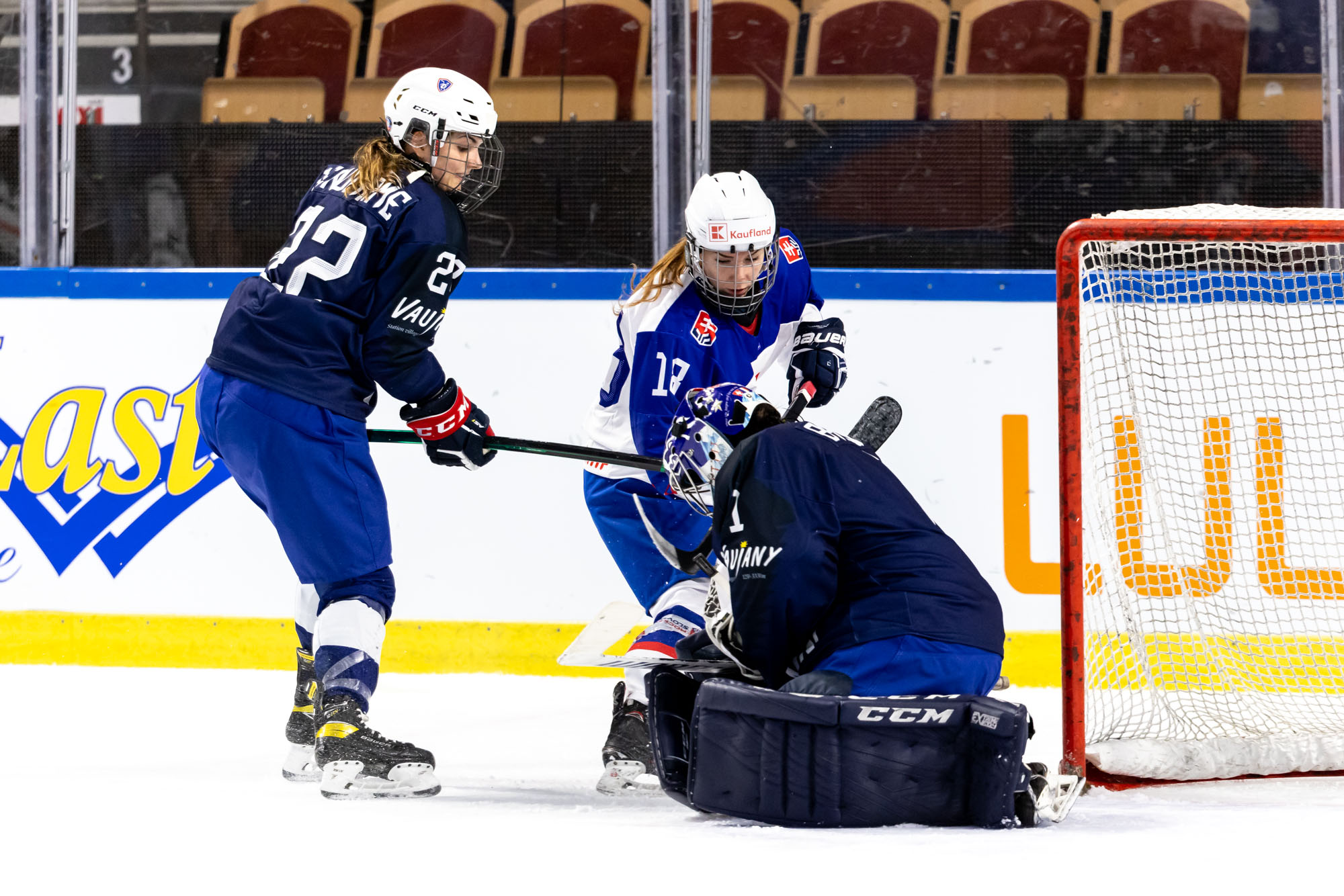 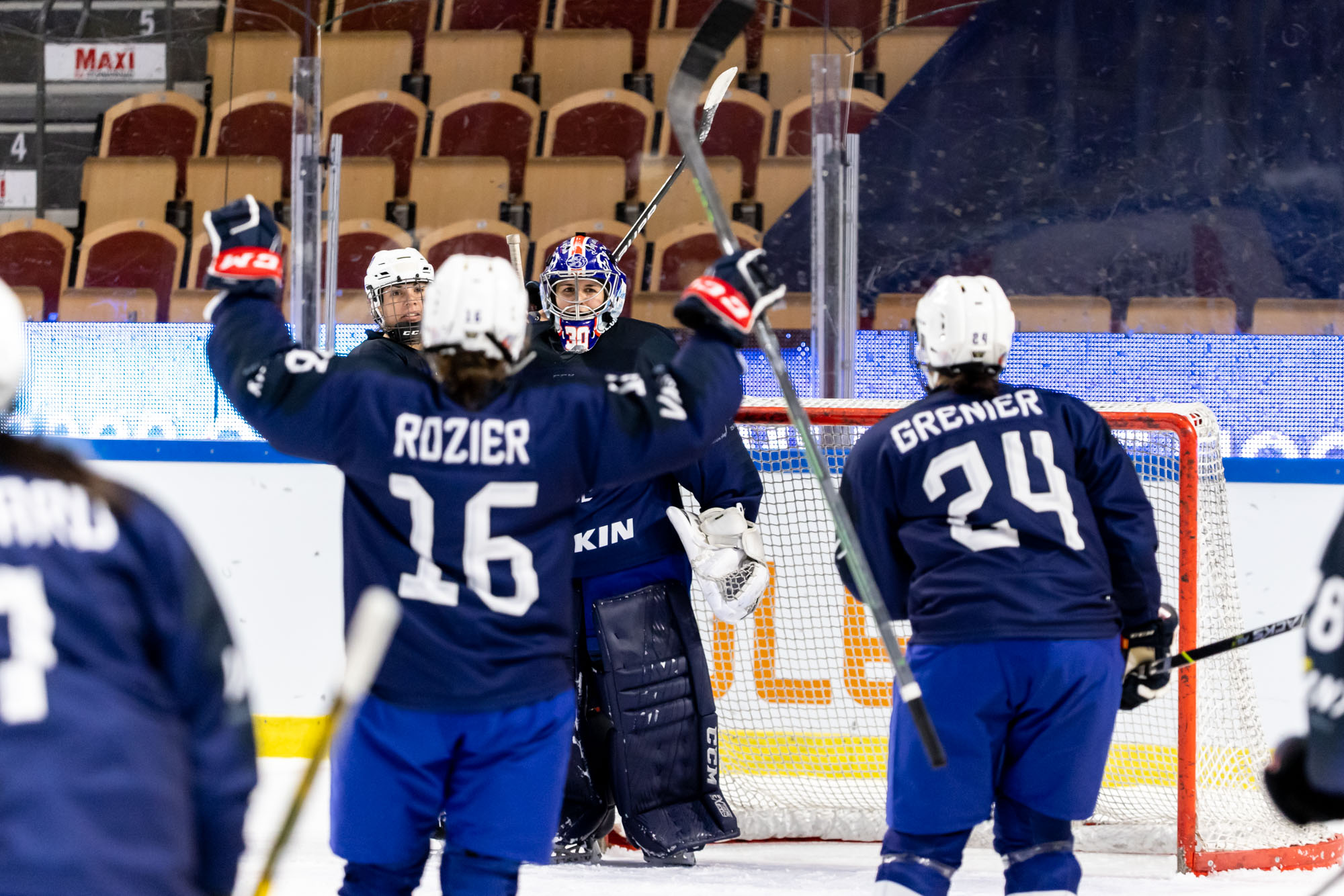 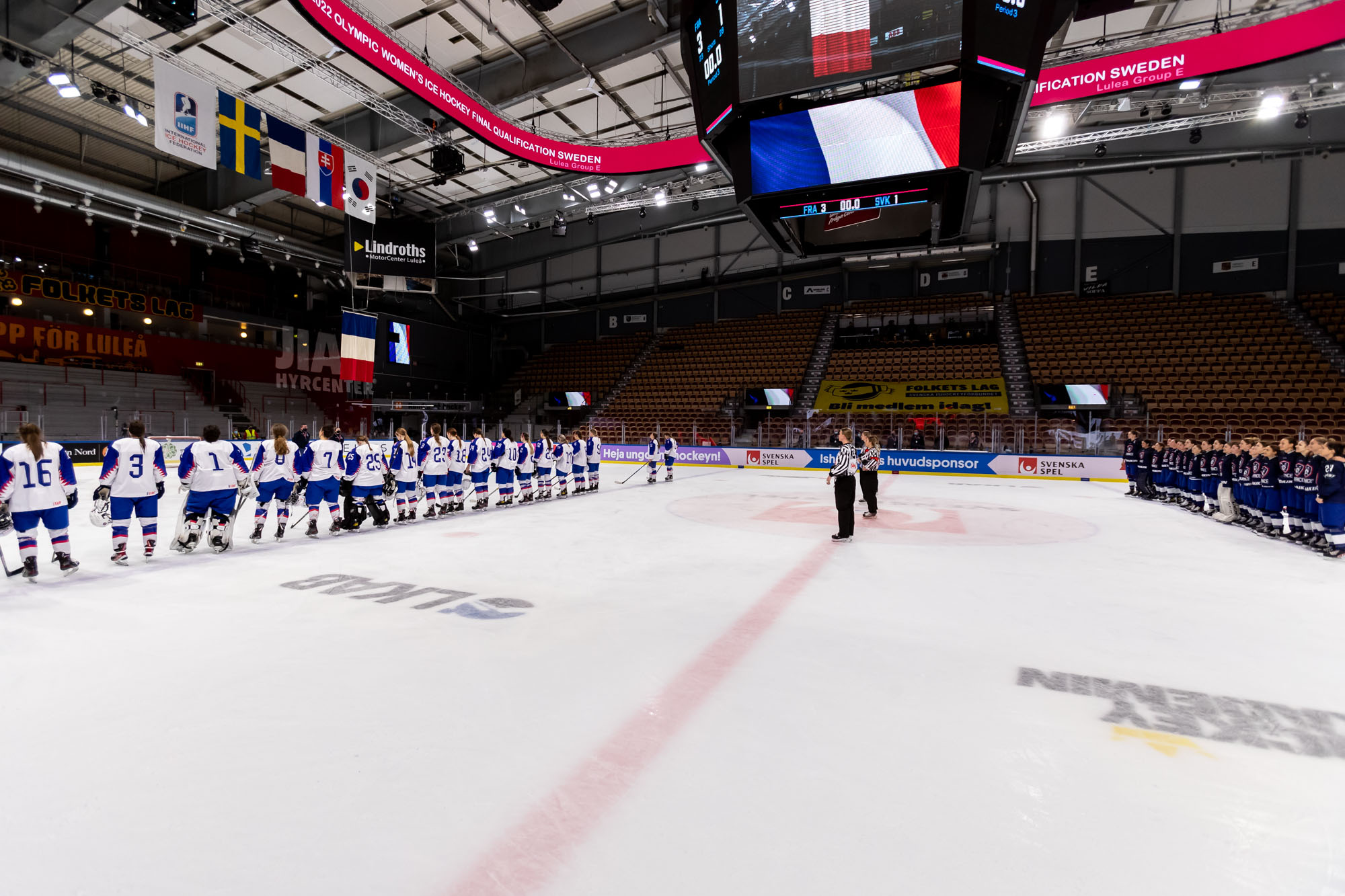 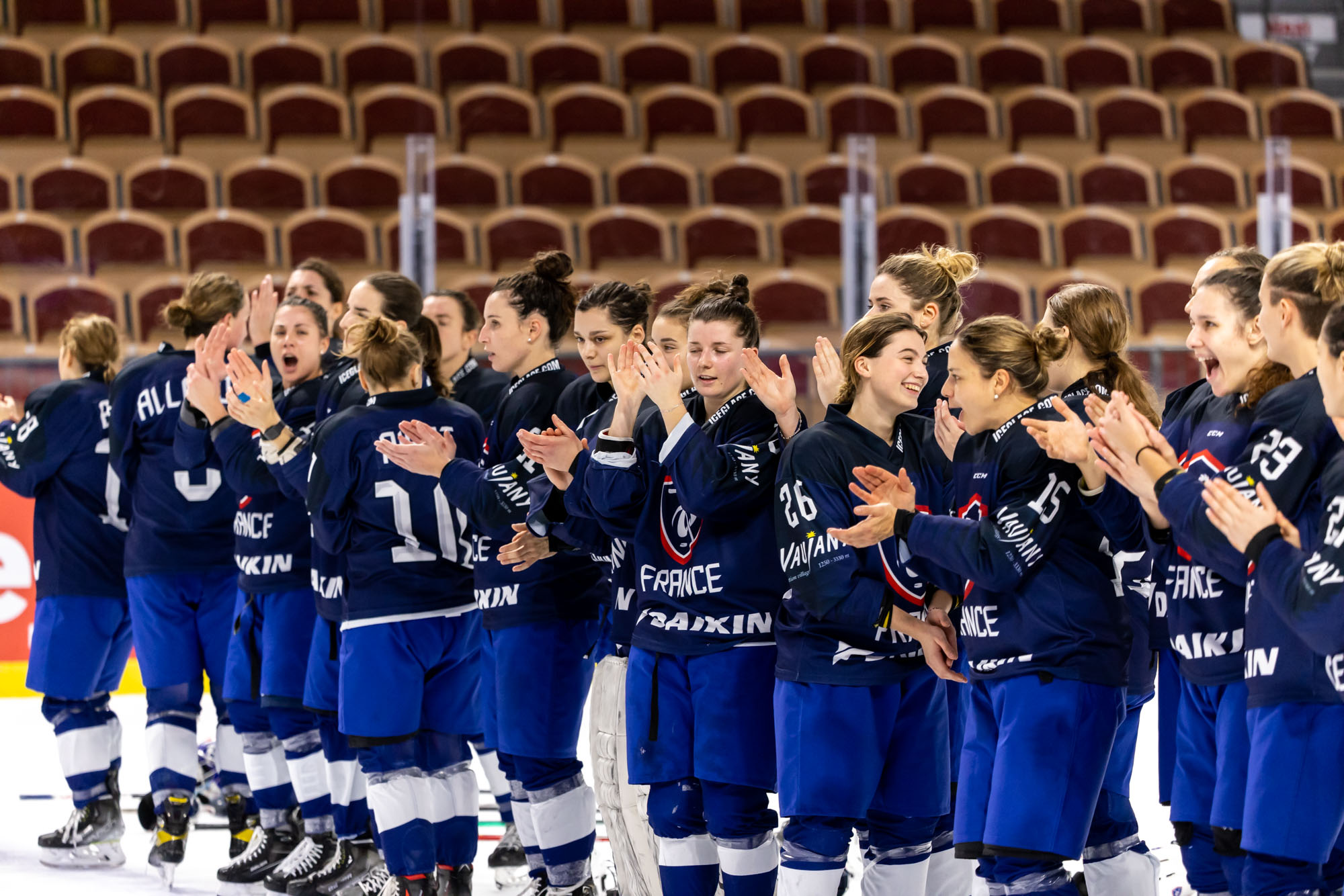