Swedes take the lead
Sweden’s Emma Nordin celebrates one of her goals against Korea.
photo: Fredrik Sundvall
share
Sweden took the lead in the Women’s Final Olympic Qualification Group E on home ice in Lulea after beating Korea 15-0 in a lopsided encounter. The Swedes will meet France, which is also undefeated, for a winner-takes-it-all game for a ticket to the Beijing 2022 Olympics on Sunday night.

Emma Nordin and Felizia Wikner Zienkiewicz both scored a hat trick while Sara Hjalmarsson led her team in point (2+3=5) as Sweden outshot the Koreans 47-5.

“We came out really hard as we talked about before, tried to be strong with the puck and do quick turnovers, get a lot of shots on the net,” Swedish defender Anna Kjellbin said.

The teams had previously met only in 2018. At the PyeongChang Olympics Sweden beat the Unified Korea Olympic Team 8-0 and 6-1 in an otherwise mediocre Olympic campaign.

However, only few Korean players still remain with the team that has an age average of just 19 with only four players born before 2000. The Swedish players are in average five years older, five centimetres taller and nine kilos heavier. And they scored many more goals with a lot of clapping from the over 1,400 fans in attendance.

“We started really well in the first couple of minutes so that really put them back on their heels,” said Hjalmarsson.

The first two minutes of play were slow but then Sweden scored a pair of markers during a span of just 29 seconds to set the tone already early on.

With the second shot of the game Olivia Carlsson opened the scoring at 2:16 after some tic-tac-toe passing of the Damkronorna team. Linnea Hedin sent a strong pass from the blueline to Hjalmarsson left from the crease, who back-passed to a free Carlsson in front of the net.

With the next shift the Swedes put again strong pressure on the Korean net. Michelle Lowenhielm deflected a long shot from Mina Waxin and Wikner Zienkiewicz capitalized on the rebound.

The young Korean team continued to struggle against the bigger, faster and more skilled Swedes. Olympian Jongah Park lost the puck in the own zone allowing the Swedes an easy chance. Nordin got the puck, passed back and forth with Josefin Bouveng before netting the puck for the 3-0 score at 6:45.

“It was a tough game for us. Thanks to the players who played for this game. It was a good learning for our team. The Swedish players have good individual skills, are faster, made pressure. We would like to develop our Korean ice hockey one step better so that we can compete with them next time,” said Korean head coach Sang Jun Kim.

Less than two minutes later Lisa Johansson won battles for puck possession around the offensive blueline and saw Hjalmarsson on the right side, who converted the diagonal pass.

At 10:50 Lina Ljungblom scored another one with her shot from behind the face-off circle and 38 seconds later Linnea Hedin was responsible for the 6-0 goal after a horizontal pass along the crease from Lisa Johansson.

“We were humble before and throughout the whole game. I like our good habits in the way of playing. We met a team that fought well. We played a good game. You have to be right here right now and not look too far to the future,” said Swedish head coach Ulf Lundberg.

Not much was happening on the other side, even not when the Swedes conceded a penalty for too many players on the ice and gave the Koreans the chance to play with an extra player for two minutes. It was 17-0 shots on goal and 7-0 goals in the first period with number 7 coming from Wikner Zienkiewicz.

“We expected that it will be a tough game for us but wanted to play what we can do. I experienced the team at the 2018 Olympics. The Swedish players developed well since then. We also need to develop the same way and become better,” said Korean defender Chaelin Park.

Already 16 seconds into the second period the goal galore continued when Nordin was too fast for the Korean defence and made it 8-0. But the Swedes took it a little bit lighter on the Koreans in the middle frame running up the score to 11-0 with goals from Bouveng, Hjalmarsson and Wikner Zienkiewicz.

The third period continued as the second ended. The Swedes didn’t need a big effort to control the game and score a goal every now and then. Sofie Lundin, Ljungblom, Nordin and Johanna Fallman added markers for the final score of 15-0.

With the high-score win the Swedes overtook France in the standings but all that matters is who will be first on Sunday night – and that will be determined when Sweden and France go head-to-head in a winner-takes-it-all game.

“We have 24 hours to prepare for tomorrow’s game, it will be a tough game against them. But with the good habits from the games today and on Thursday we can make it. They are a tough team, they play good D-zone and have some fast forwards so we have to be ready,” said Hjalmarsson.

The teams have met four times in the past three months with the French winning one game while Sweden’s Damkronorna won the other three including an 8-0 win in a pre-competition game.

“We played them a couple of times this season. They like to skate a lot and have skilled players as well. They try hard to keep us outside. We need to get pucks to the net, be ready for rebounds,” Kjellbin said.

“We know they have few skilled players and are good at defending. The big thing for us is to keep the process up and develop our own game. We want to have the puck but we also need to go to the net and get the rebounds there,” he said.

“It will be important for us to be cool but prepared for the game. We have our home crowd here, which will help us but we have to be humble.”
Sweden vs Korea - 2022 Women's Final Olympic Qualification Group E 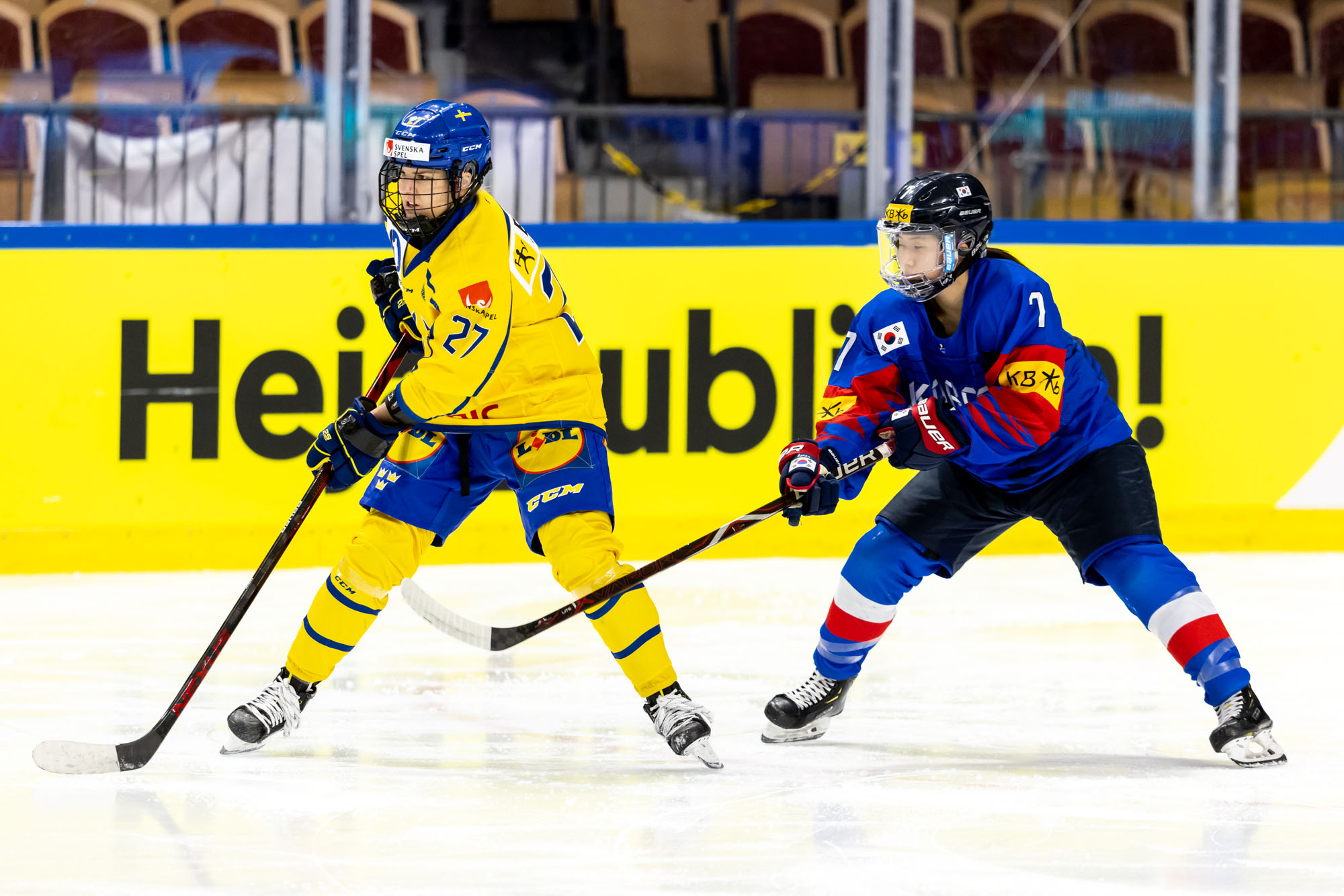 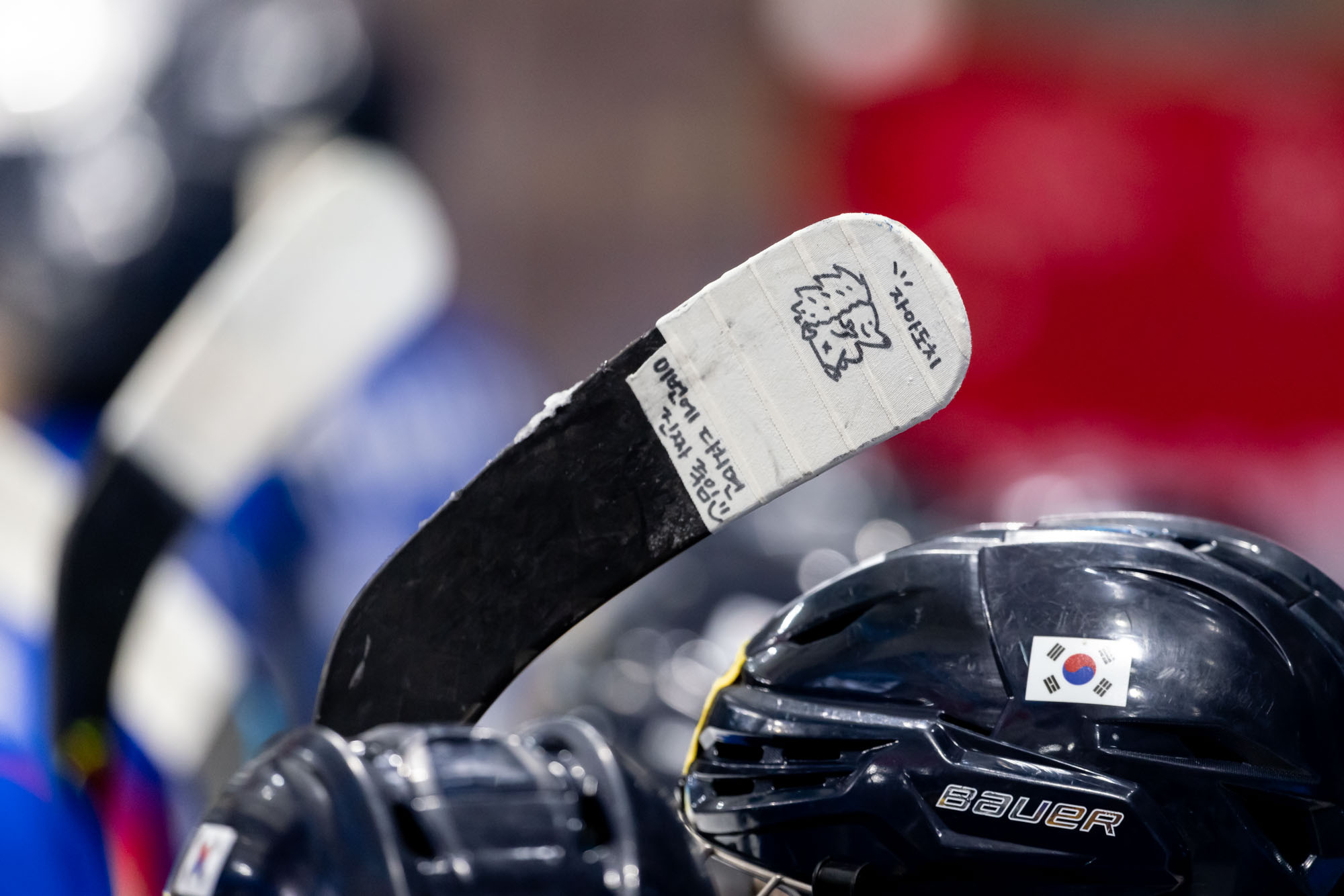 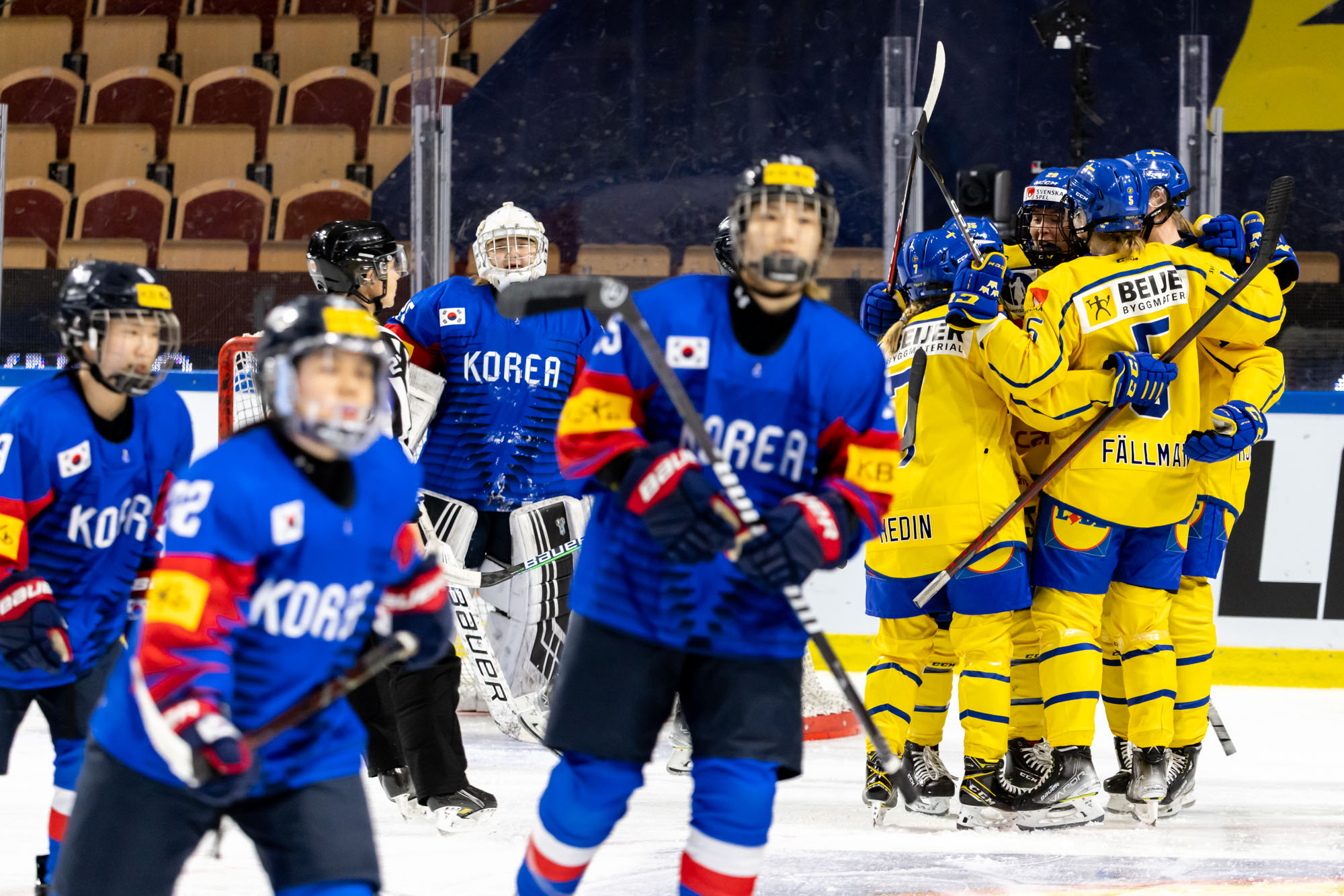 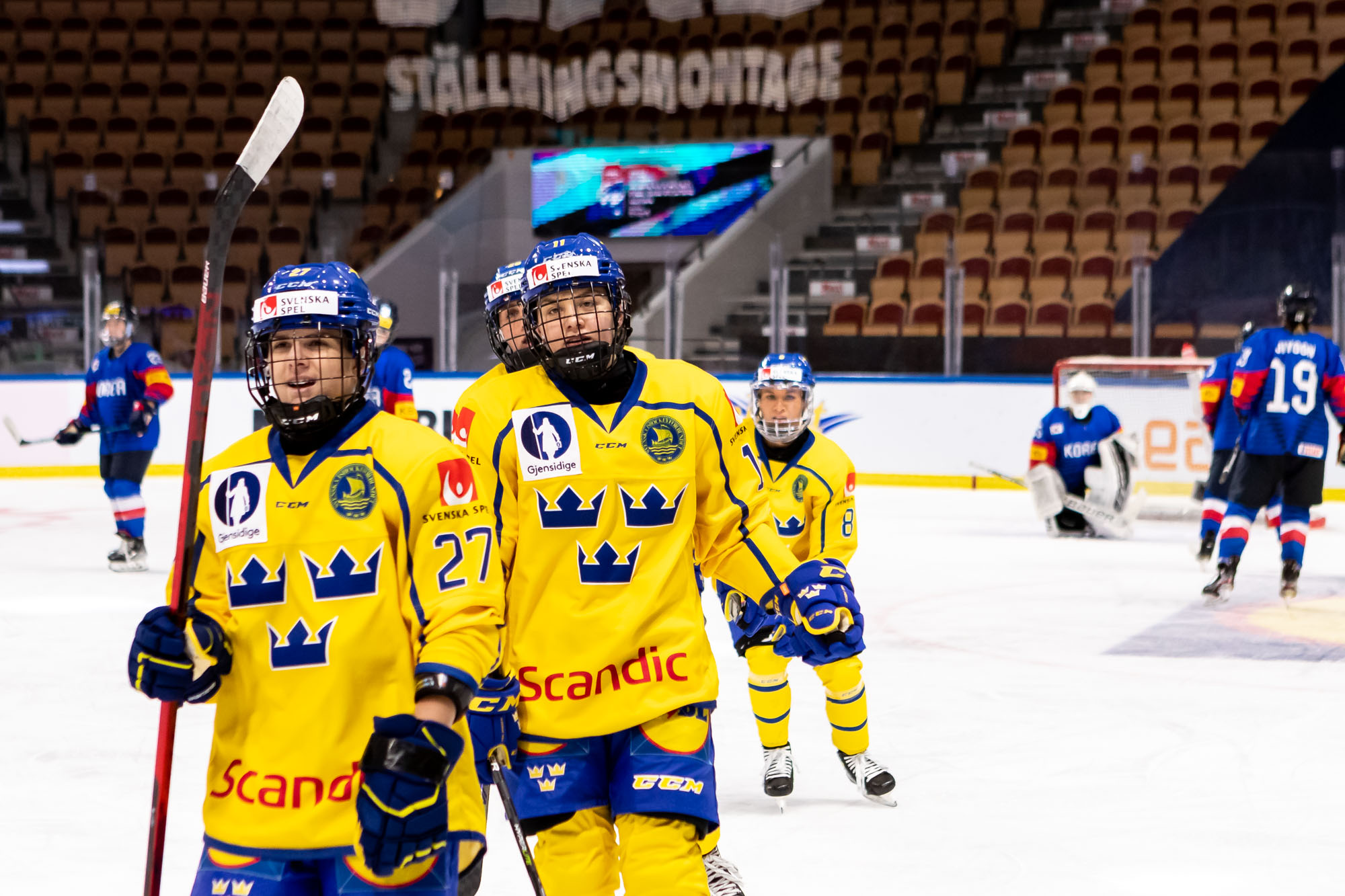 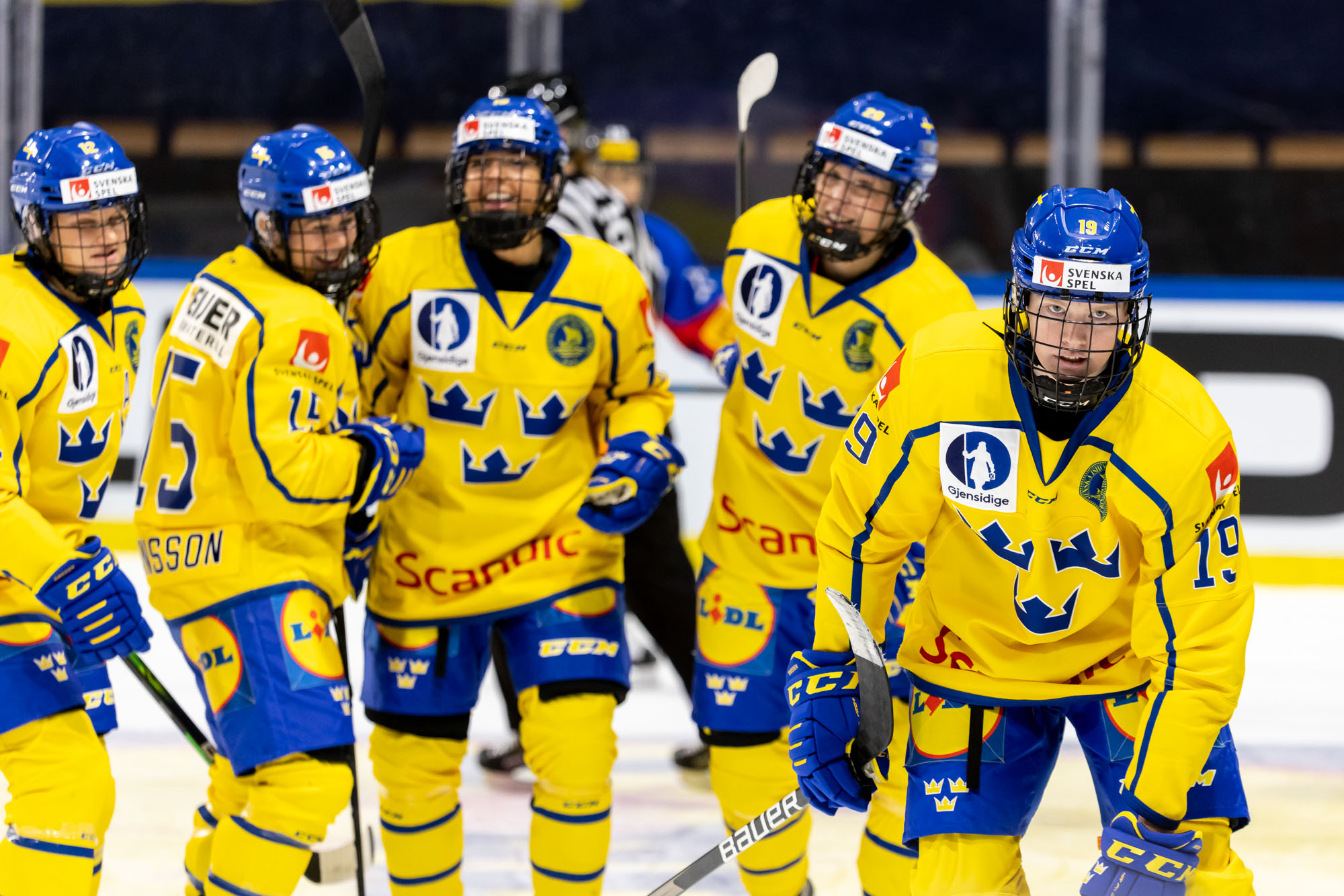 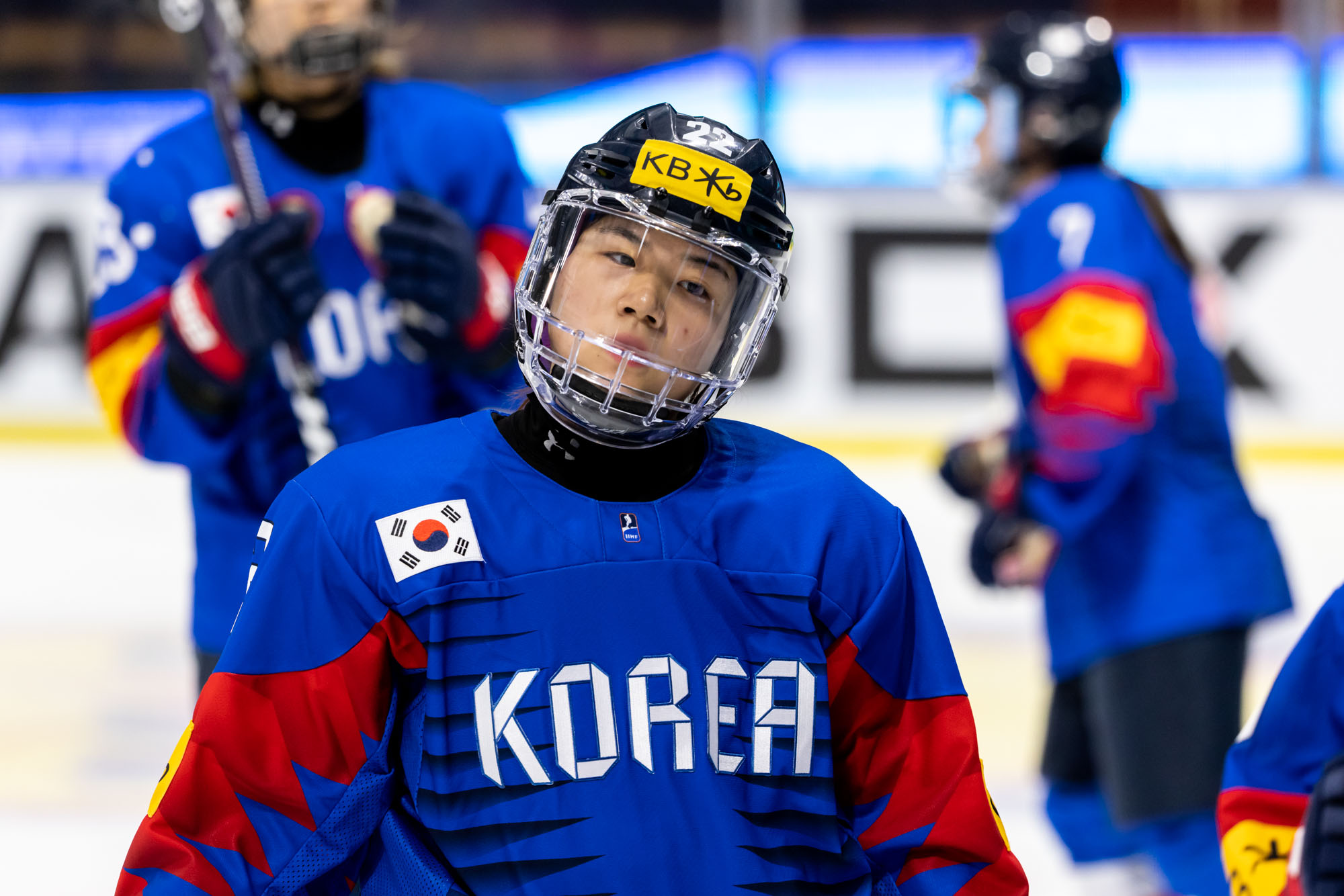 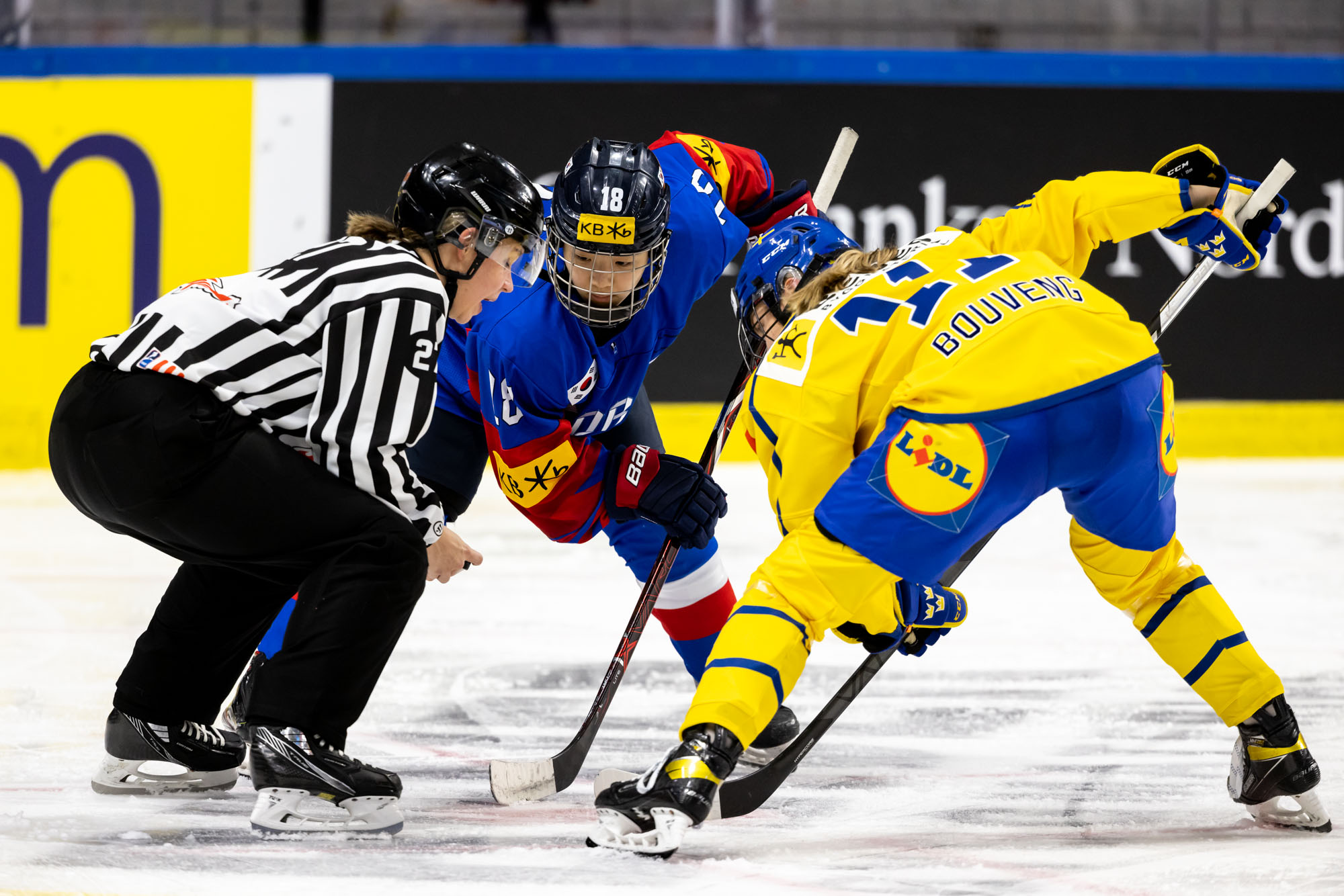 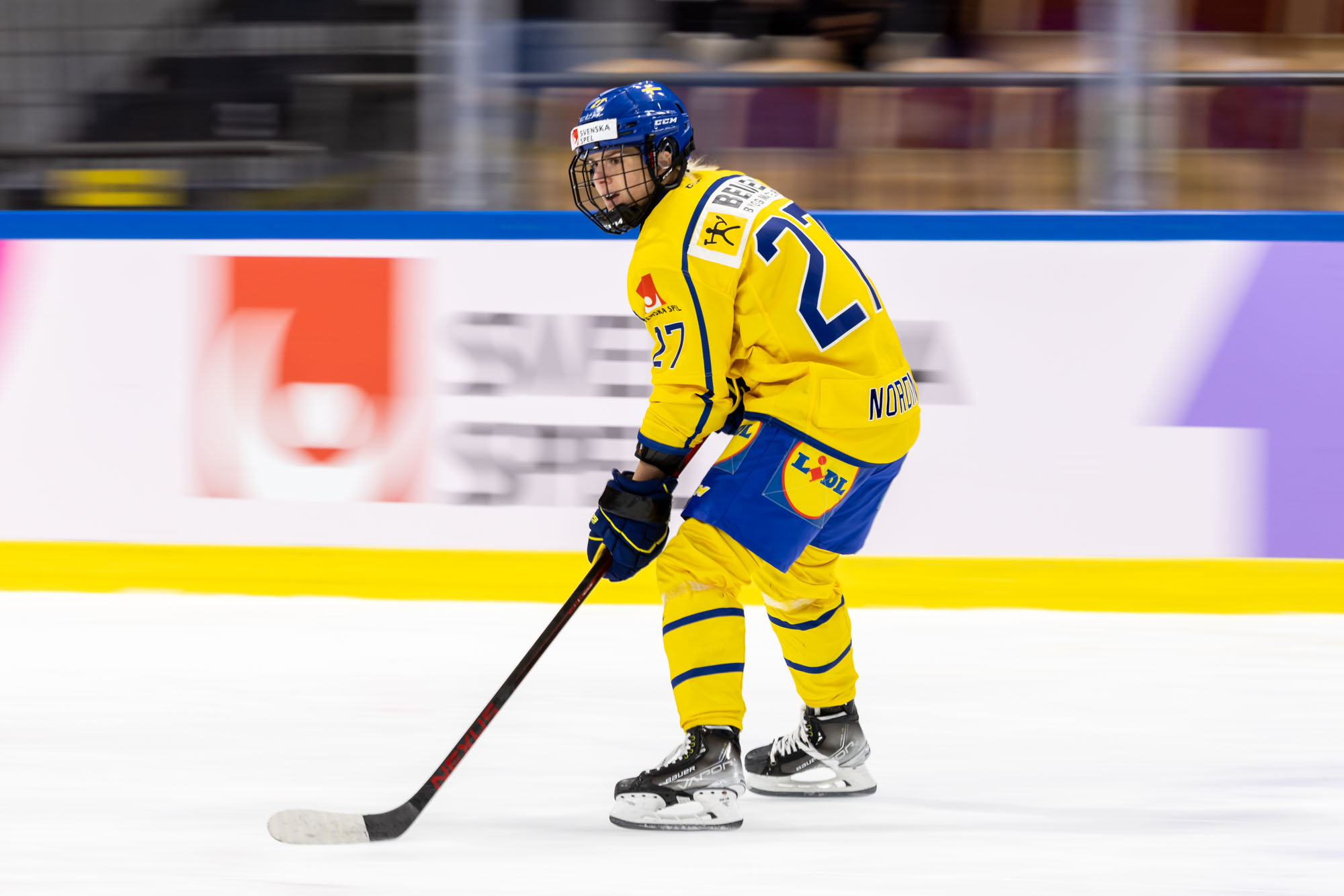 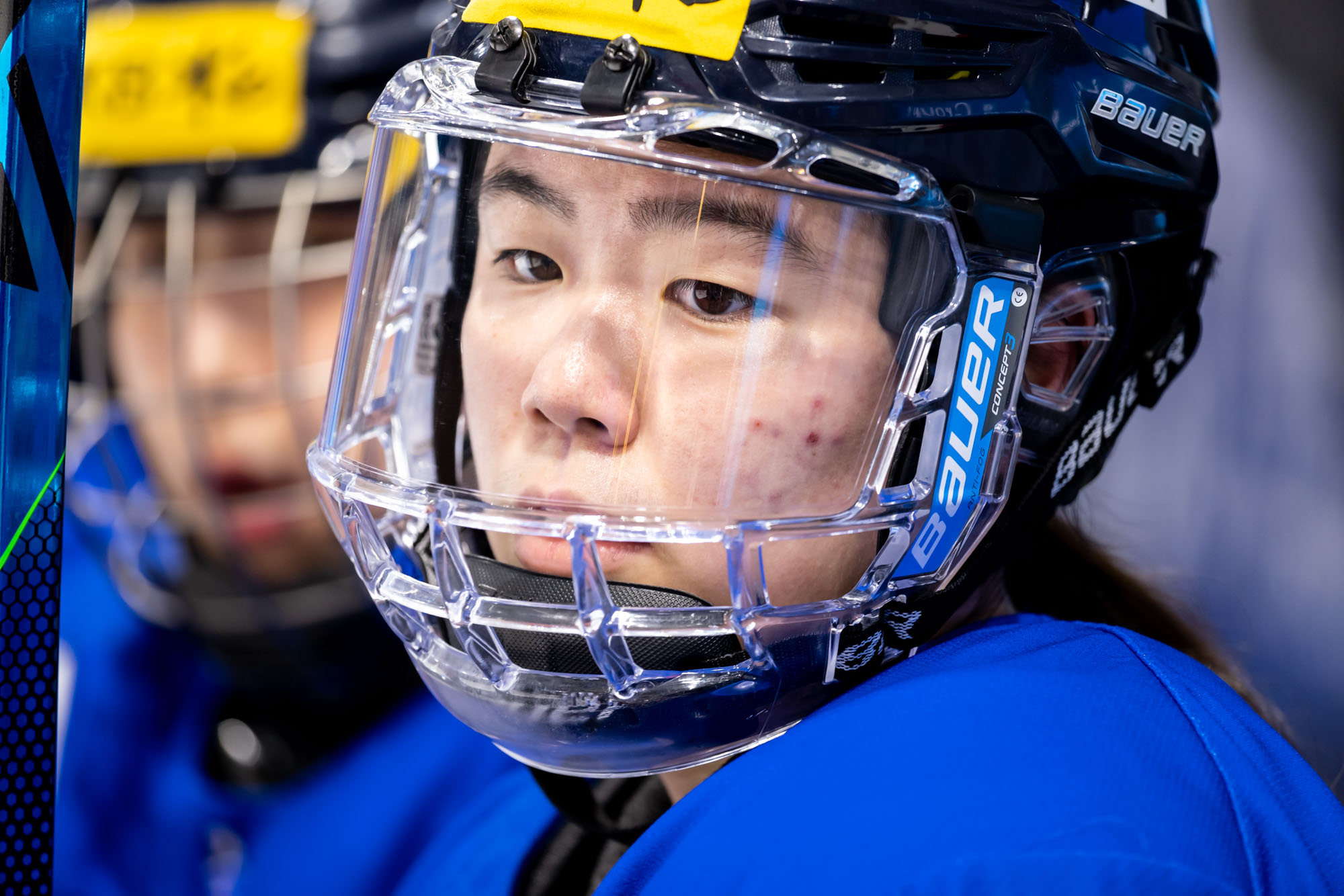 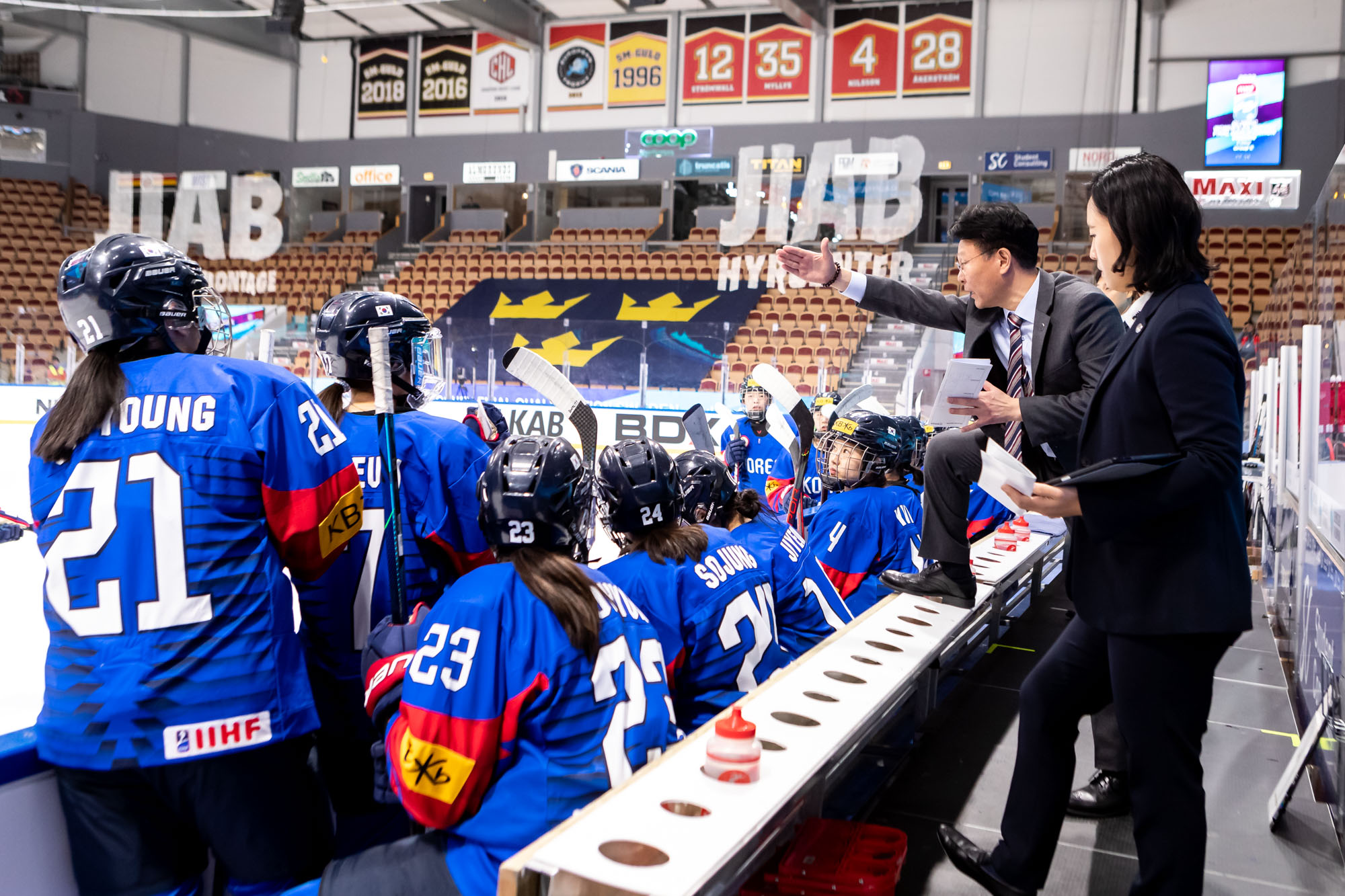 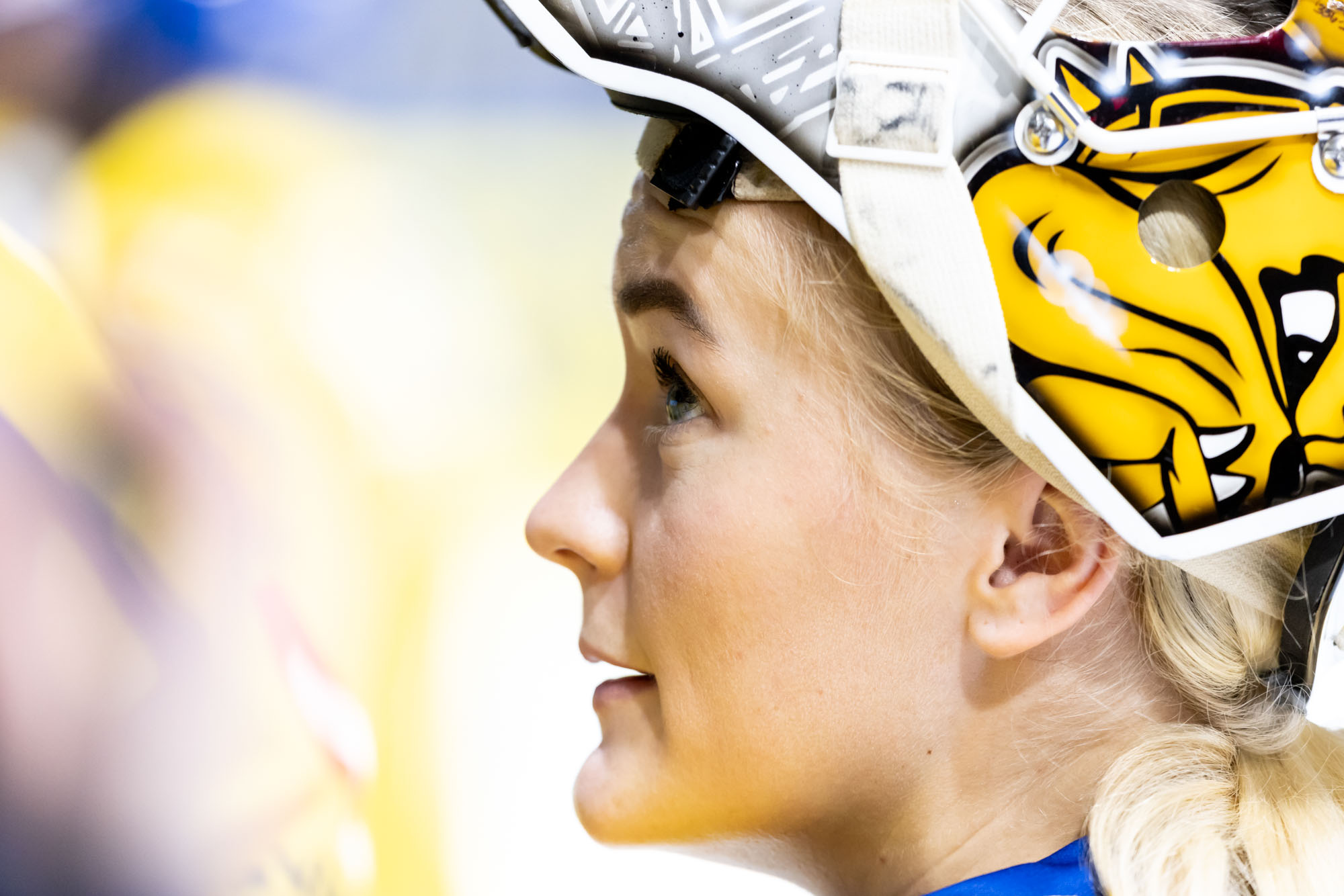 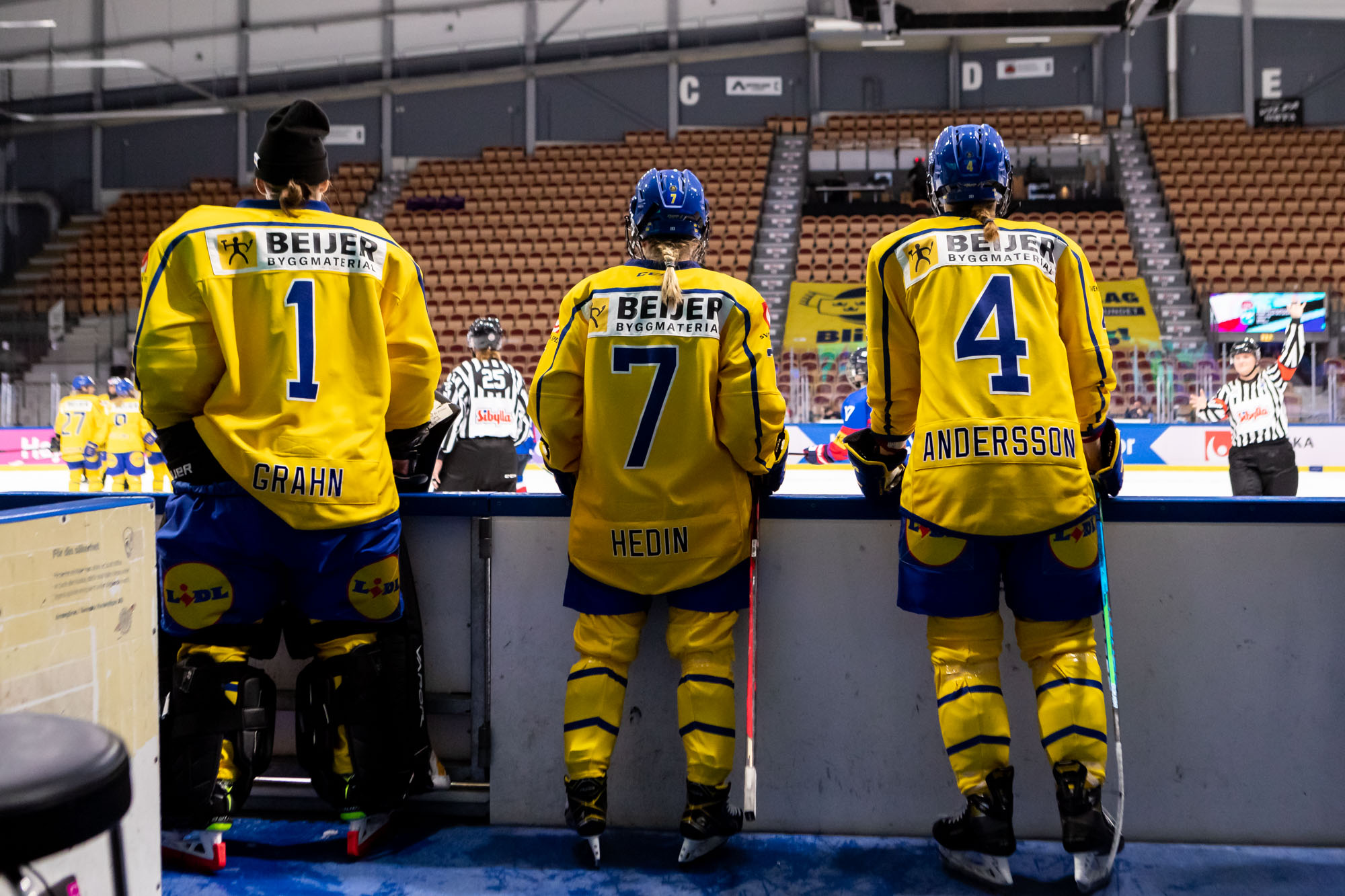 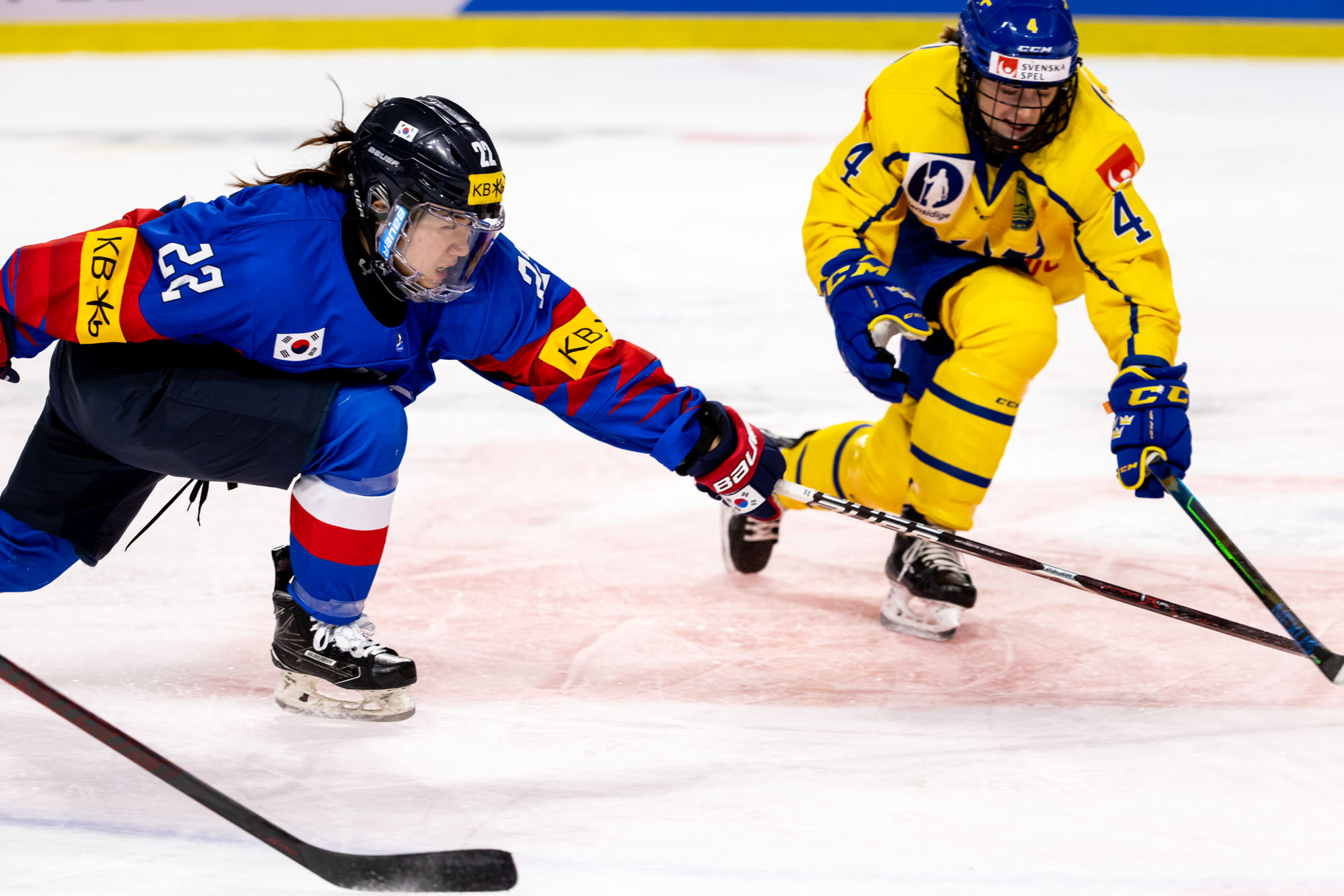 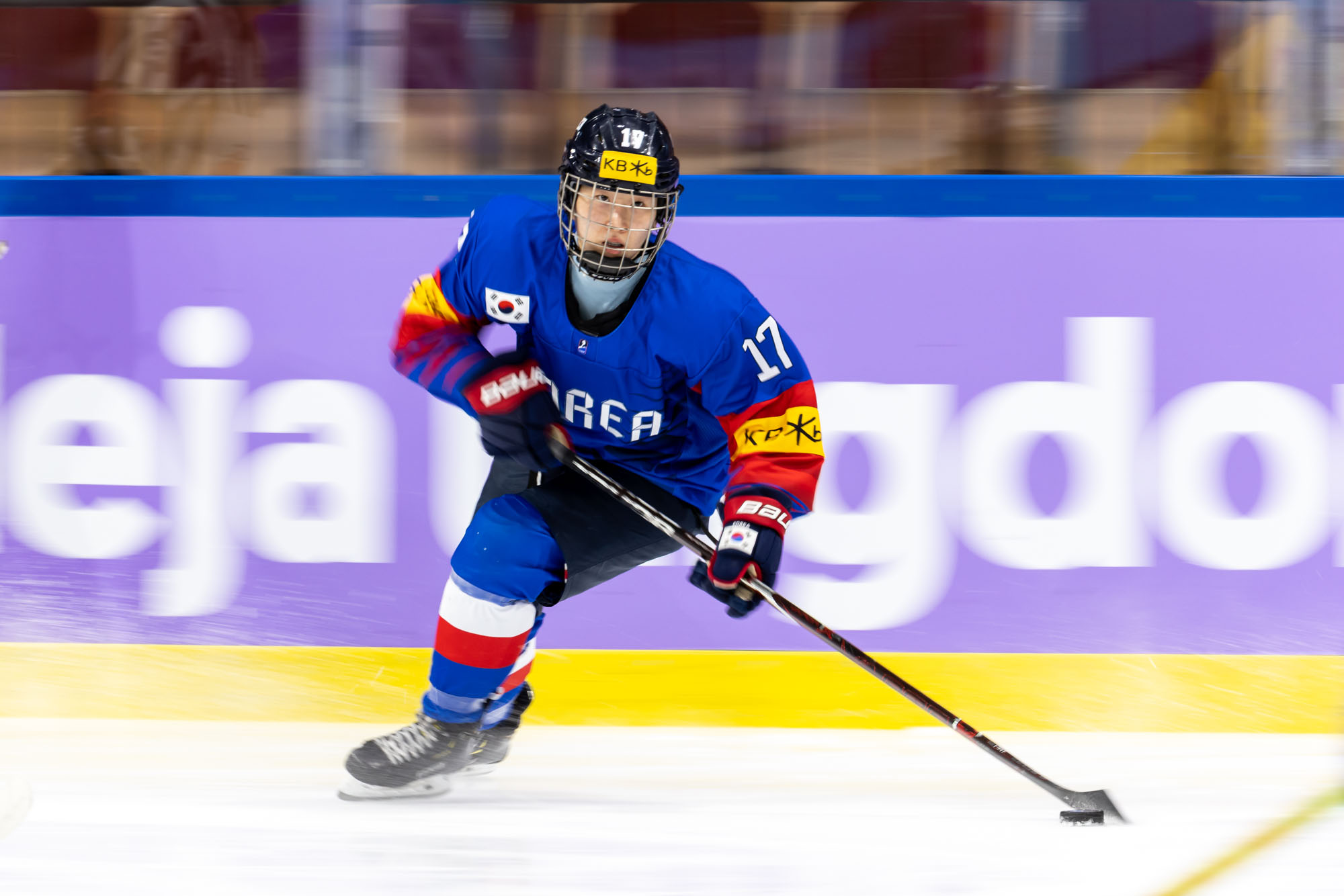 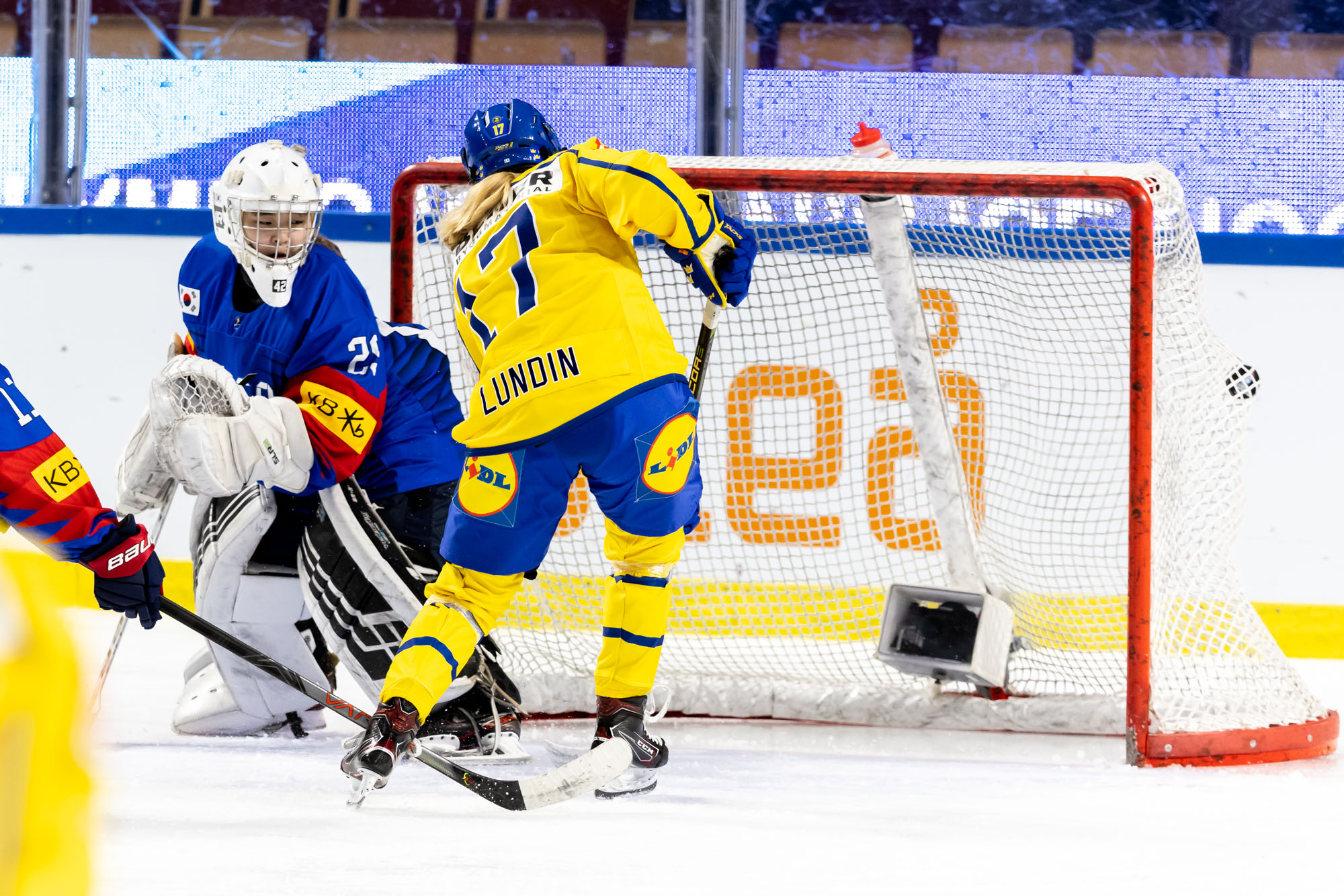 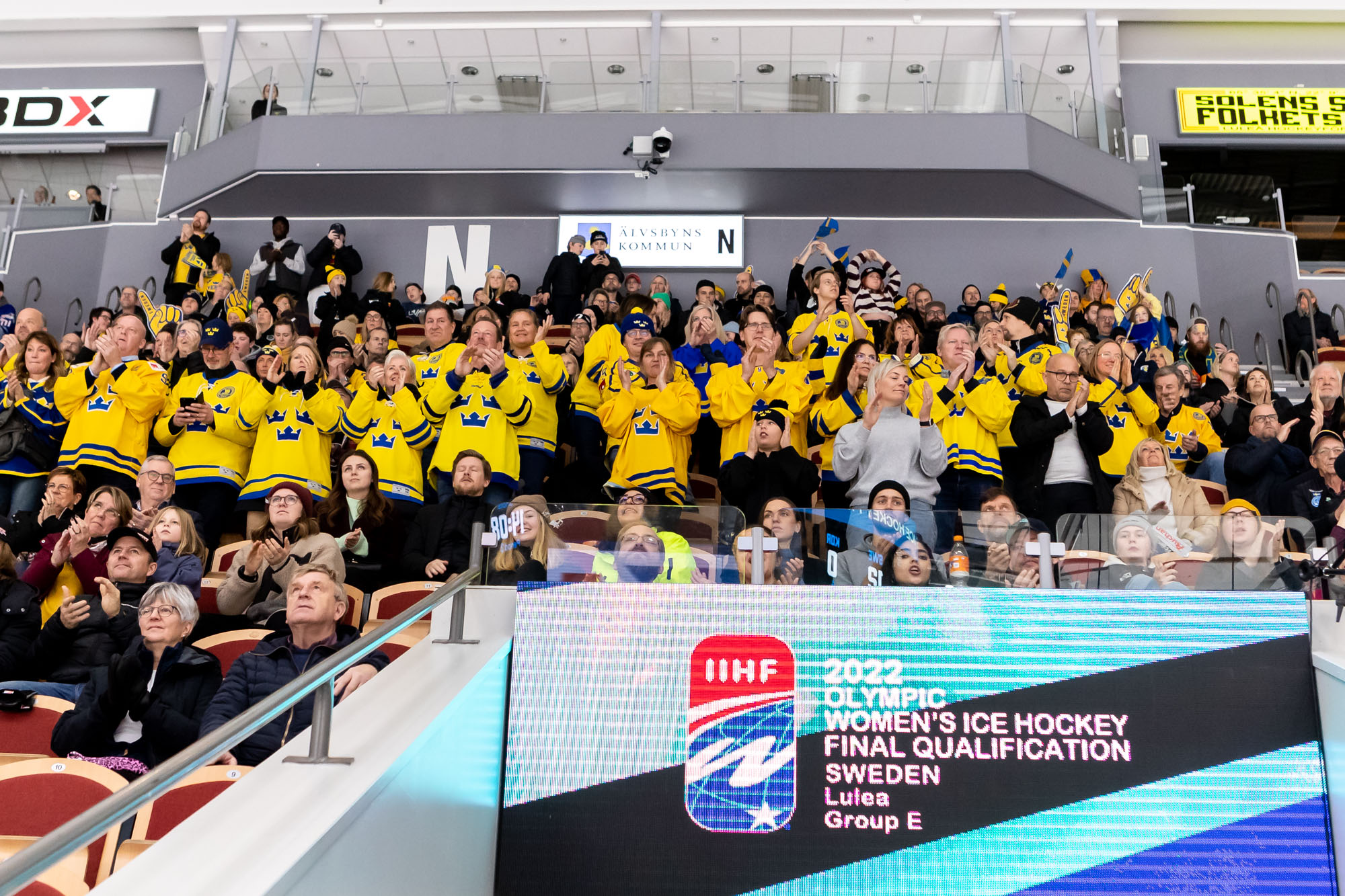 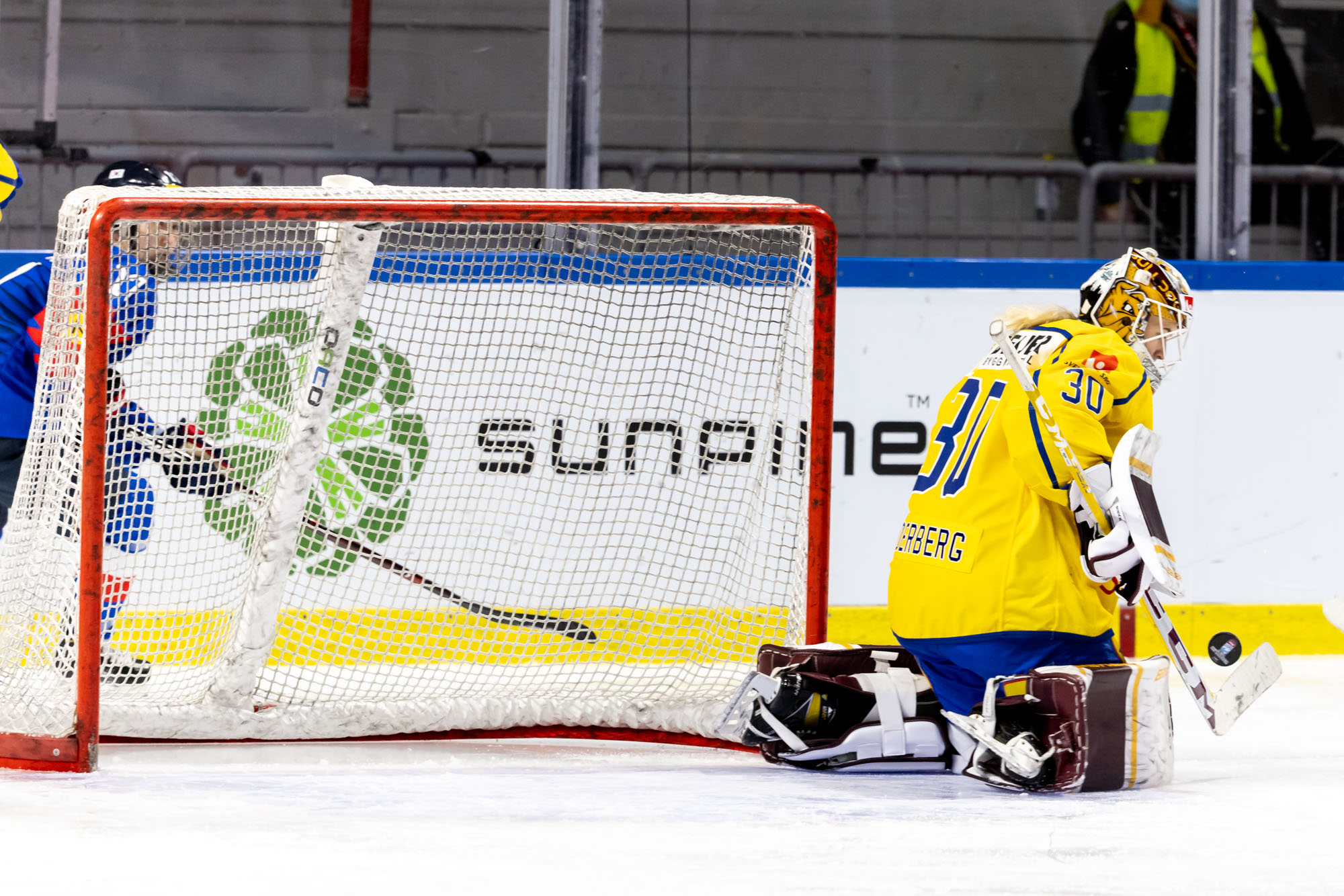 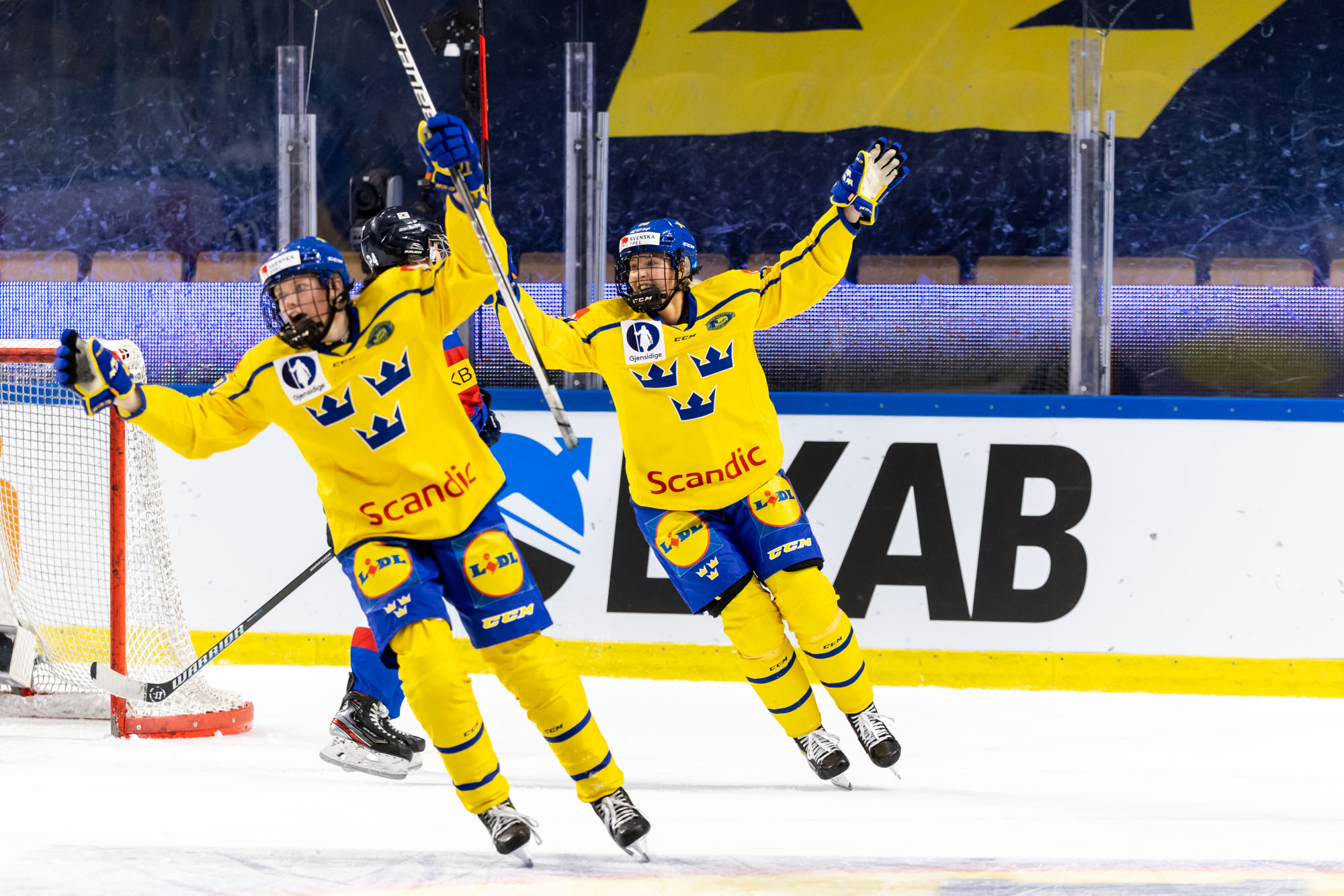 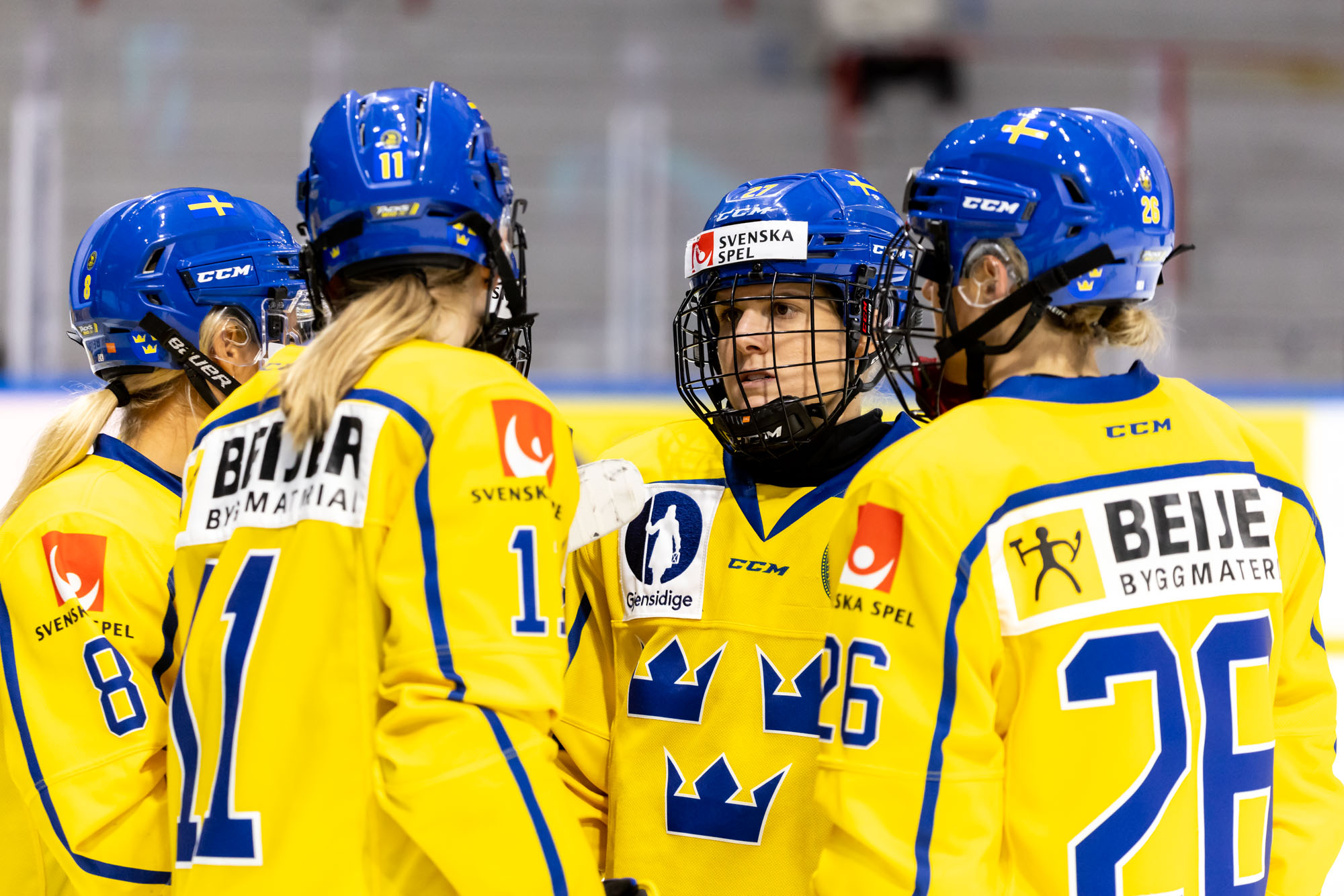 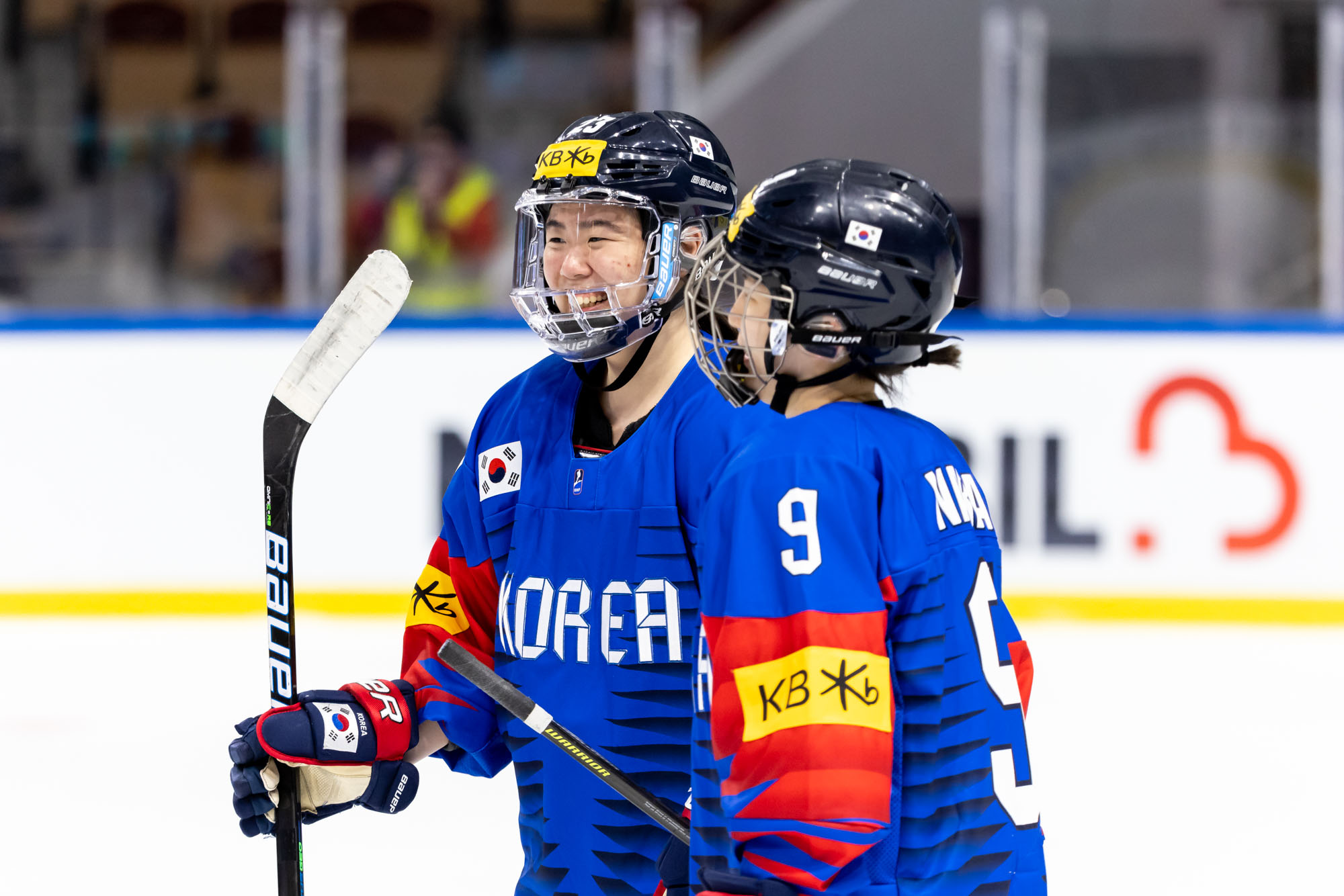 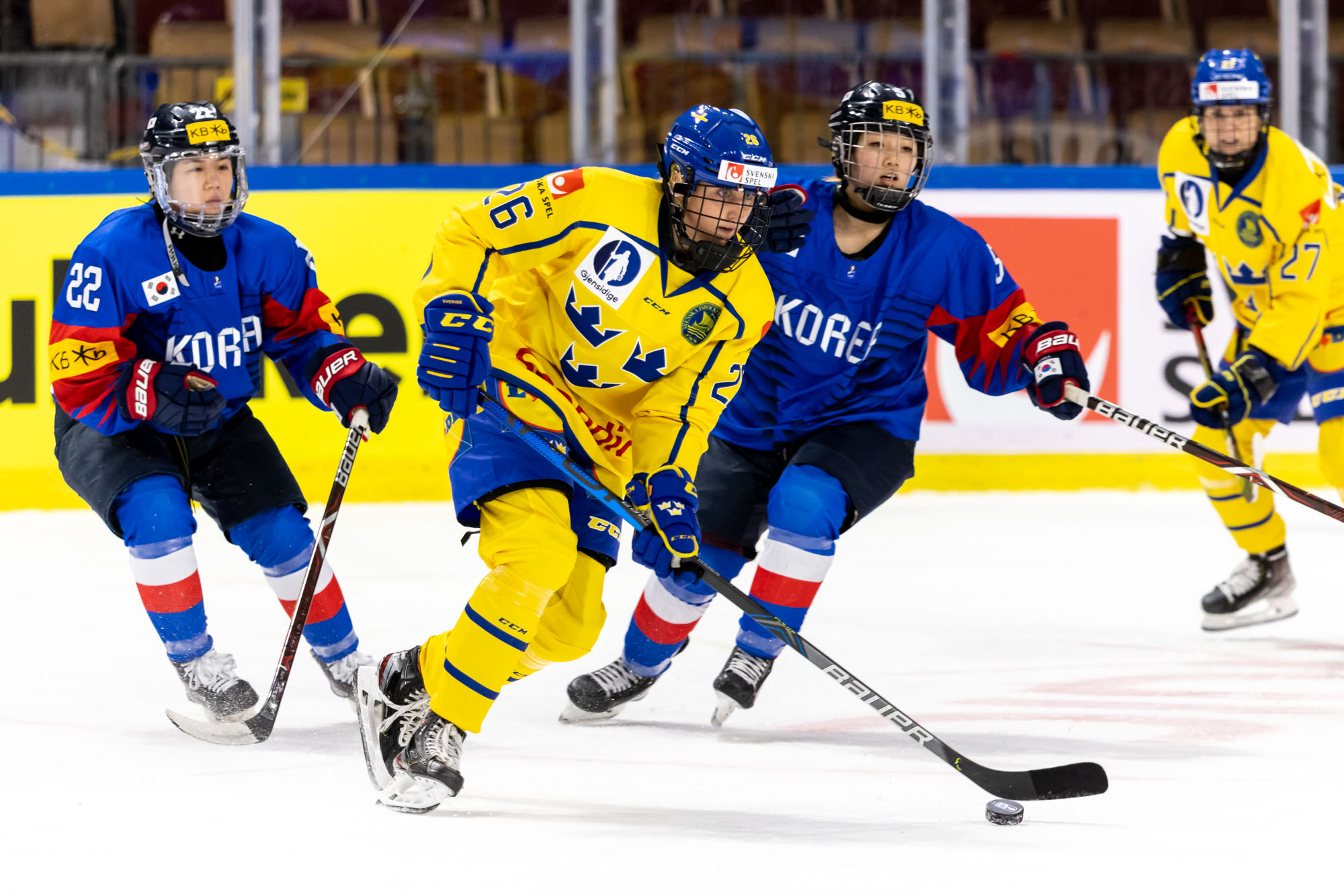 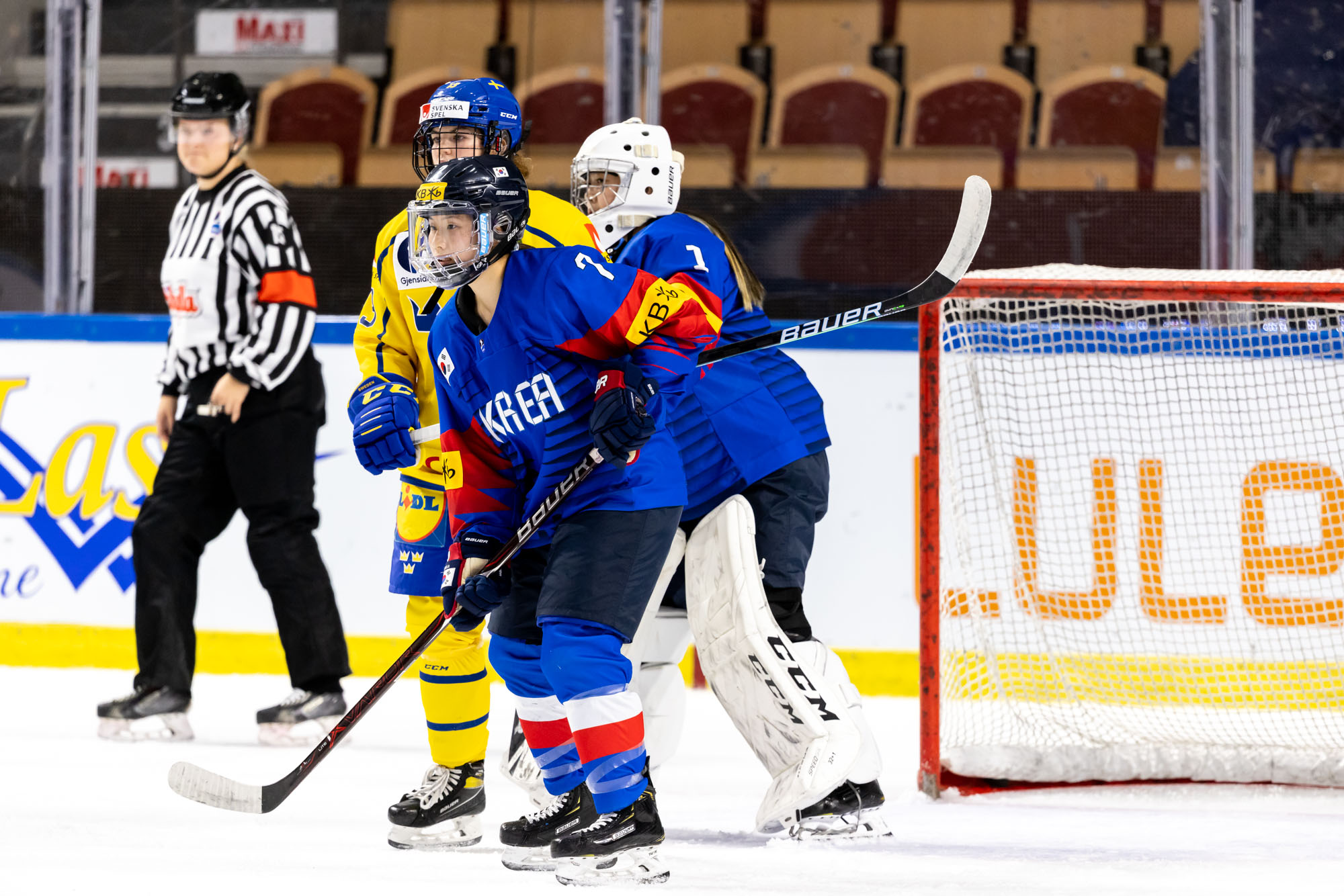 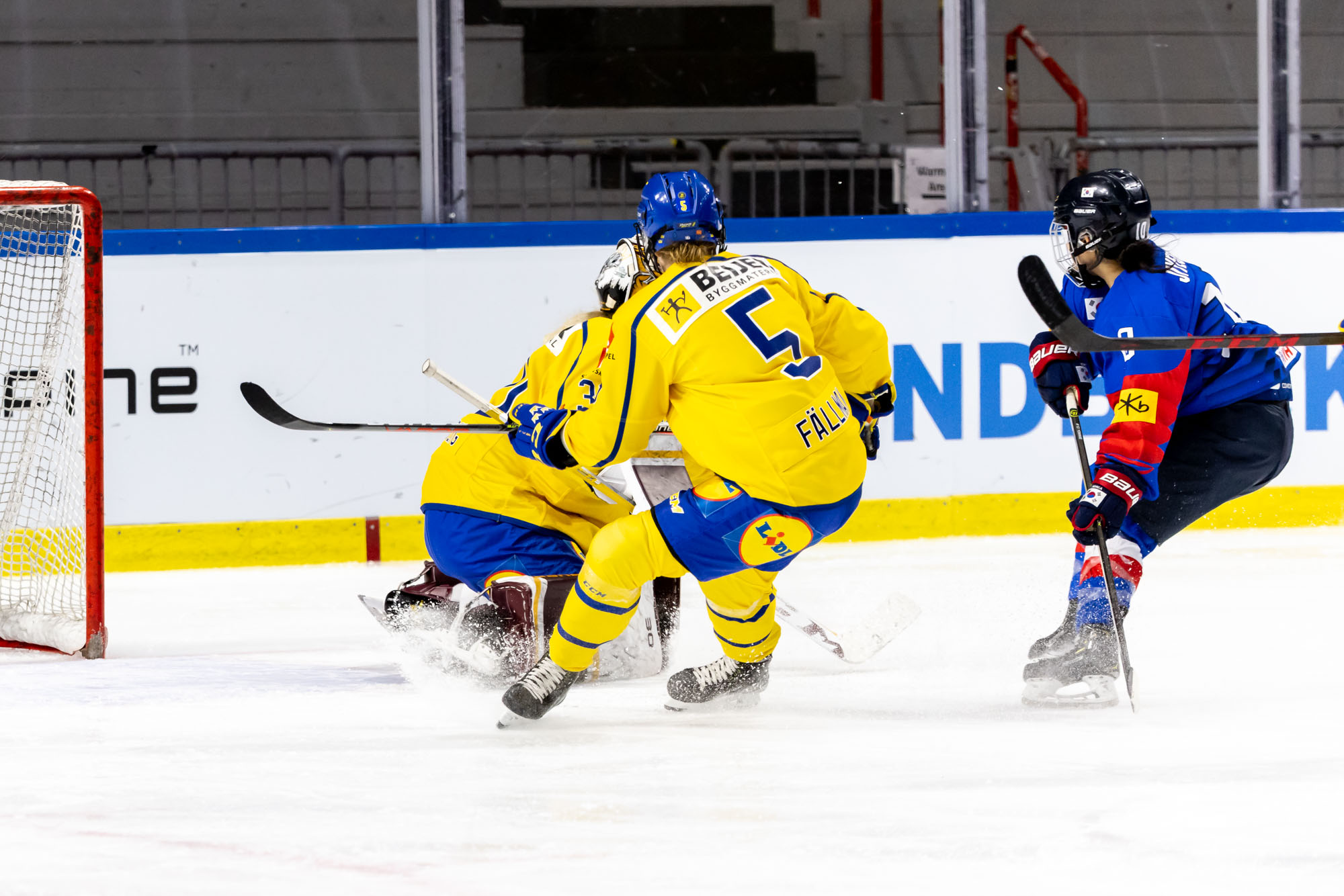 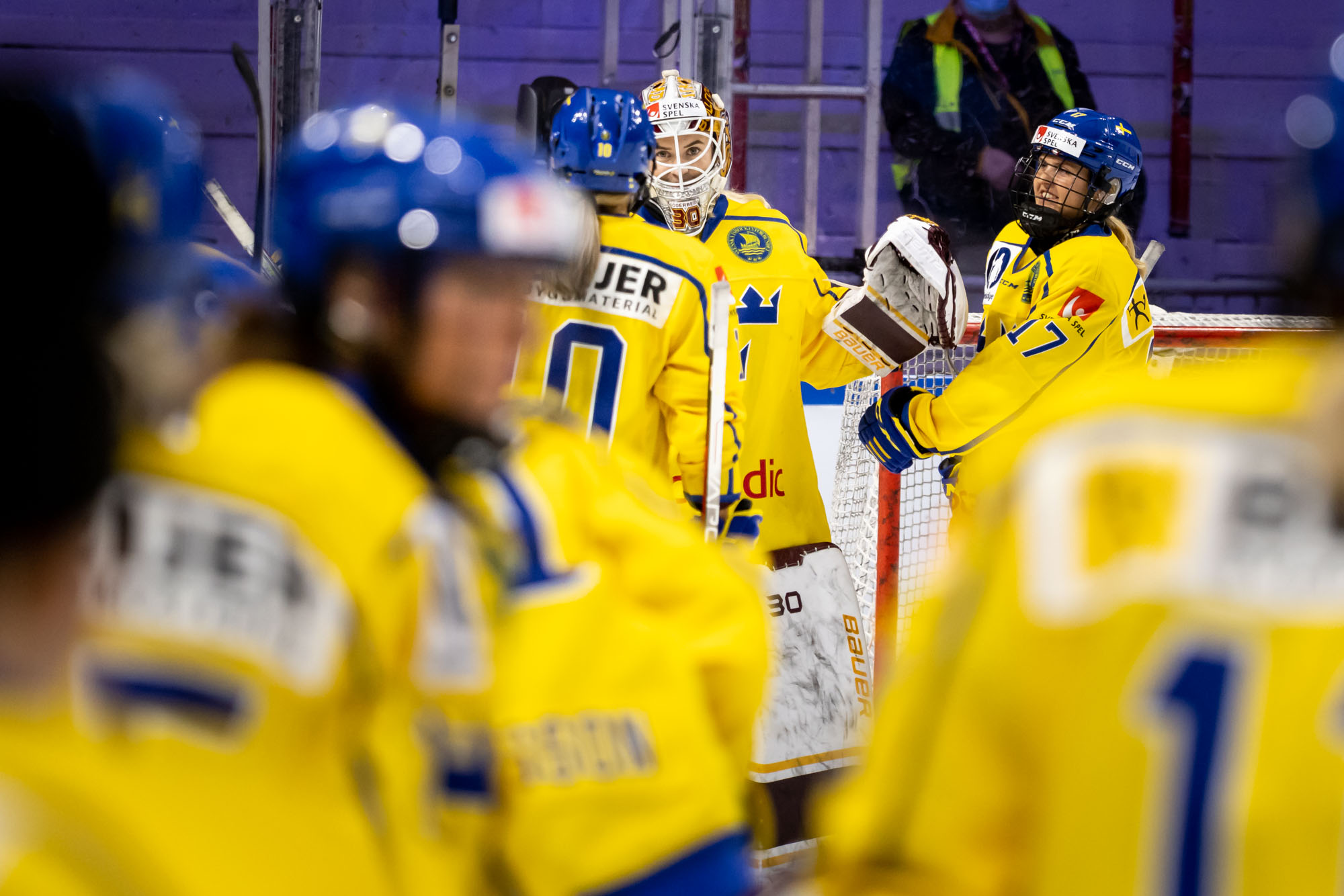 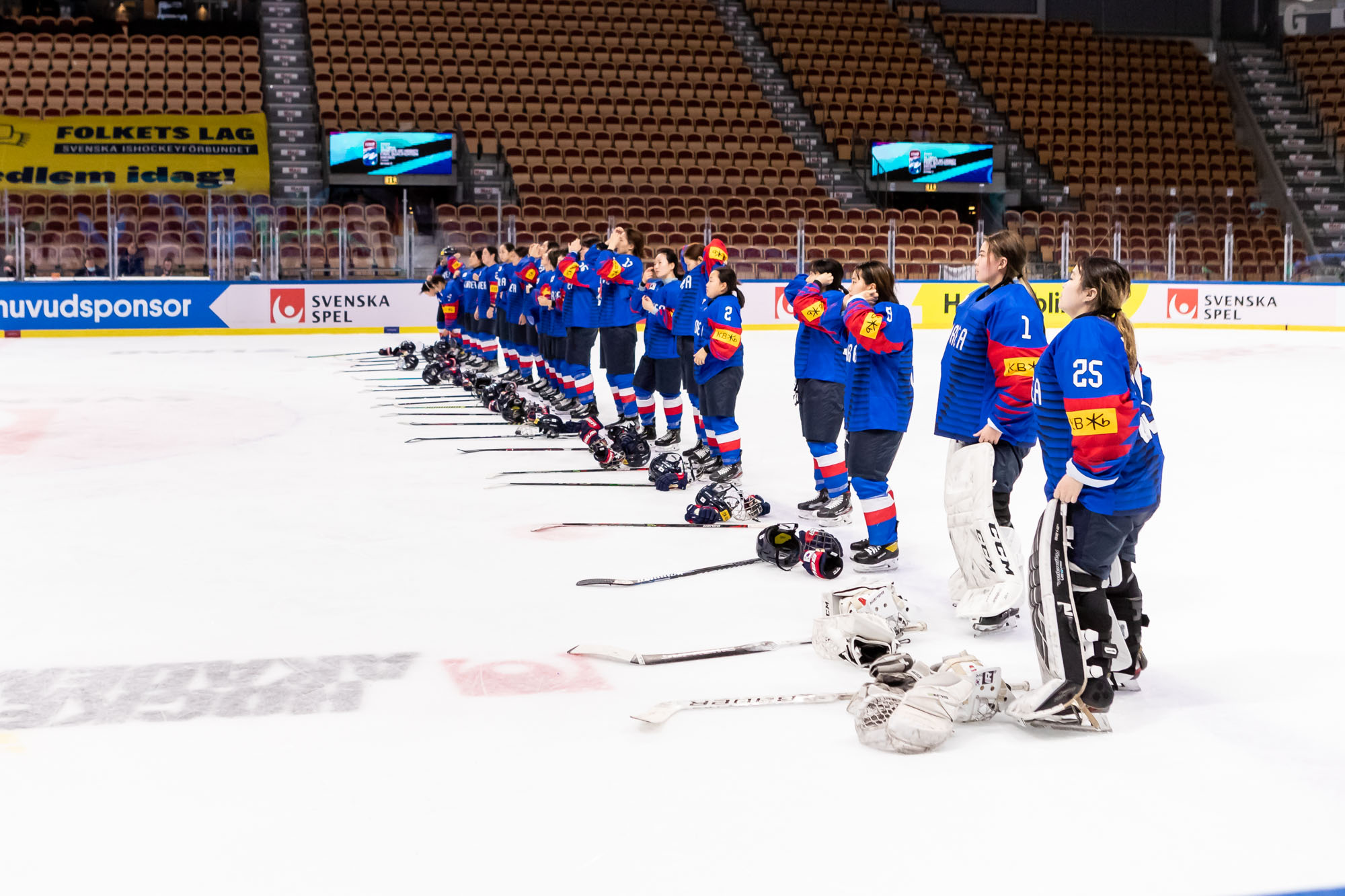 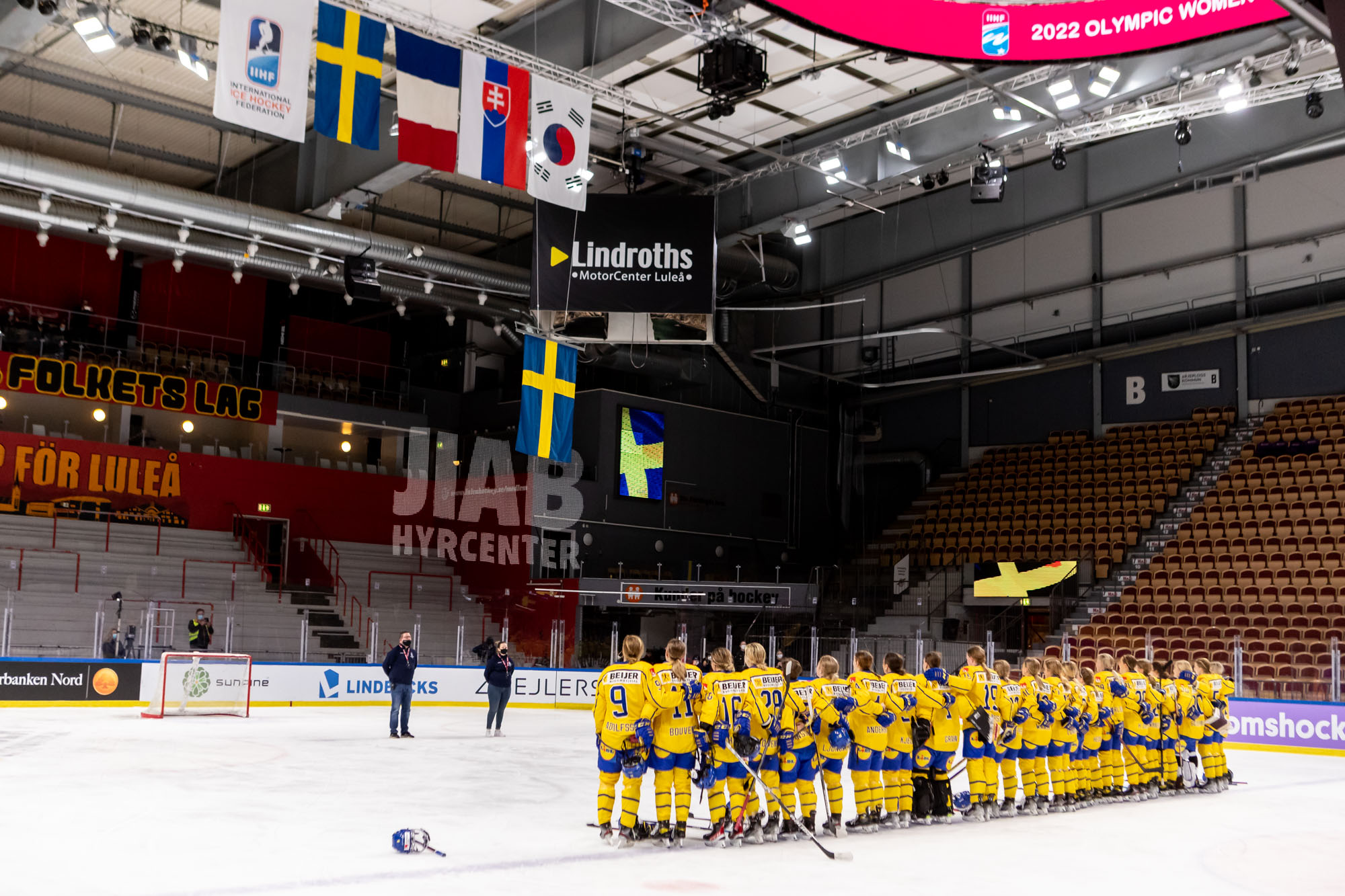