Three-goal win for three crowns
Felizia Wikner Zienkiewicz celebrates after scoring Sweden’s 2-0 goal against Slovakia.
photo: Fredrik Sundvall
share
Host Sweden opened the Women’s Final Olympic Qualification Group E in Lulea with a 3-0 against Slovakia in front of 1,011 spectators in Lulea. In a tight battle the Swedes got the edge with a late first-period goal and withstood the Slovak comeback attempt with solid defence and two third-period goals.

“I enjoyed playing here in Sweden, we had a lot of fans here and a positive energy,” said forward Josefin Bouveng, who scored the third goal. “We trained a lot this year and we got better and better but we can still go to the next level. Our main goal is to focus on our play no matter who we play against.”

Sweden’s Damkronorna outshot the Slovaks in each period, 29-15 in total, but even though Slovakia didn’t score it was a tight game.

“It was a really good game, fun to play although difficult at times. It’s always nice to start with a shutout,” said Swedish goaltender Sara Grahn, who was named best player of her team after her shutout performance.

Sweden and Slovakia haven’t met often recently but are opponents twice this season in battles for a top-level spot – first here in Lulea, Sweden for the 2022 Olympics, and in spring in Angers, France for a ticket to the 2022 Women’s Worlds.

While the Swedes entered the game as favourites, the Slovaks showed a tough battle and eagerness for an upset.

Both teams created their chances and while it looked like the first frame would end in a scoreless tie, Sweden opened the scoring with 18.9 seconds left before the buzzer.

It was Emma Nordin, who almost singlehandedly outplayed the Slovak defence with a rush she started in the own zone. The 30-year-old Ornskoldsvik native sent the puck between her skates back to Bouveng, Hanna Olsson tried to score and Nordin was at the right spot to capitalize on the rebound.

“We had a good start in the first period but conceded a goal in the end. We were talking together and wanted to come back in the second and third period and had good chances to score but we didn’t capitalize on them,” said Slovak head coach Tomas Segin.

The Swedes started the middle frame with a moral boost and didn’t give their opponents many chances in the first few minutes – even not during a Slovak 5-on-3. Nicol Cupkova had the best chance when she broke through but her shot didn’t create any issues for Swedish goalie Grahn, neither did a Lucia Istocyova breakaway a few moments later.

With the Slovaks getting more active, Sweden also got chances on counter-attacks such as one slightly missed out by Maja Nylen Persson.

“It was a good-quality game from both sides. The Swedes played very aggressively and offensively. We tried to prevent them from scoring and put ourselves in the shots and tried to turn around the game and find opportunities to score but we didn’t succeed. It’s difficult to win a game if you don’t score,” said Slovak captain Cupkova.

While the second period ended scoreless with shots on goal favouring Sweden 12-7, the Swedes spent the first minute of the third frame in the Slovak zone and went up 2-0. Felizia Wikner Zienkiewicz deflected a long shot from Nylen Persson 43 seconds into the period.

At 8:26 the Damkronorna team capitalized on one of its rare power-play opportunities against a disciplined Slovak team. After Nylen Persson’s shot from the blue line Lina Ljungblom got the puck, quickly passed it left to Bouveng, who made it a three-goal lead for the host nation.

“It was a tight game in the beginning and we thought it would be but further on we played more the way we wanted to play with having the puck a lot and controlling the game,” said Swedish head coach Ulf Lundberg. “Patience was a key word for the whole game. I’m proud of the way the players handled it in the first game and the home arena.”

After Day 1 the two top-seeded teams Sweden and France lead the standings with their shutout wins and France having the edge after a 4-0 win against Korea.

Sweden will continue the tournament on Saturday evening against Korea while France will play Slovakia in the earlier game.
Slovakia vs Sweden - 2022 Women's Final Olympic Qualification Group E 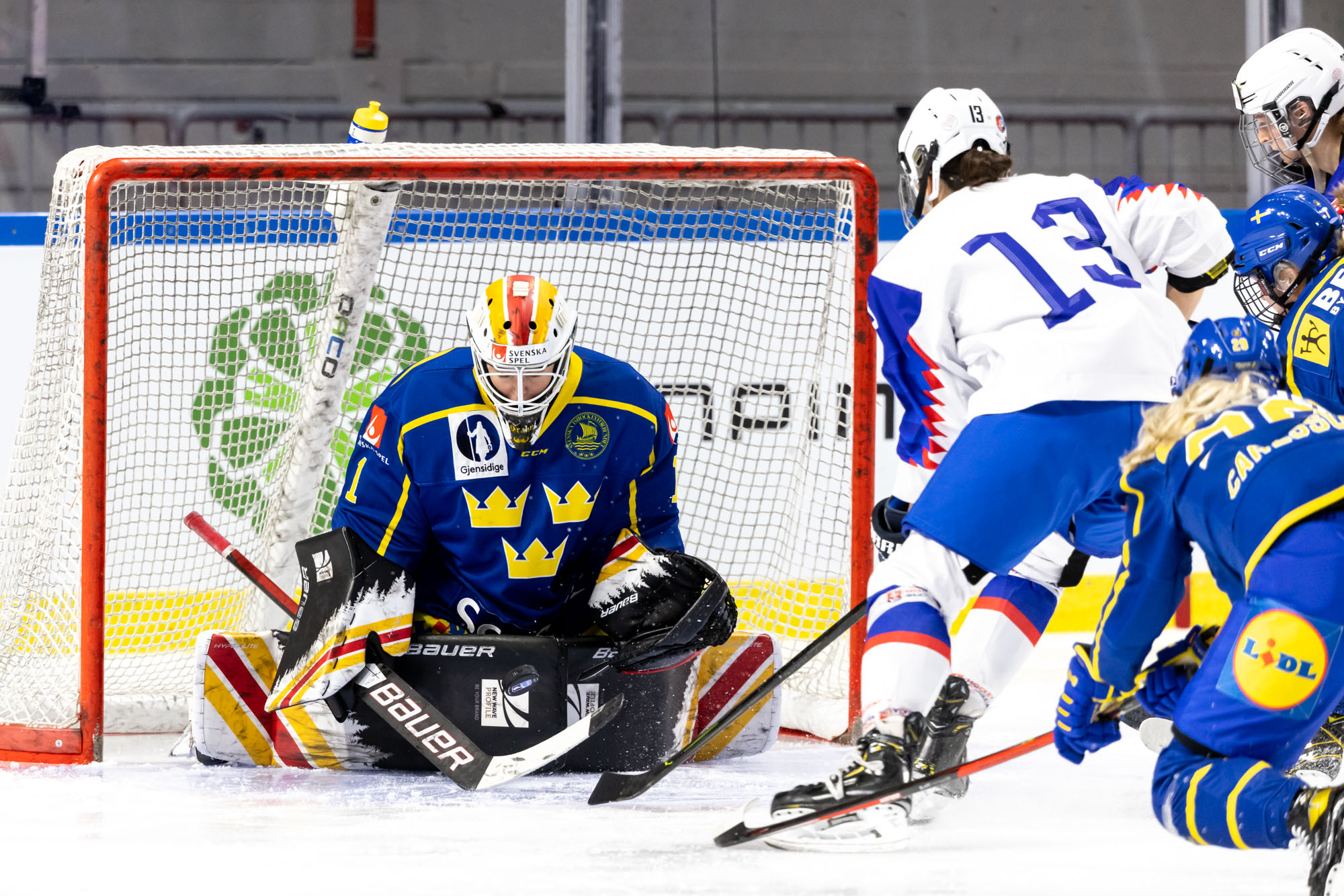 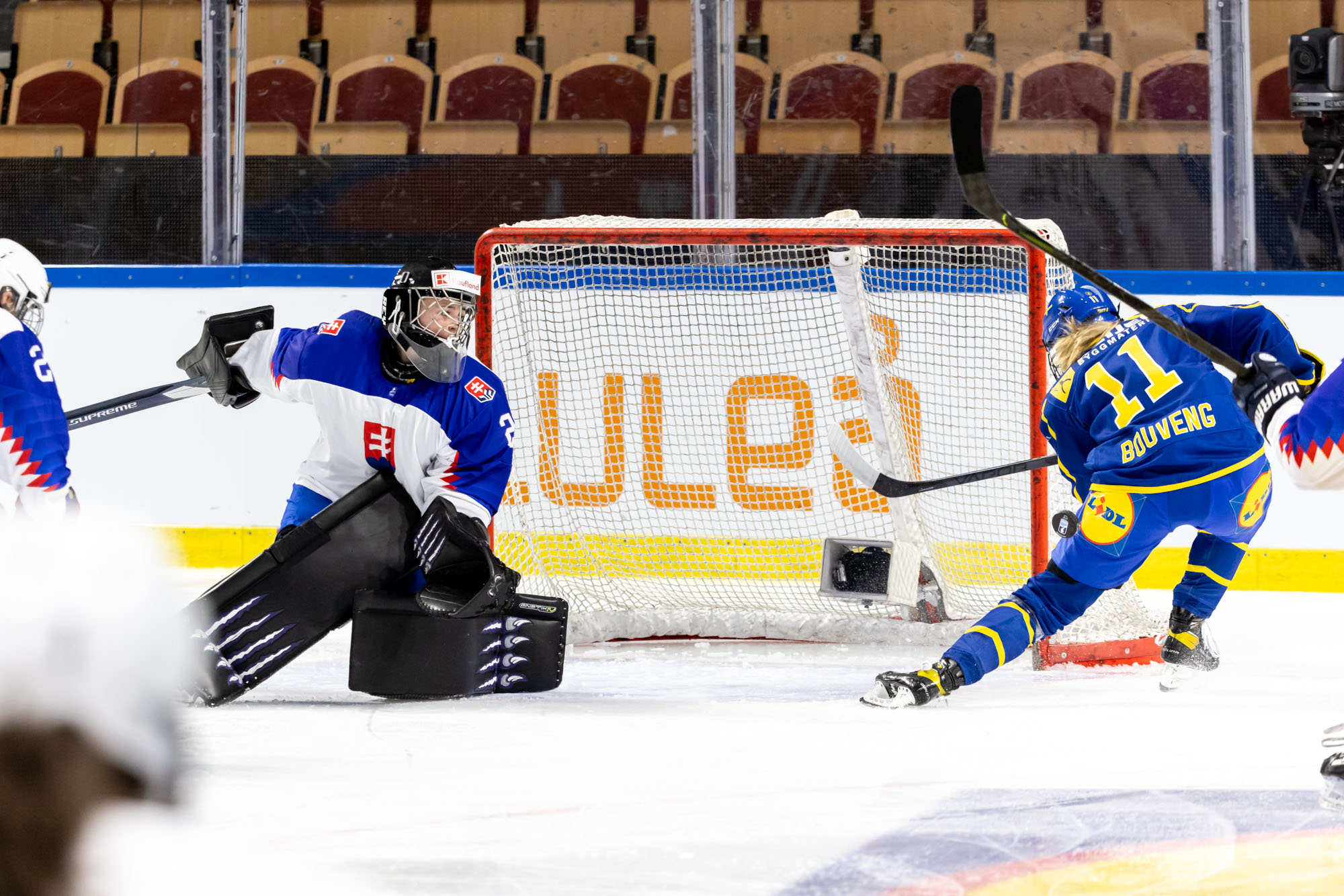 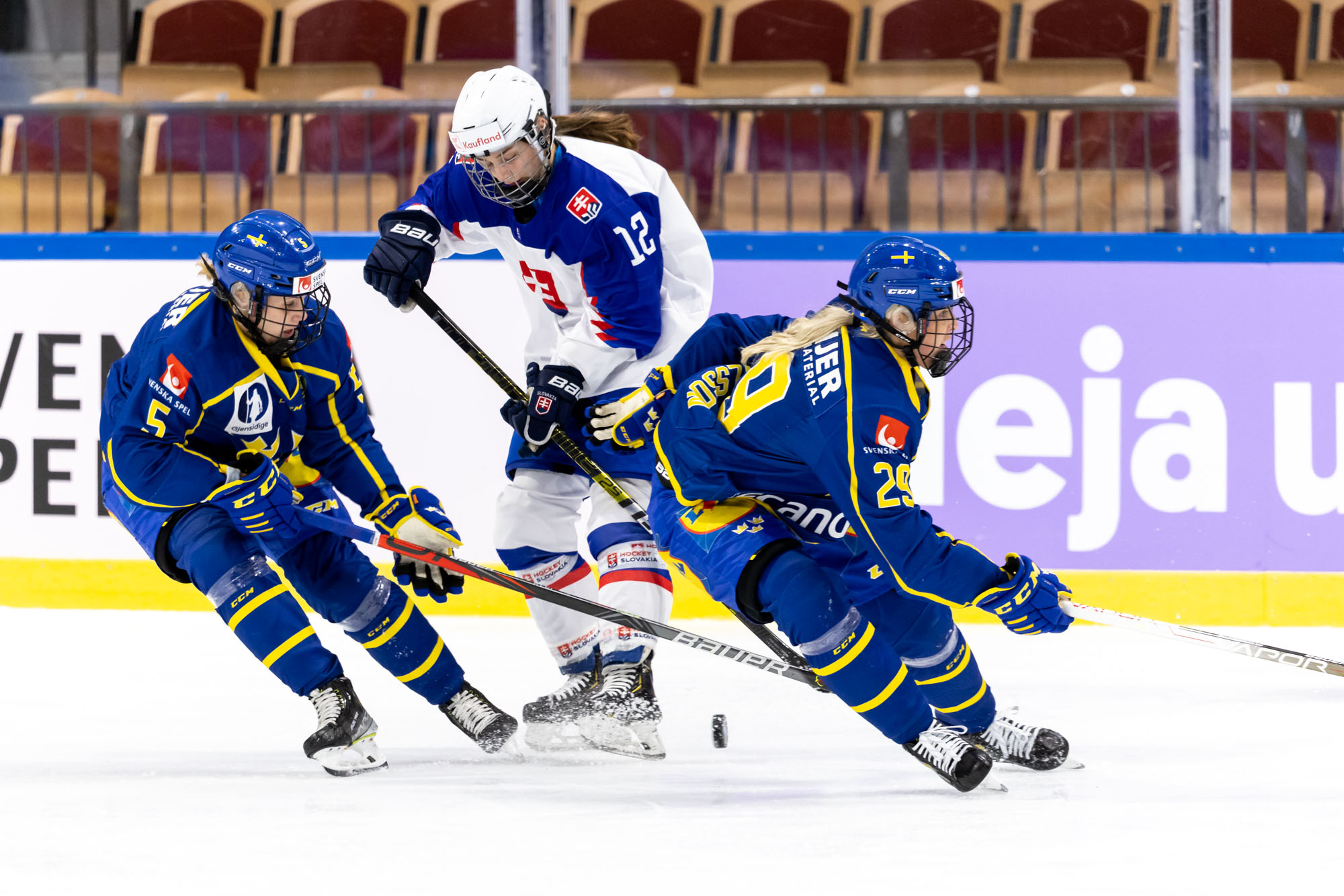 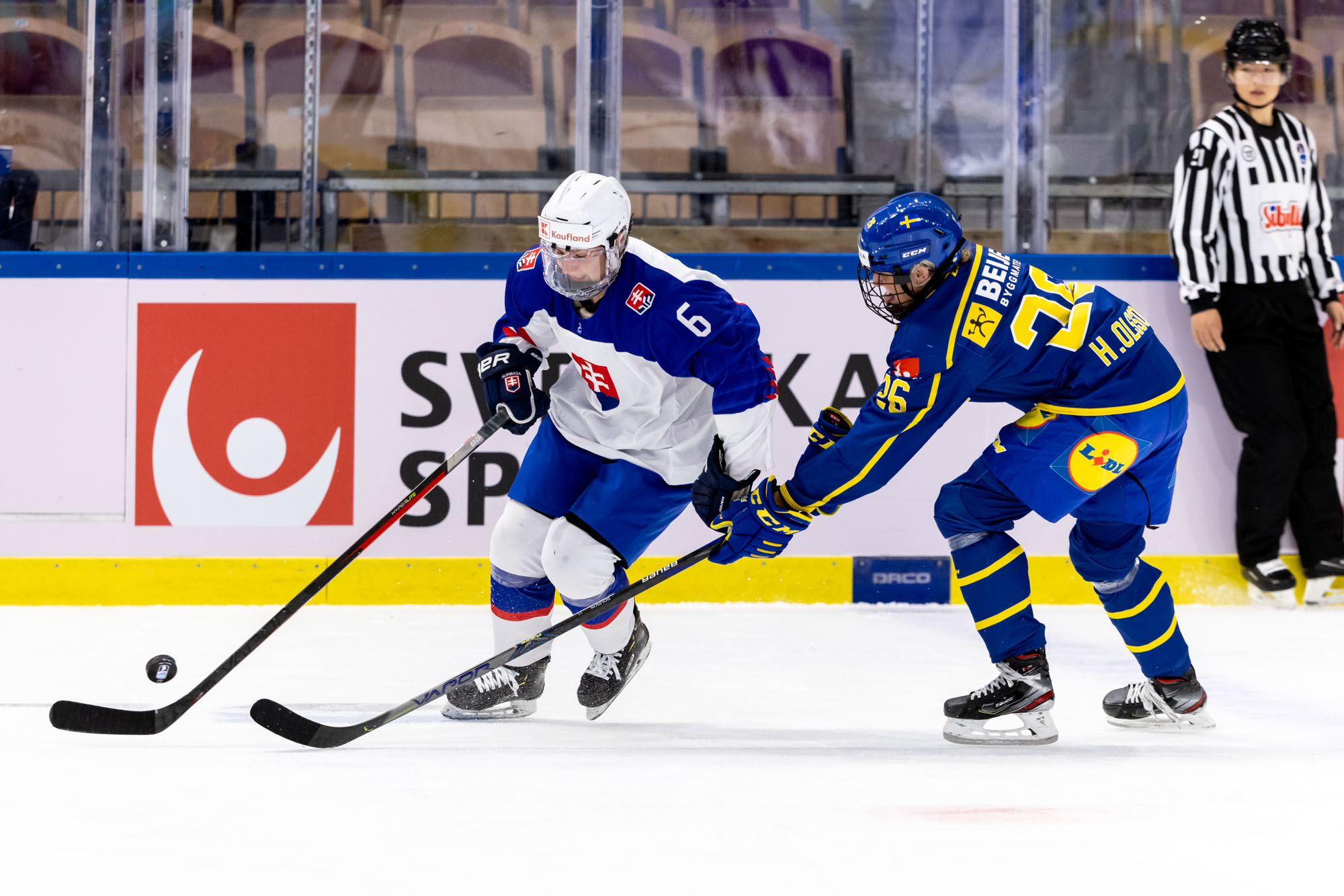 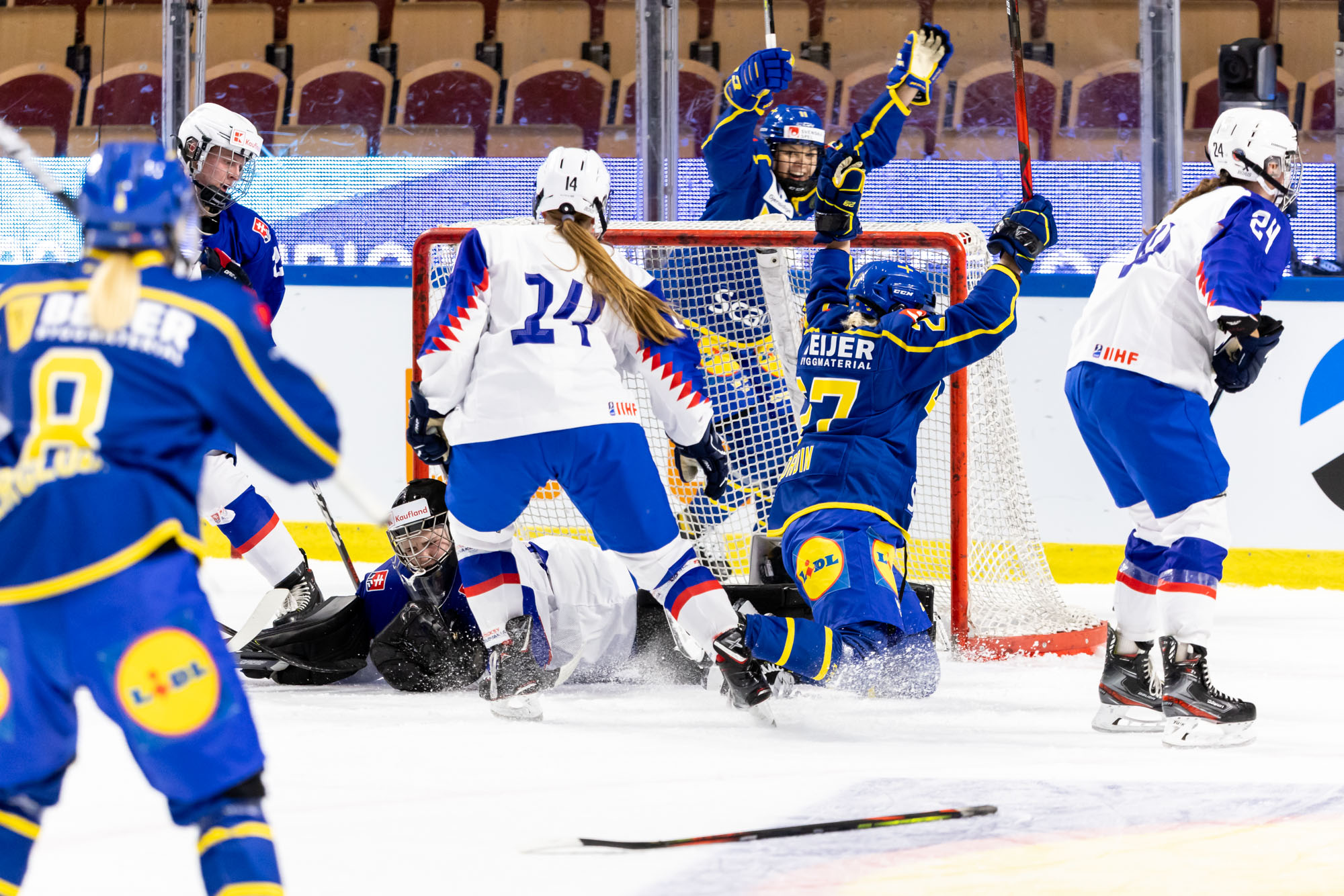 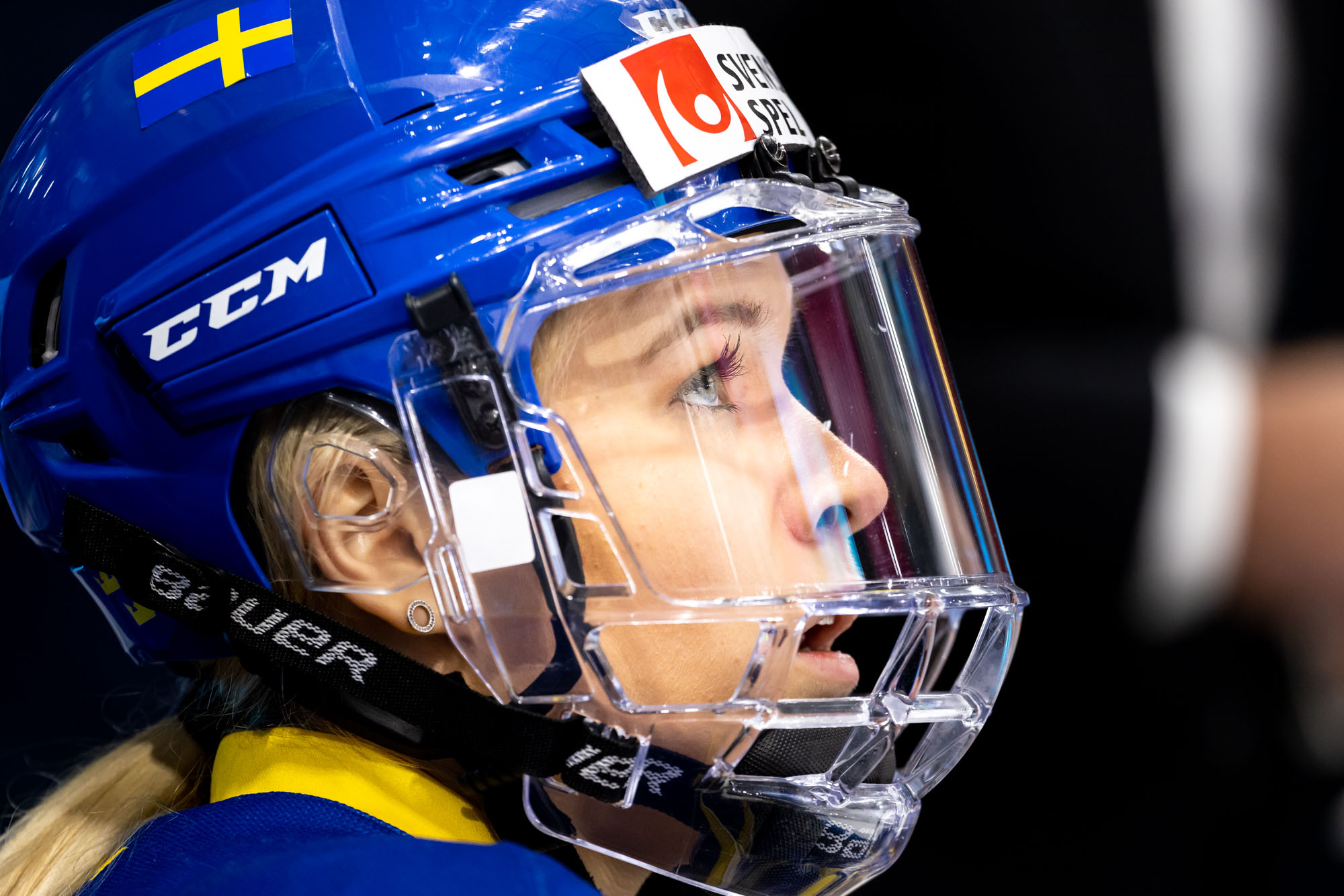 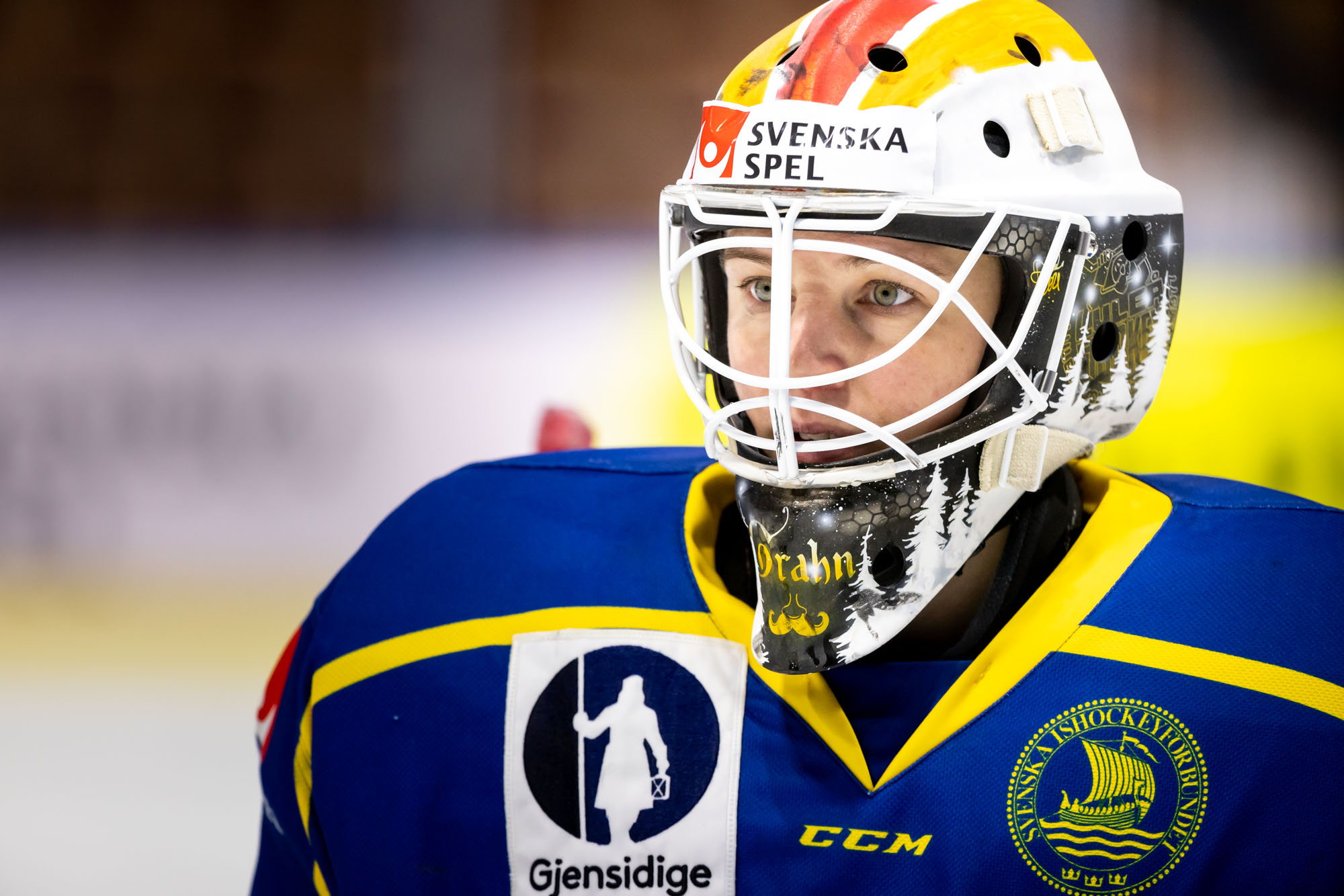 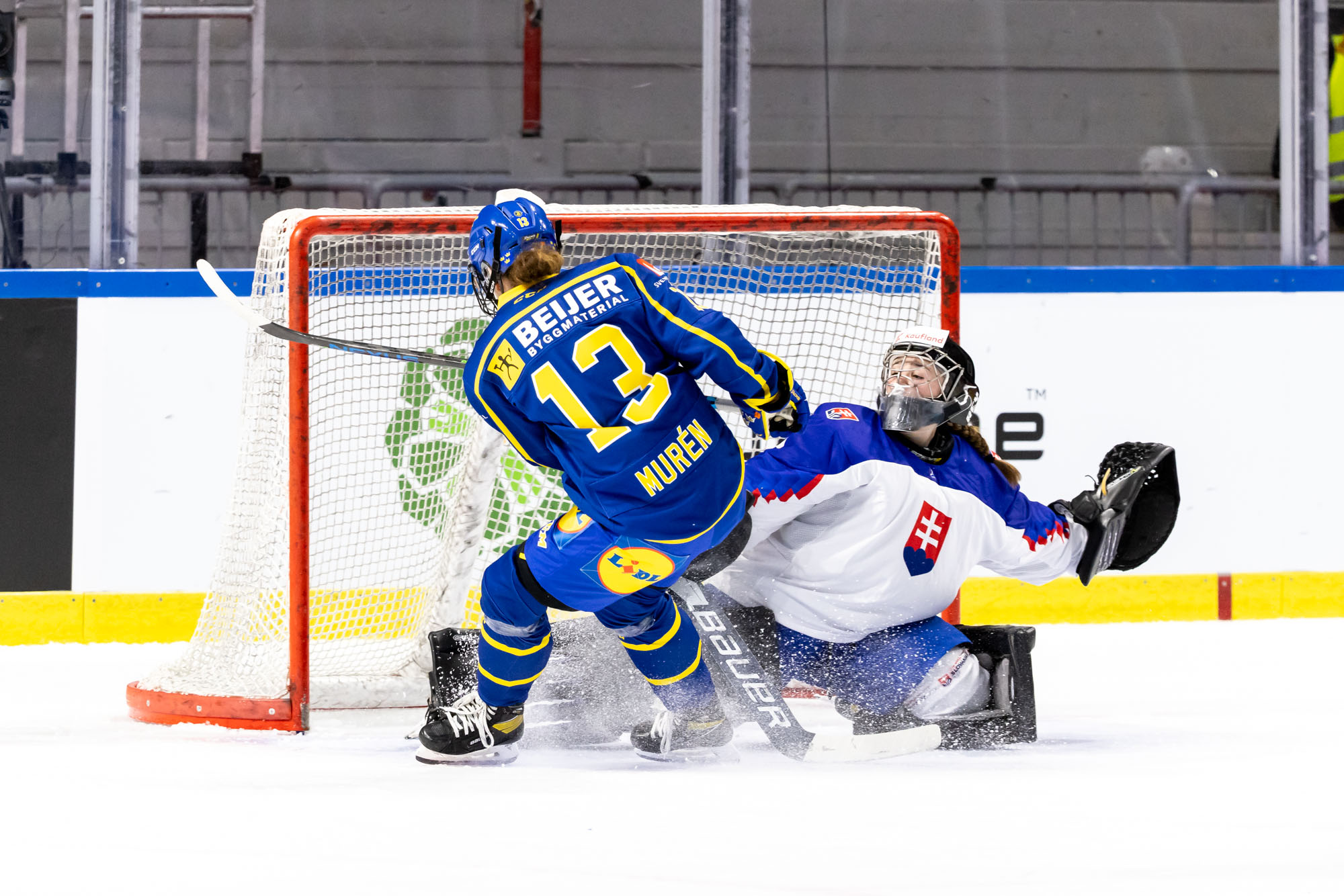 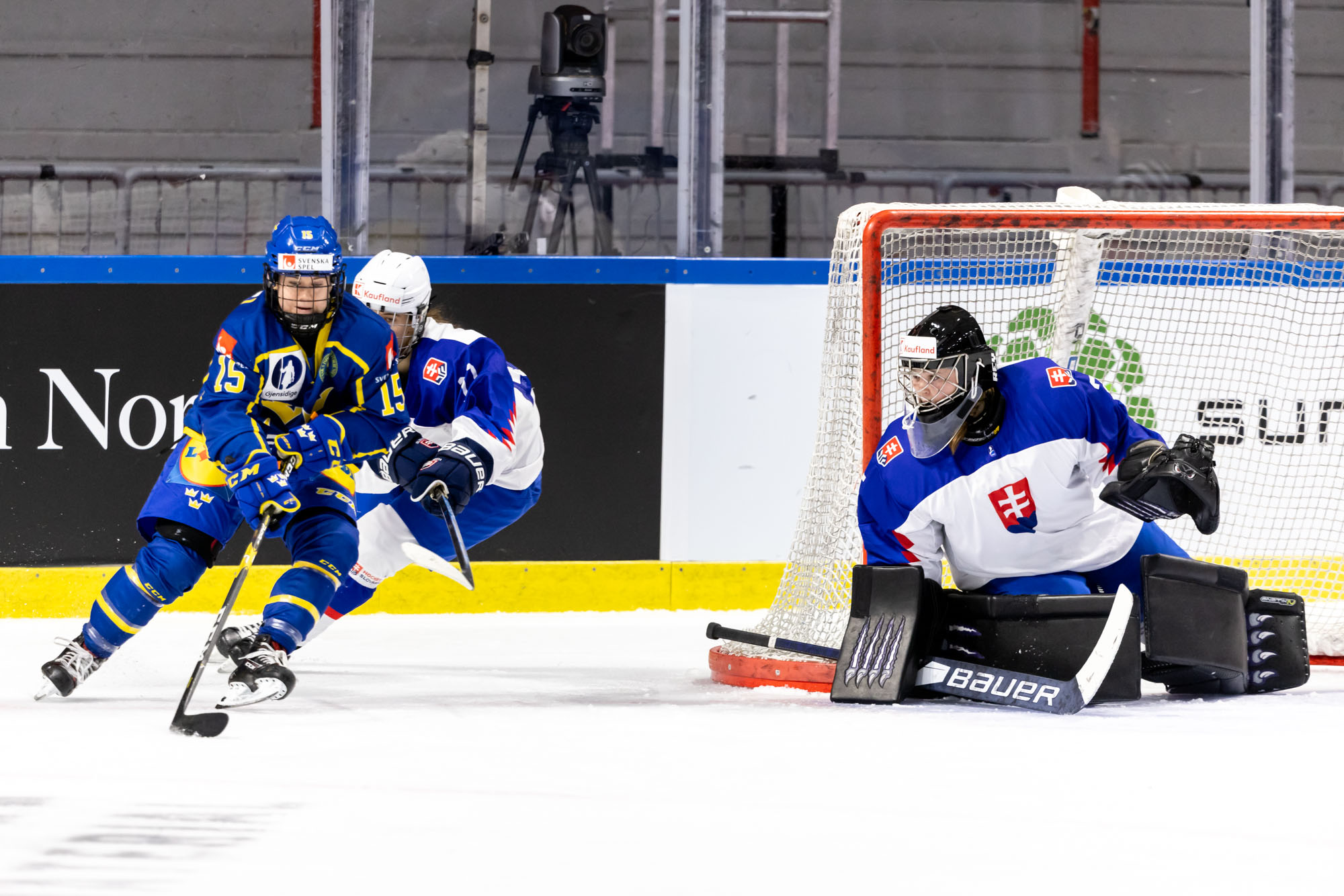 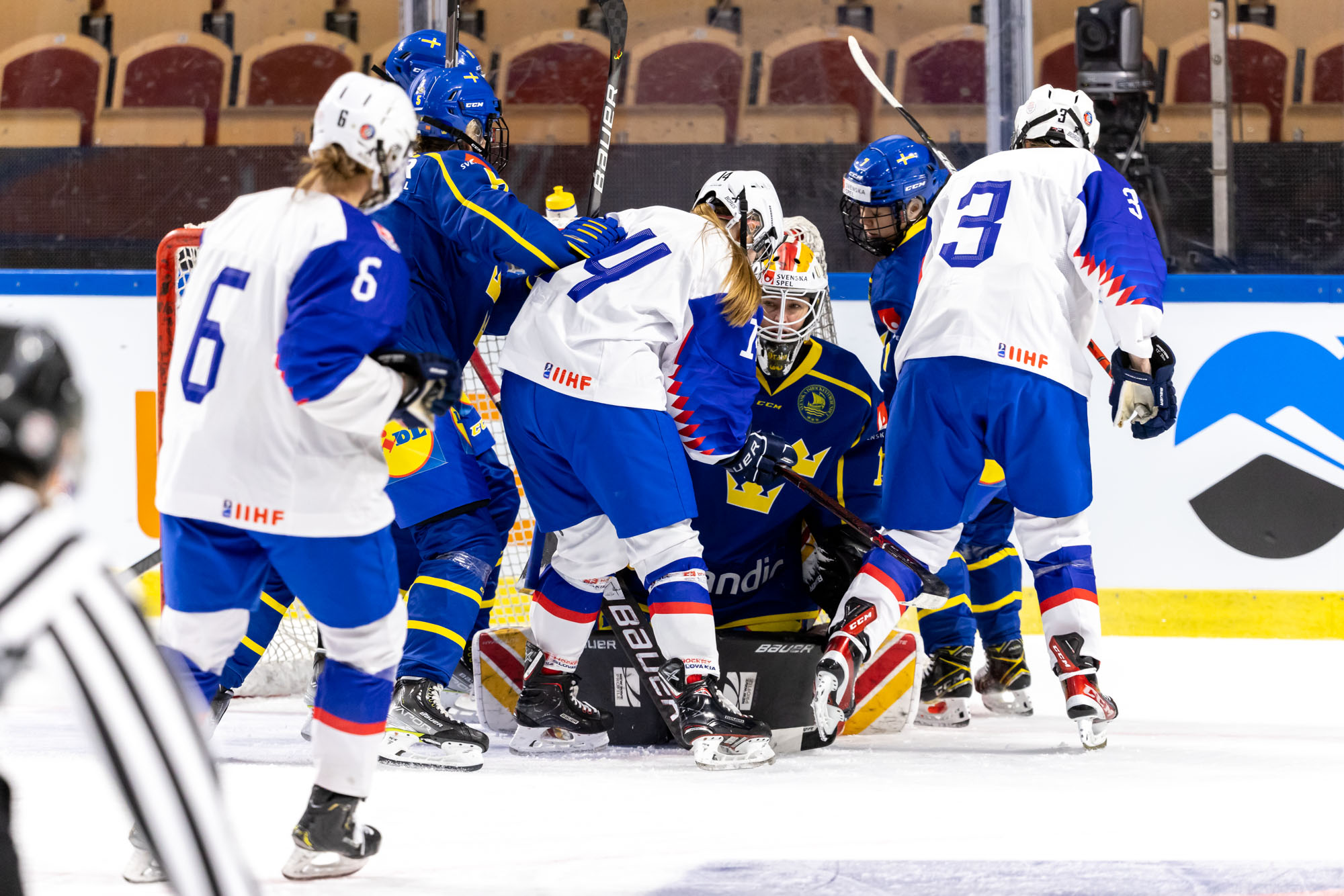 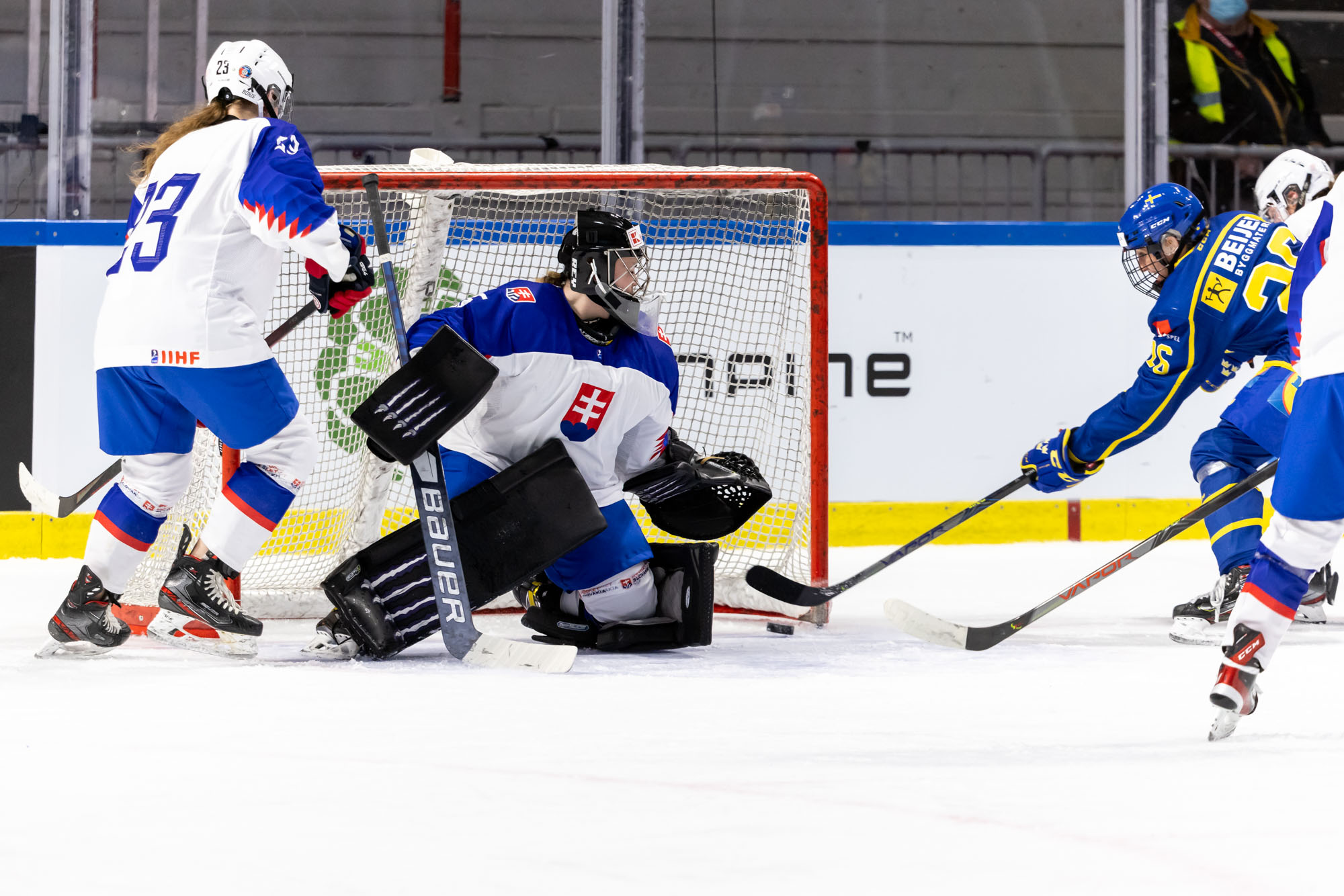 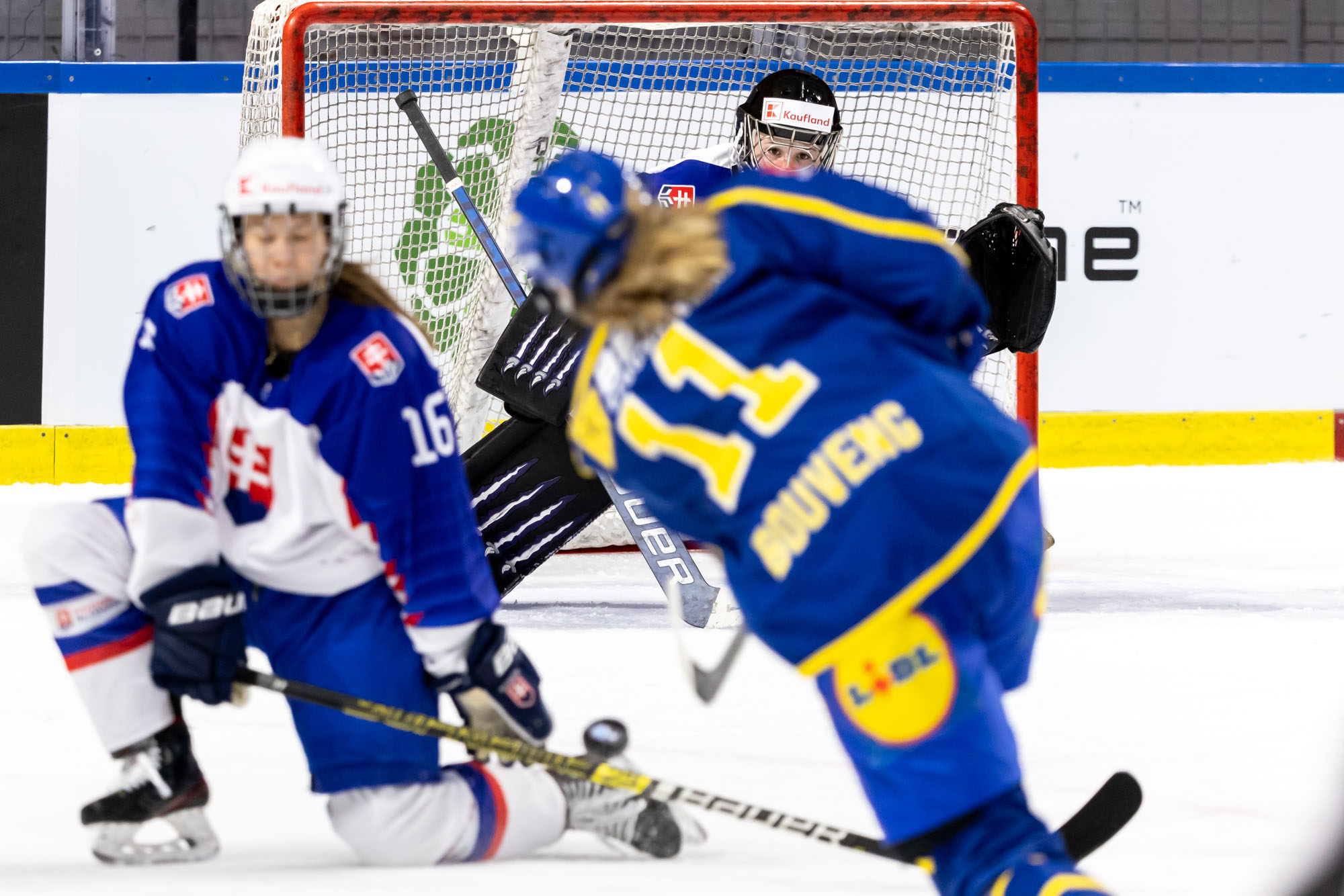 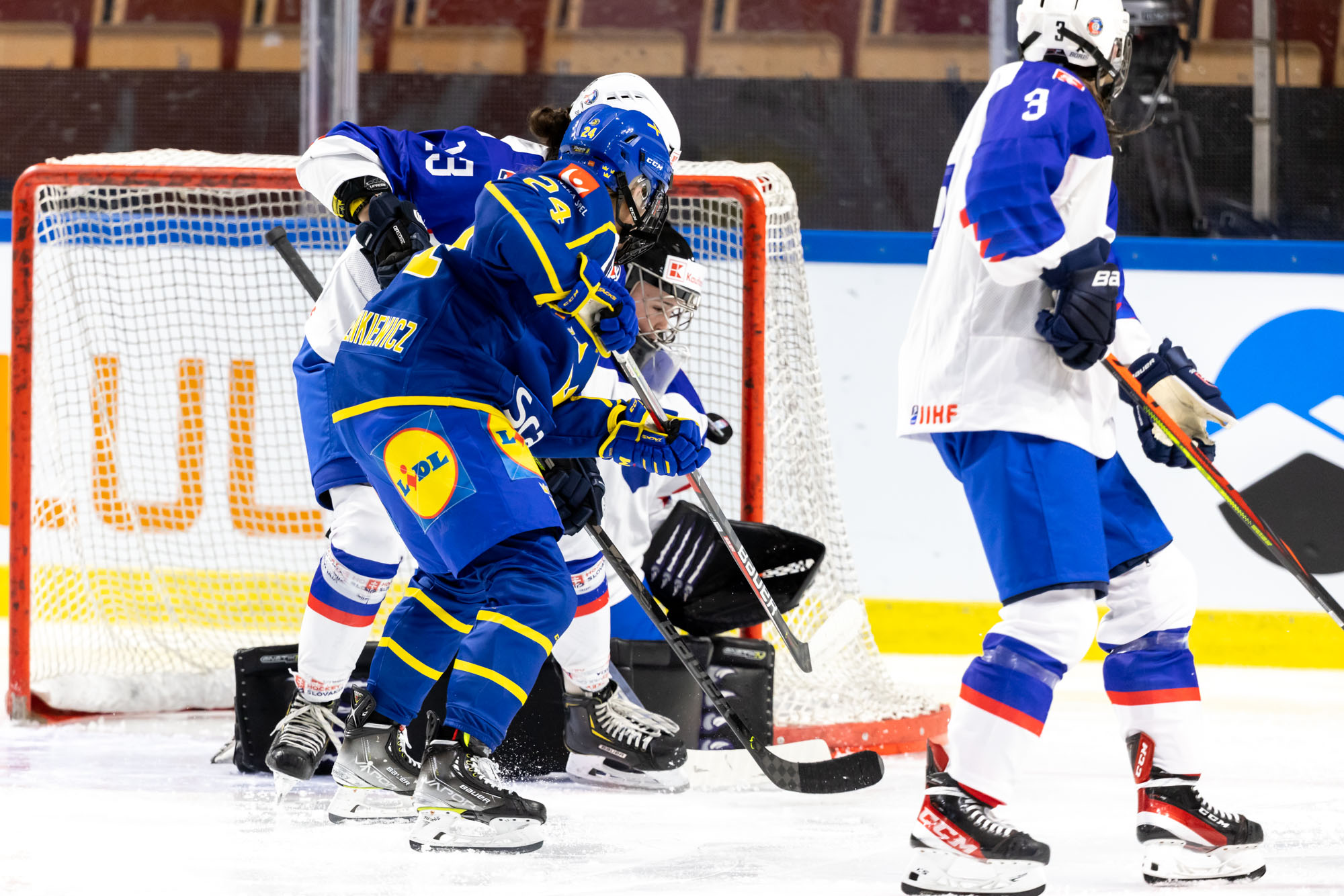 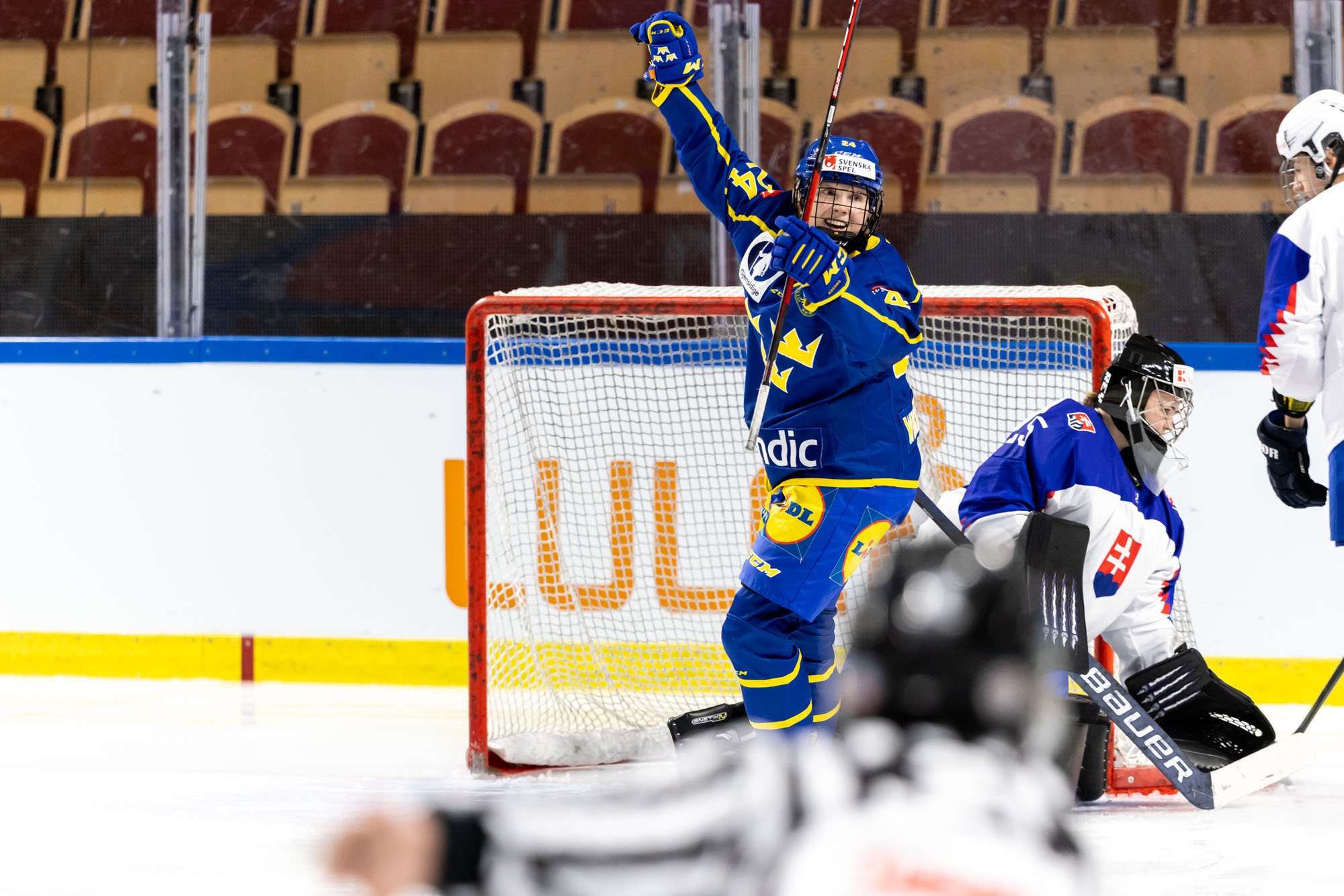 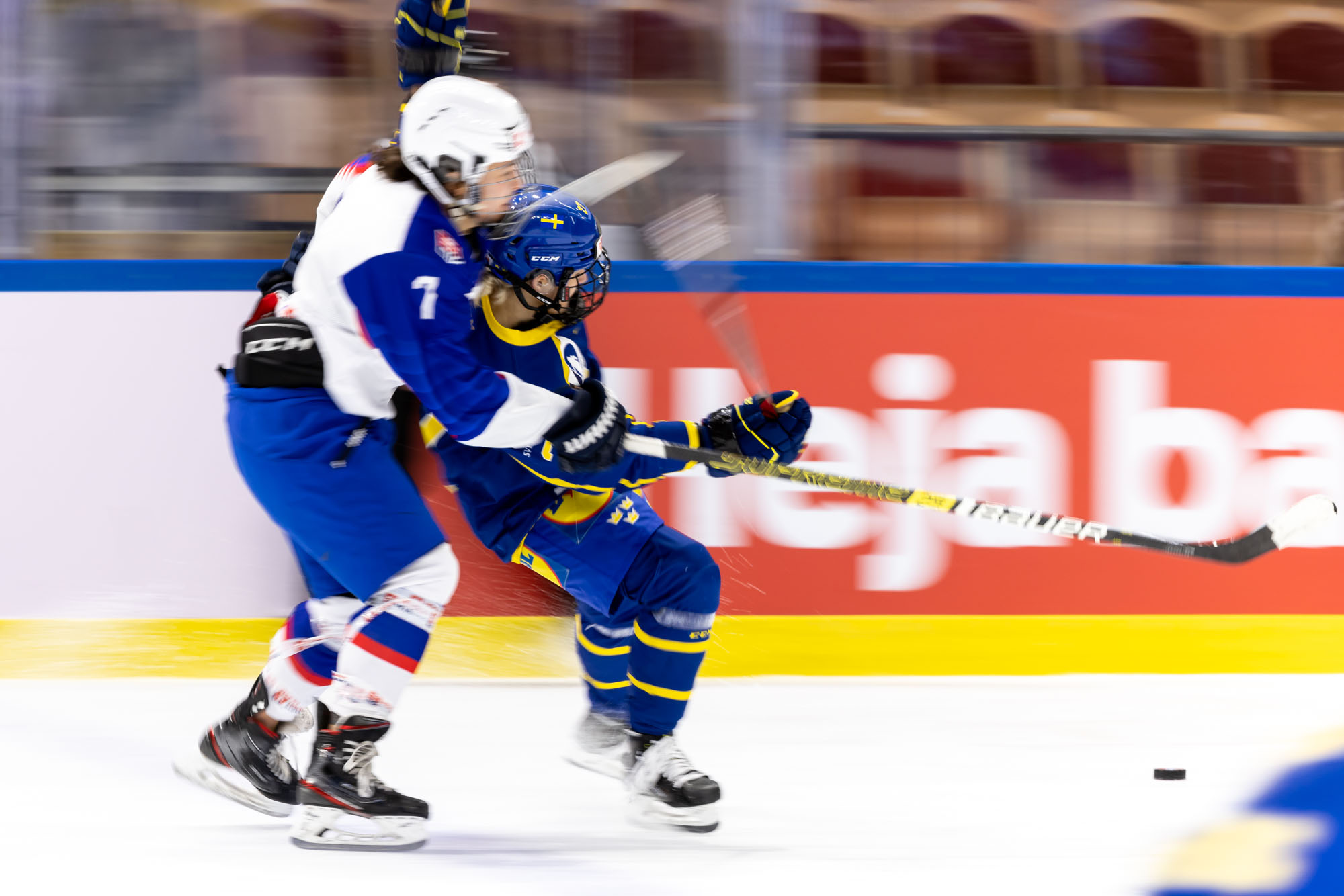 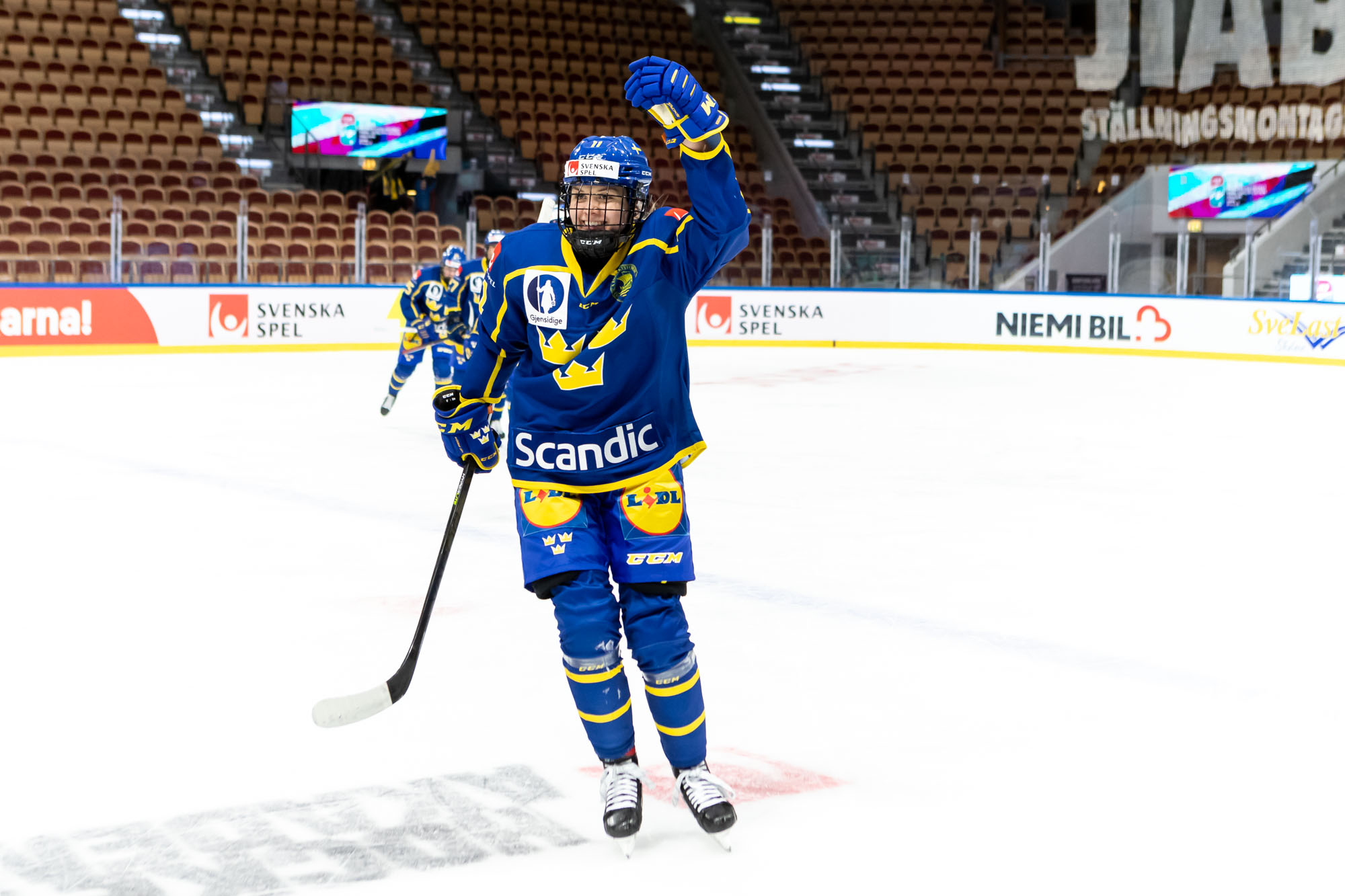 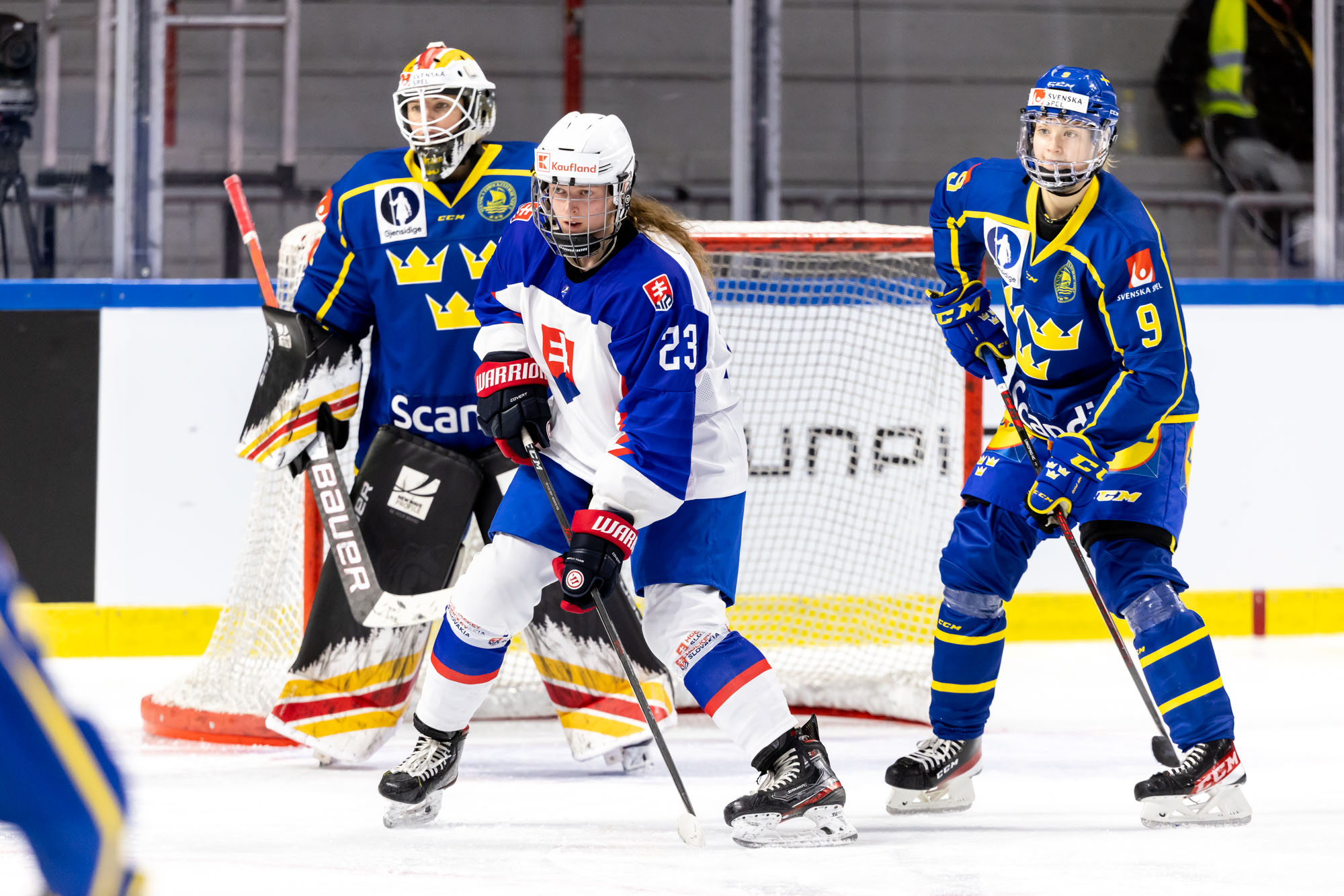 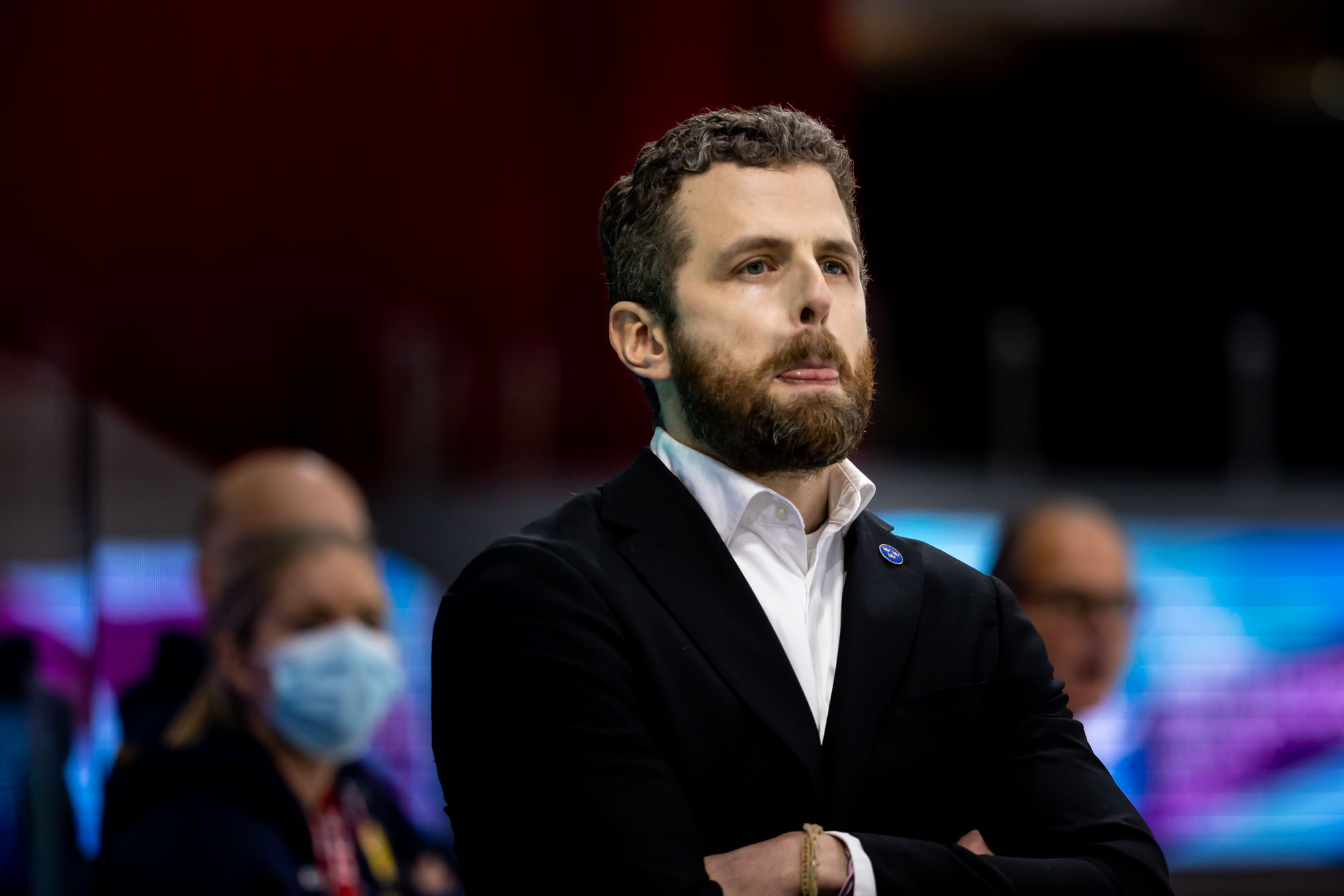 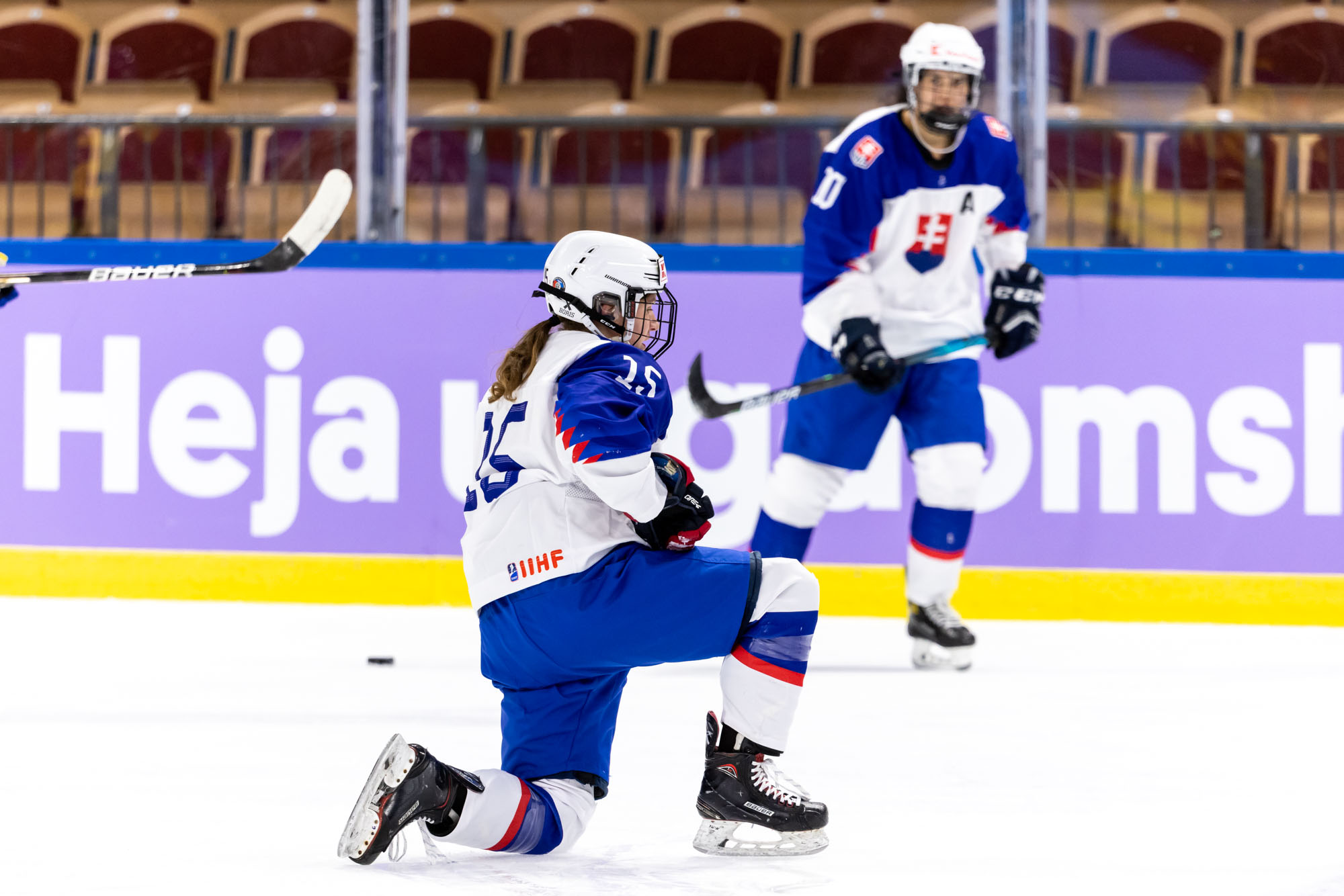 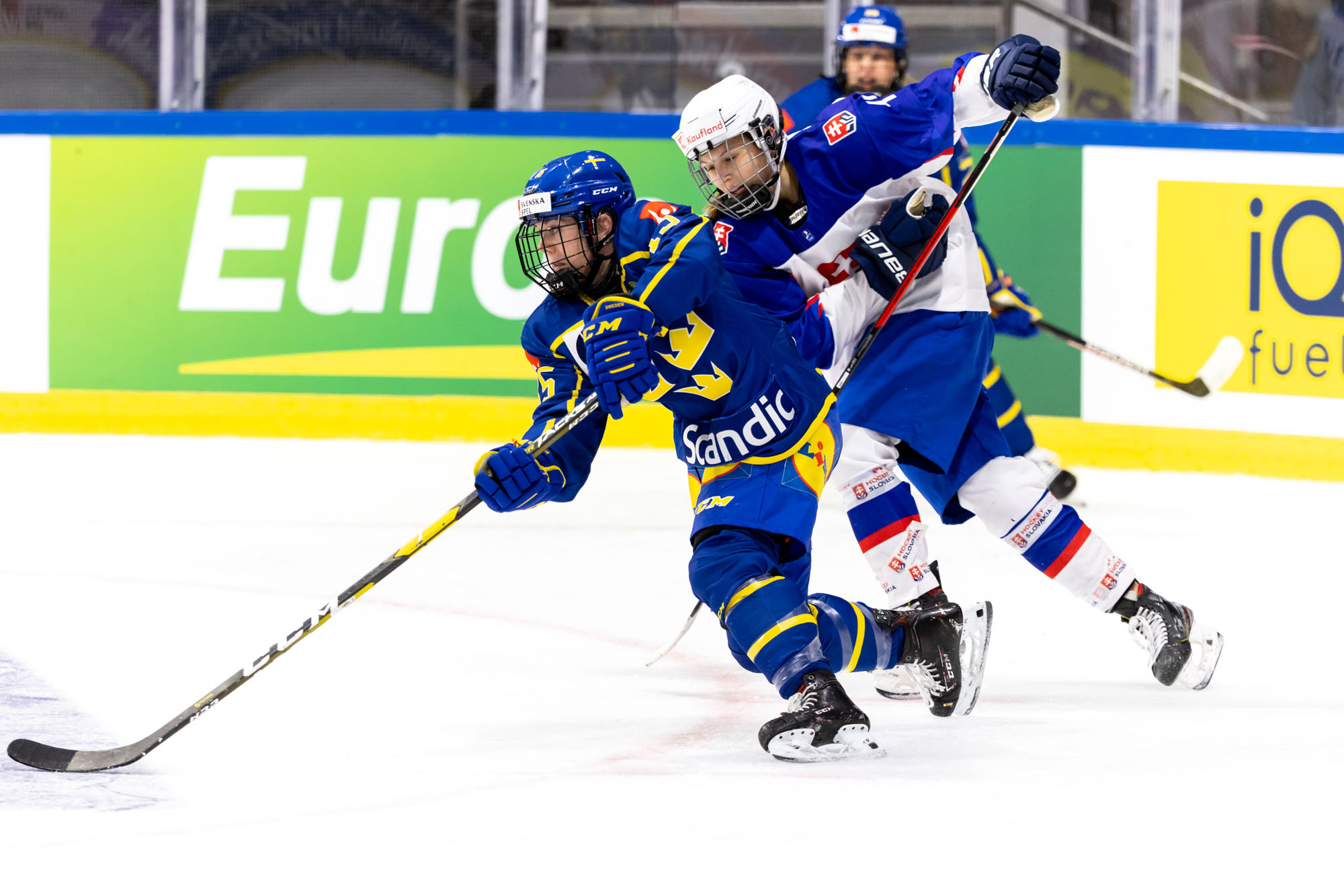 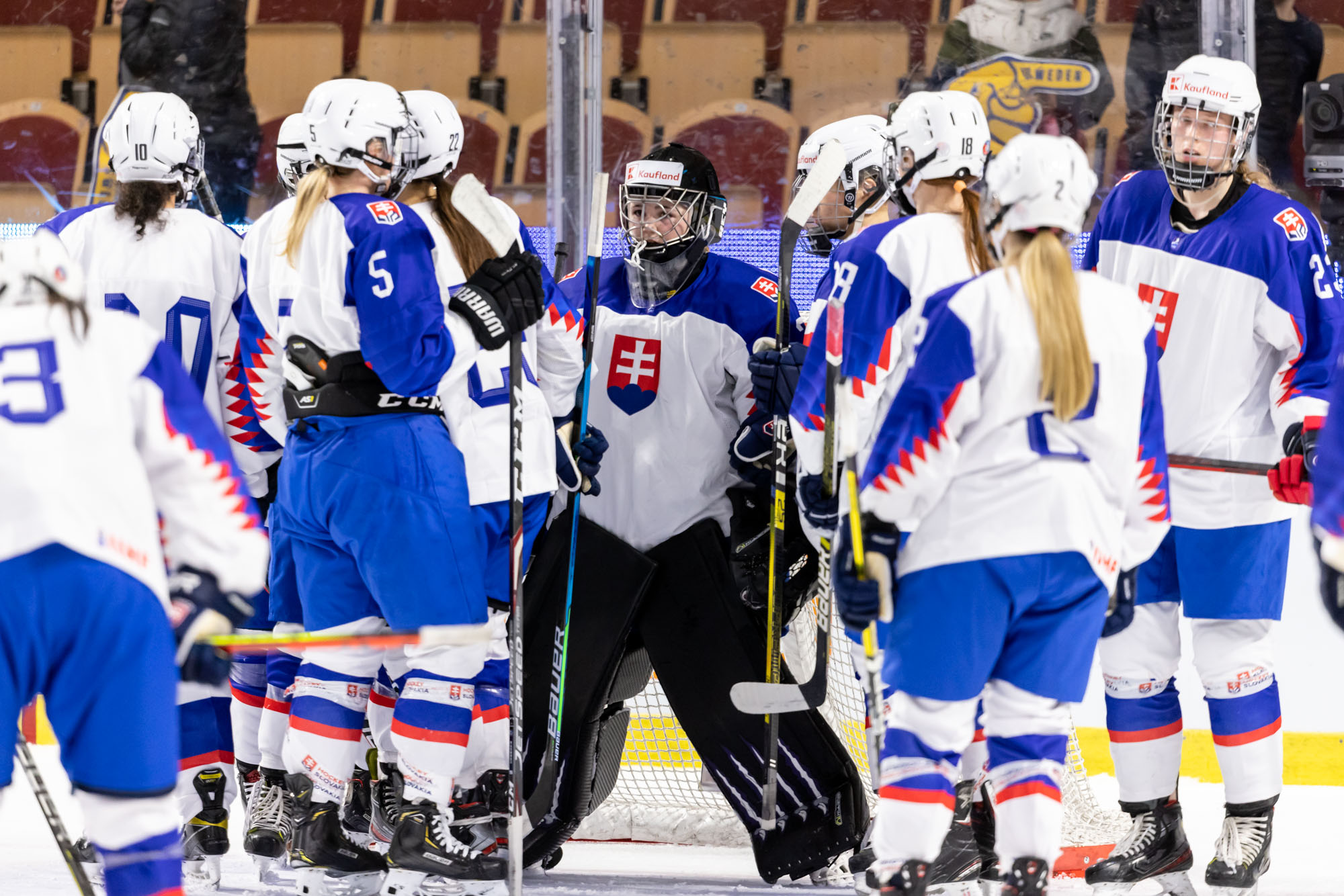 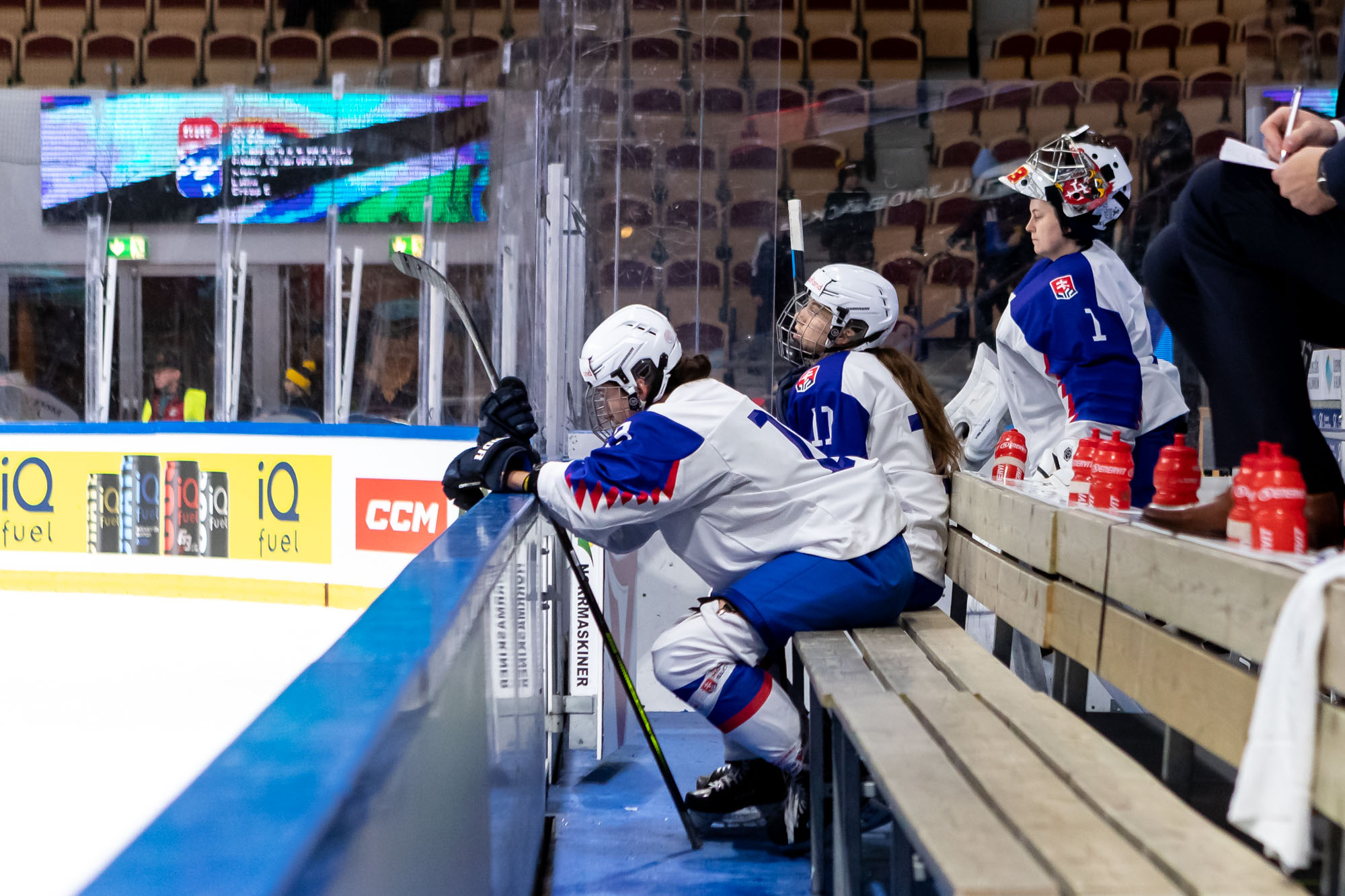 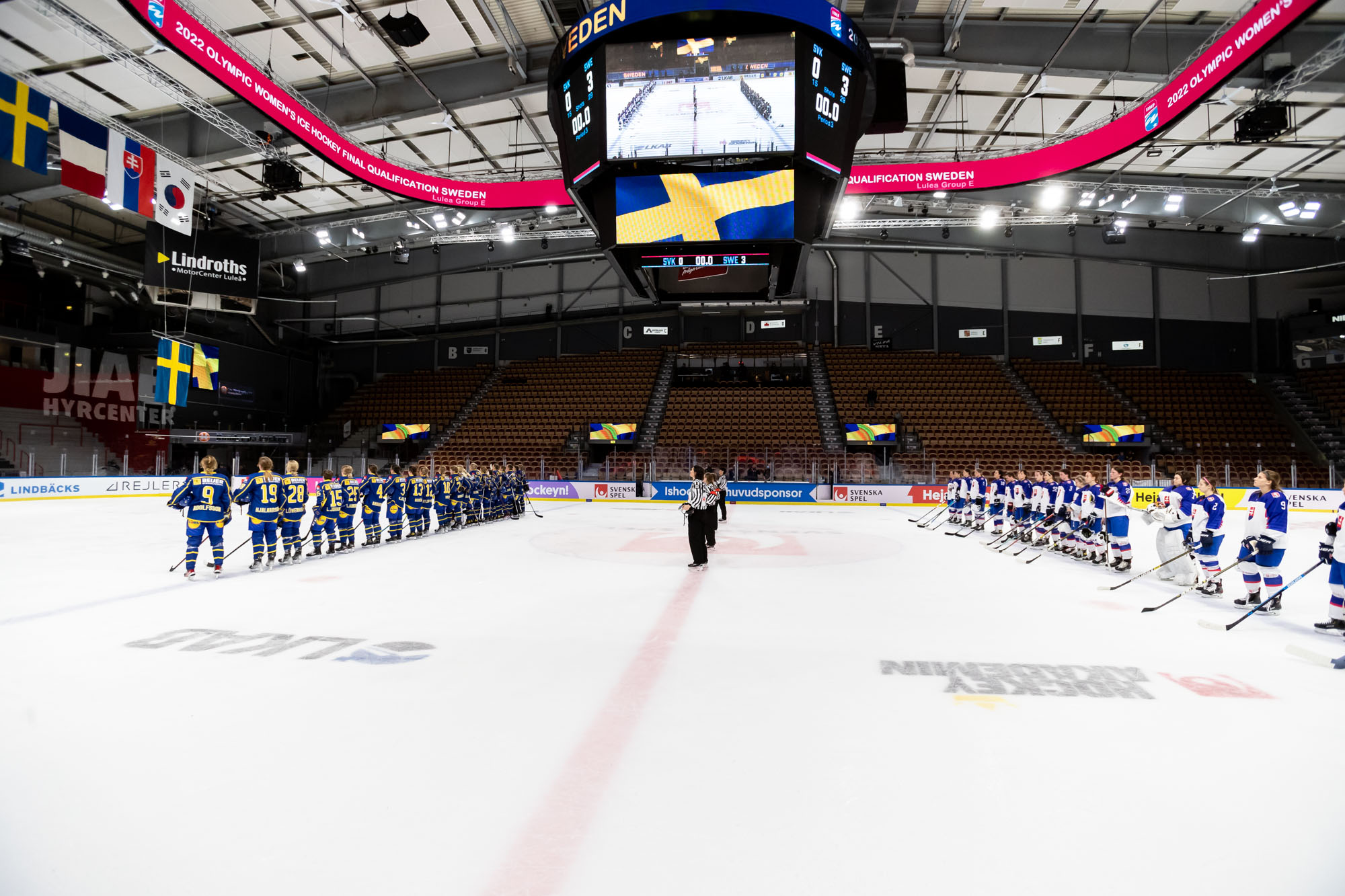 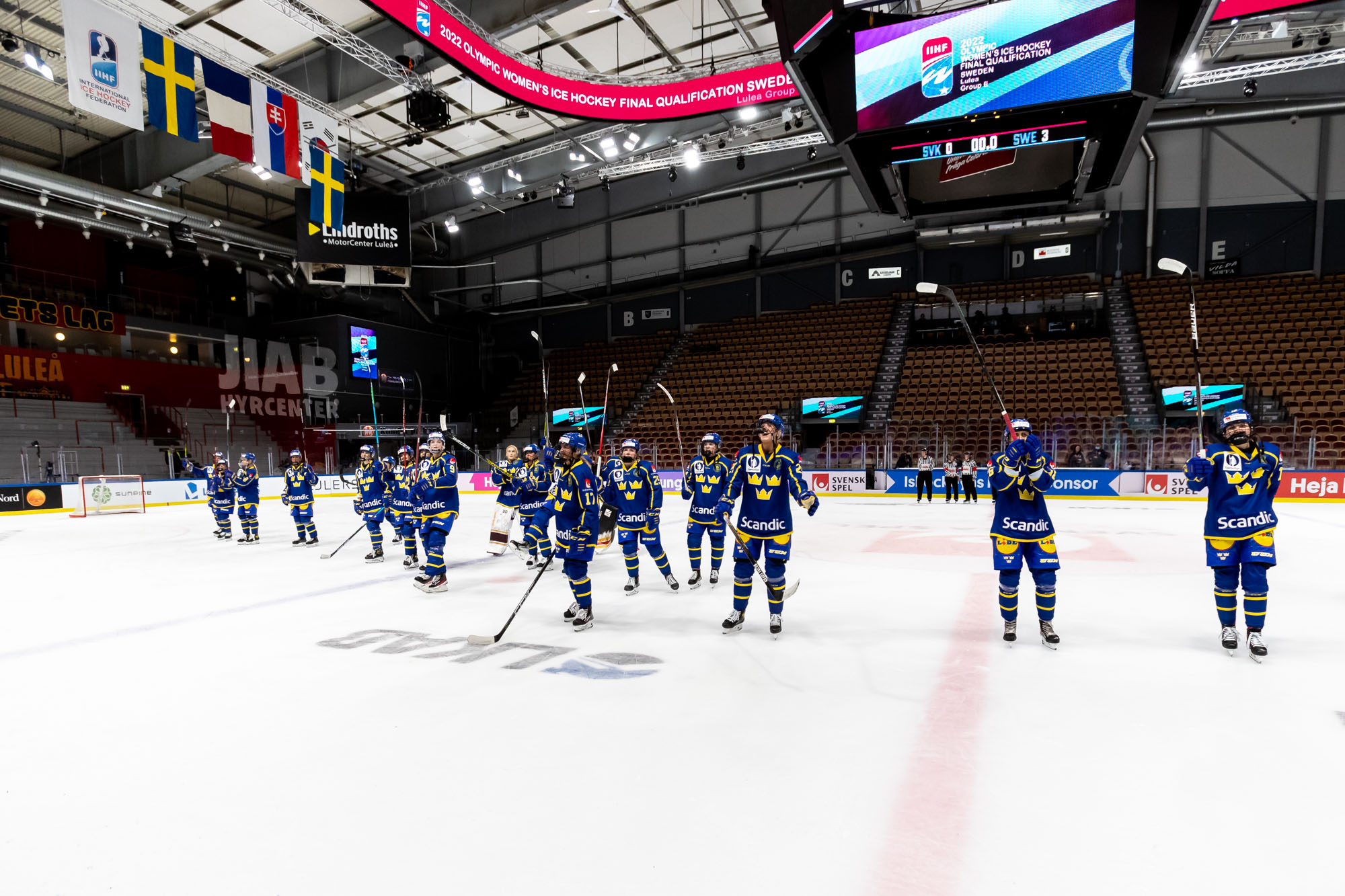 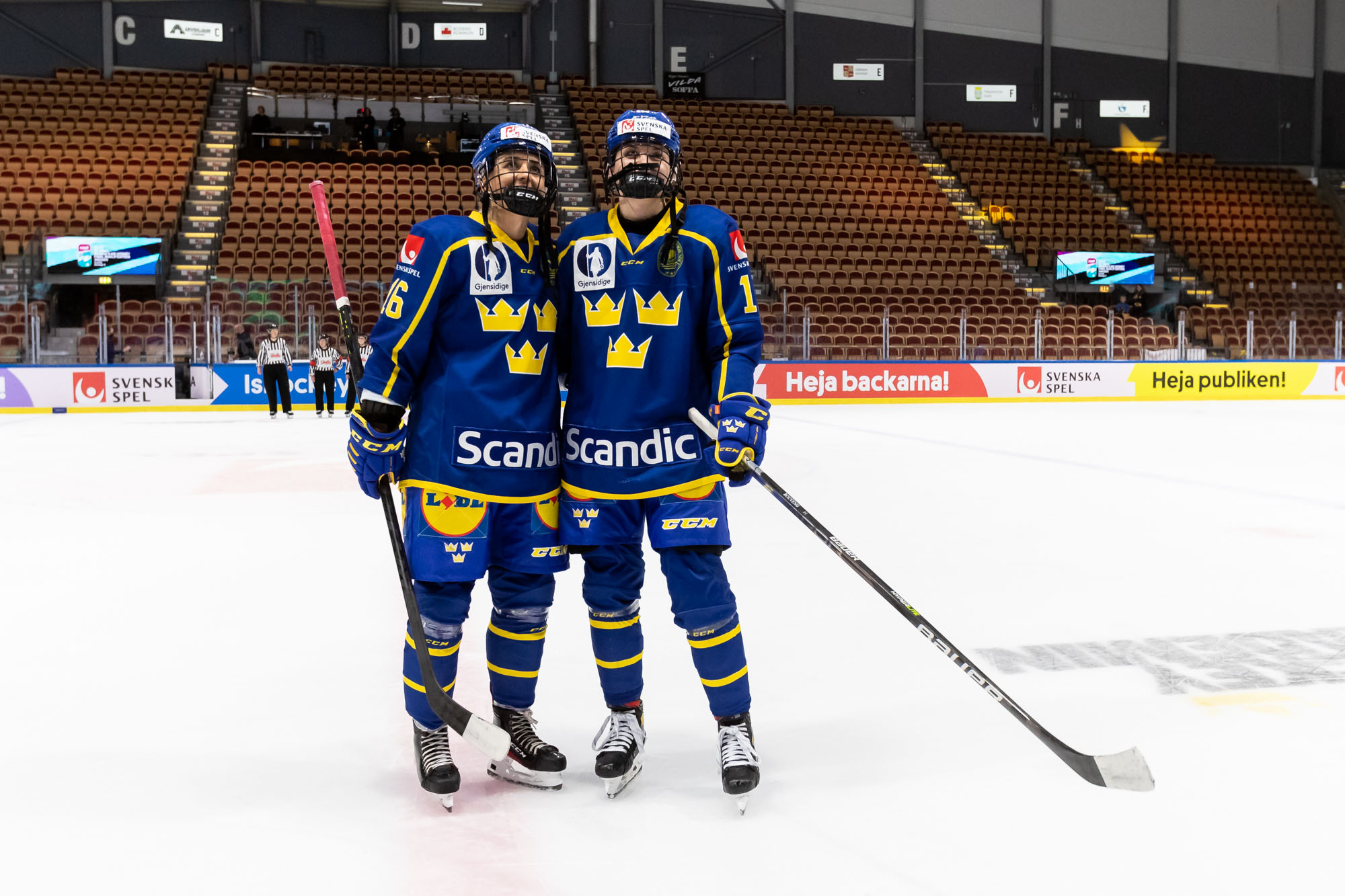