ABBA’s “The Winner Takes It All” wasn’t actually played during the Sweden-Japan game, but its spirit hovered over the proceedings. At Espoo's Metro Areena, Ayaka Toko's power play goal with 1:15 left gave Japan a 3-2 win and a Group B quarter-final spot. Shockingly, Sweden is relegated for the first time in Women's Worlds history.

Toko unleashed a high drive from the top of the faceoff circle that beat goalie Sara Grahn through traffic. The Japanese celebrated wildly as the Swedes despaired. Sweden has gone from winning an Olympic silver medal in 2006 to falling out of the elite division in the span of 13 years.

"We always believed in ourselves and believed that we could win," said Japanese captain Chiho Osawa, who won an SDHL championship with Lulea HF last month.

In the quarter-finals, Japan will face the Americans, who topped Group A. Regarding that matchup, Osawa added: "We're just going to play and focus our play on winning all the battles."

Sweden will face also-relegated France in a placement game to determine ninth place at 14.00 on Thursday.

Asked how Swedish women's hockey can rebound from this disappointment, assistant captain Pernilla Winberg said: "Of course we need all the support we can get. We have a lot of good players in Sweden. So we should do better than this. Hopefully we'll get together next year and make our way up again."

In a game overflowing with video reviews, Haruna Yoneyama and Akane Shiga also scored for Japan. Captain Emma Nordin and Erika Grahm, who was off for charging during the Japanese winner, scored for Sweden.

Of her game-ending penalty, Grahm said: "I don't know. I tried to forecheck and I just went into her. I think she fell. I can't go so hard, obviously."

The newly promoted Japanese have achieved another noteworthy success after their remarkable sixth-place performance at last year’s Olympics, which matched their all-time best from Nagano 1998. And the Japanese previously defeated Sweden at the 2015 Women's Worlds and last year's Olympics, so there was no way the Swedes could take their Asian opponents lightly.

"Our young players have more energy and some veterans have good experience from PyeongChang," explained Japanese forward Sena Suzuki, who spent three seasons with the CWHL's Toronto Furies.

The Damkronorna lost their funding from the Swedish Olympic Committee after last year's seventh-place finish at the PyeongChang Olympics, and this stunning loss adds to that sting. It's arguably the darkest hour in Swedish women’s hockey history."You can't relax at any stage of the game," Winberg said. "Today it didn't go our way, and that's what happens."

Sweden’s leaders started things off on the right foot at 2:36. An onrushing Winberg, who famously scored the 2006 Olympic semi-final shootout winner against the Americans, skimmed a pass from the left corner and found Nordin in front. She banged it into the open side.

That spurred the confidence of the Swedes, who controlled the play thereafter and outshot the Japanese 9-2 in the opening stanza. Japan mounted a late push around Grahn’s net that saw Grahm sent off for slashing at 19:44. But coach Yuji Iizuka’s team couldn’t find the range with the power play that extended into the second period.

The teams sparred tentatively for the first half of the second period, and Sweden couldn’t pull ahead despite two minors to Sena Suzuki. Fujimoto foiled Sara Hjalmarsson on the doorstep toward the end of the latter 5-on-4. A couple of minutes later, the Japanese goalie stoned Winberg on a breakaway.

Osawa raved about Fujimoto's play: "She's really good every time, but especially today. So, so good!"

The intensity picked up with a pair of jersey #14’s involved. With under five minutes left in the middle frame, Sabina Kuller paid the price, blocking a Haruka Toko drive late in a Japanese power play. Then Toko regained the puck and barged to Grahn’s crease with another good scoring chance.

Japan delivered the tying goal at 16:02. From left wing, captain Chiho Osawa put the puck to the net and Yoneyama swatted it in. The play was subjected to video review and ruled good, as Yoneyama did not interfere with the Swedish netminder.

Yoneyama, who was a force all game long, hoped she’d put Japan ahead when she headed to the net off an offensive zone faceoff and whacked the puck past Grahn just as the horn sounded. However, another review affirmed that the second period had ended, and it was nothing doing.

At 7:10 of the third, the Swedes rejoiced when they took a 2-1 lead. A pinching Sofia Engstrom came down the left side and slid the puck into the crease, where Grahm succeeded in pitchforking it home. Yet another review ensued. It didn't take long, and coach Ylva Martinsen and her women were back in the driver's seat.

However, the Japanese refused to quit. At 11:10, they drew even on a power play. Shiga leaned into a centre point slap shot that deflected in past Grahn's right skate.

"You have to play smart and you have to control the games out there and be mentally strong," said a resigned Winberg. "Sometimes you've got to make good plays too and not just work hard."

Let's pause to reflect on the big picture of Swedish hockey.

Right now, Elias Pettersson of the Vancouver Canucks is the leading candidate for the Calder Memorial Trophy as the NHL’s rookie of the year, with Rasmus Dahlin of the Buffalo Sabres also in the hunt. Nicklas Backstrom of the Washington Capitals is looking to win his second straight Stanley Cup, and Victor Hedman, the reigning Norris Trophy winner, has a glorious opportunity to drive the Tampa Bay Lightning toward their second Cup in franchise history.

What's the bottom line? A country with such a rich and thriving men's hockey tradition – not to mention the outstanding SDHL, which has attracted stars from Finland, the U.S., Switzerland, Canada, and Japan – should be able to do better with and for its national women’s hockey program. The conversation should not be about relegation.

The good news is that enrollment in Swedish girls' hockey is on the rise. However, the immediate focus will have to be escaping from Division I next year. 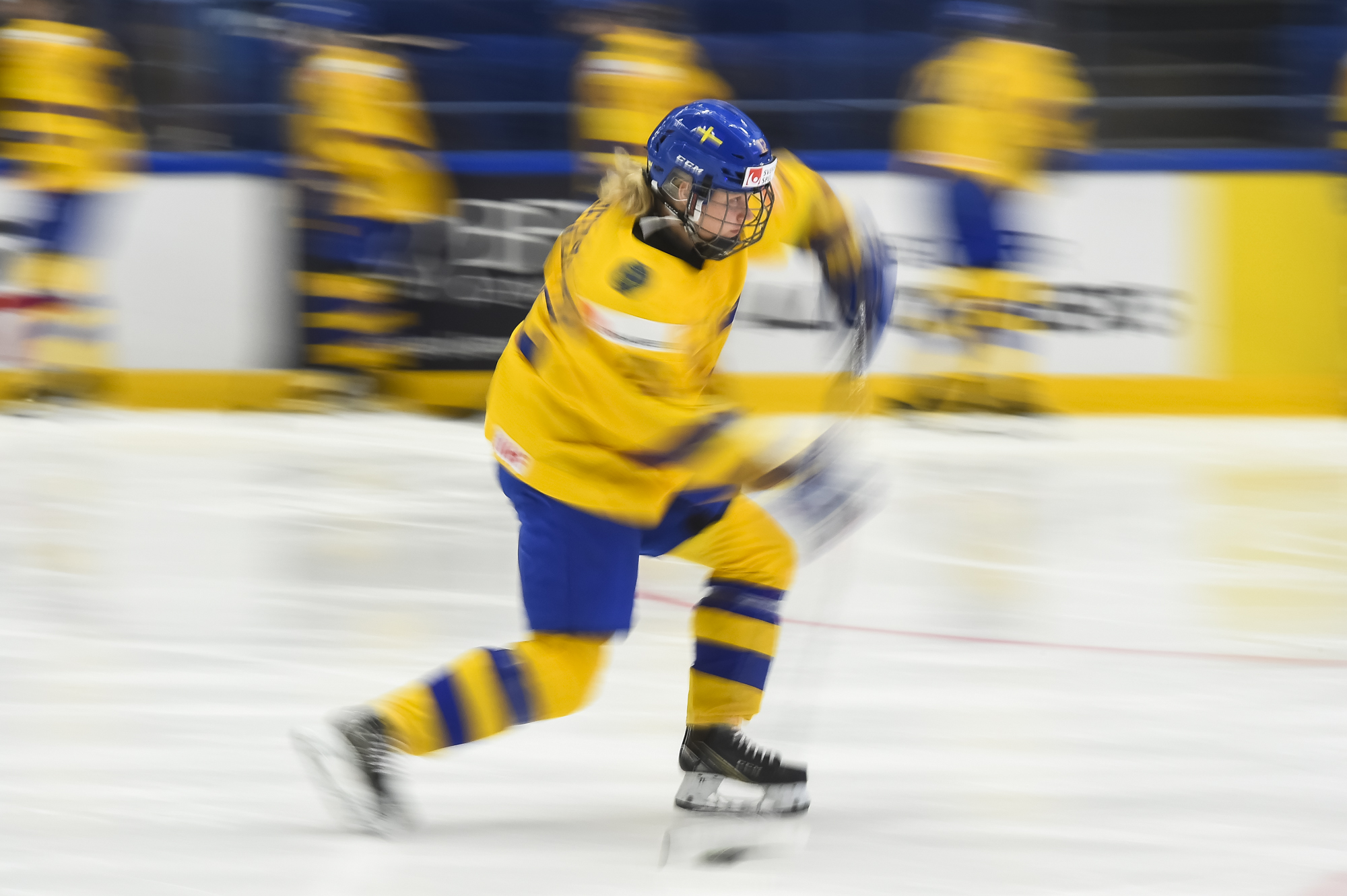 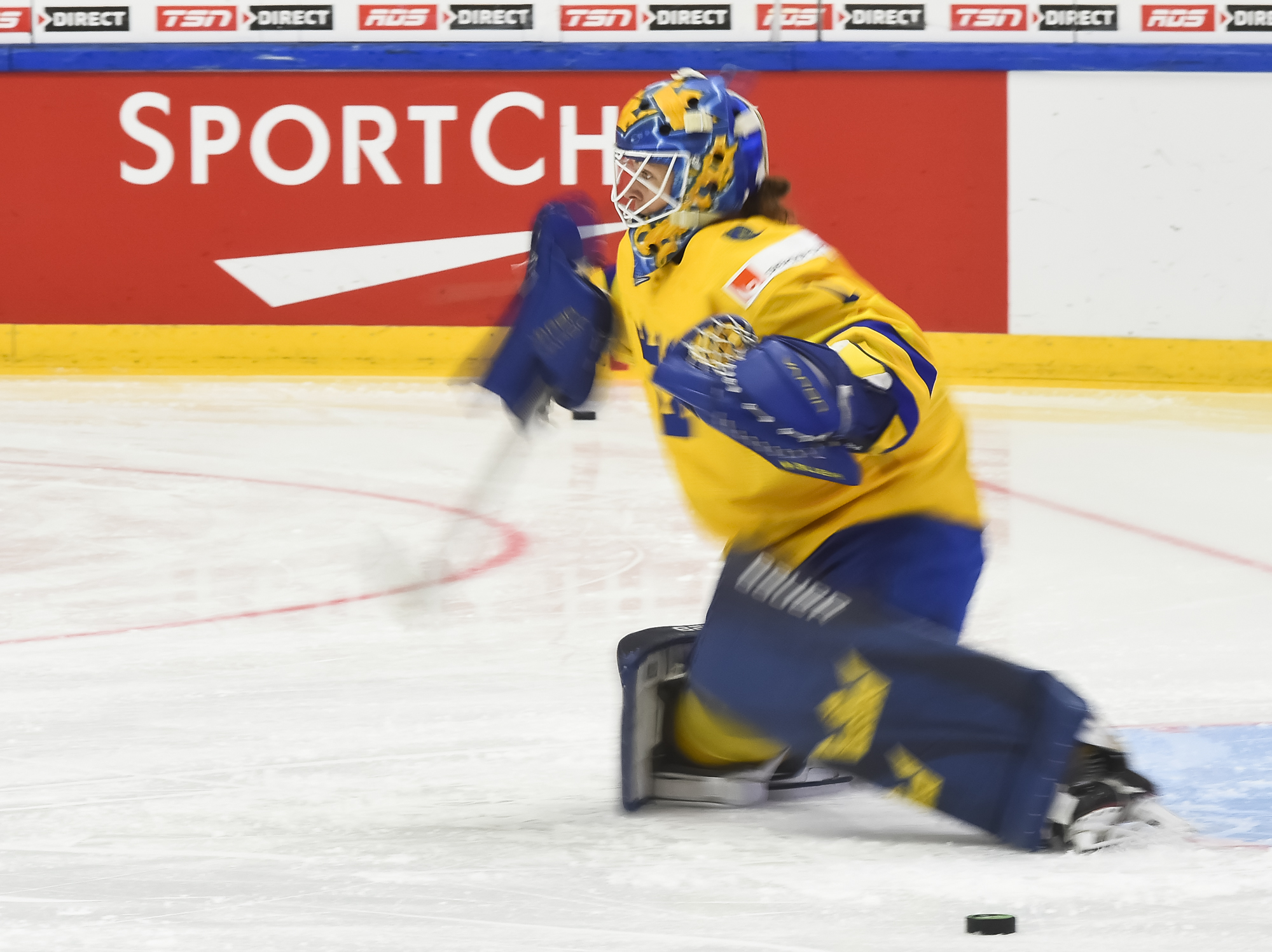 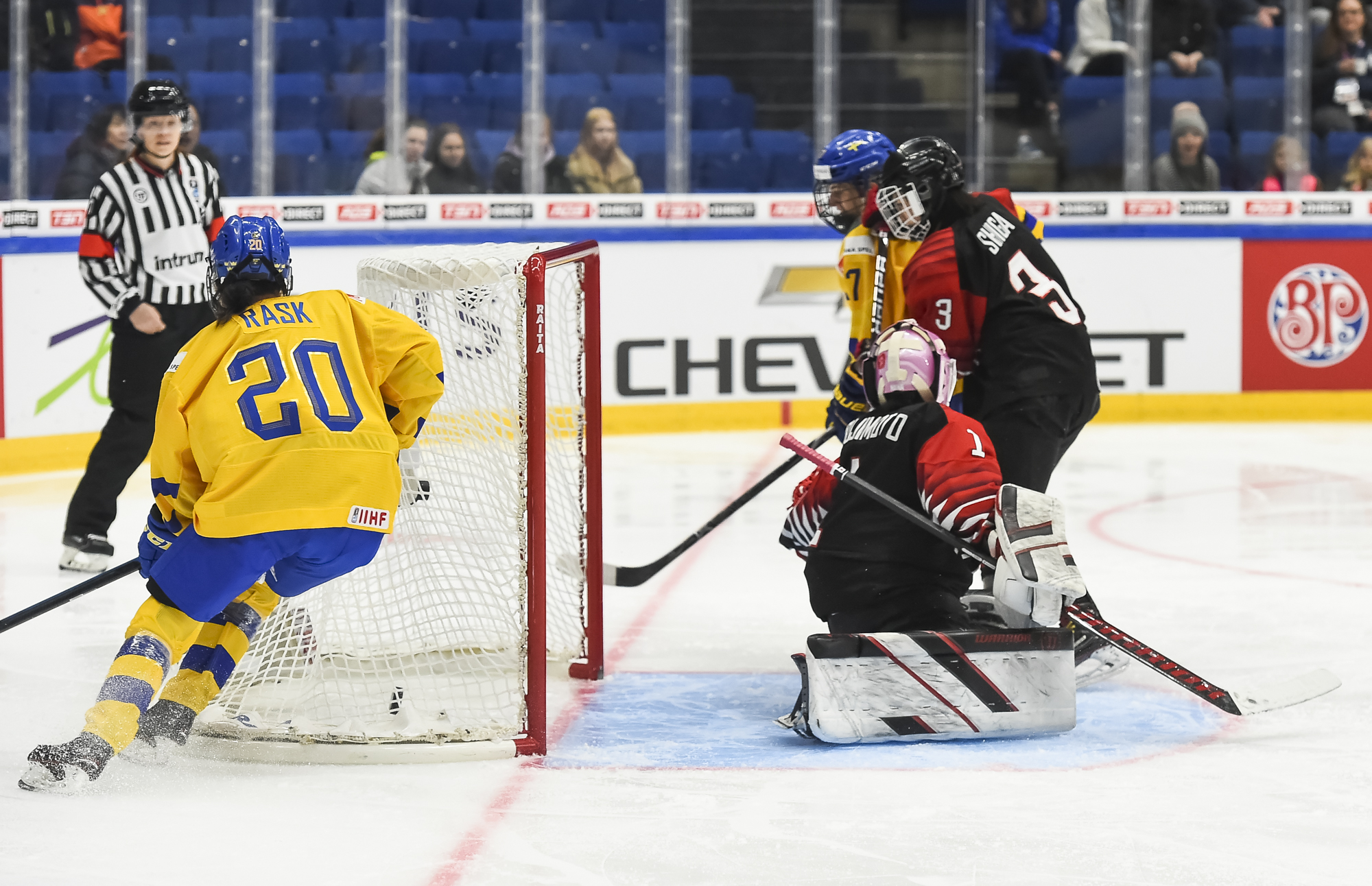 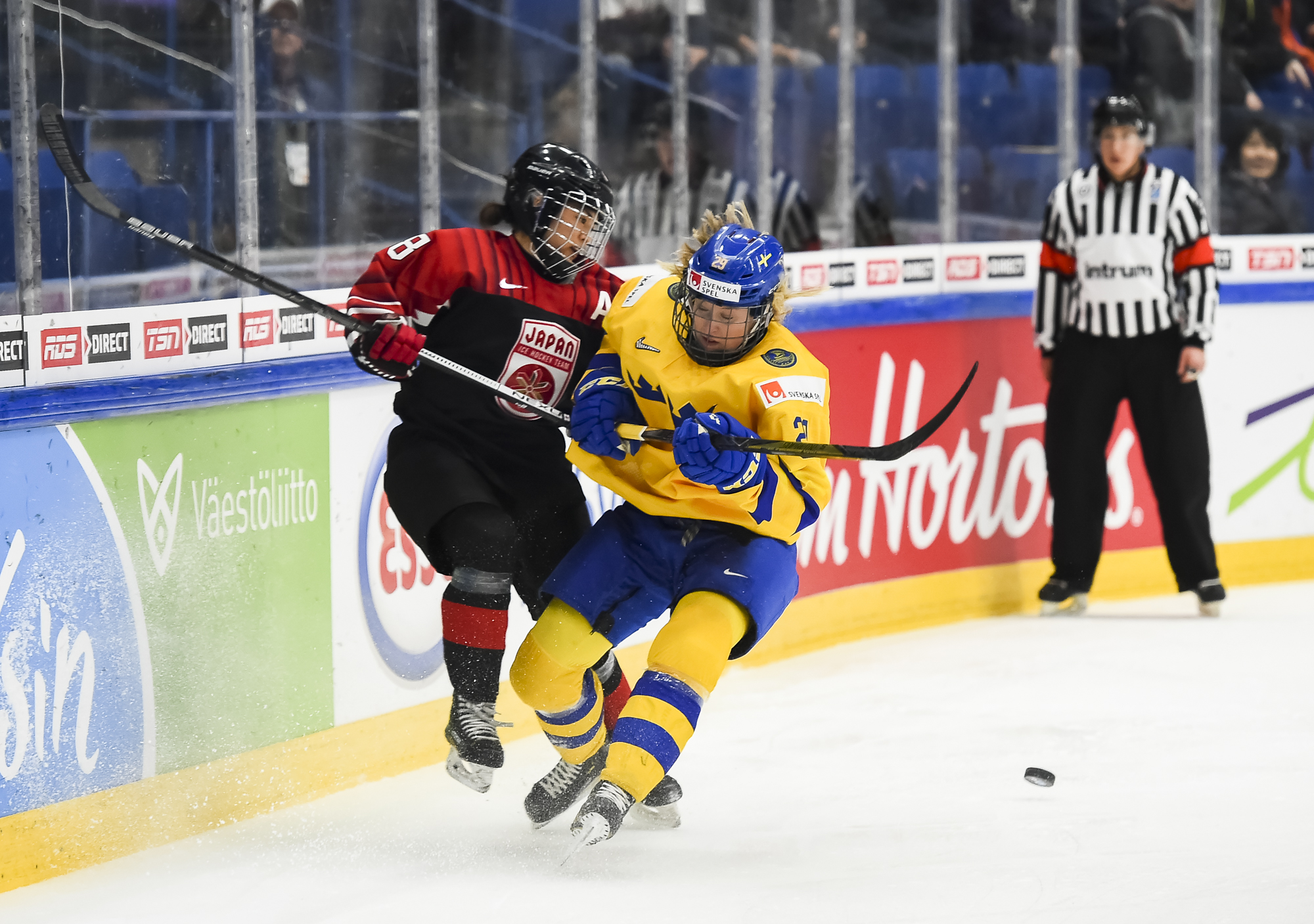 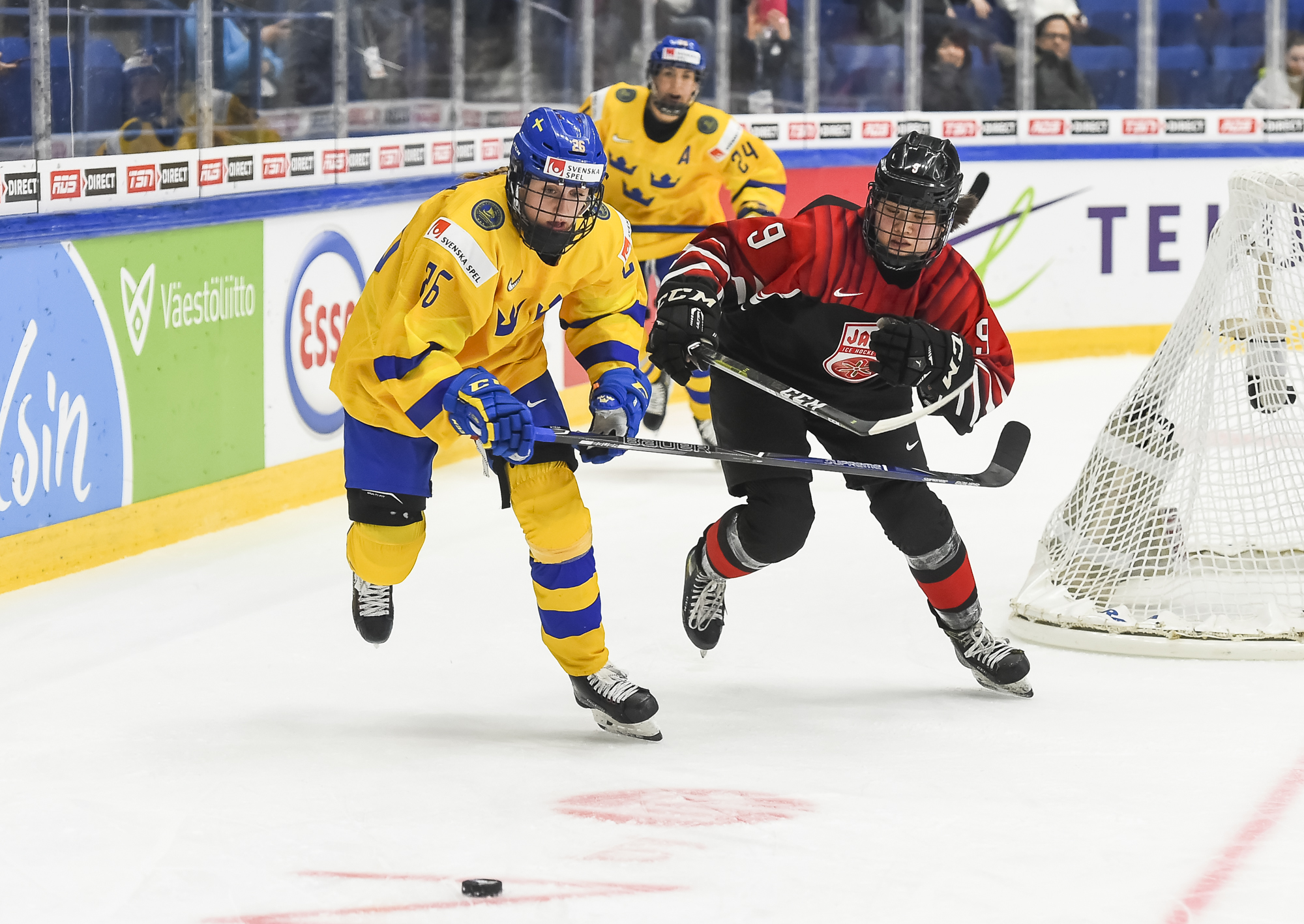 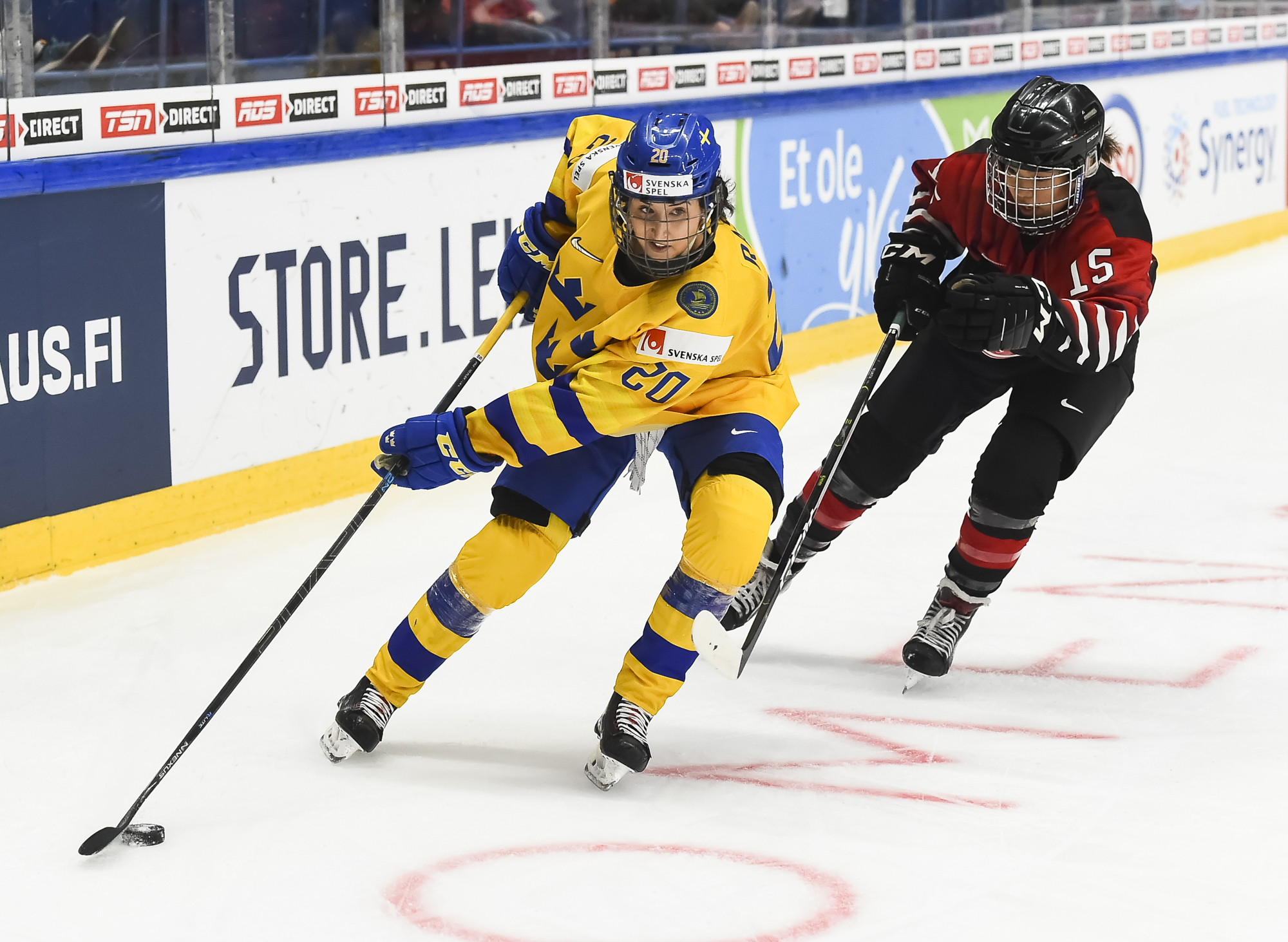 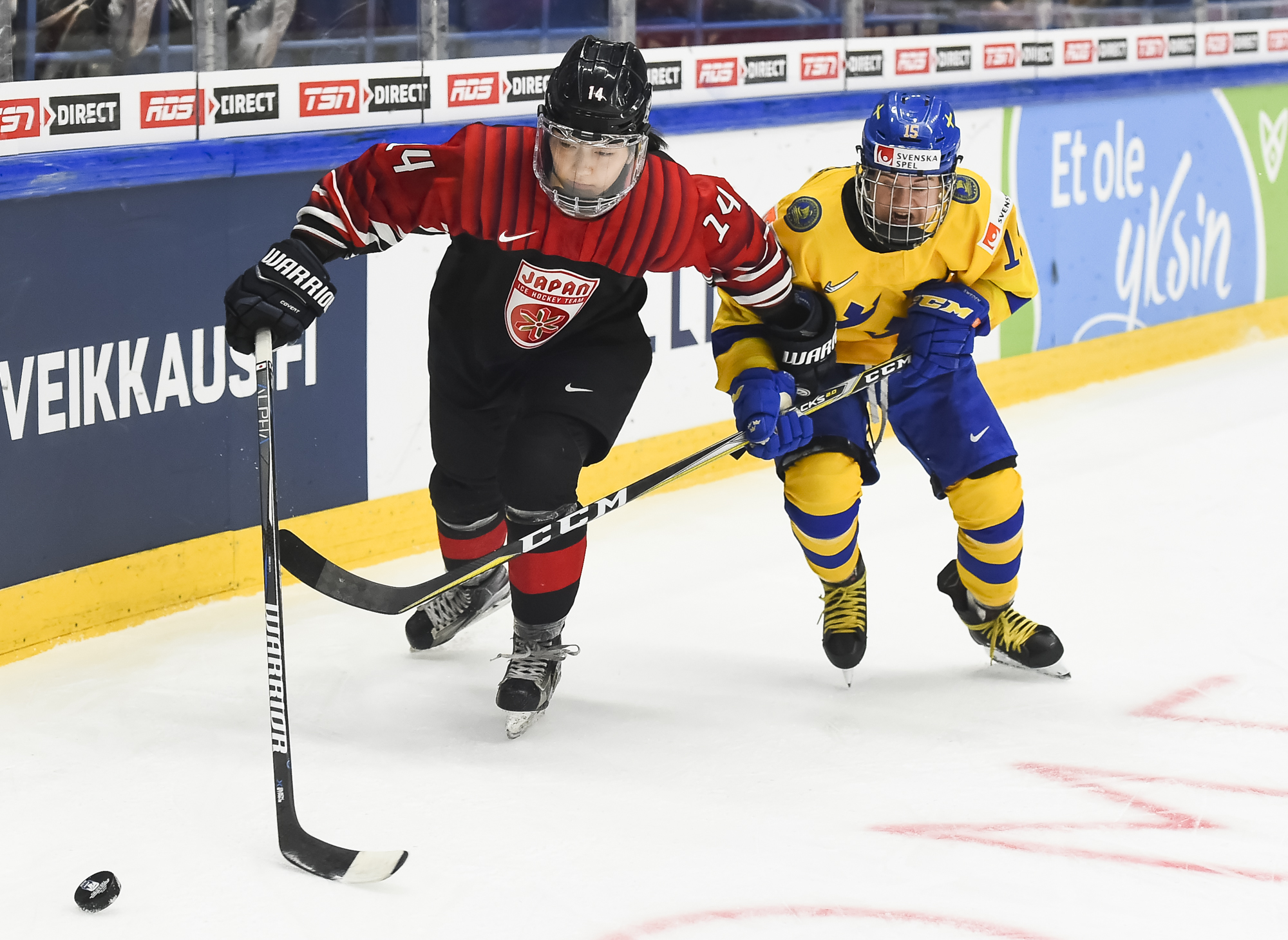 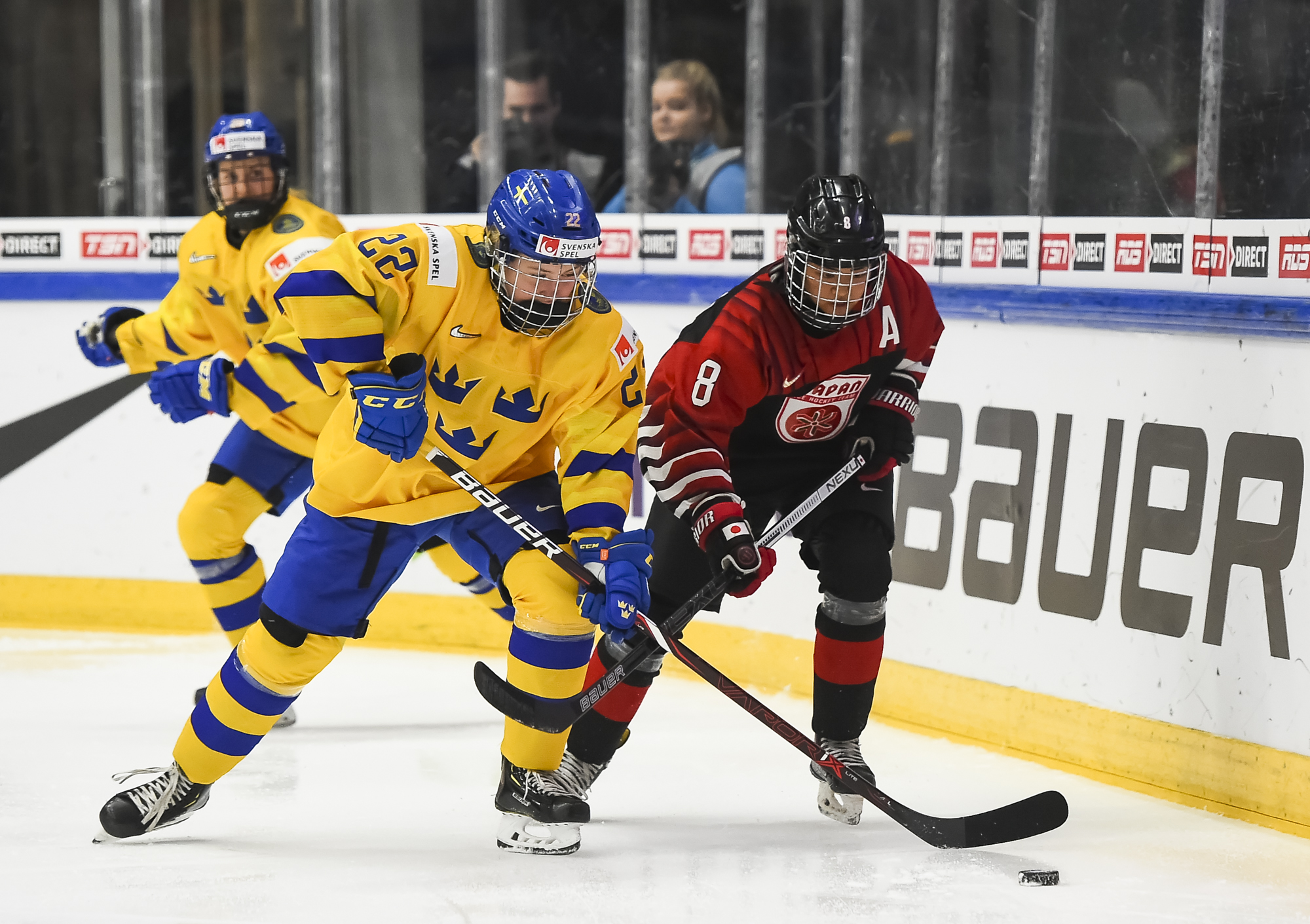 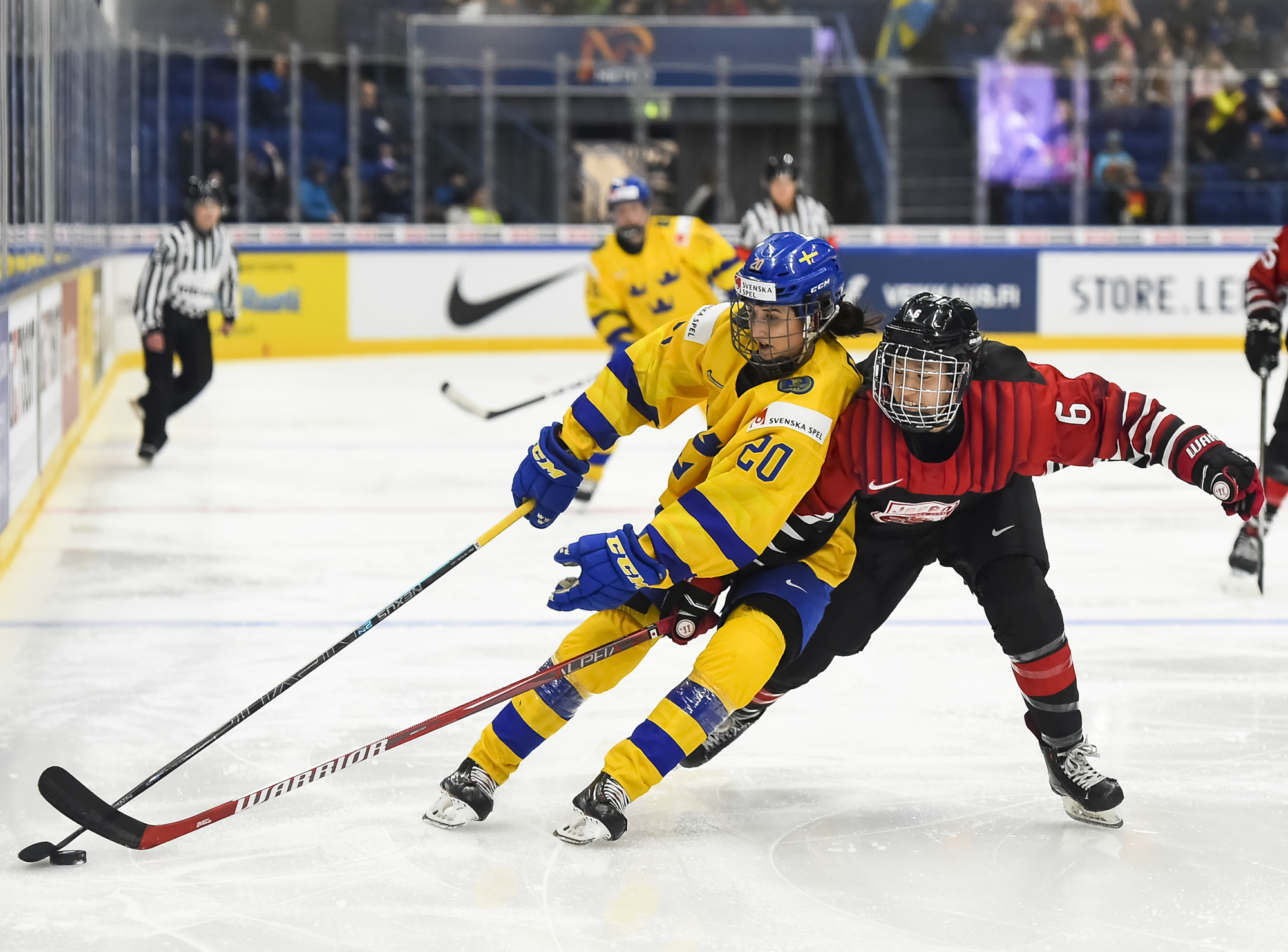 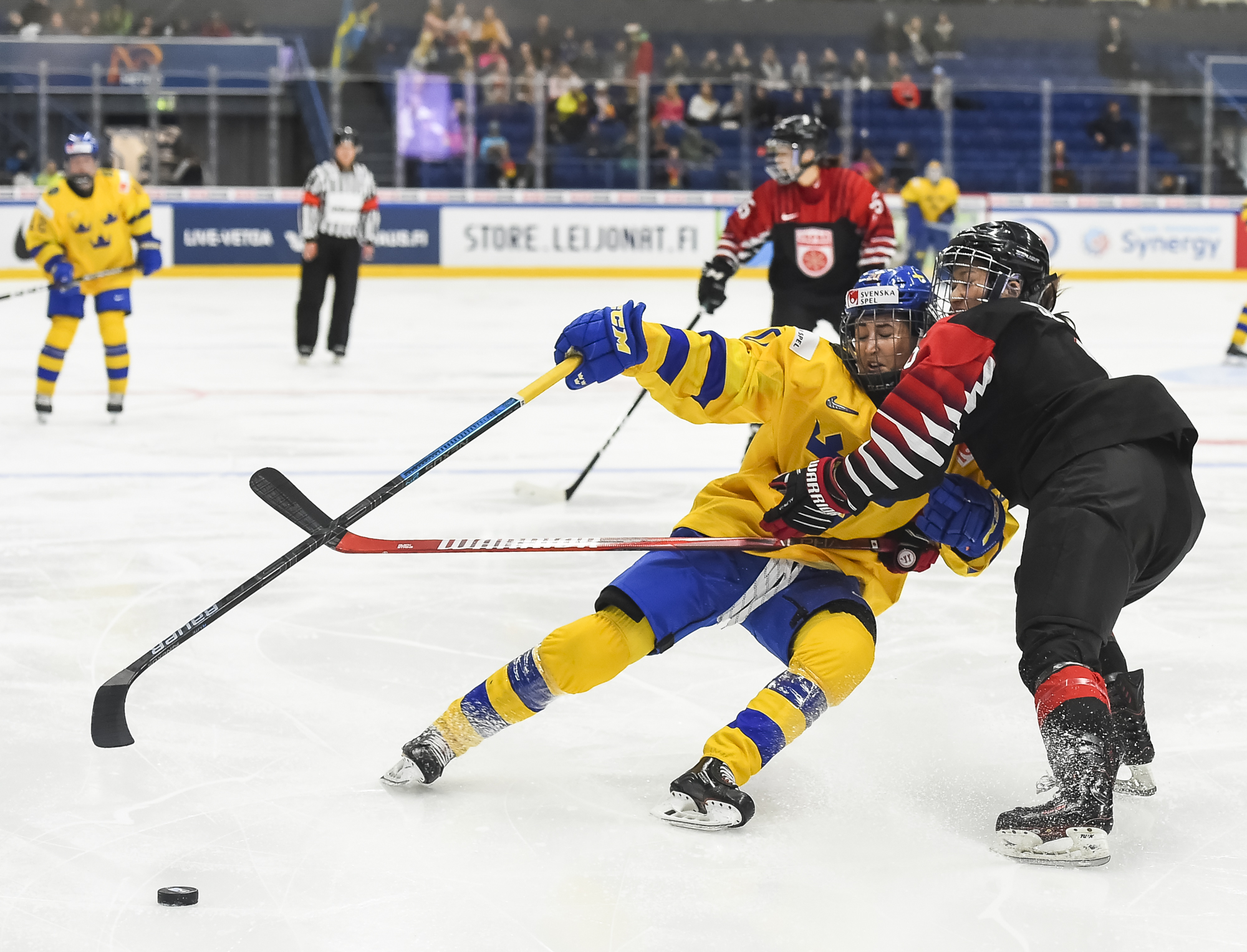 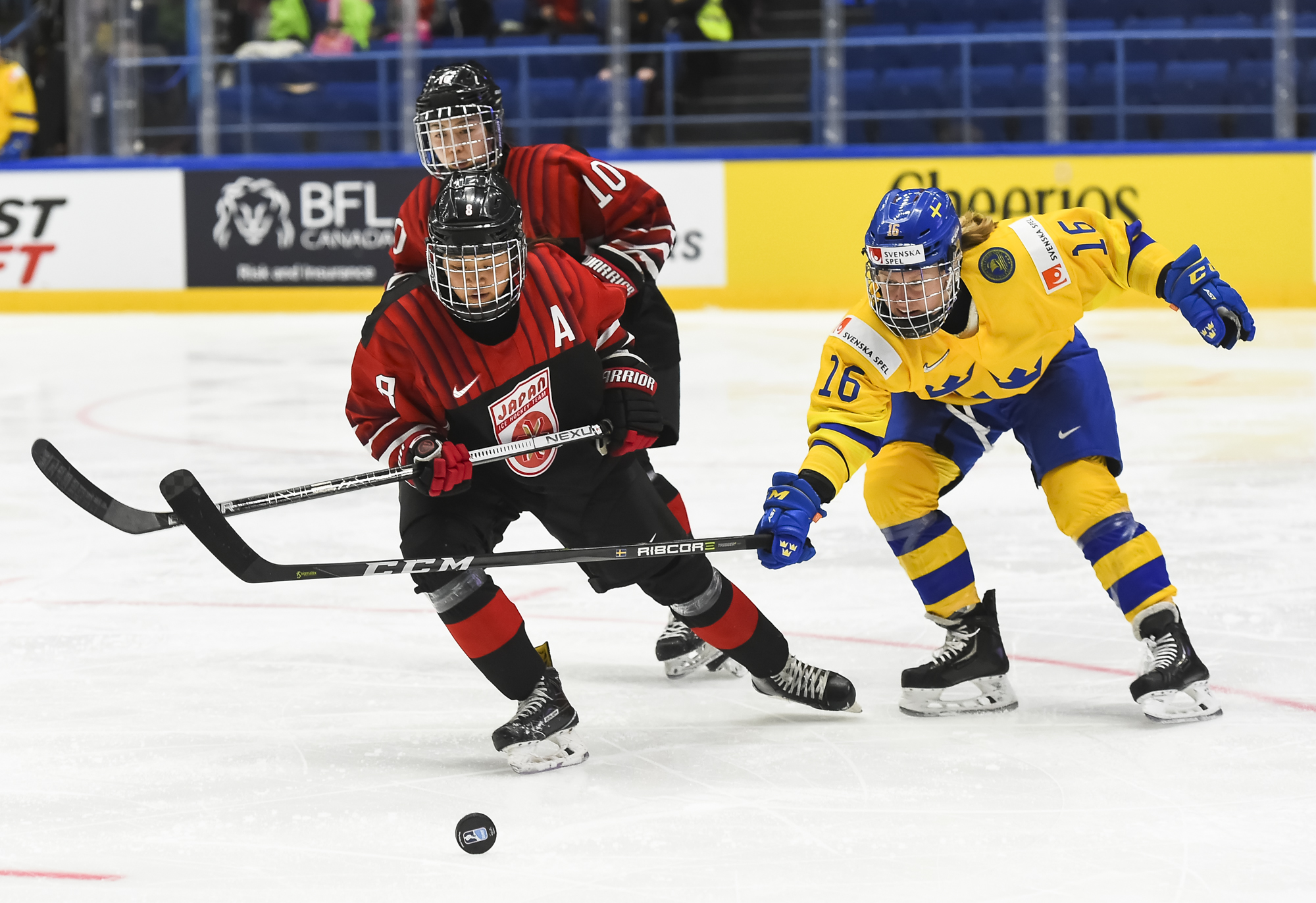 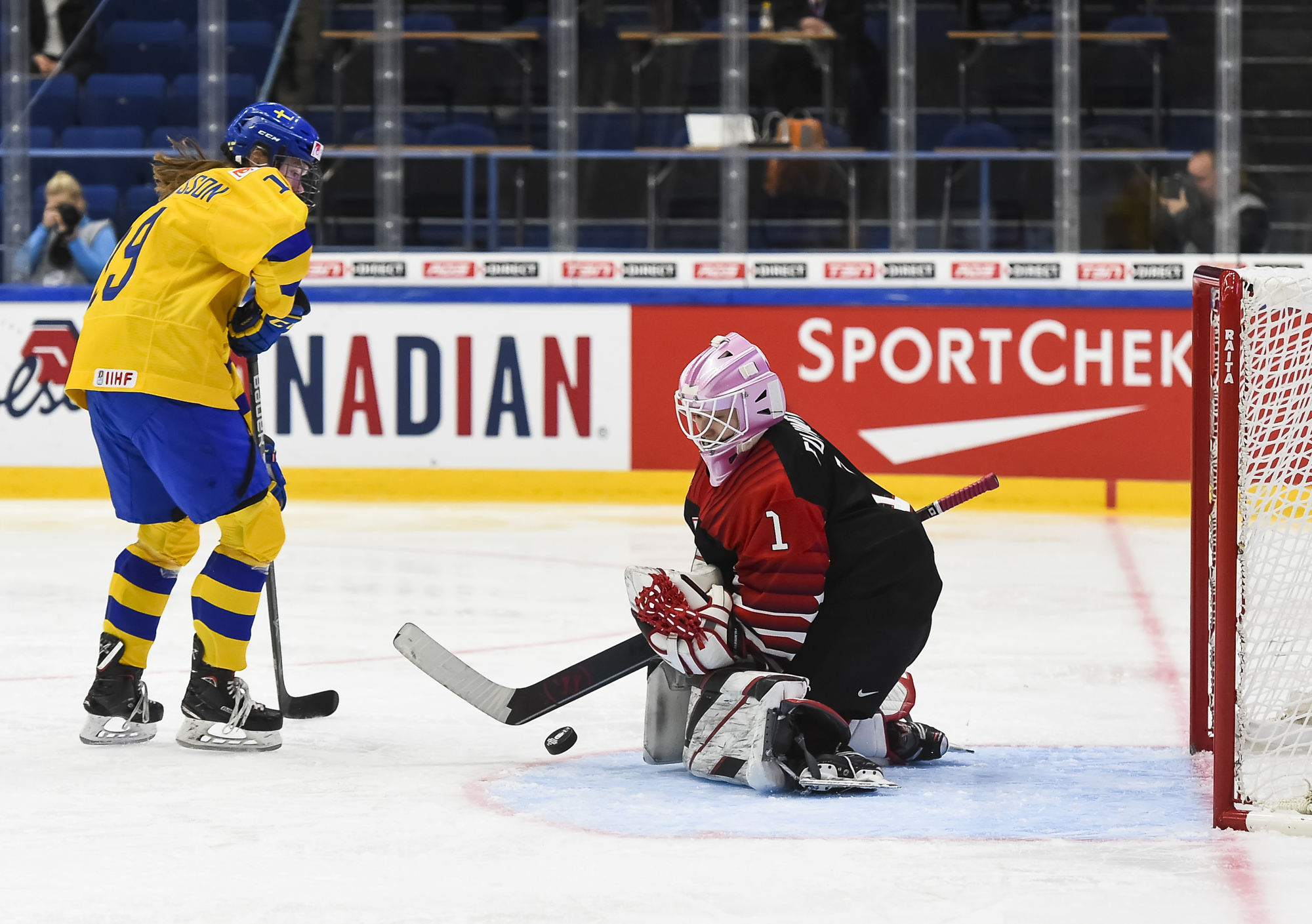 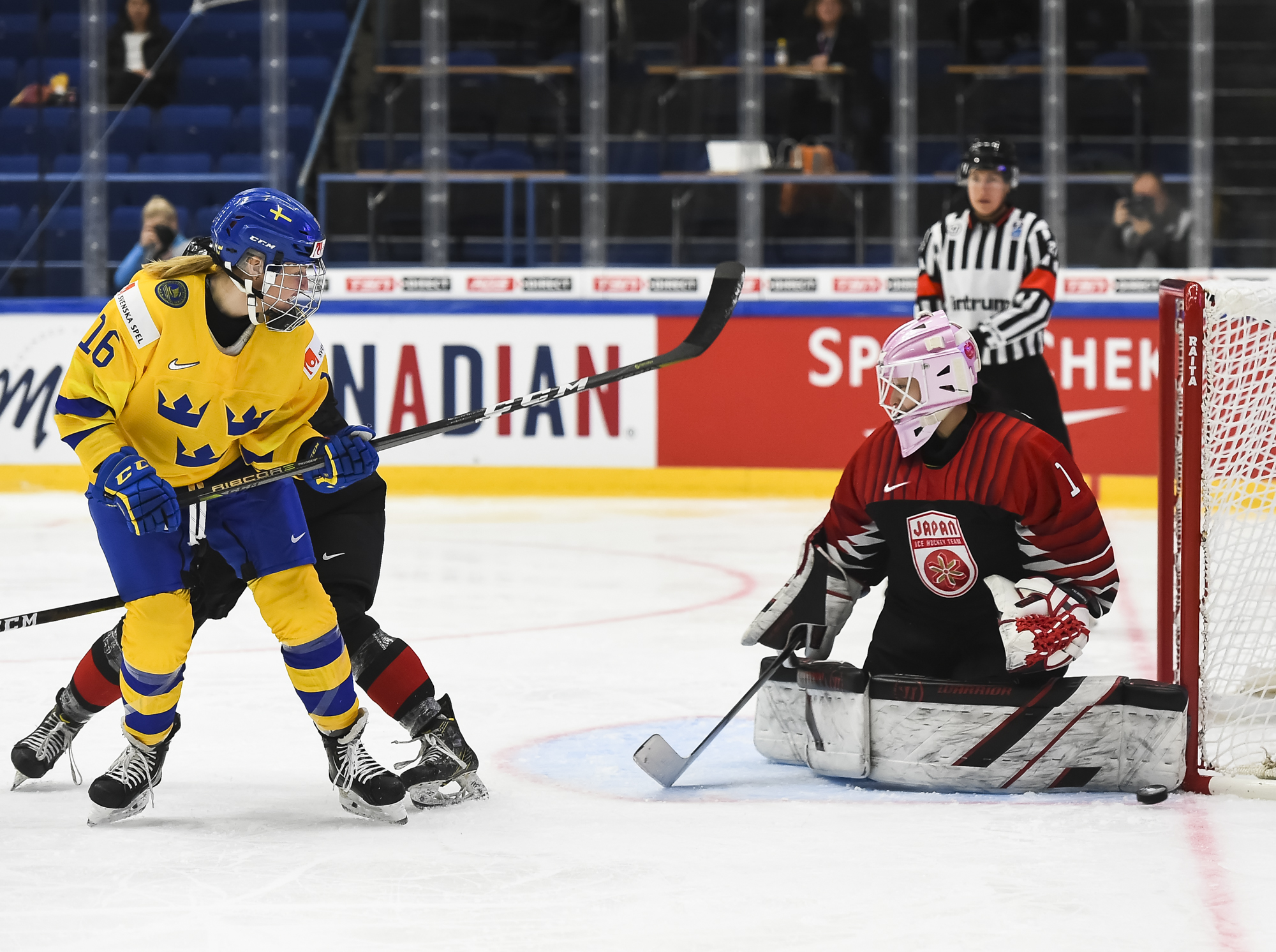 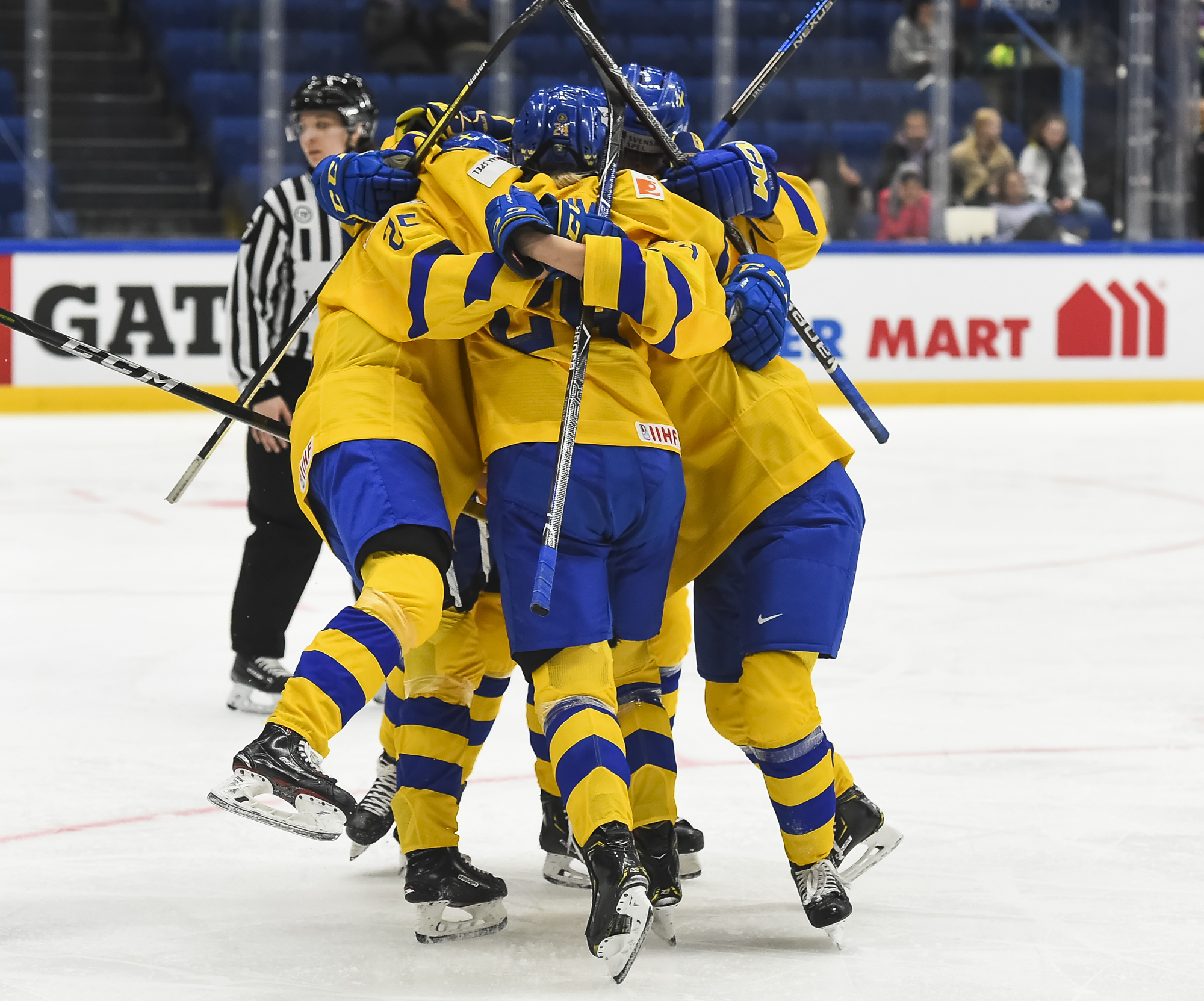 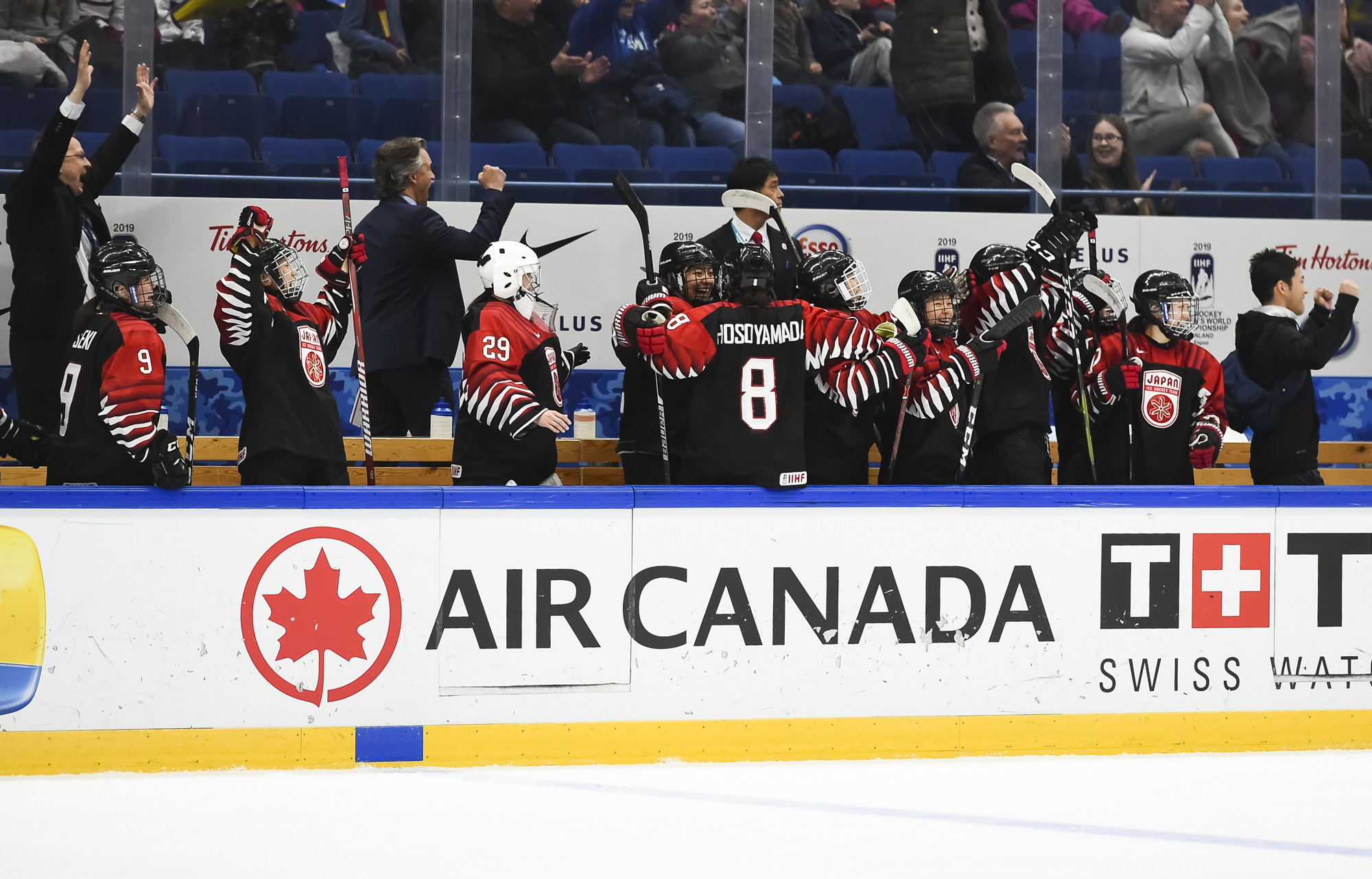 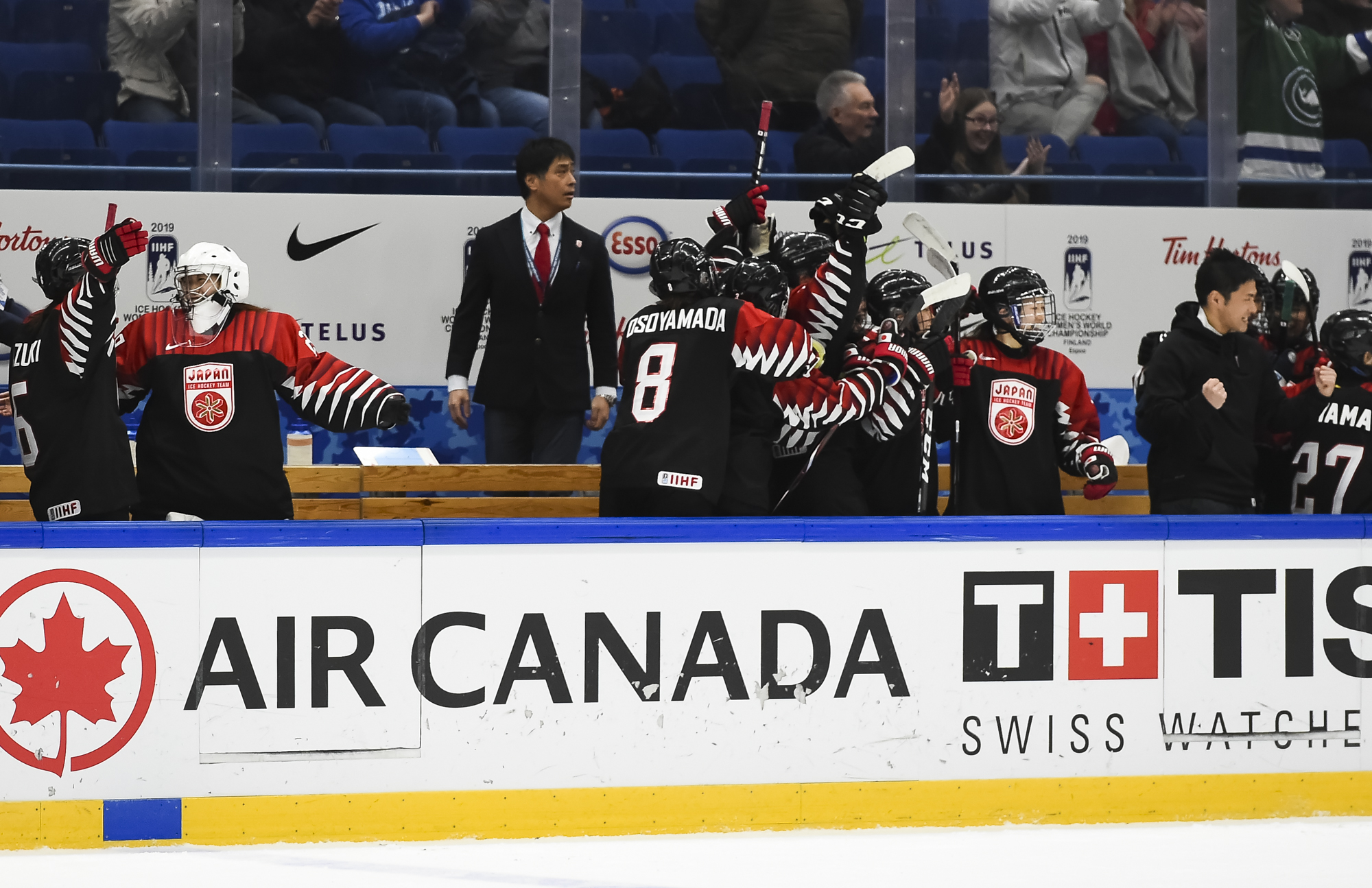 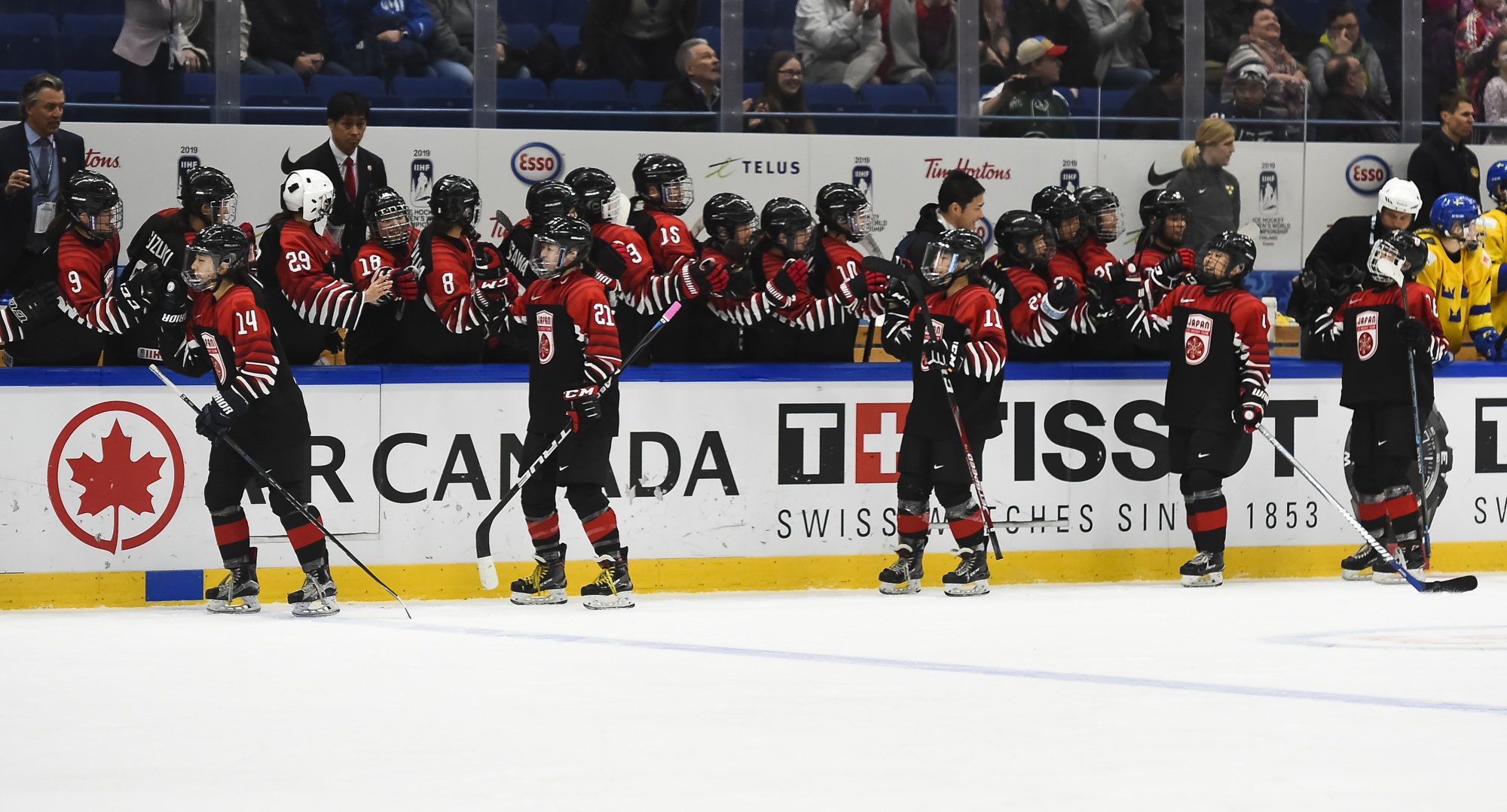 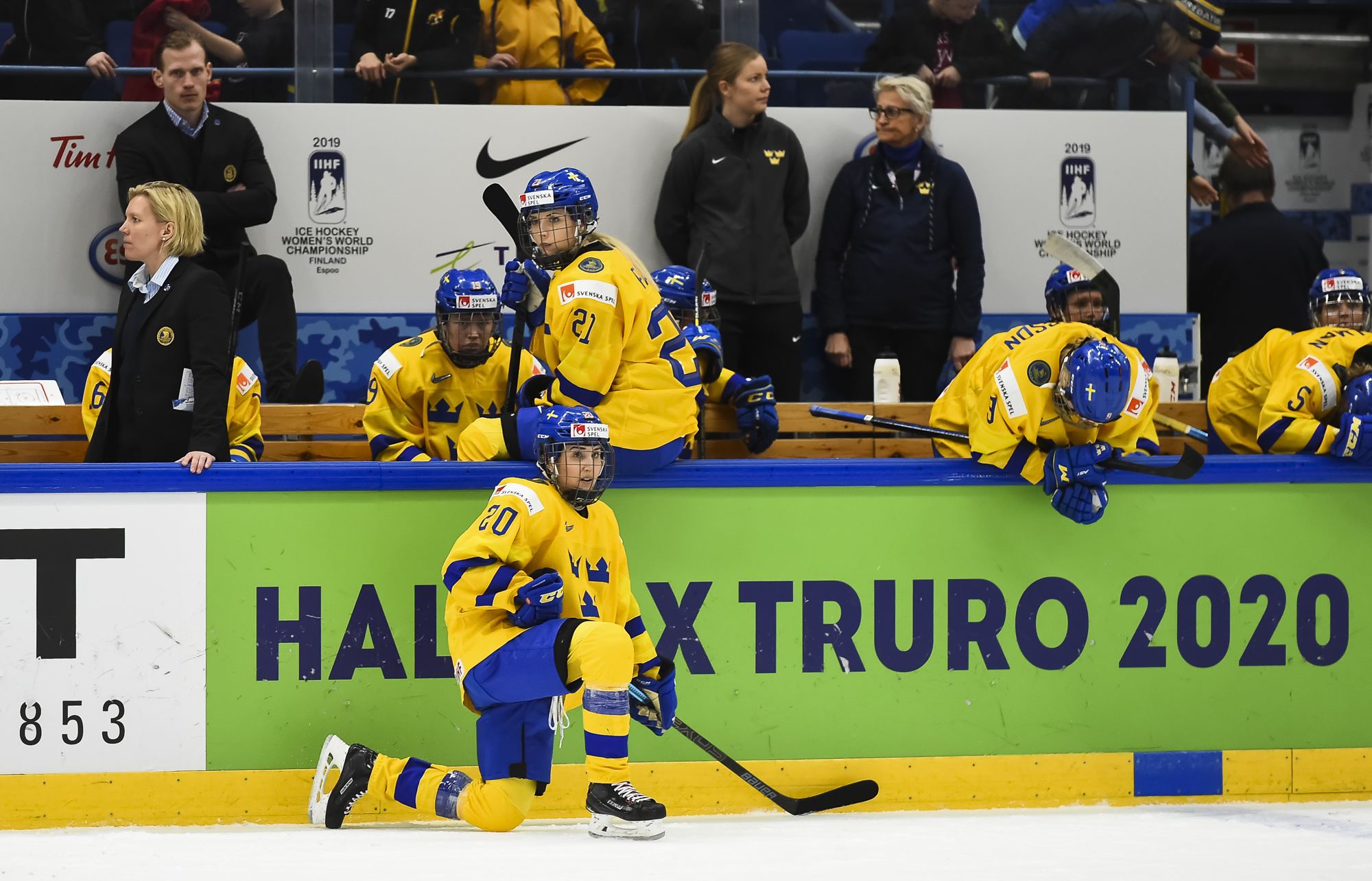 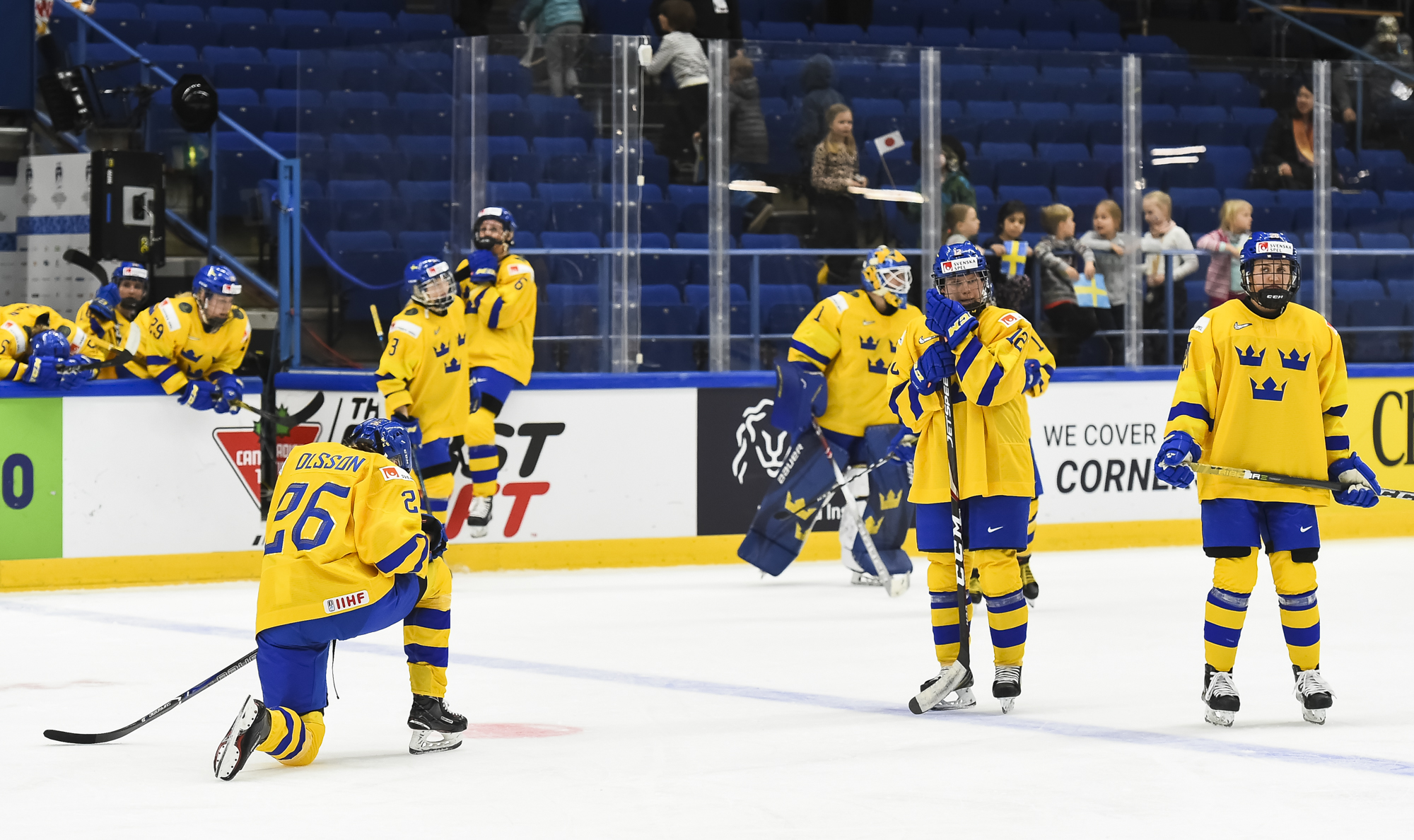 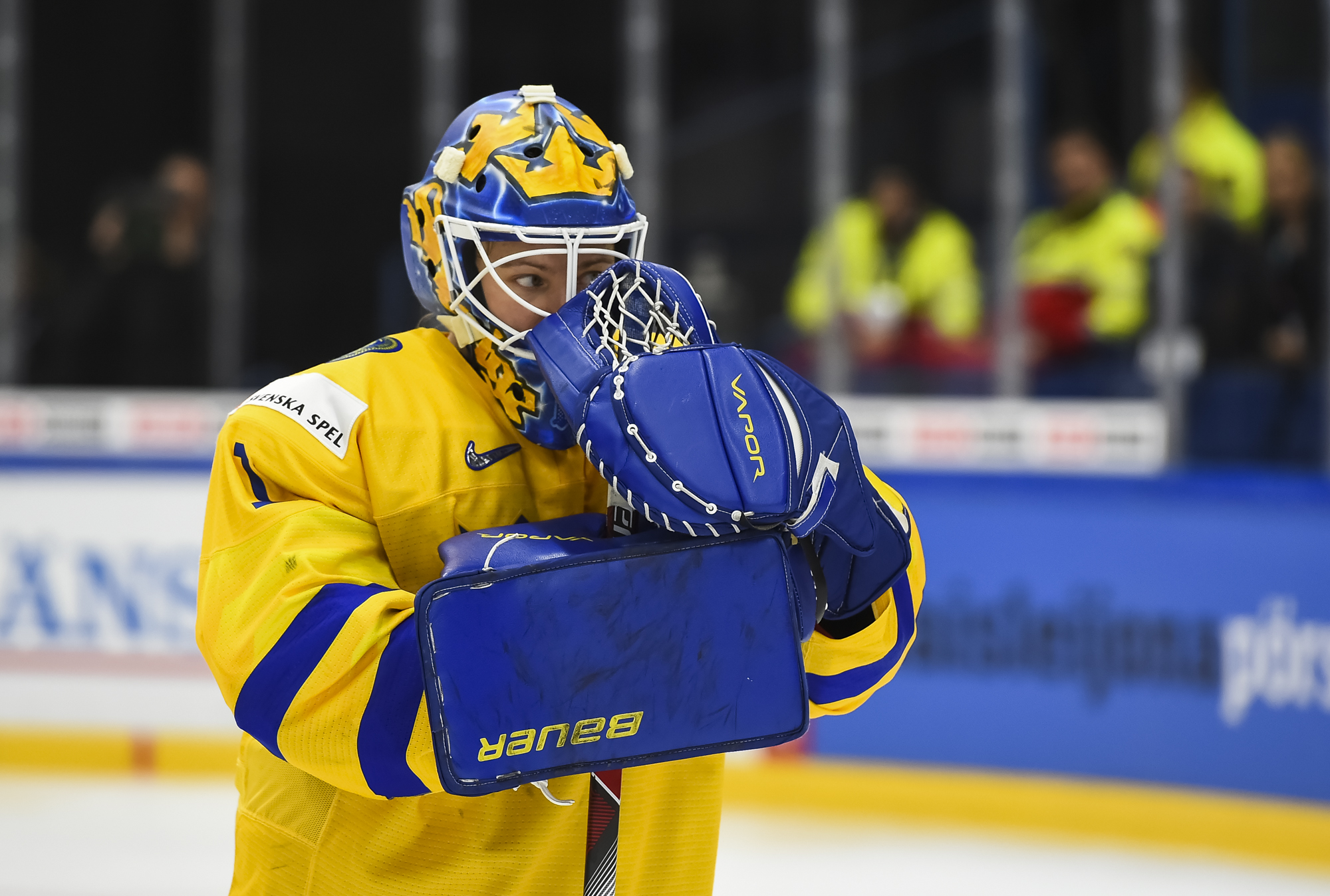 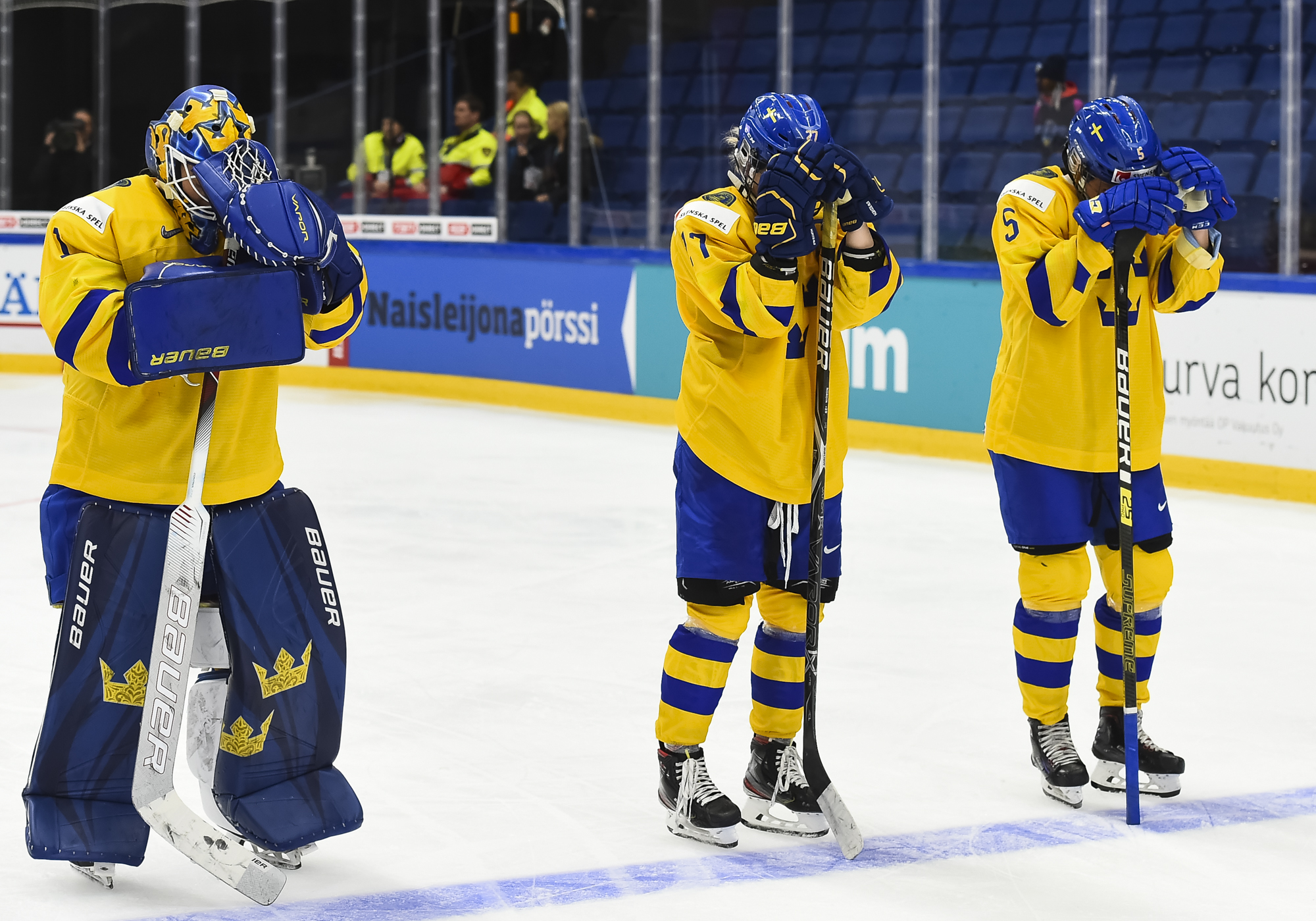 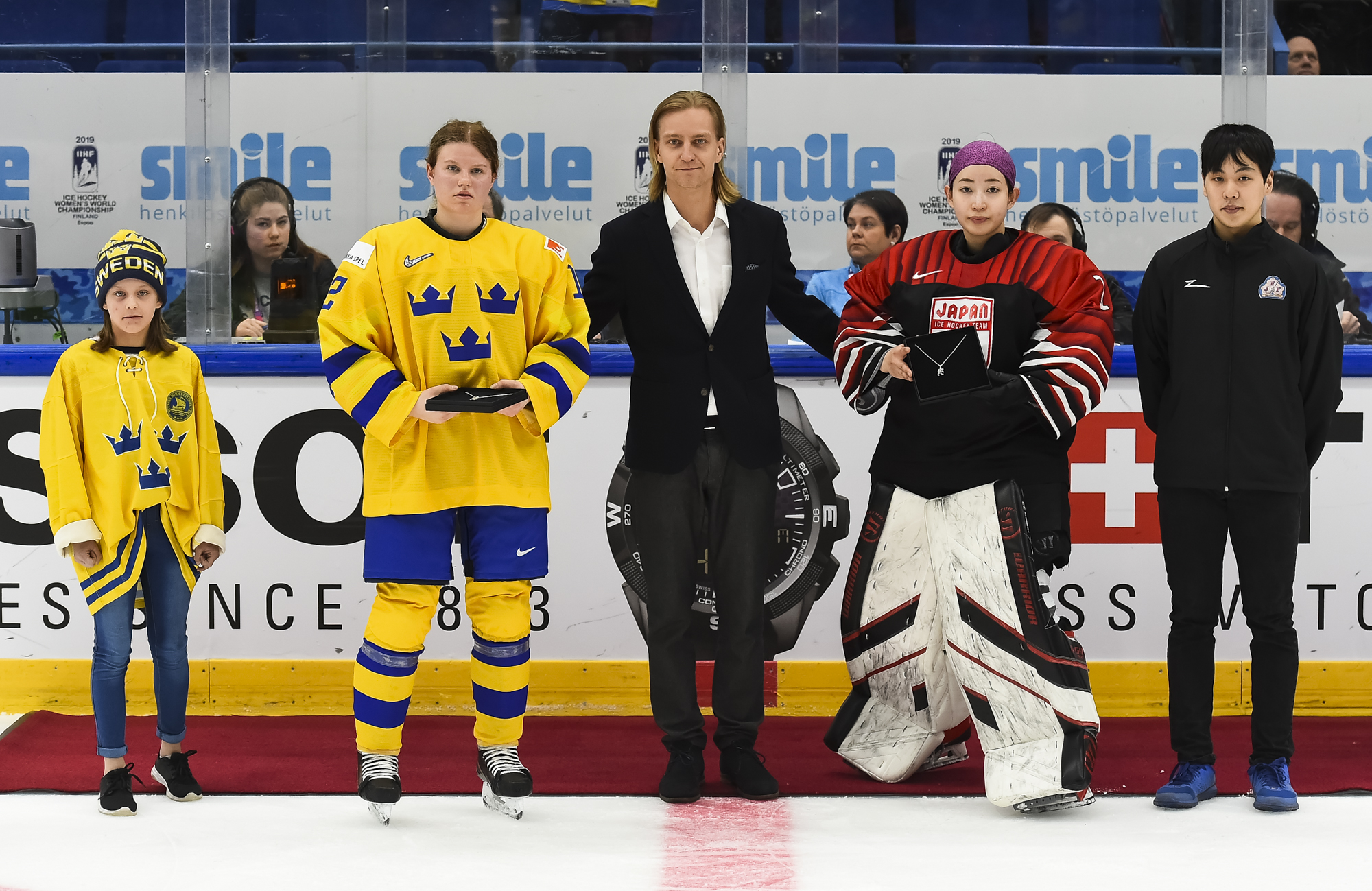 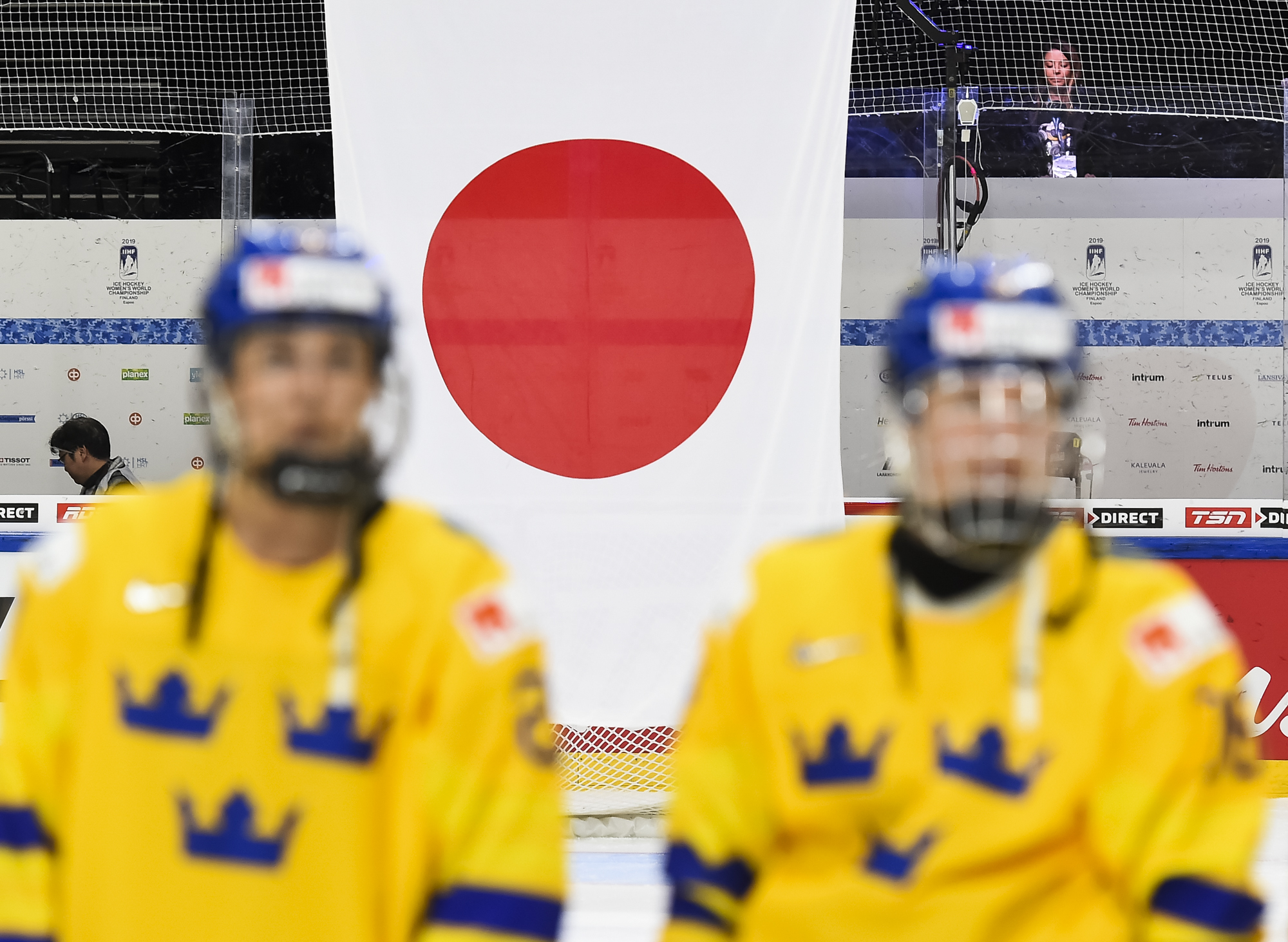 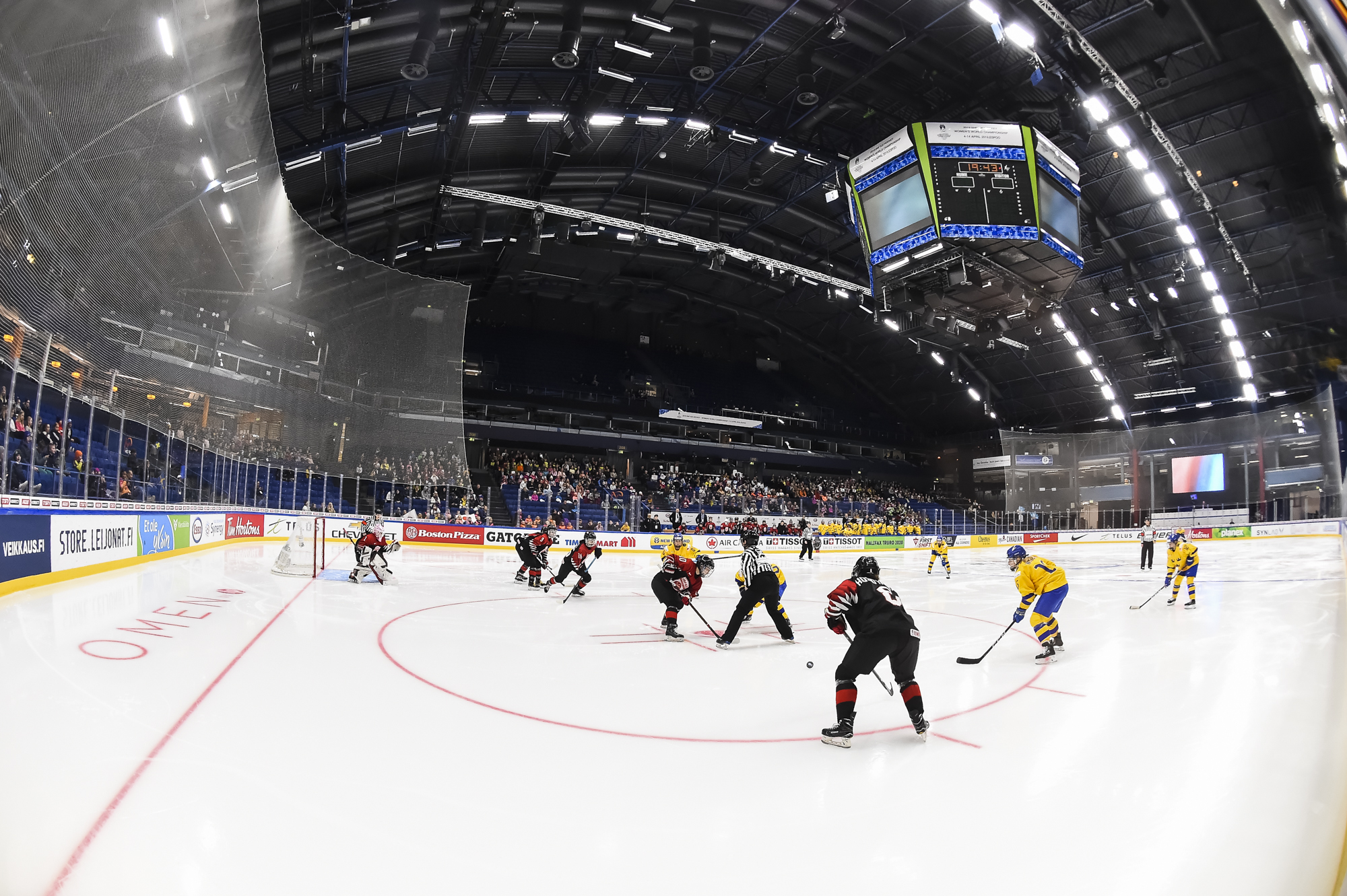 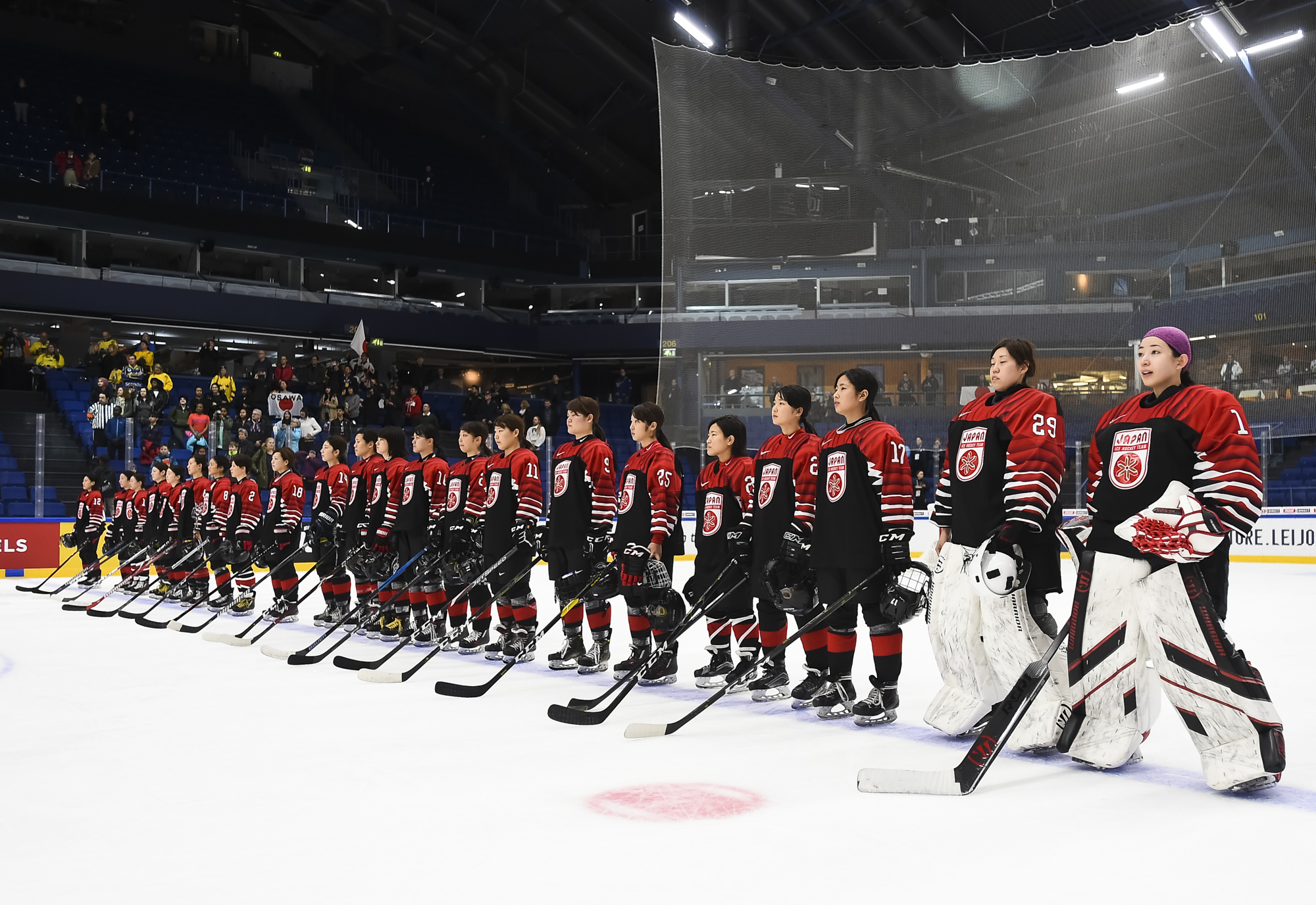 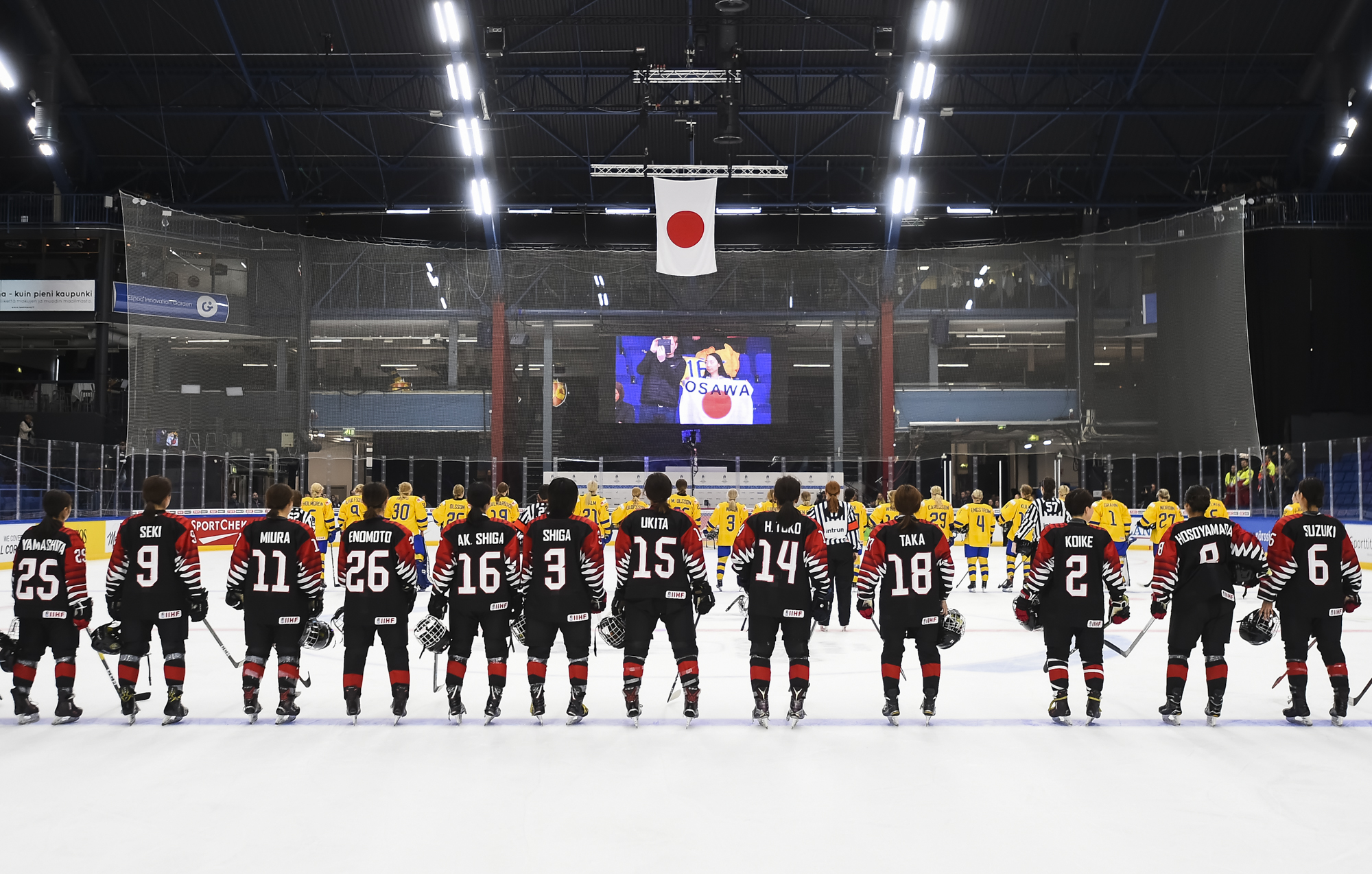