Hungary weathered a storm inside and outside Motorpoint Arena in Nottingham, defeating Great Britain 4-1 to secure a place in the Final Olympic Qualification.

"Chills all over that's for sure, that's a game we will all remember when we stop playing hockey," said Hungarian captain Gergo Nagy.

Miklos Rajna was the star in net with a 47-plus save performance, while Csanad Erdely score the game winner for the Magyars.

"We knew the team we were going to face and what to do to beat them," said Rajna, who earned Player of the Game honours. "We exectued the game plan perfect."

Coming into the third period with a hard-fought 2-0 lead, Hungary was trying to stop any notions of a comeback by Great Britain.

The Brits looked to have gotten that spark with an early power play goal from Matthew Myers, who came away with the puck after a scramble in front of the net and shot it through the legs of goalie Miklos Rajna to cut the lead to 2-1 less that a minute into the frame. A tremendous point-blank save by Bowns a few minutes later galvanized the crowd in Nottingham and pushed the momentum further towards the home team.

But Hungary put the brakes on a British comeback thanks to a great effort by tournament leading scorer Janos Hari, who was able to gain possession behind the British net on the forecheck, then score with a wraparound effort to put the Hungarians back up by two. Then Hungary put the game out of reach after Istvan Sofron, who just came out of the penalty box after being called for a charge two minutes earlier, made a great effort skating across the front of the net to draw Bowns out of position before scoring the 4-1 goal and putting a stranglehold on the game.

The Group J finale was expected to be a tight one. Both the Brits and Hungarians were seeded #1 and #2 respectively coming into Group J, and made it through the first two games without a loss. The atmosphere inside Nottingham’s Motorpoint Arena was electric, with fans for both teams shrugging off the rains and high winds from Storm Ciara to pack the stands.

For some of the Hungarian players, a little extra motivation was there from two years ago, when Great Britain came back to win their matchup and promotion in Budapest at the 2018 IIHF Ice Hockey World Championship Divison I Group A.

"We knew we owed this team badly from two years ago," said Nagy. "We wanted to pay it back and also get the chance to go the qualification round in August."

The game started out at a blistering pace with both teams getting pressure at both ends of the ice.
The best chance of the period came to Hungary, but was denied by goalie Ben Bowns who made a great save on a breakaway by Kristof Papp midway through the frame. At the other end, a shot by Mike Hammond on an open net was blocked at the last moment by defenceman Daniel Kiss.

Penalty trouble coupled with an ineffective power play prevented Great Britain from getting anything going early on. Hungary started the second period with a power play, and defenceman Bence Stipsicz scored with a wristshot from the high slot area to break the deadlock and put Hungary up 1-0 less than a minute into the frame.

The Hungarians then added another at the eight minute, flashing some great puck movement as Istvan Sofrov won possession in the Great Britain zone, made a quick cross -ice pass behind the net to Bence Stipsicz, who centered the puck to Csanad Erdely in front of the net for the 2-0 lead.

Desperate to get a momentum-swinging goal before the end of the period, the Brits were buzzing around the Hungarian net, but ultimately were frustrated by some great goaltending from Miklos Rajna despite outshooting Hungary 22-6 in the frame.

Rajna would get some help from his teammates in the third, as Hungary fought hard to get in shooting lanes and block shots, while Hari and Saffron got pucks in the net to help keep the Magyars on the road to the Olympic Games in Beijing.

The group winners of the Olympic Pre-Qualification Round 3 advance to the Final Olympic Qualification (27-30 August 2020) where they will be seeded in the three groups according to the 2019 IIHF Men’s World Ranking: 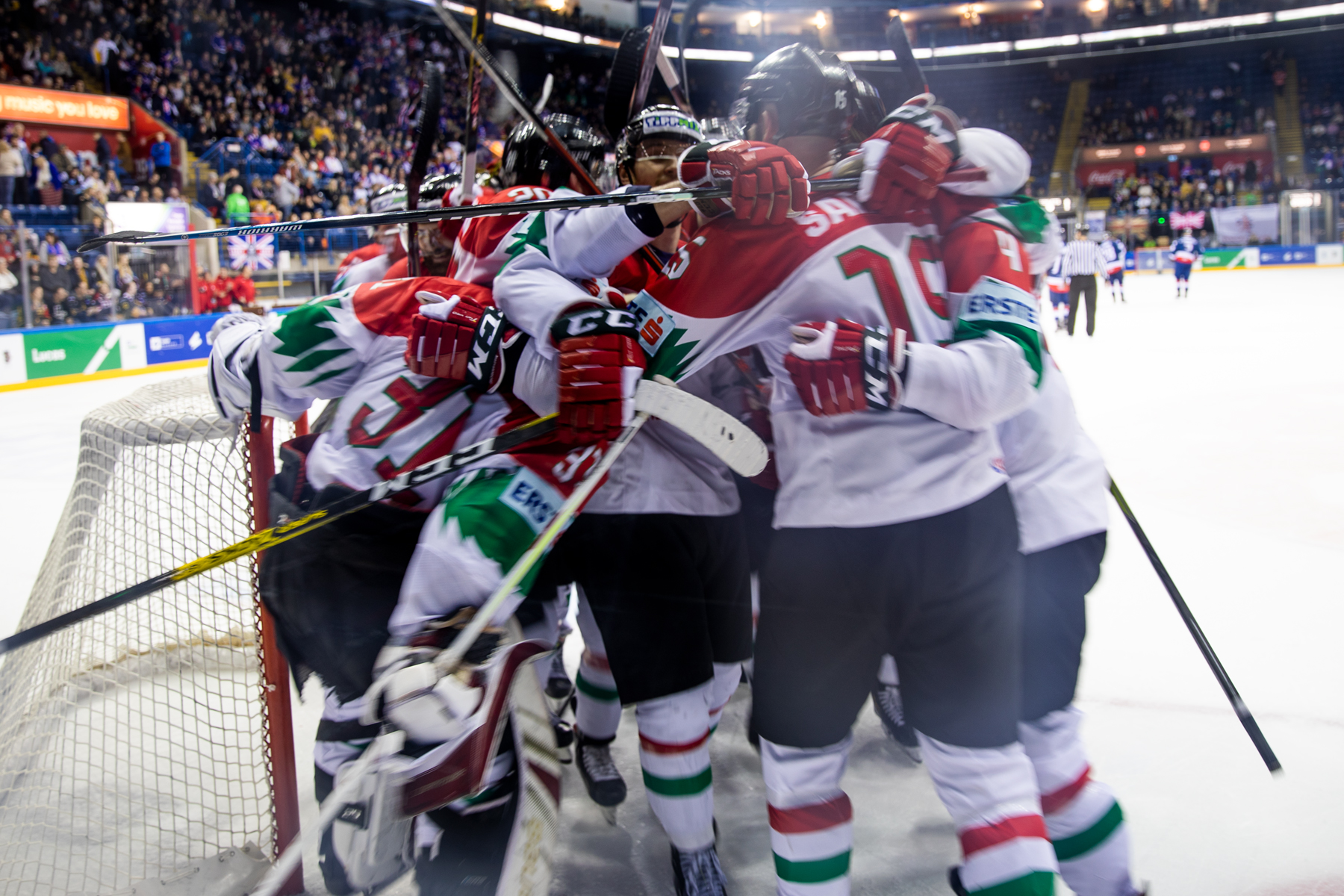 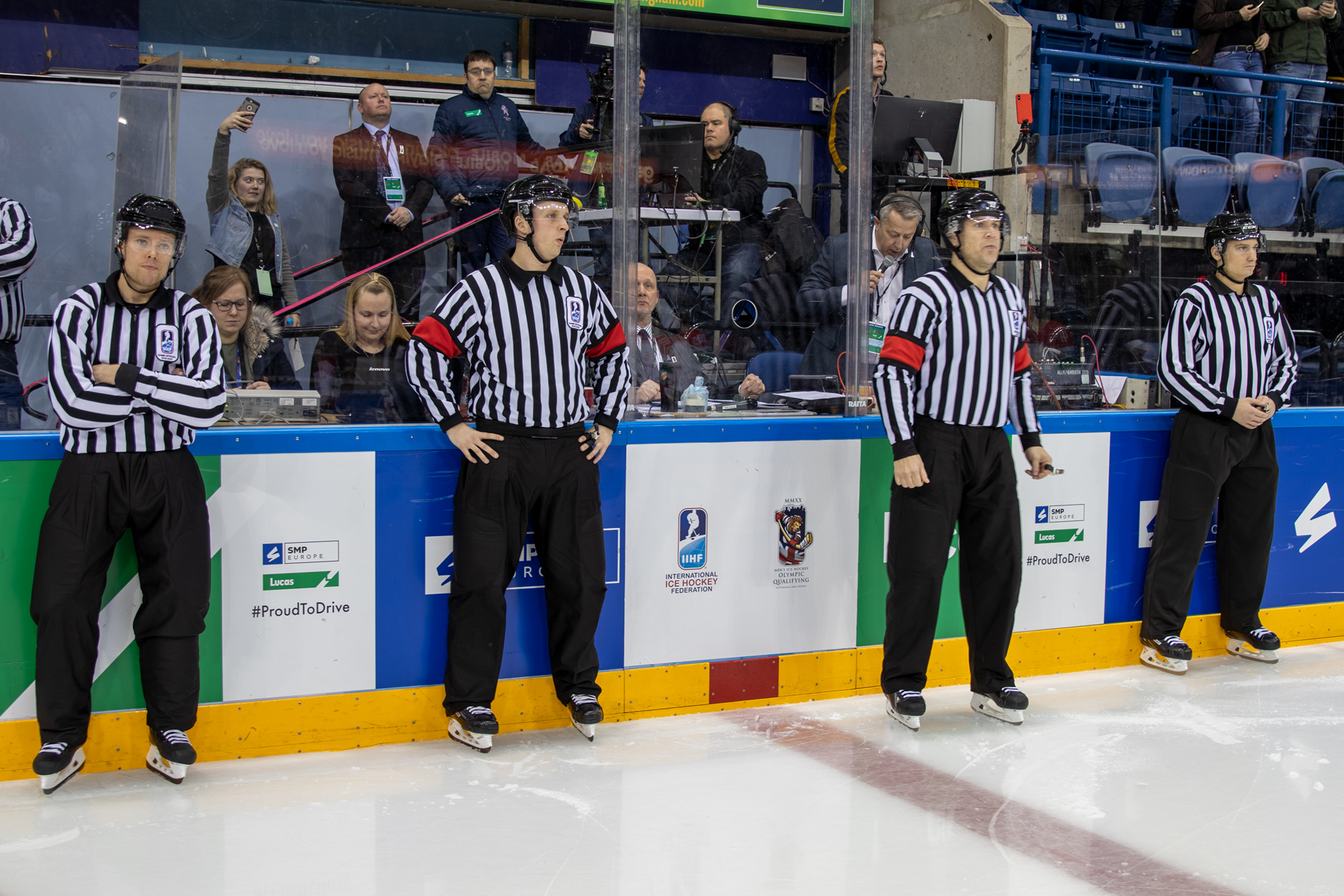 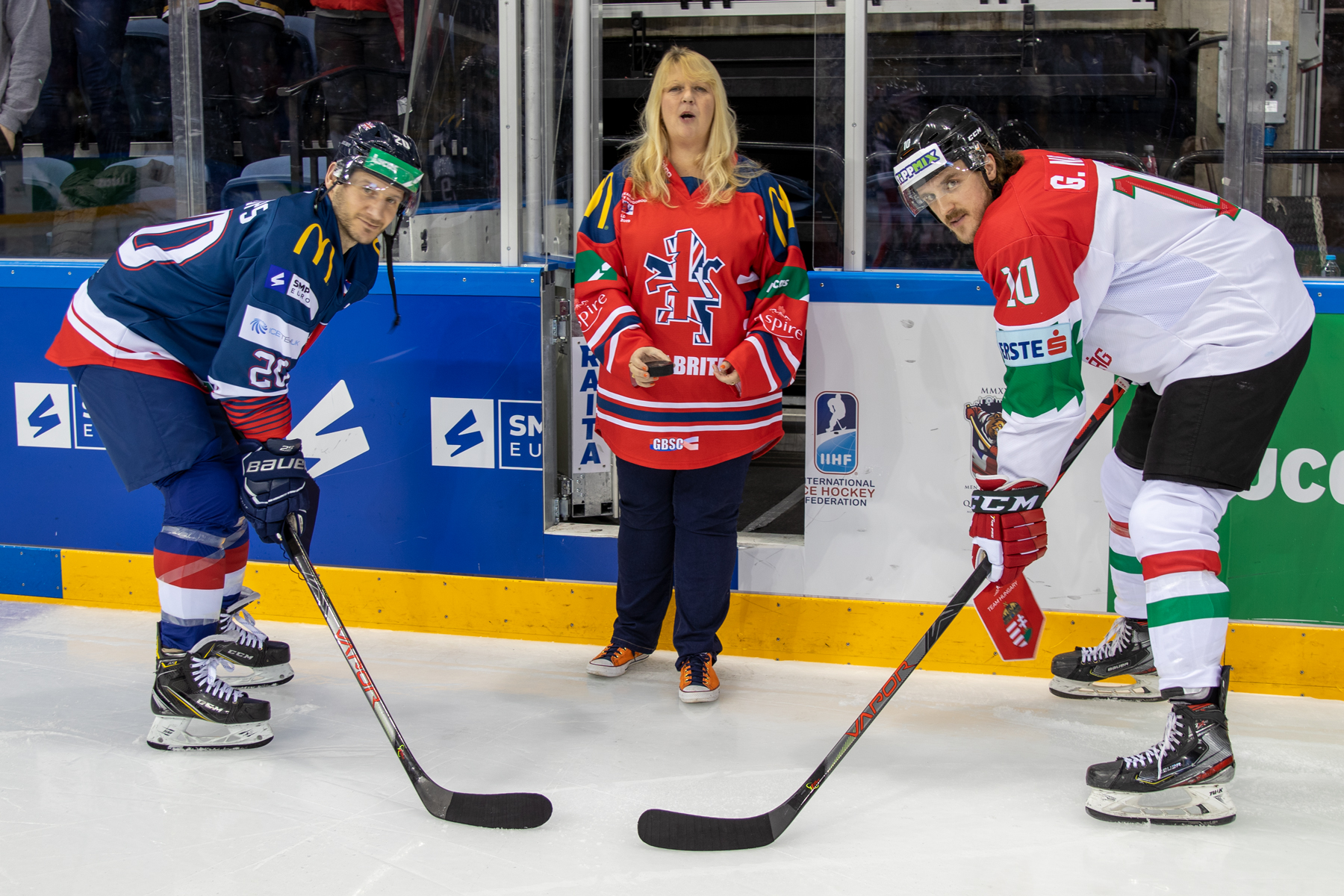 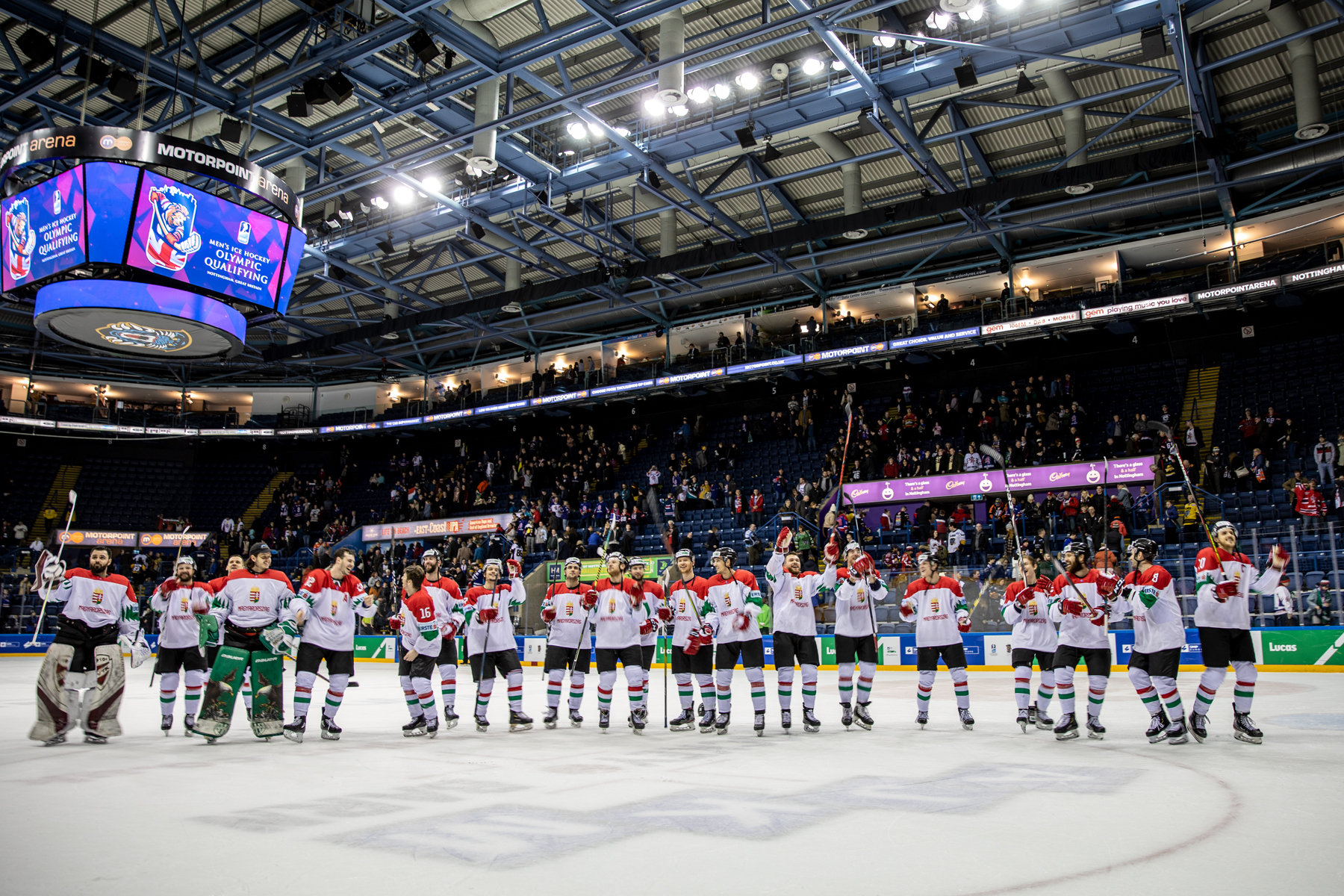 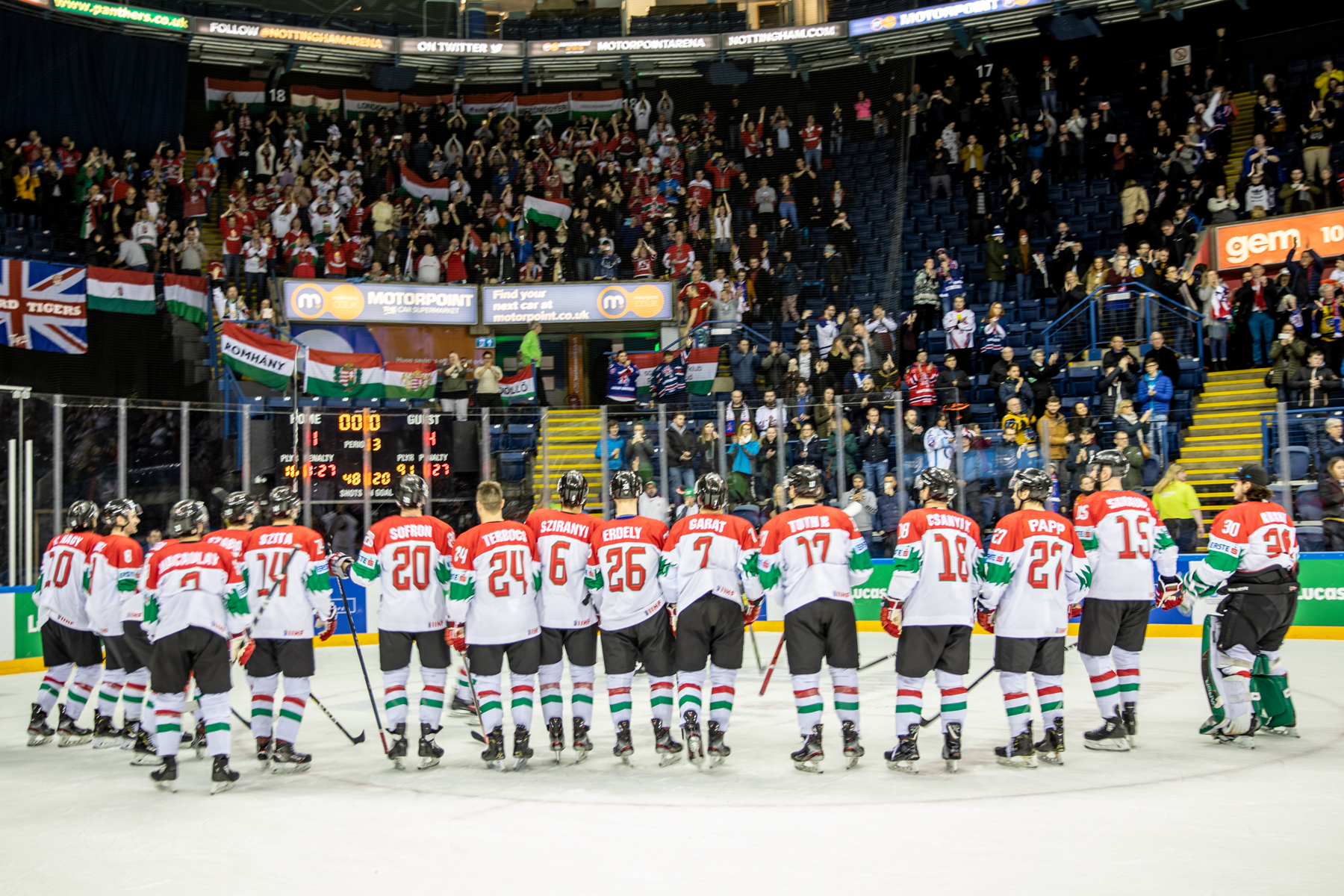 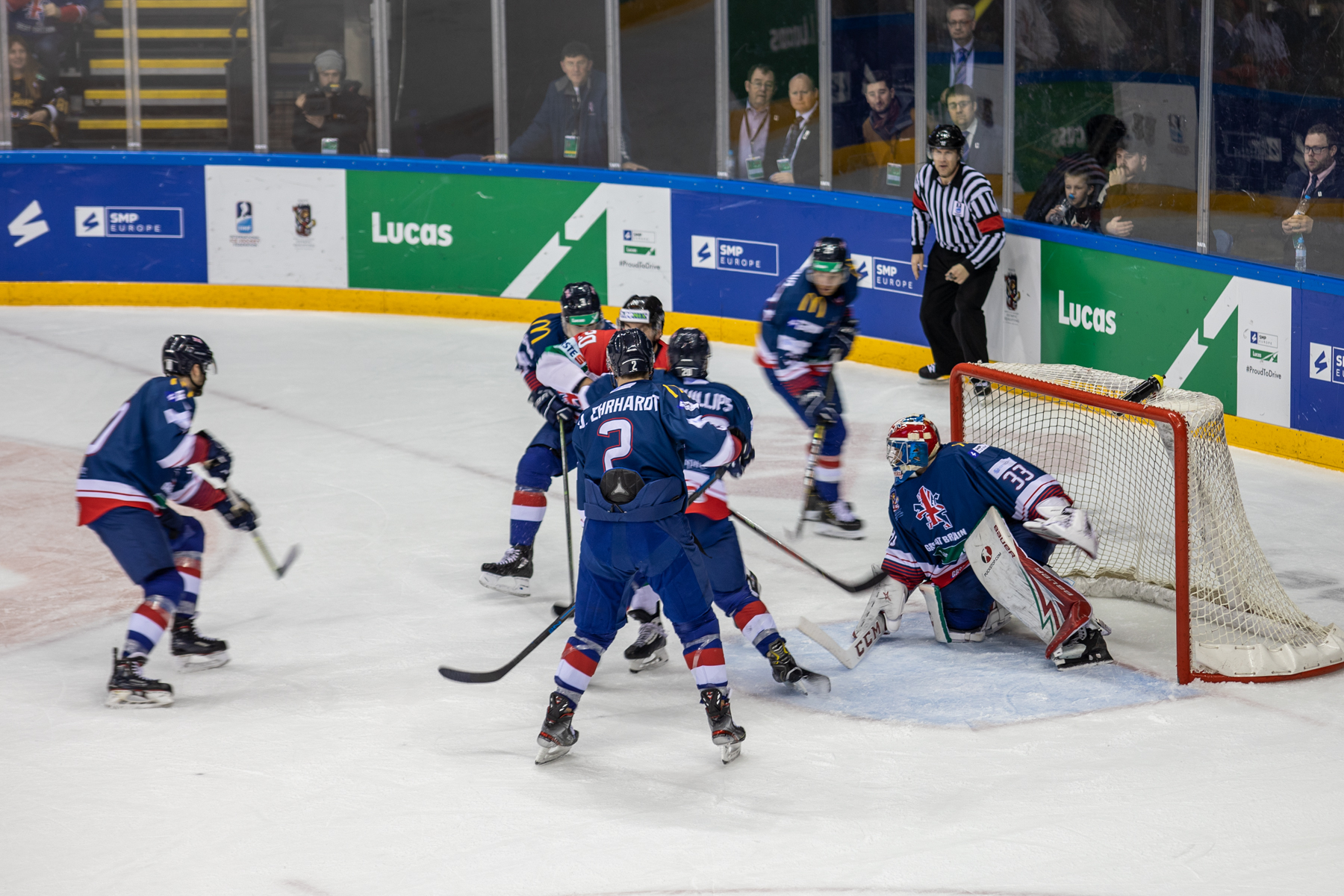 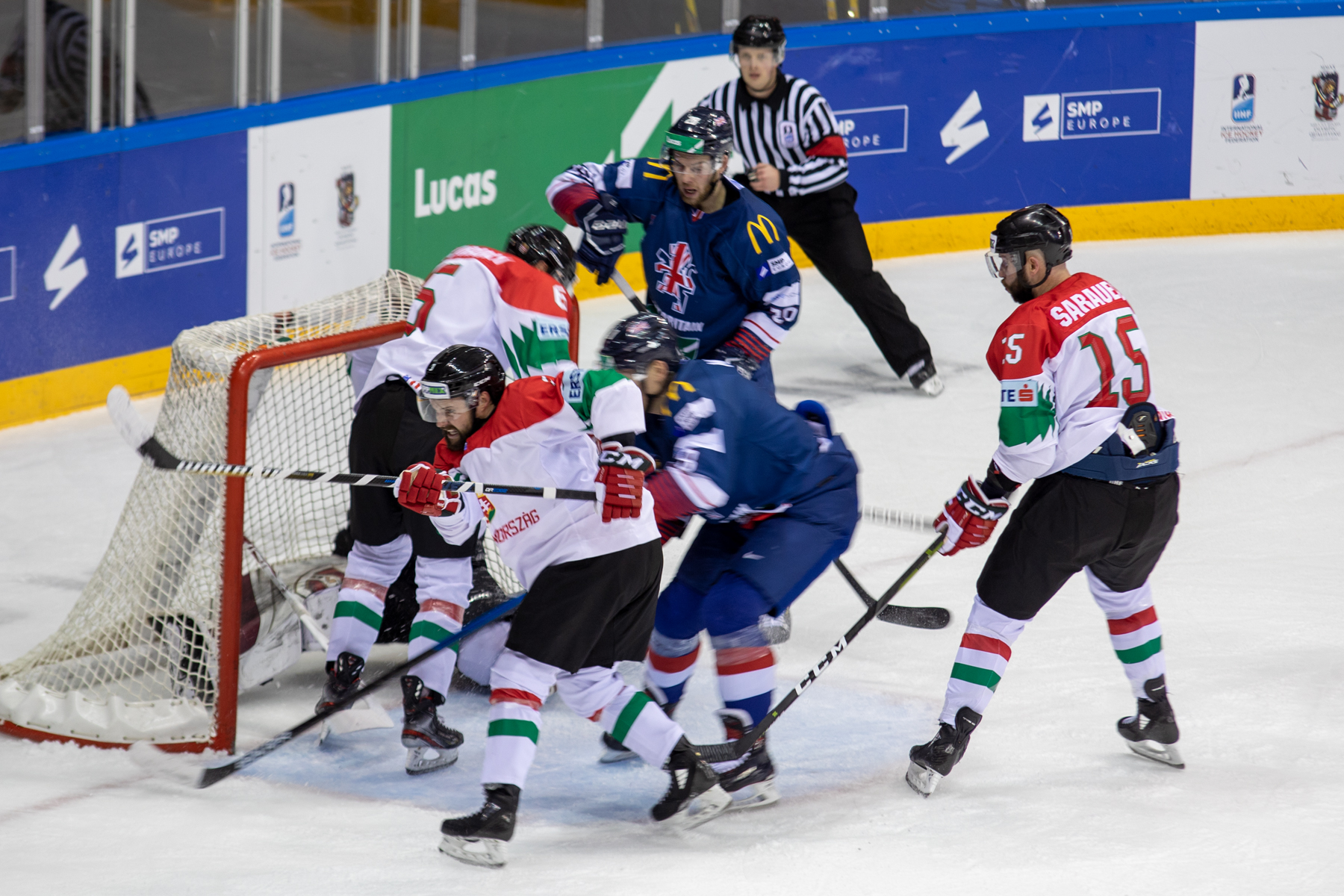 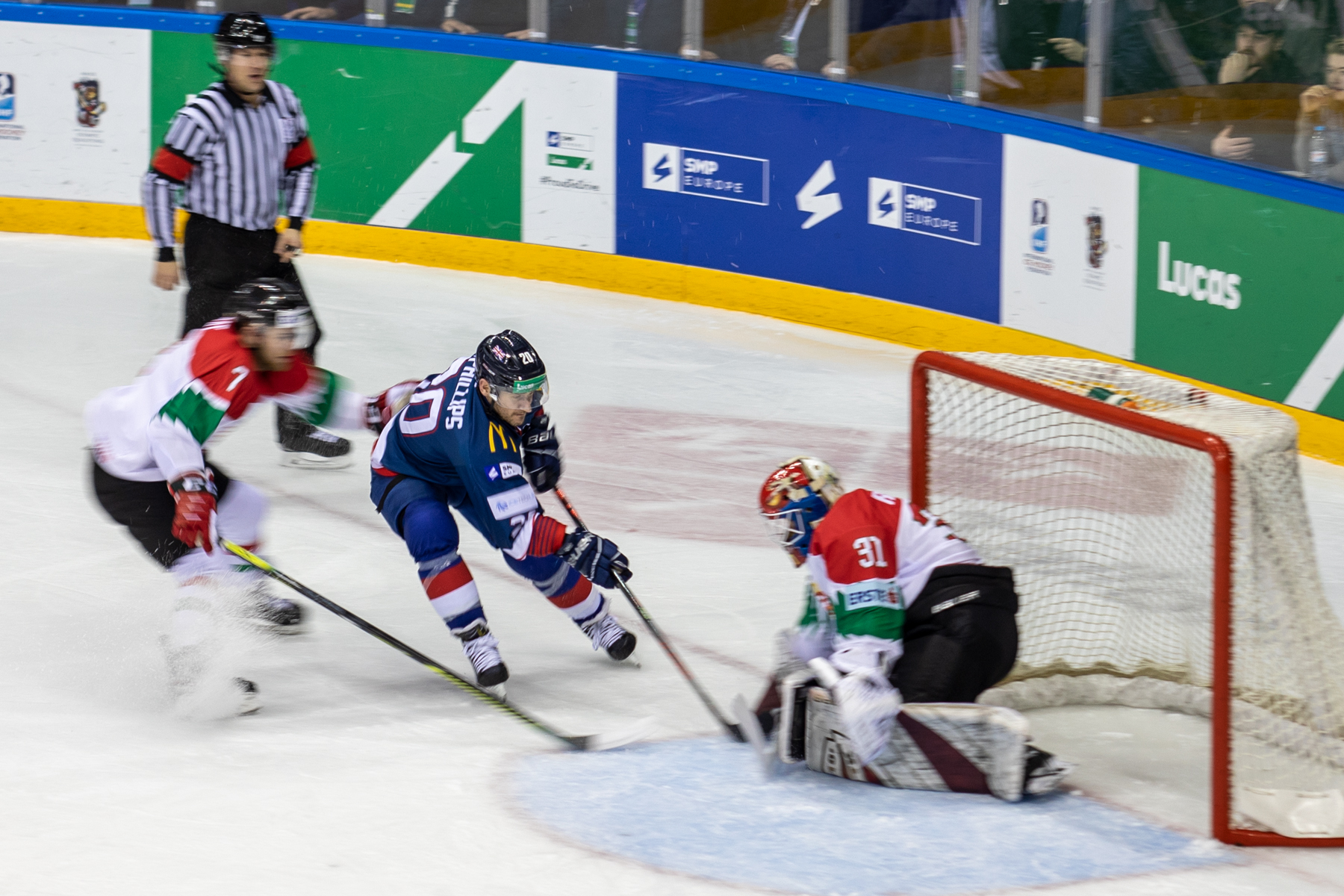 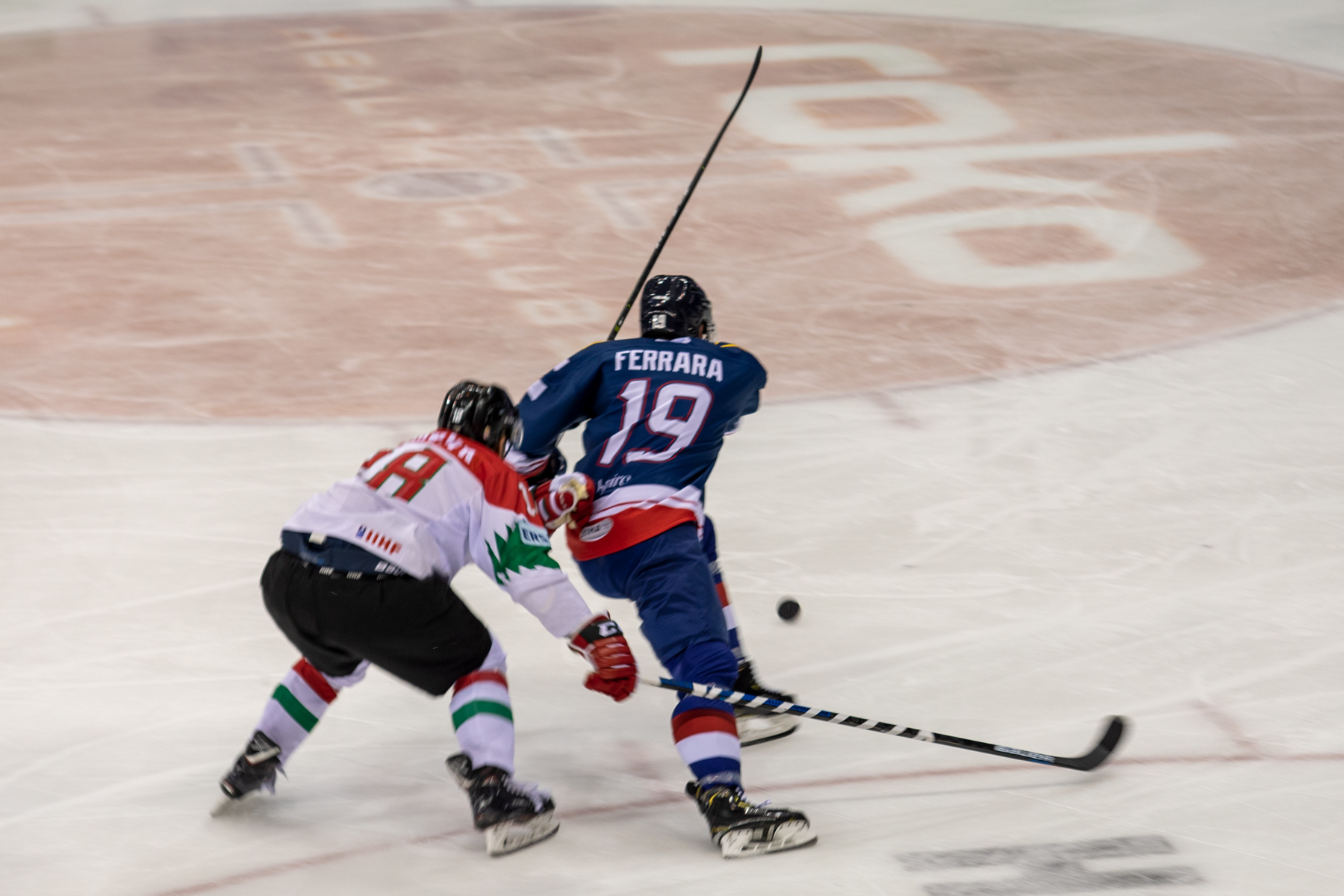 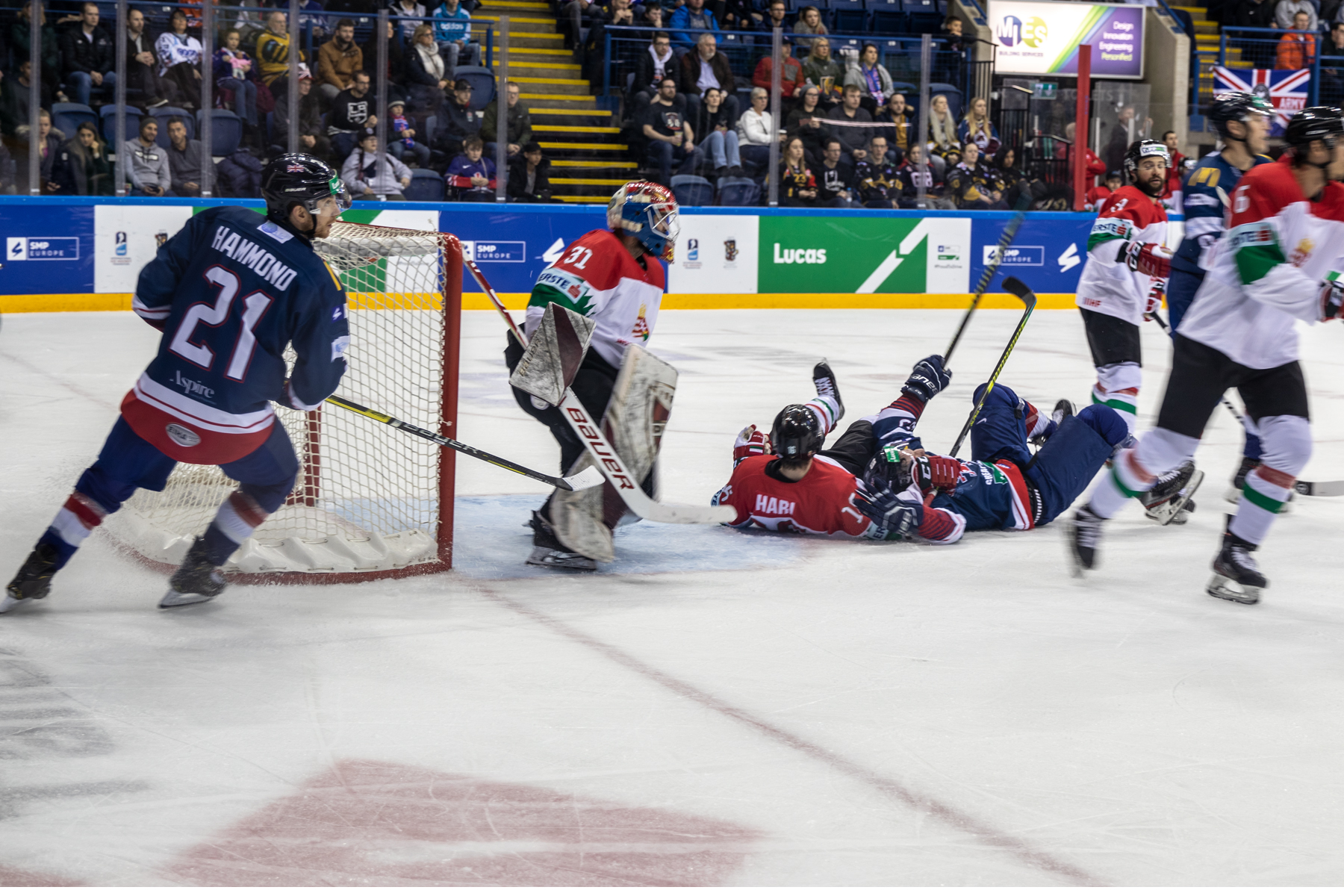 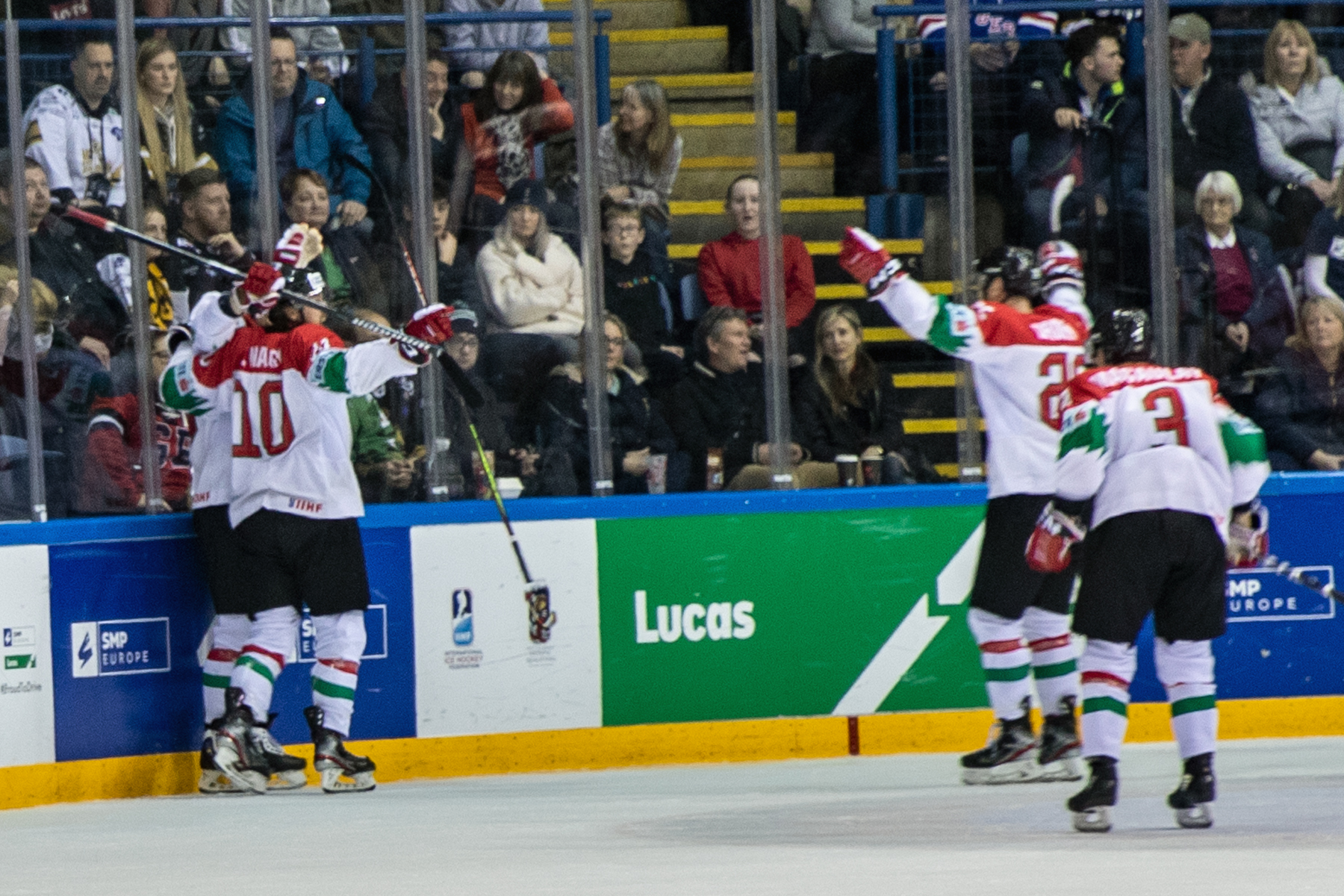 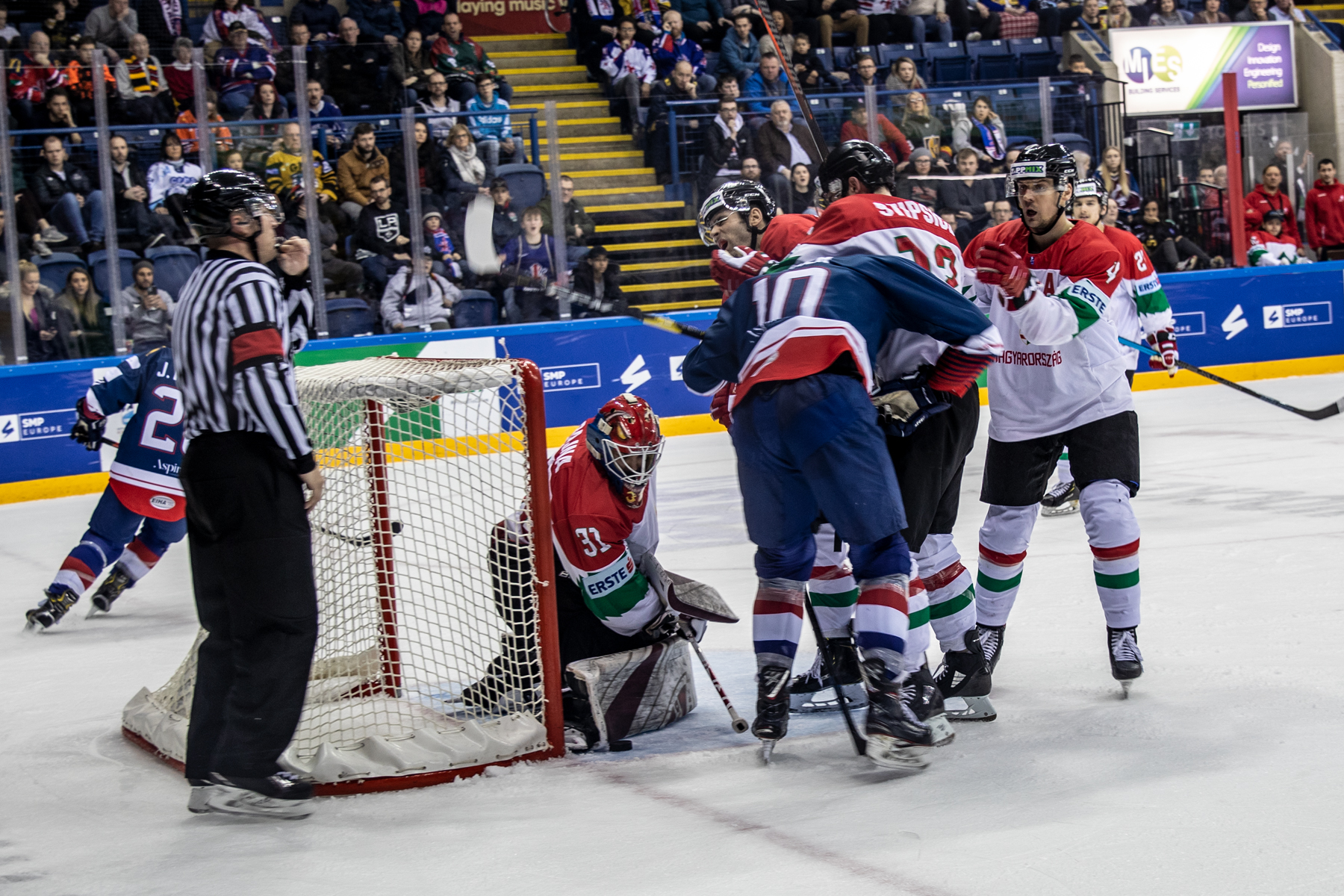 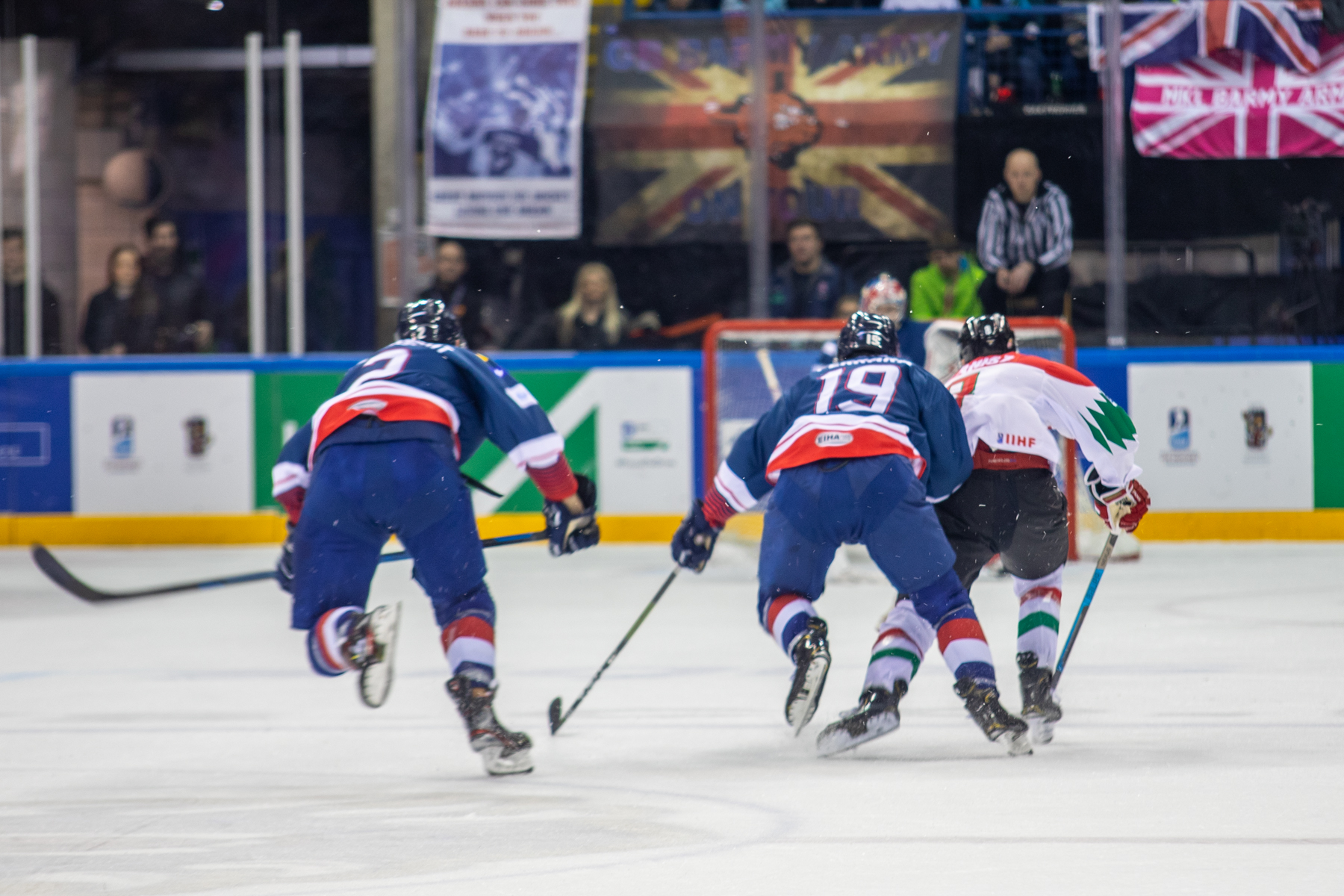 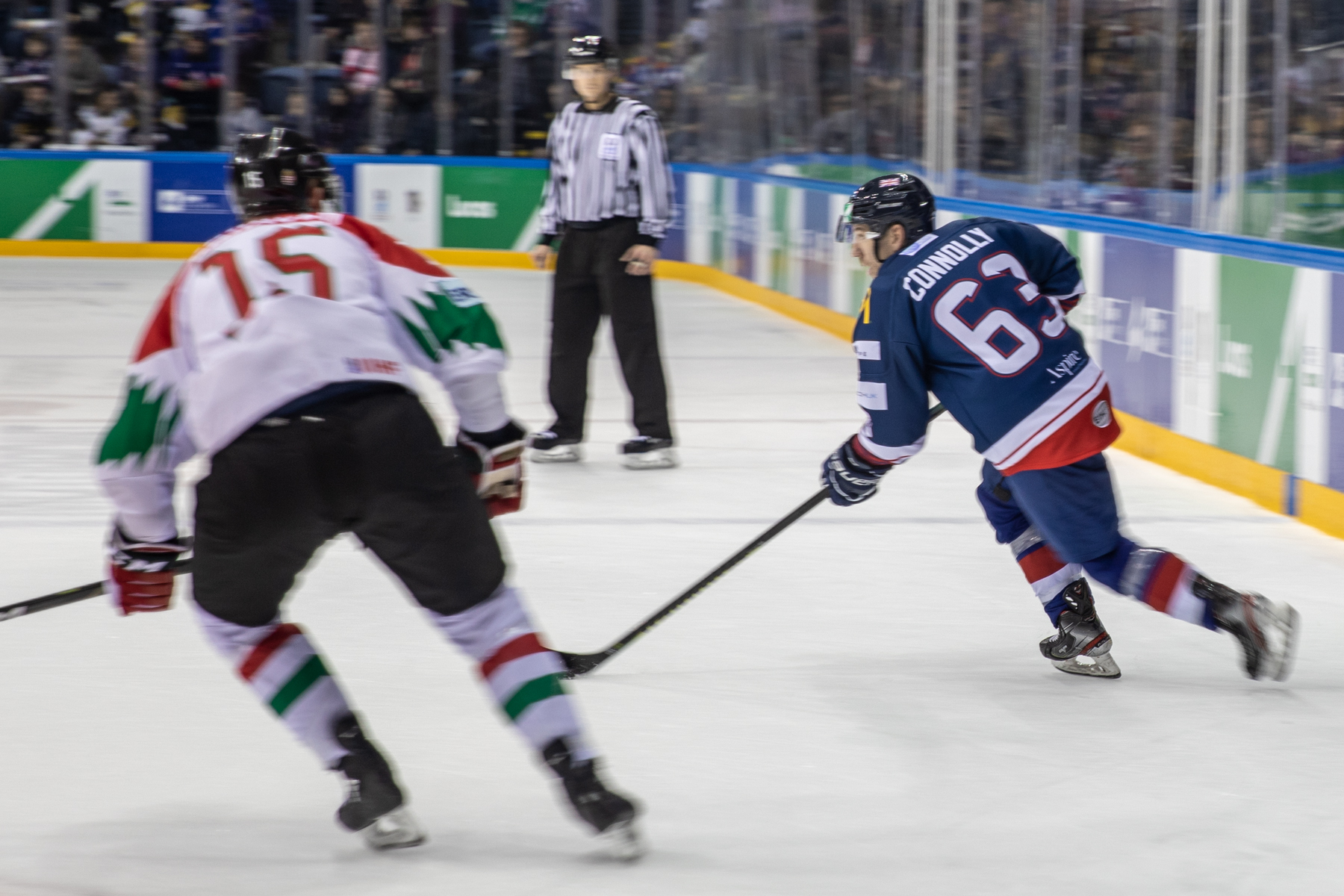 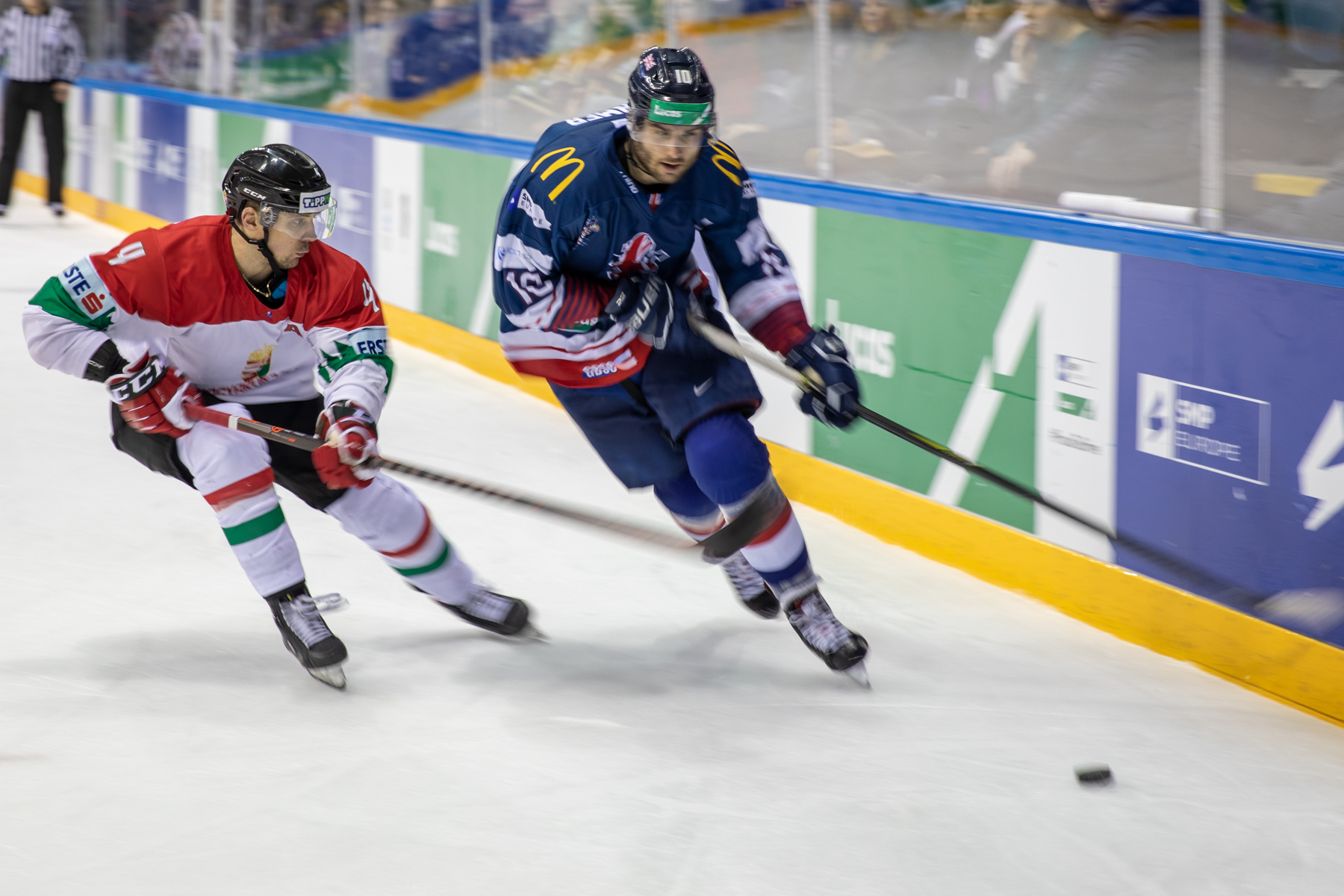 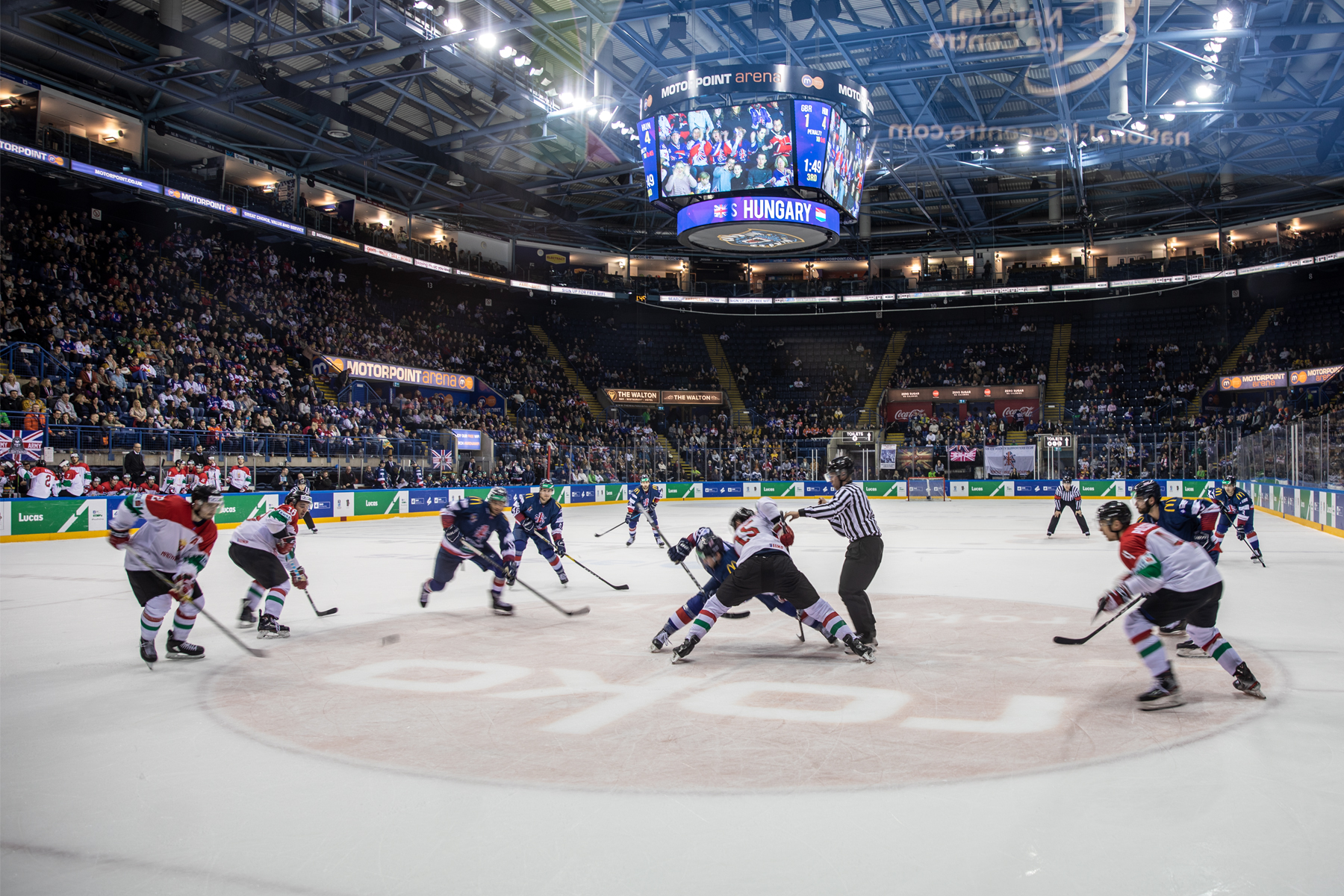 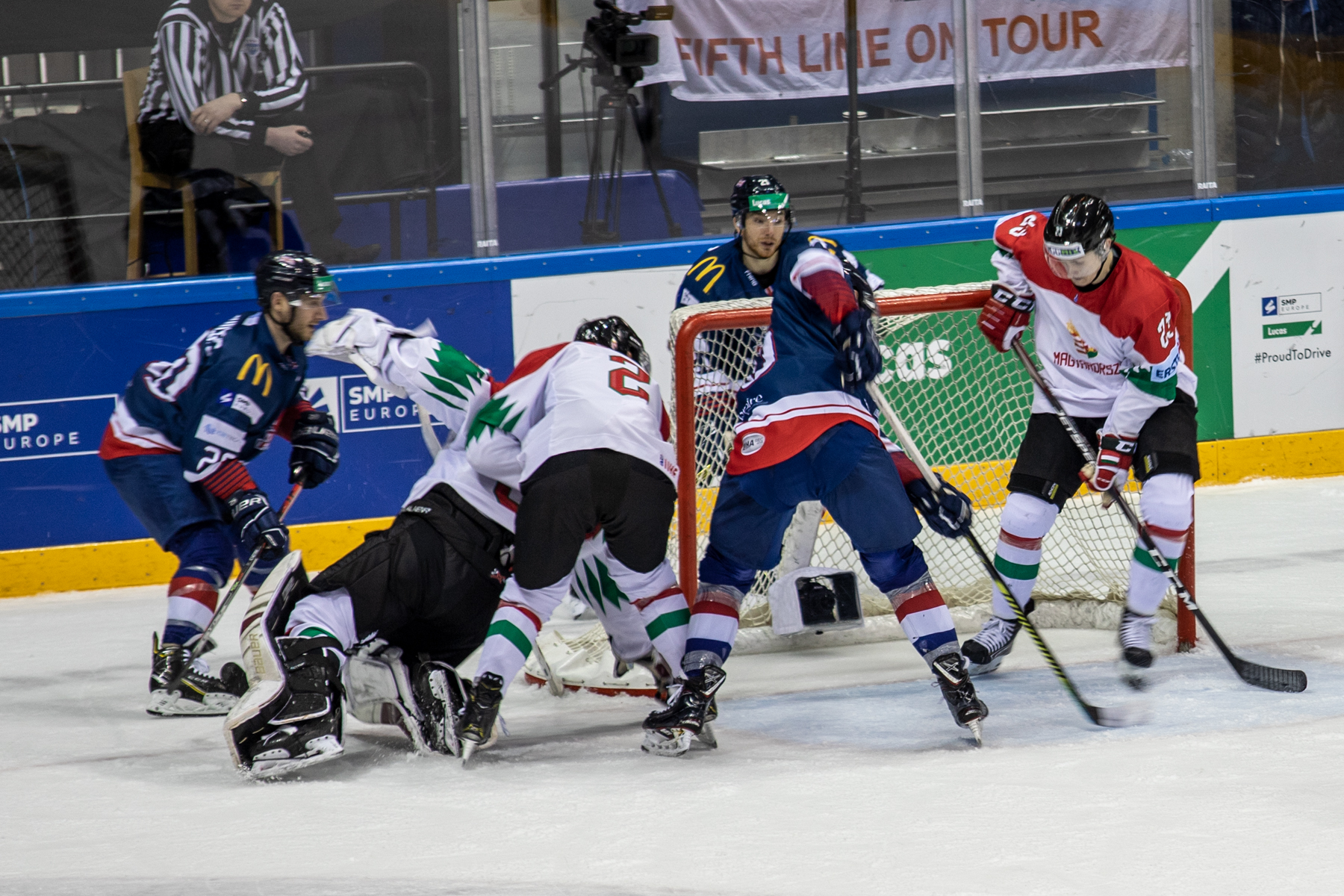 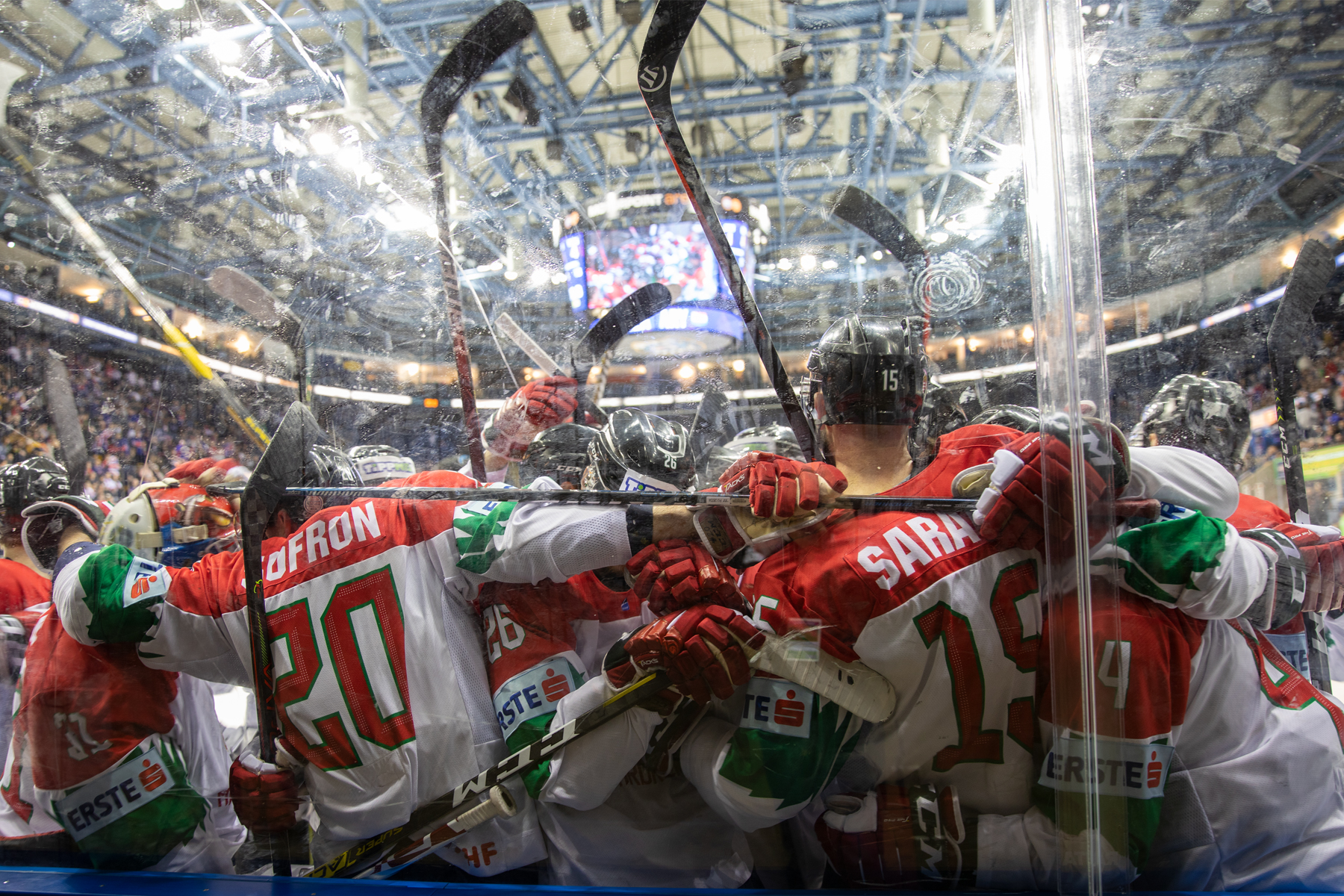 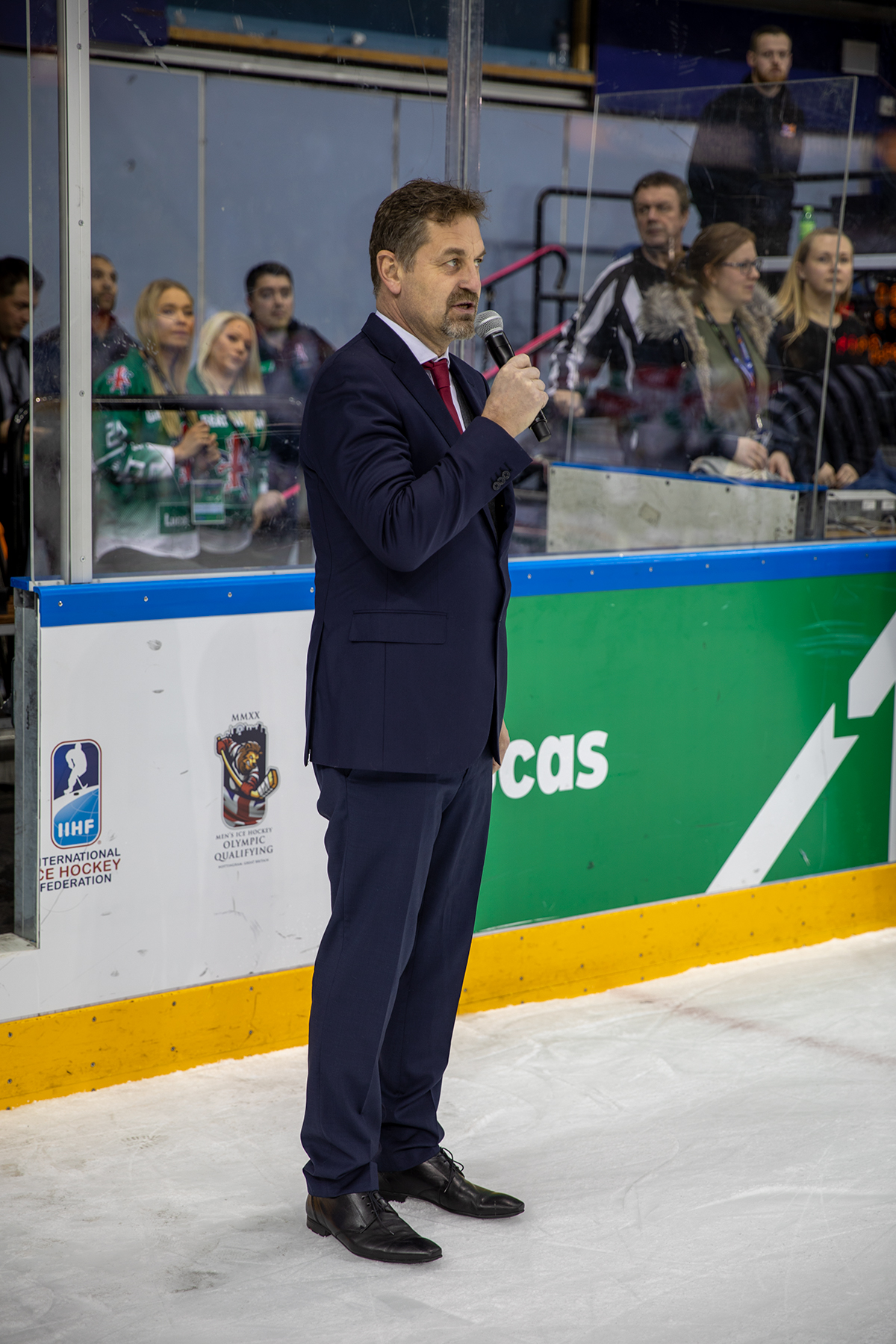 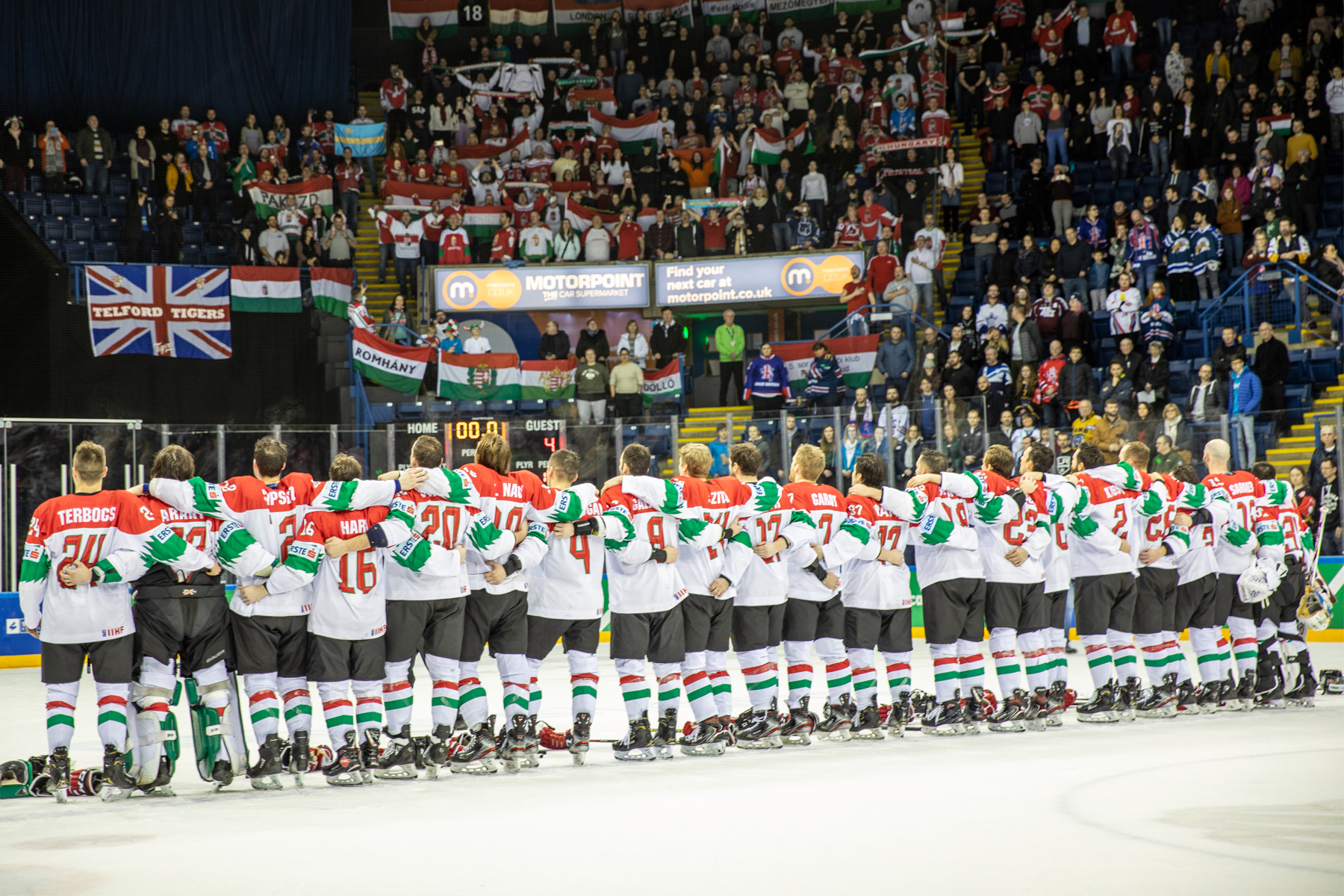 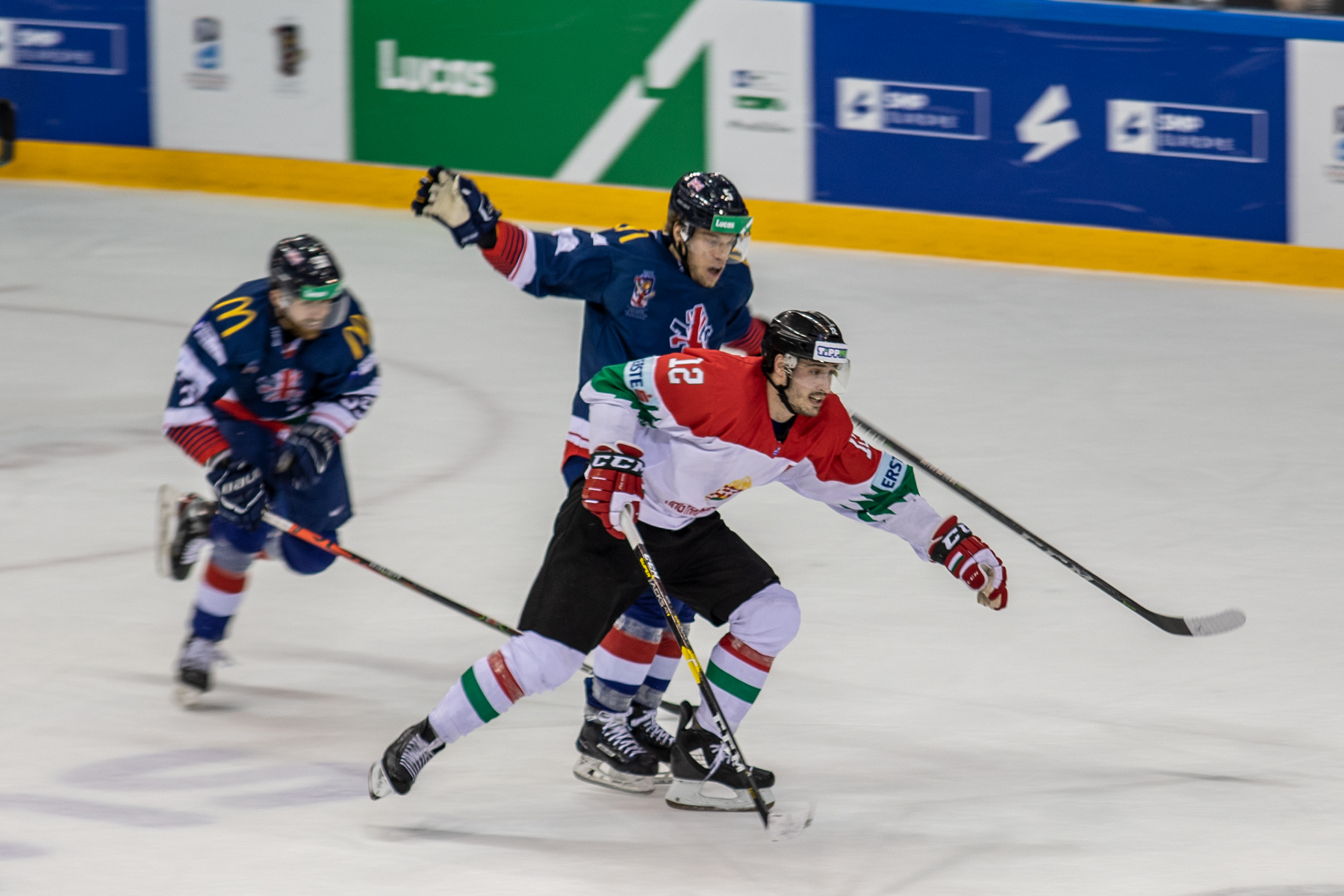 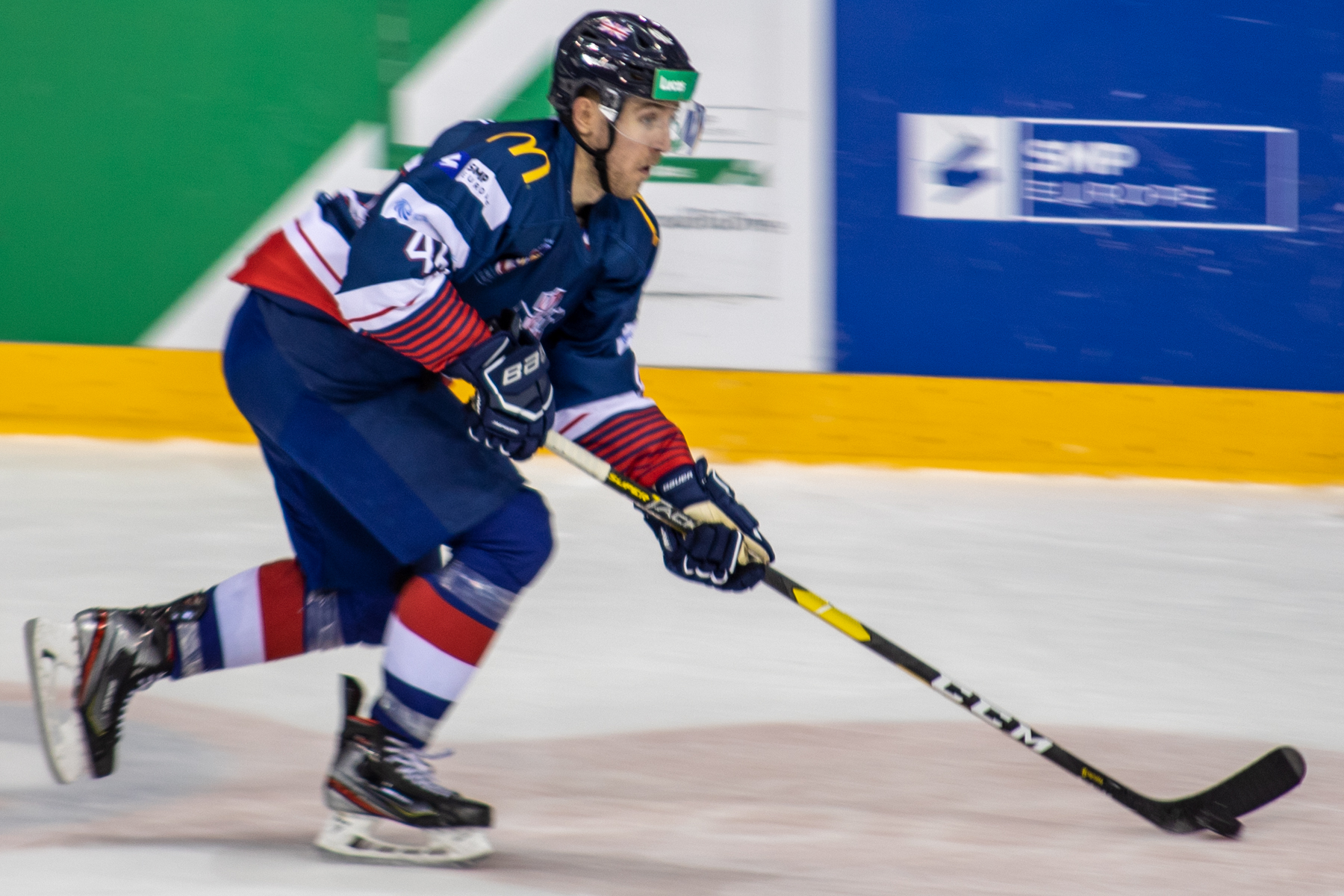 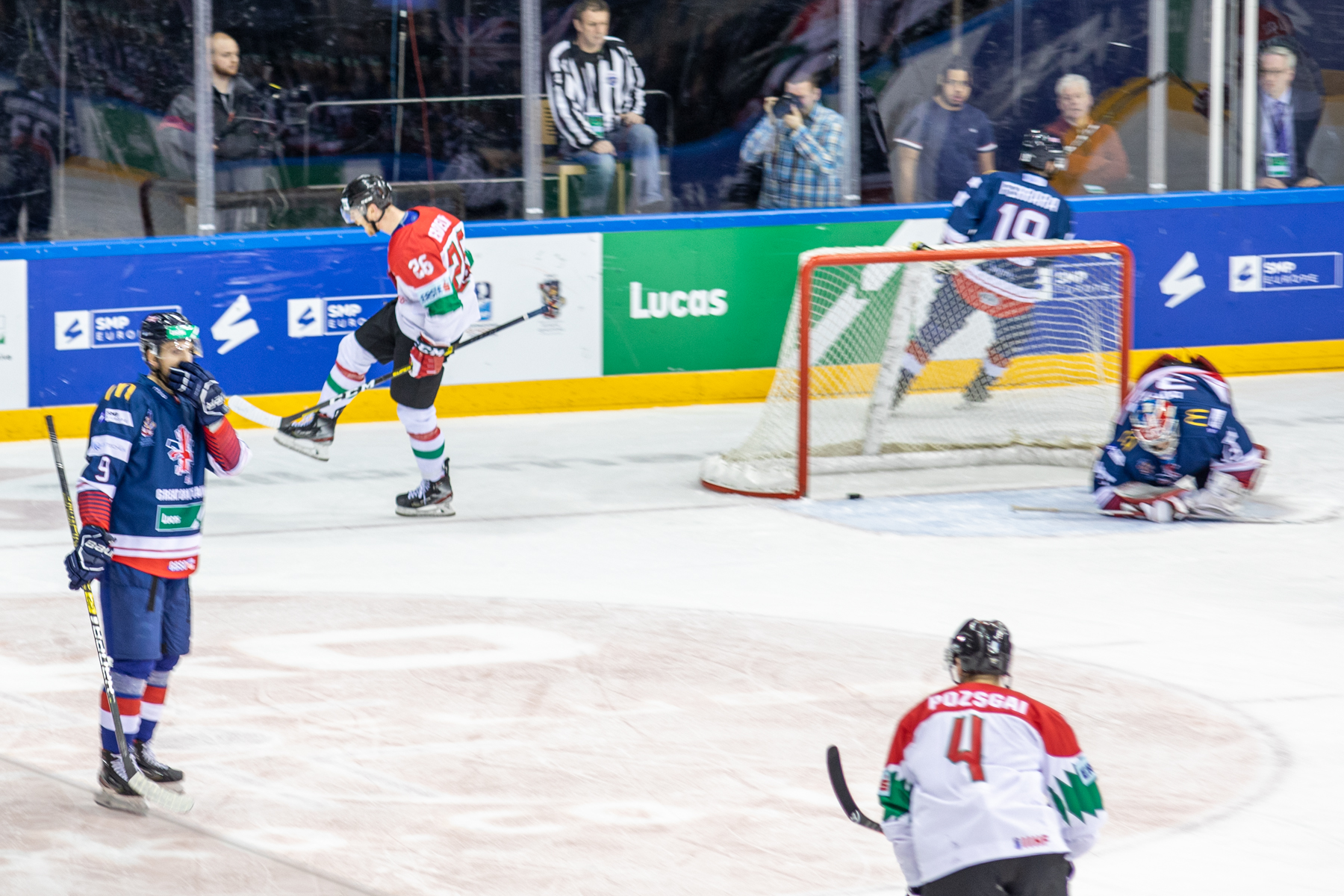 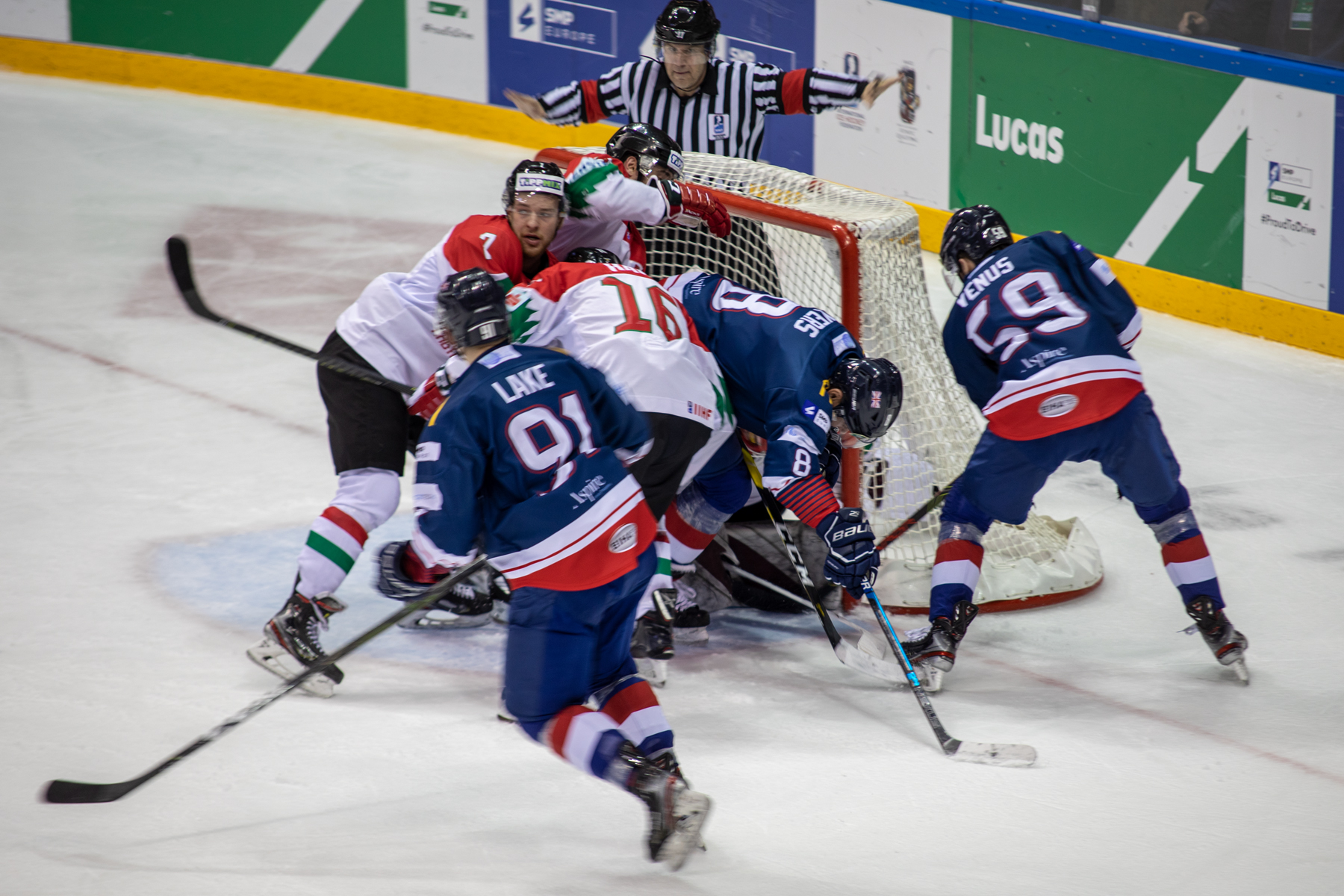 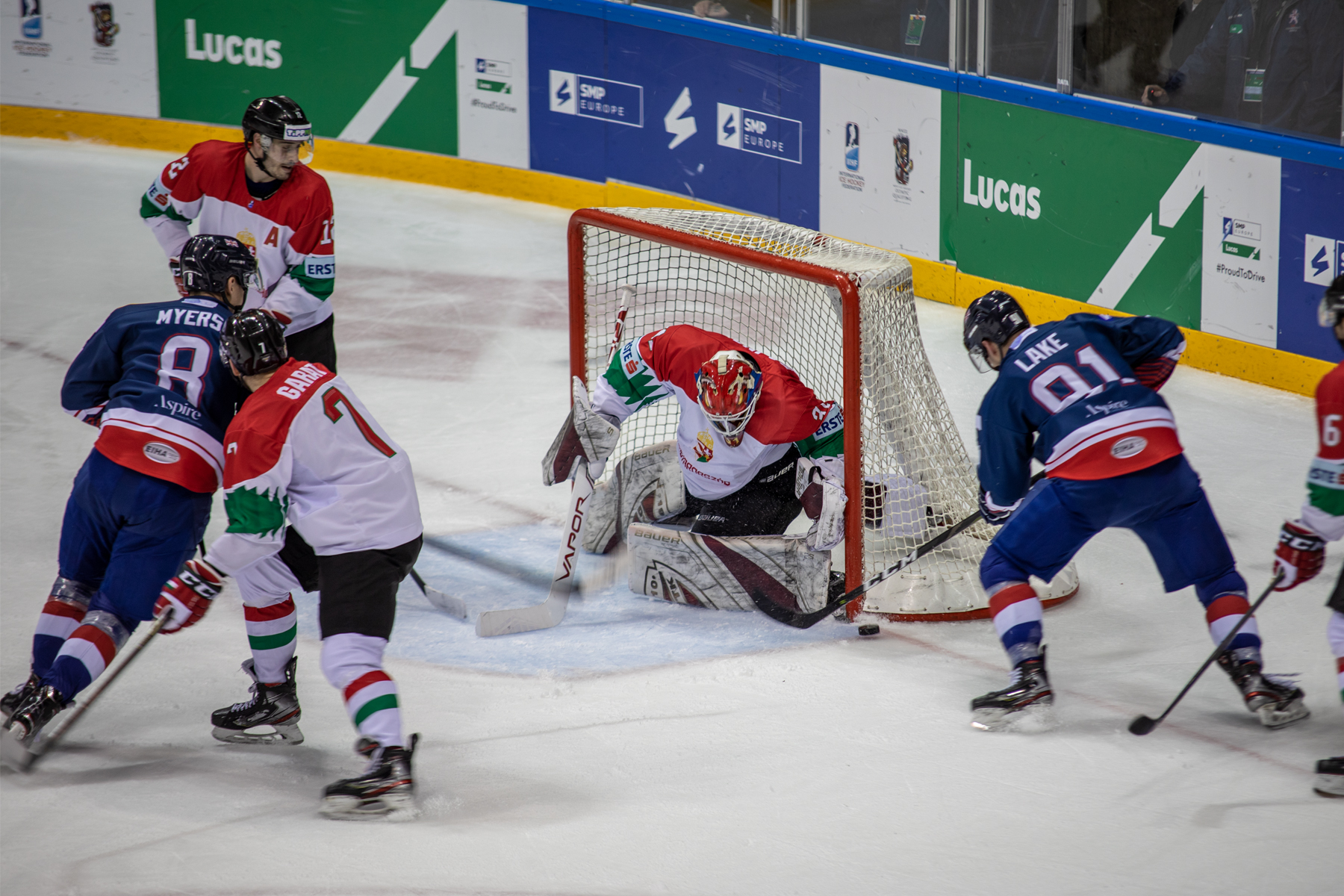 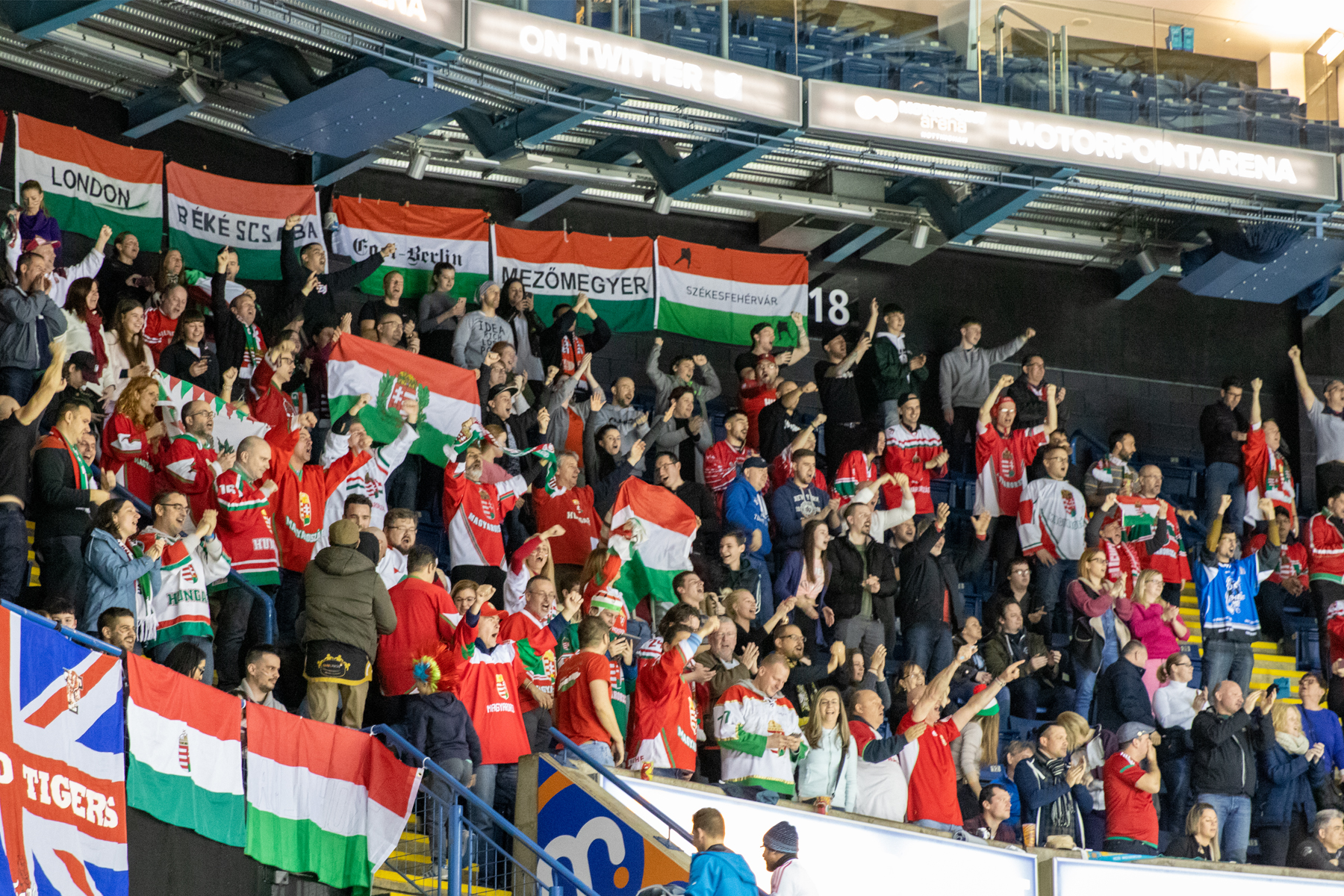 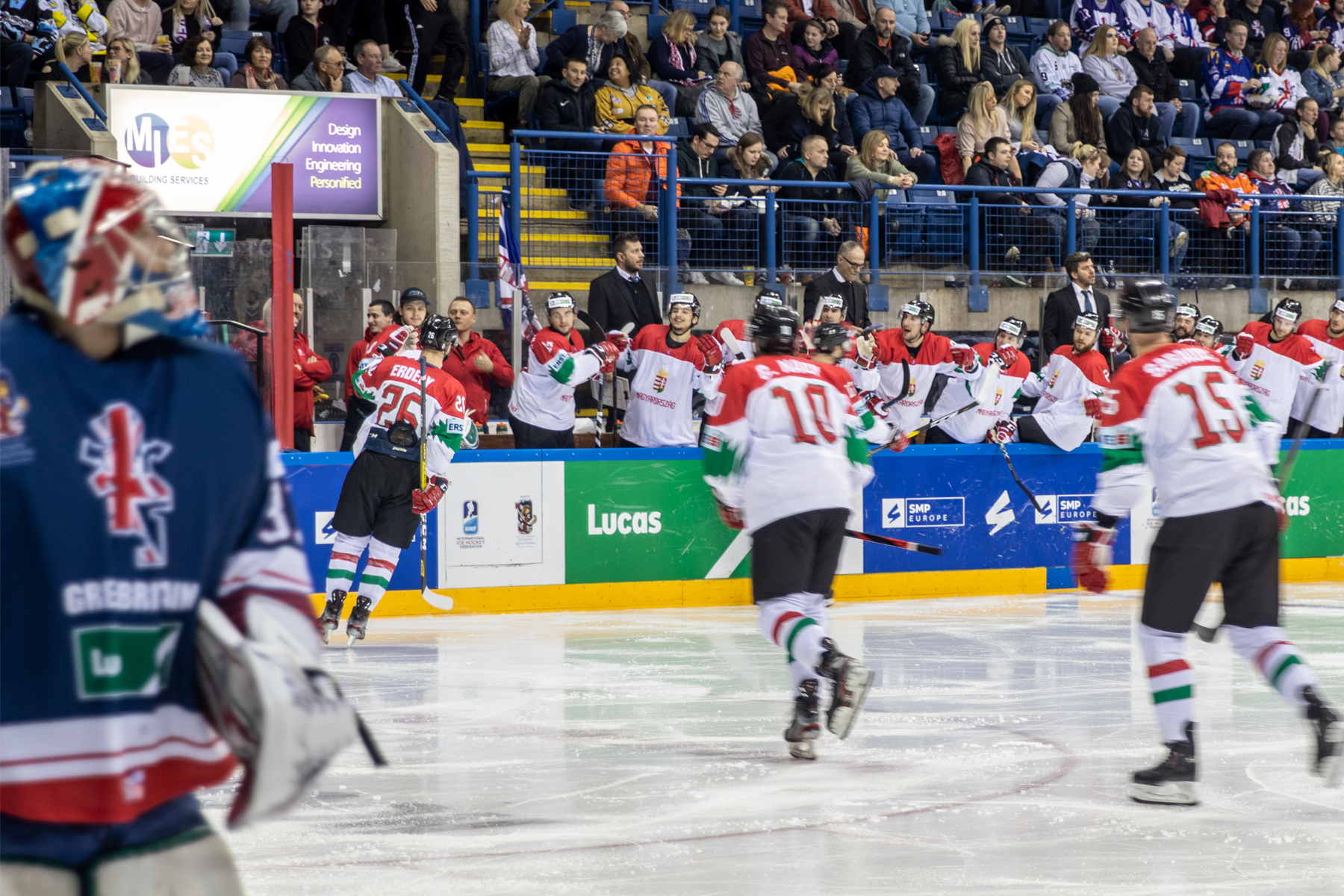