Karabanov started officiating games as a linesman first in minor leagues in 1985 before working his way up. In 1992 he officiated at the U18 European Championship and in 1993 and 1994 he had his first top-level IIHF Ice Hockey World Championships and was a linesman in 1994’s gold medal game. 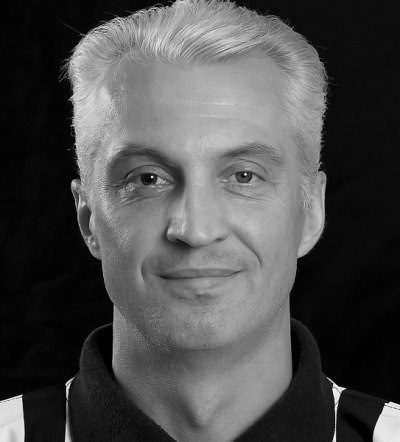 He then switched to the referee position and would officiate in three more IIHF Ice Hockey World Championships and four World Junior Championships as well as two Euro Hockey League tournaments and three European Champions Cup finals until 2004.

In 19 seasons at the top level in Russia he officiated 682 games including 76 in the playoffs and won the Andrei Starovoitov Golden Whistle Awards as best referee of the Russian championship in 2000.

After retiring as a referee he continued to work within the Russian Ice Hockey Federation as a referee supervisor. He also played an important role in the IIHF / National Associations Referee Exchange Program when it was launched in the early 2000s.
Related articles
IIHF
Bautin passes away at 55
Olympian champion passes away
06 JAN 2023
IIHF
RIHF reprimanded
IIHF Disciplinary Board sanctions Russian Ice Hockey Federation for Ethics Code violation
25 NOV 2022
IIHF
50 years ago: Henderson scored!
50 Years Ago Today... Henderson Scored for Canada
28 SEP 2022