Clara Rozier scored two goals and had an assist as the French outshot their opponent 36-10.

“It was a good game by our team. The Koreans are able to skate fast and perform counter-attacks. We had to adapt but we played solid and had good positioning,” said forward Estelle Duvin.

“It was the first official tournament for many players, not everything already worked automatically even though we dominated in the first period. It was a bit more difficult later but it helped that we played solid defence. It works fine for now, which is cool.”

Korea previously advanced to the final round with strong defence and only one goal against in three games. It seemed clear from the beginning that they would need nothing else than that against France too. The game went north-south on both sides but it was mostly the French who created chances in the first period. Shots on goal during the first 20 minutes were 11-1. While the Koreans managed to keep the score low for a long time they produced too little offensively to create an upset.

The French eventually opened the scoring at 12:33 when the second offensive unit outpowered the Koreans. Chloe Audard skated along the left boards and sent the pass to the crease. Rozier shot from the right, the deflected puck stayed in front of the goal line but Estelle Duvin shoveled it across for the French lead.

With 1:56 left the French players cheered on what they hoped would be their second goal. A long shot from Marie Pierre Pelissou was deflected by captain Marion Allemoz, however, the game officials immediately had doubts due to a high stick from Allemoz that was confirmed after a video review. The first period thus ended with a 1-0 score.

The French eventually got the two-goal lead midway the second period and it was the same line that had scored the first. After good stick work at the left side boards by Aurard and Duvin, Aurard skated to the crease and sent a pass to Rozier, who deflected the puck into the net. Three minutes later it was again all “Allez les Bleues” from the loudspeakers. Julia Mesplede scored on the rebound after Korean goalie Inhye Jang had blocked a point shot from Anouck Bouche.

“The game was pretty good, we did our best,” Jang said after the game. “Their shots are very strong and I had to check a lot their play behind the net.”

The Koreans got more power-play opportunities in the second period and were able to create more scoring opportunities on their own in the second and third frame, however, the French remained in control of the game and Caroline Baldin started the tournament with a shutout and the French scored another marker.

Jade Barbirati had a nice chance late in the game when she tried to move the puck around Jang but was tripped by Jiyeon Choi. However, the French used the ensuing power play with Rozier’s second goal of the game. The 24-year-old who plays for Helsinki IFK since 2020 skated behind the net and beat Jang with a short-angle shot that went in top shelf.

“We are satisfied and did what we wanted to do. We wanted to create pressure, play with four lines. We knew that we could dominate them in the physical aspect,” said French head coach Gregory Tarle and although the talk was about the second offensive unit, he wanted to praise the whole team. “That’s what we expect from our lines and this time it was this line that made the difference but the work was done by the entire team.”

The French will continue the tournament with a Saturday afternoon meeting against Slovakia while Korea will face top-seeded host Sweden for another chance to remain in contention.
France vs Korea - 2022 Women's Final Olympic Qualification Group E 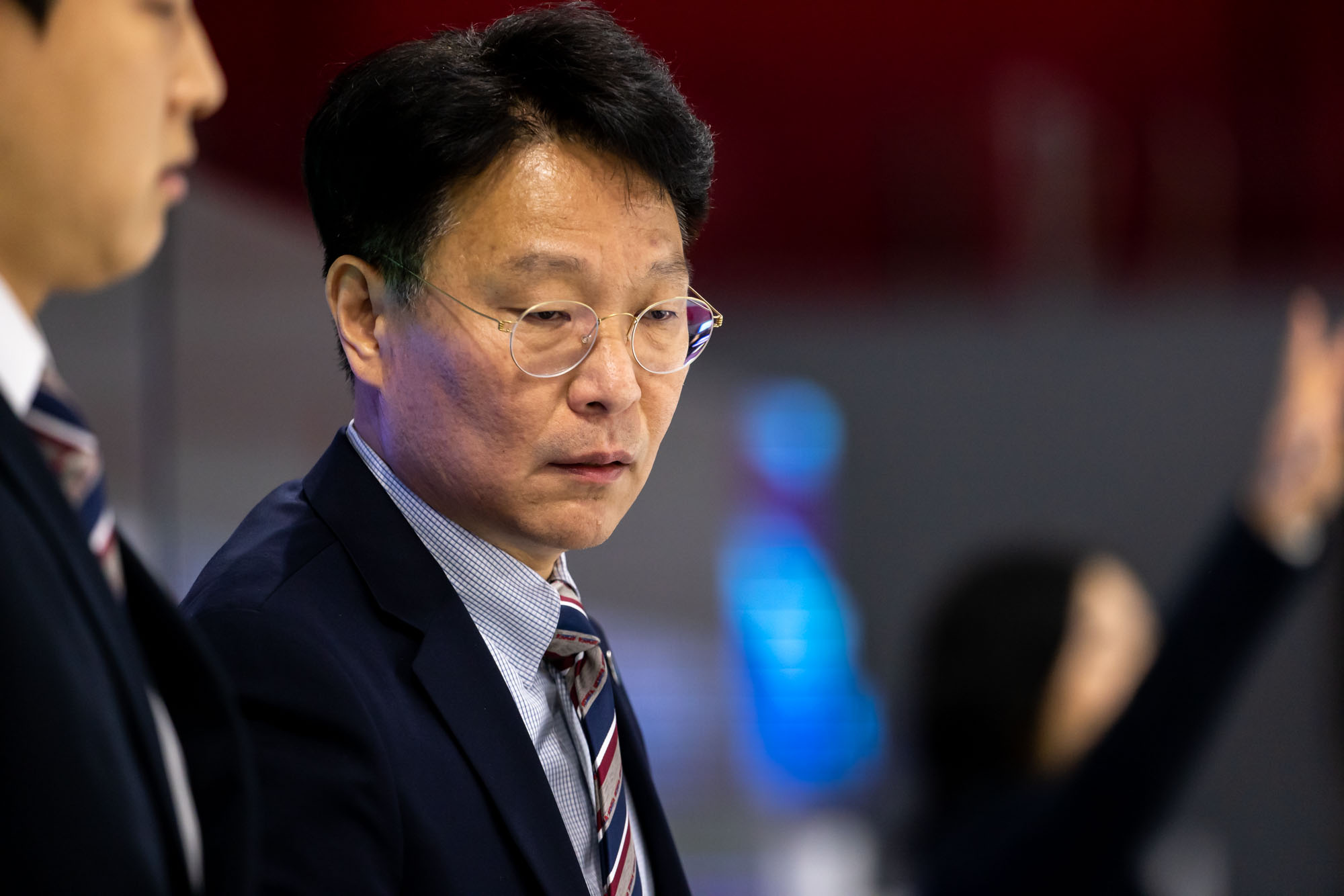 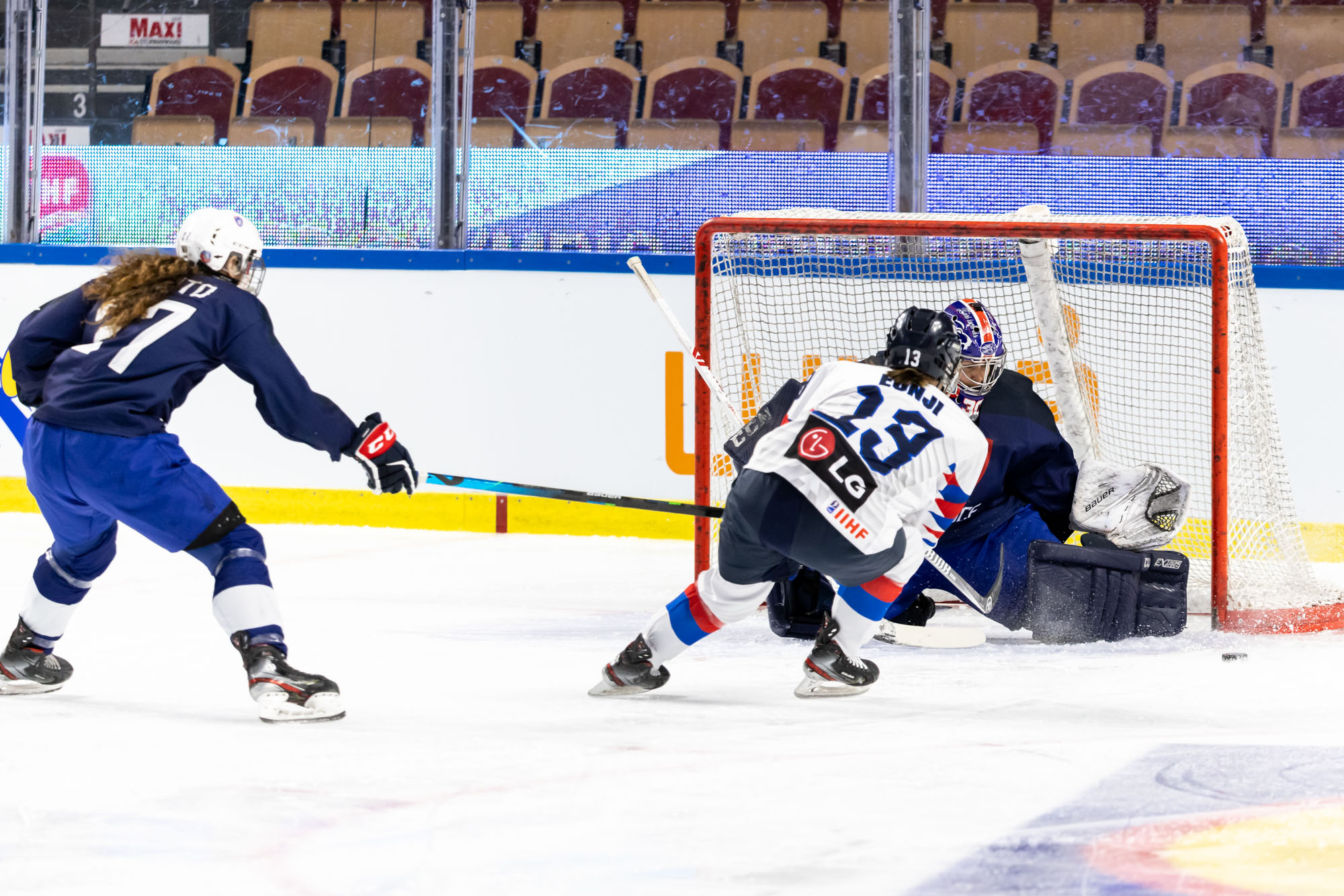 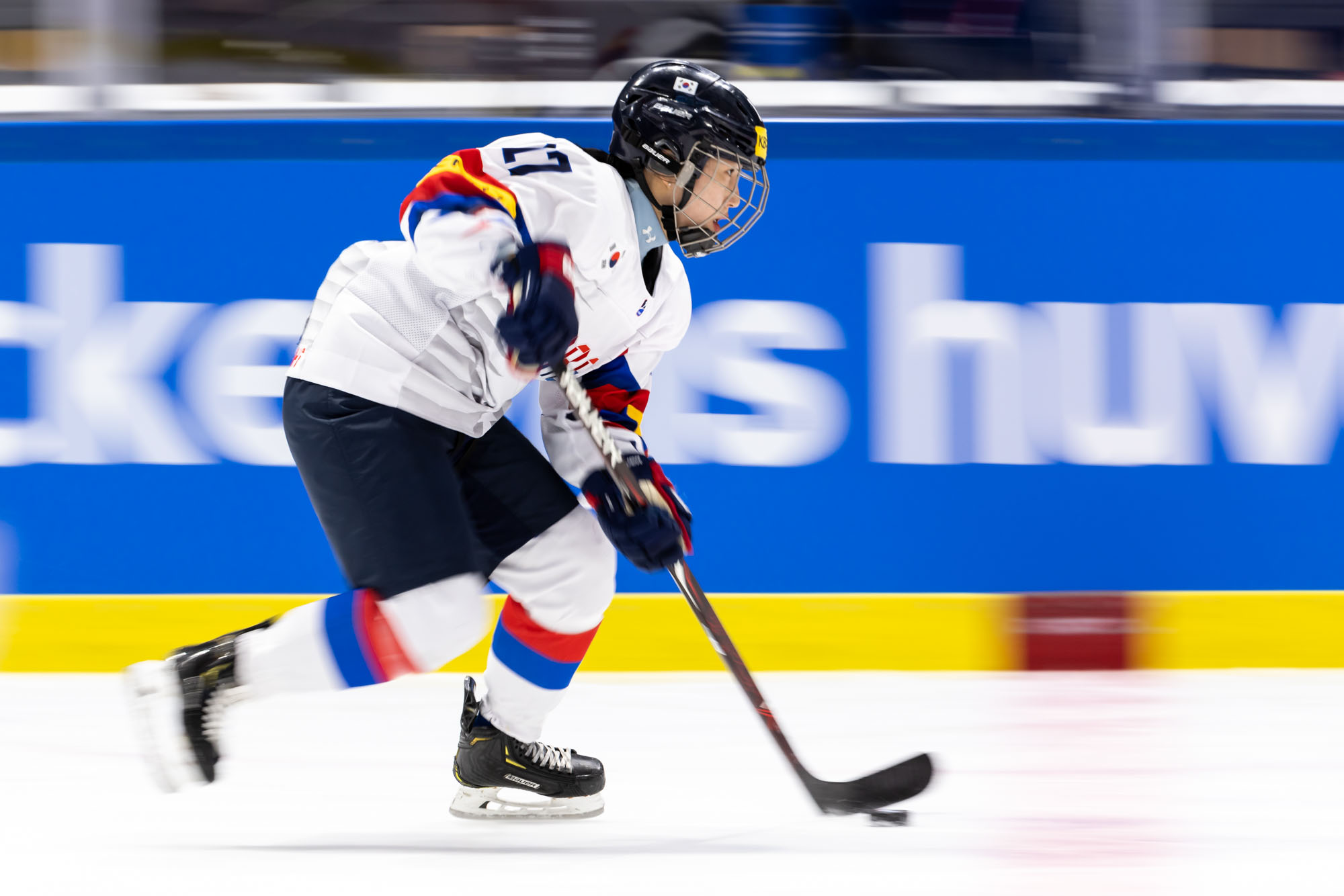 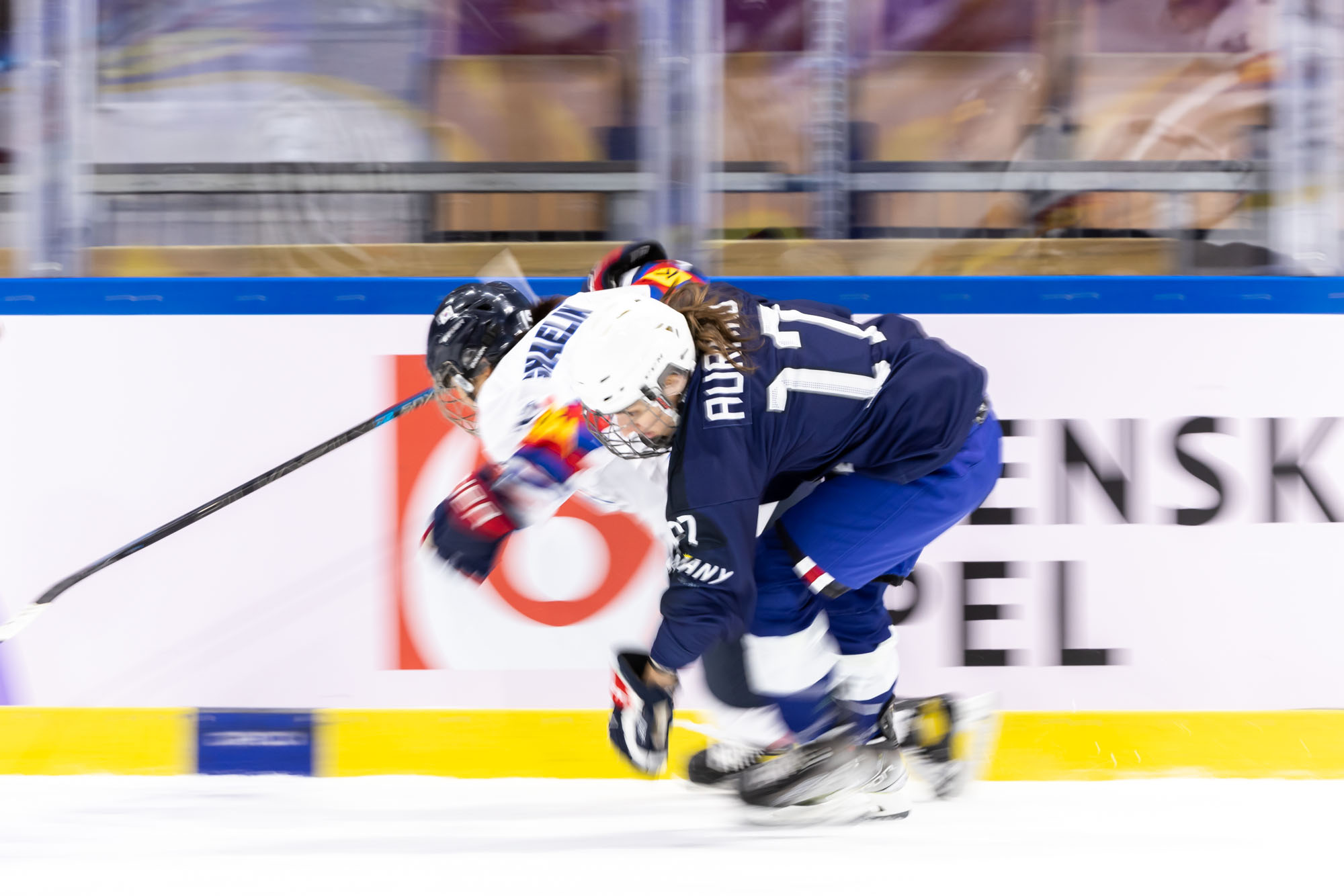 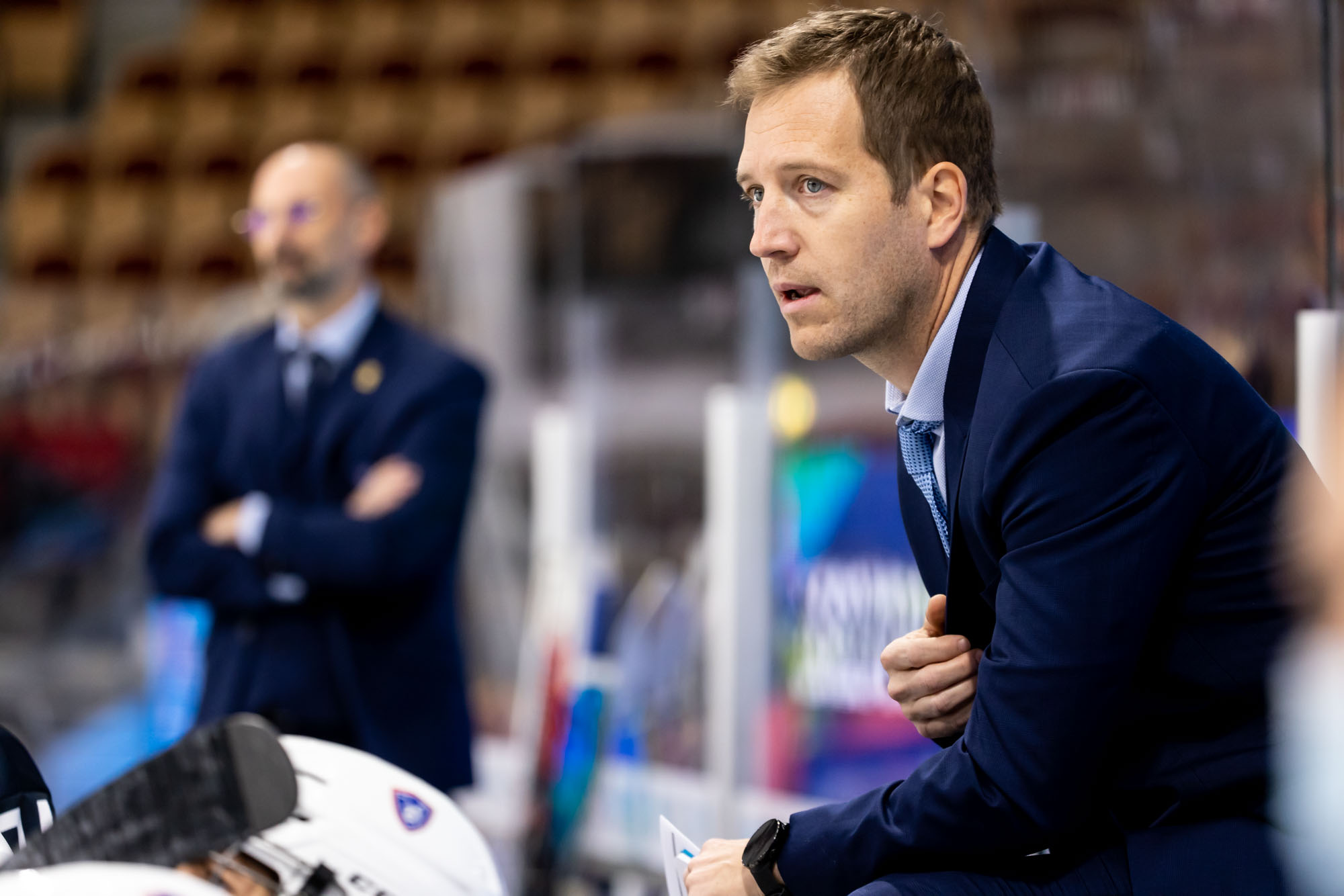 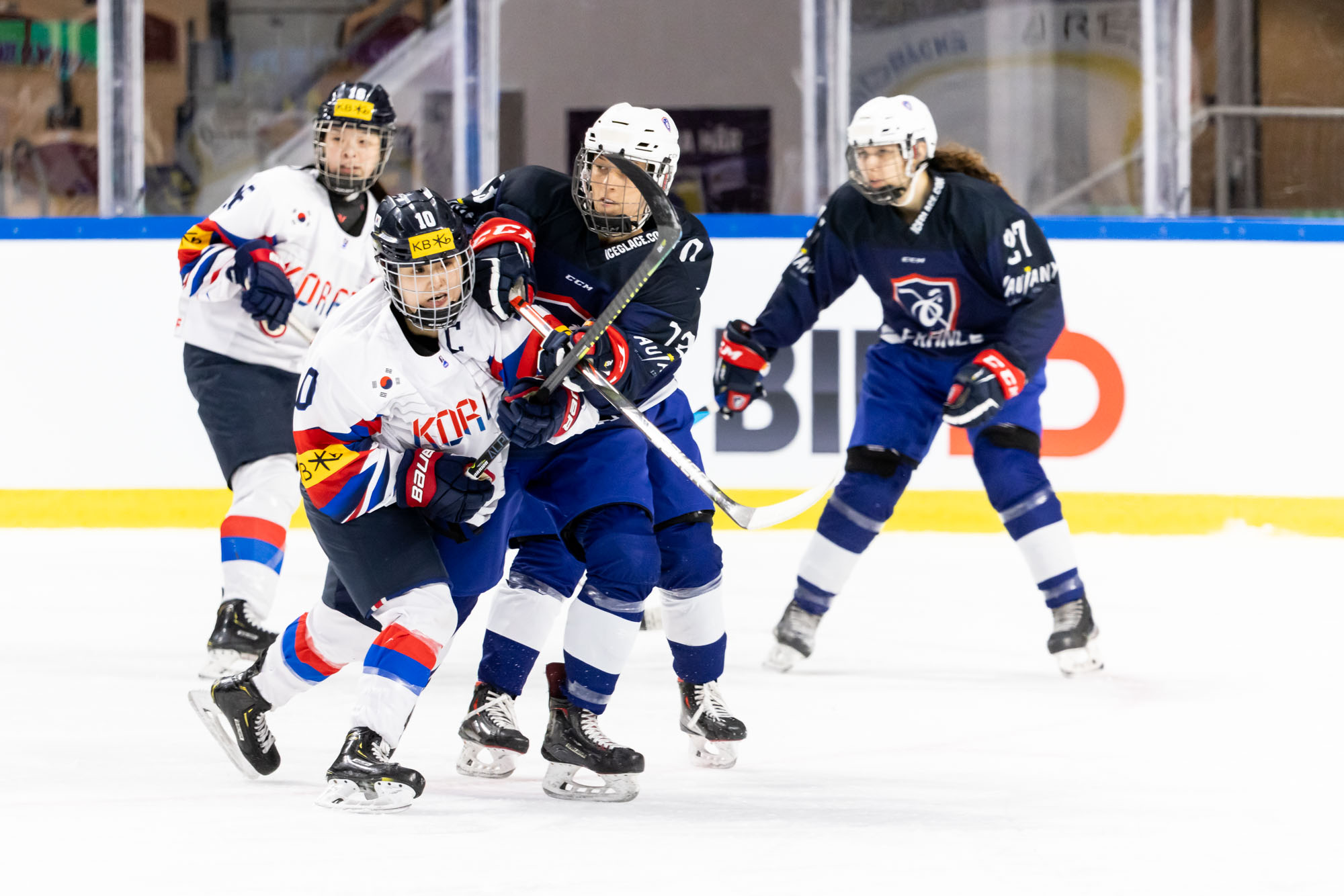 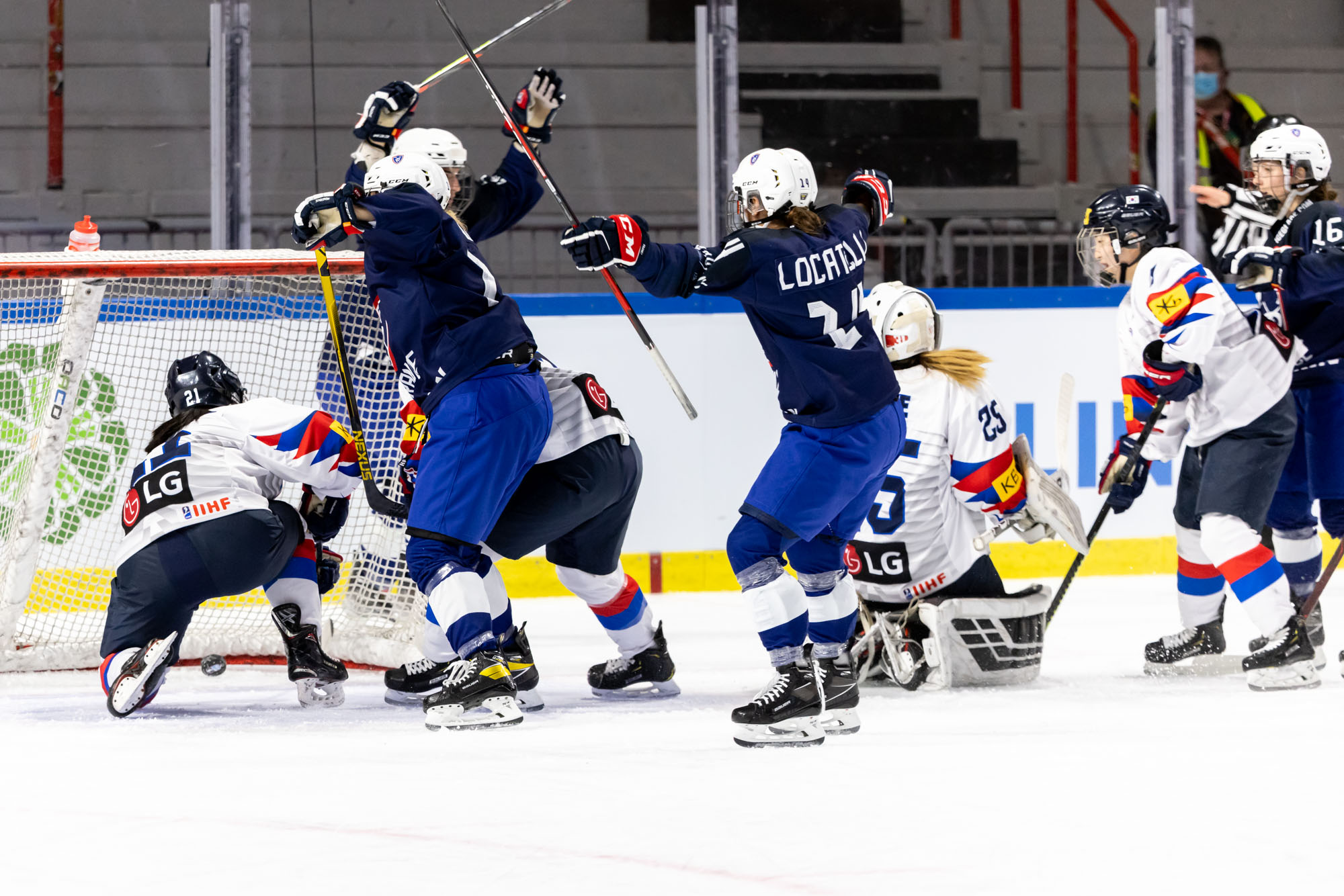 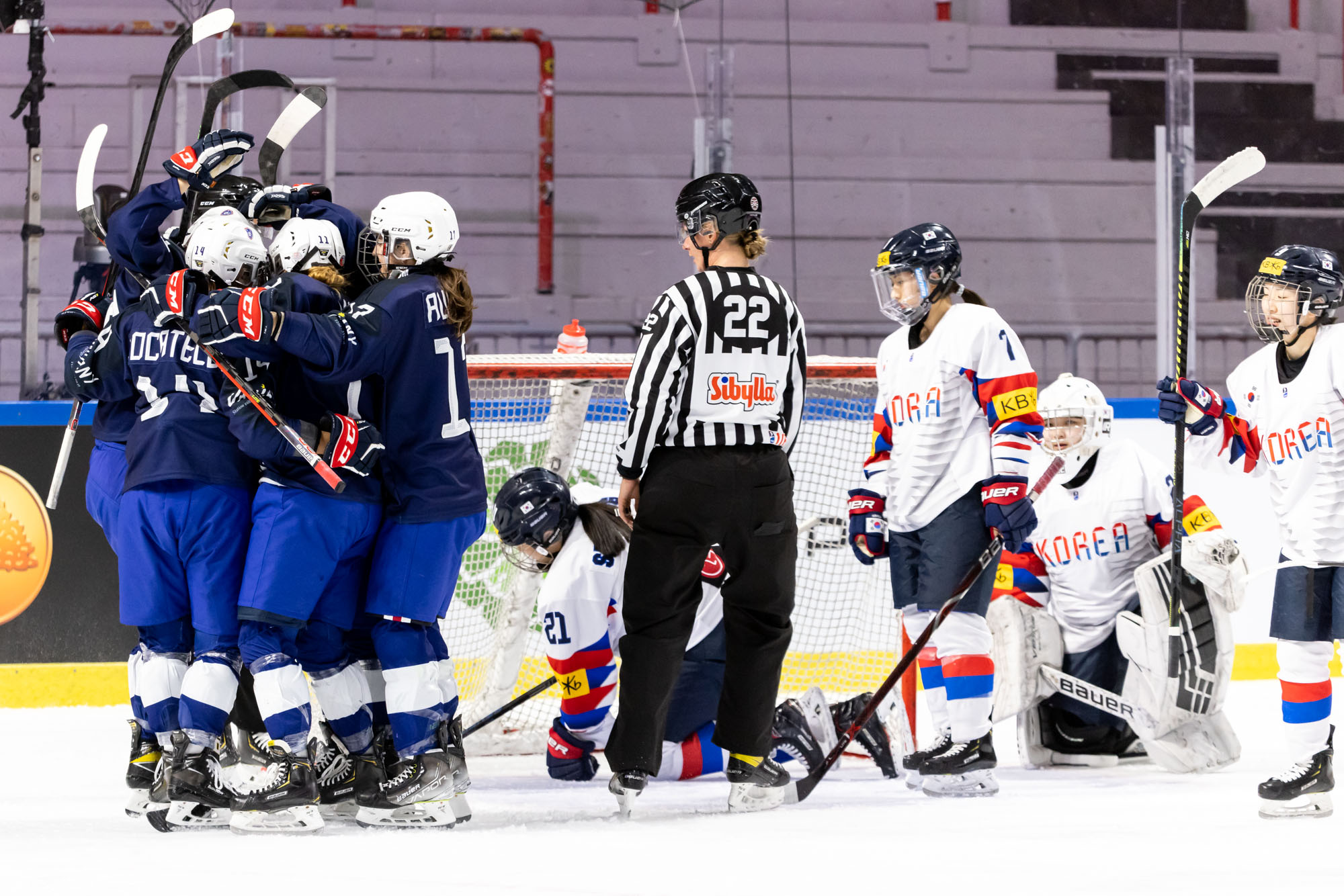 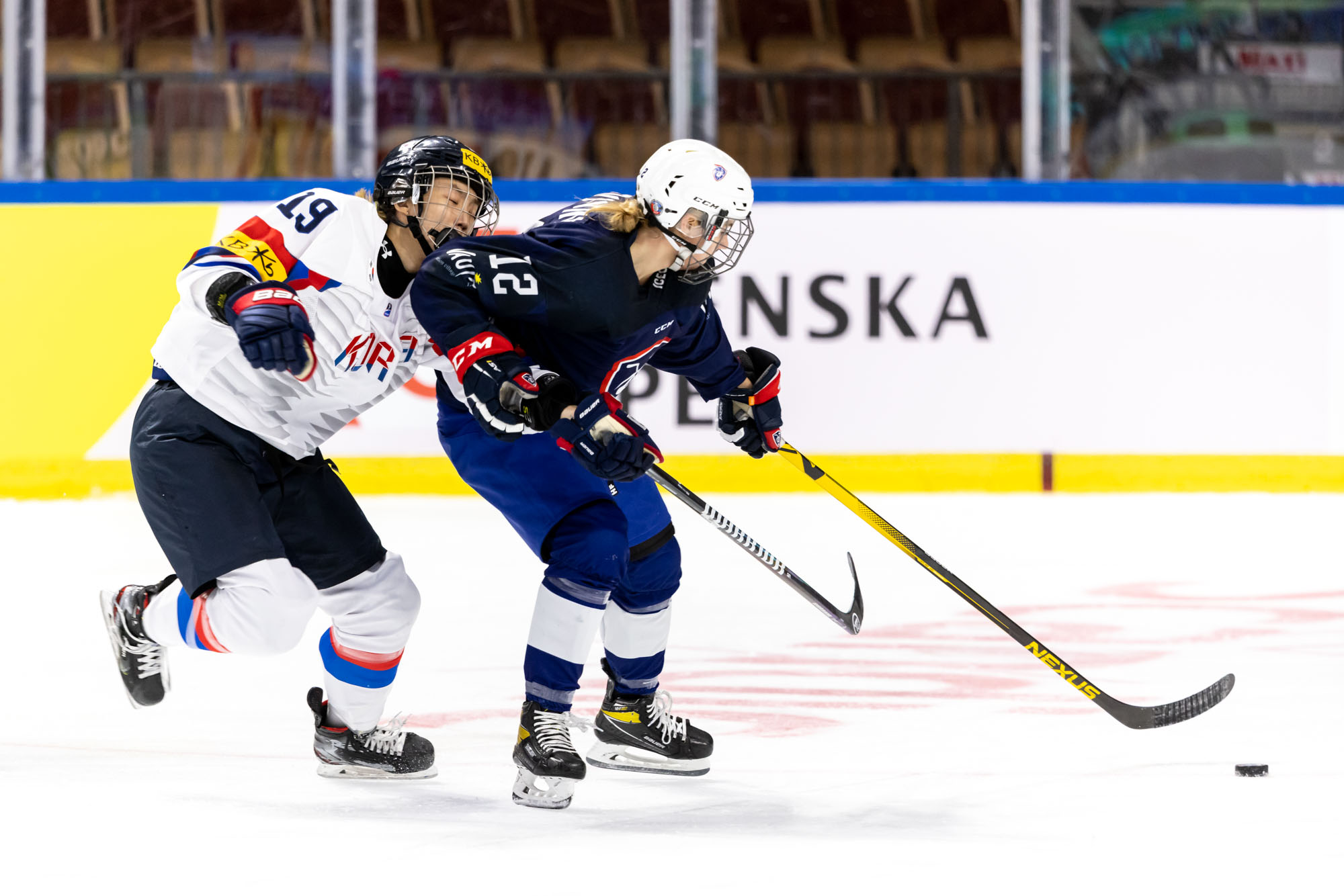 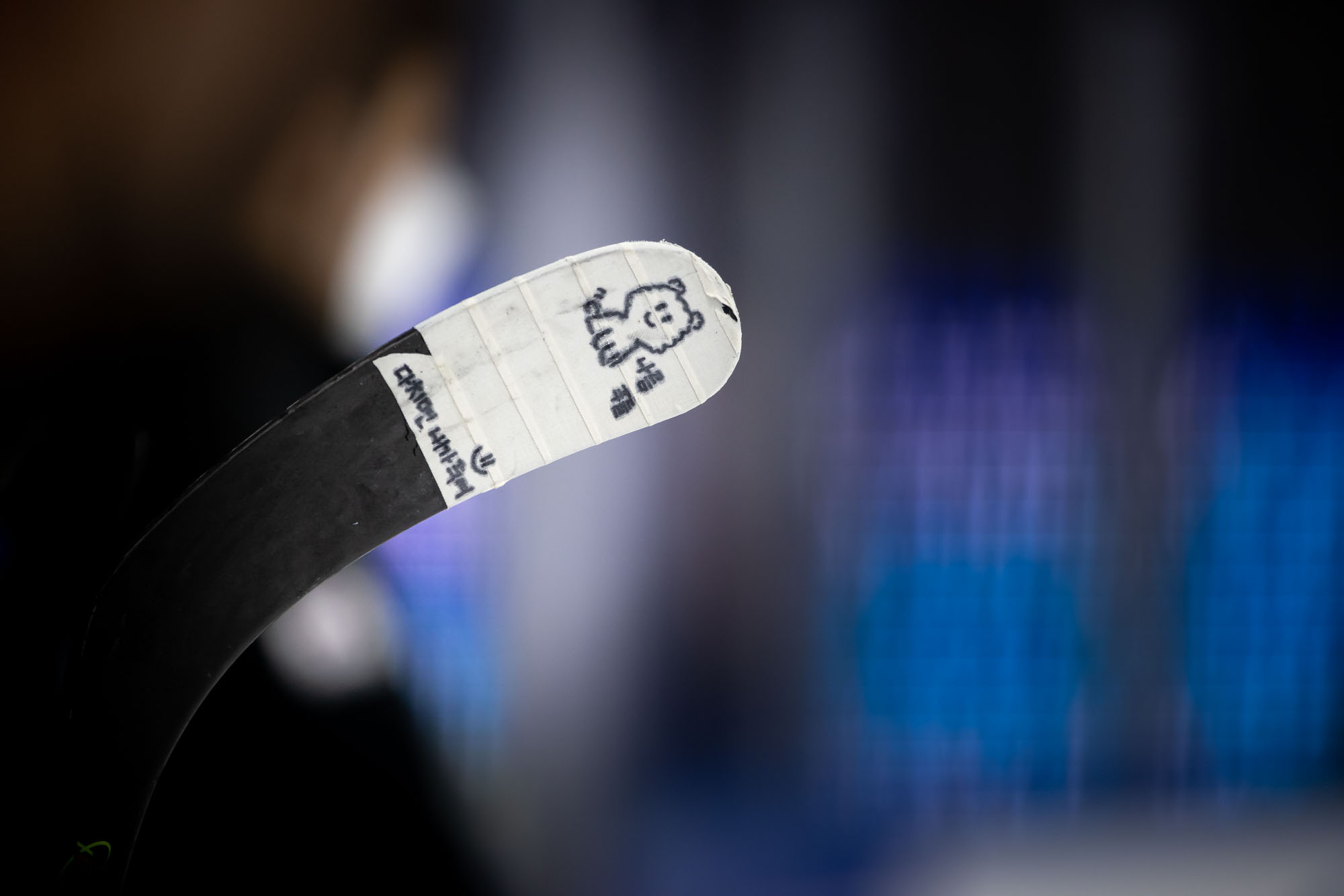 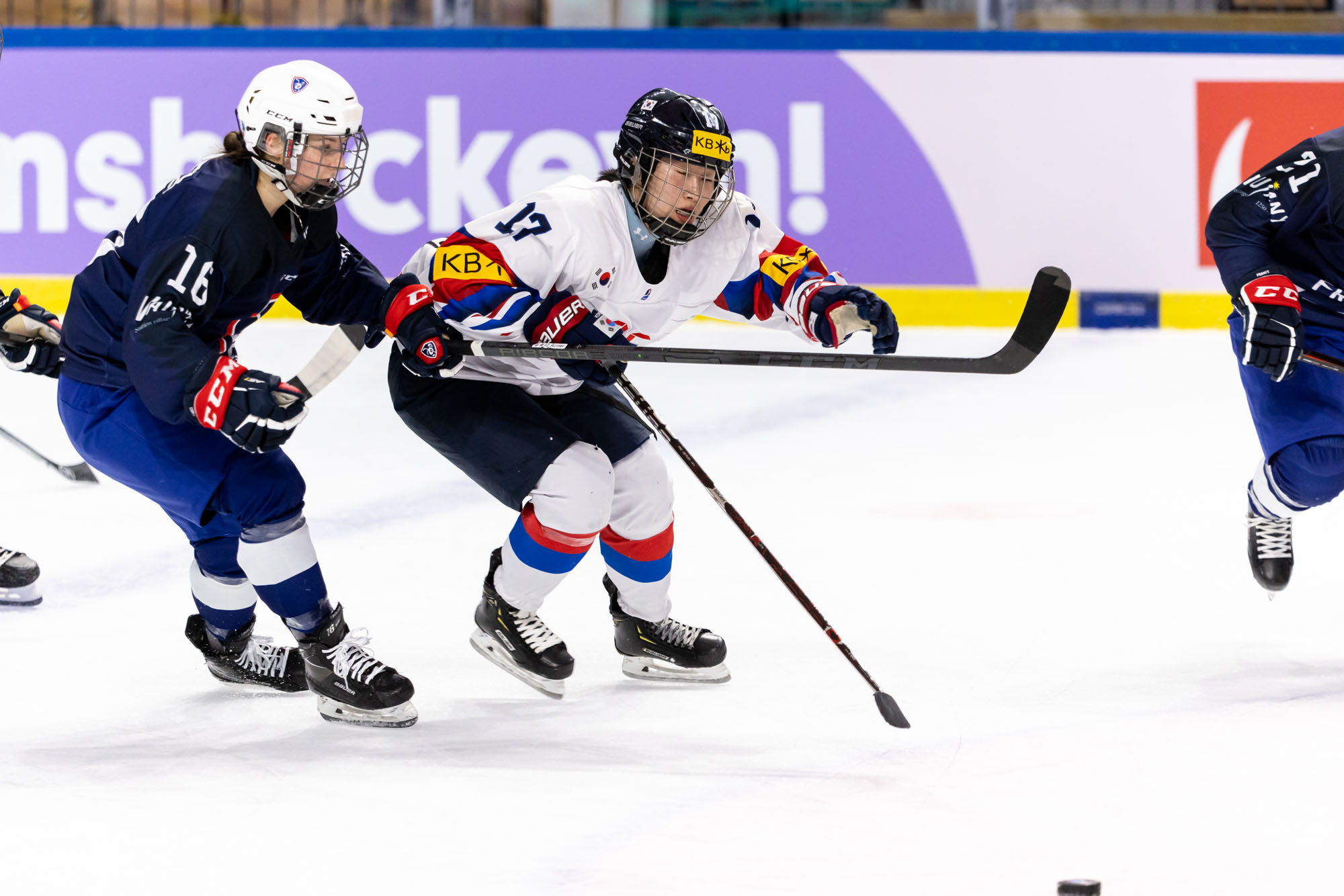 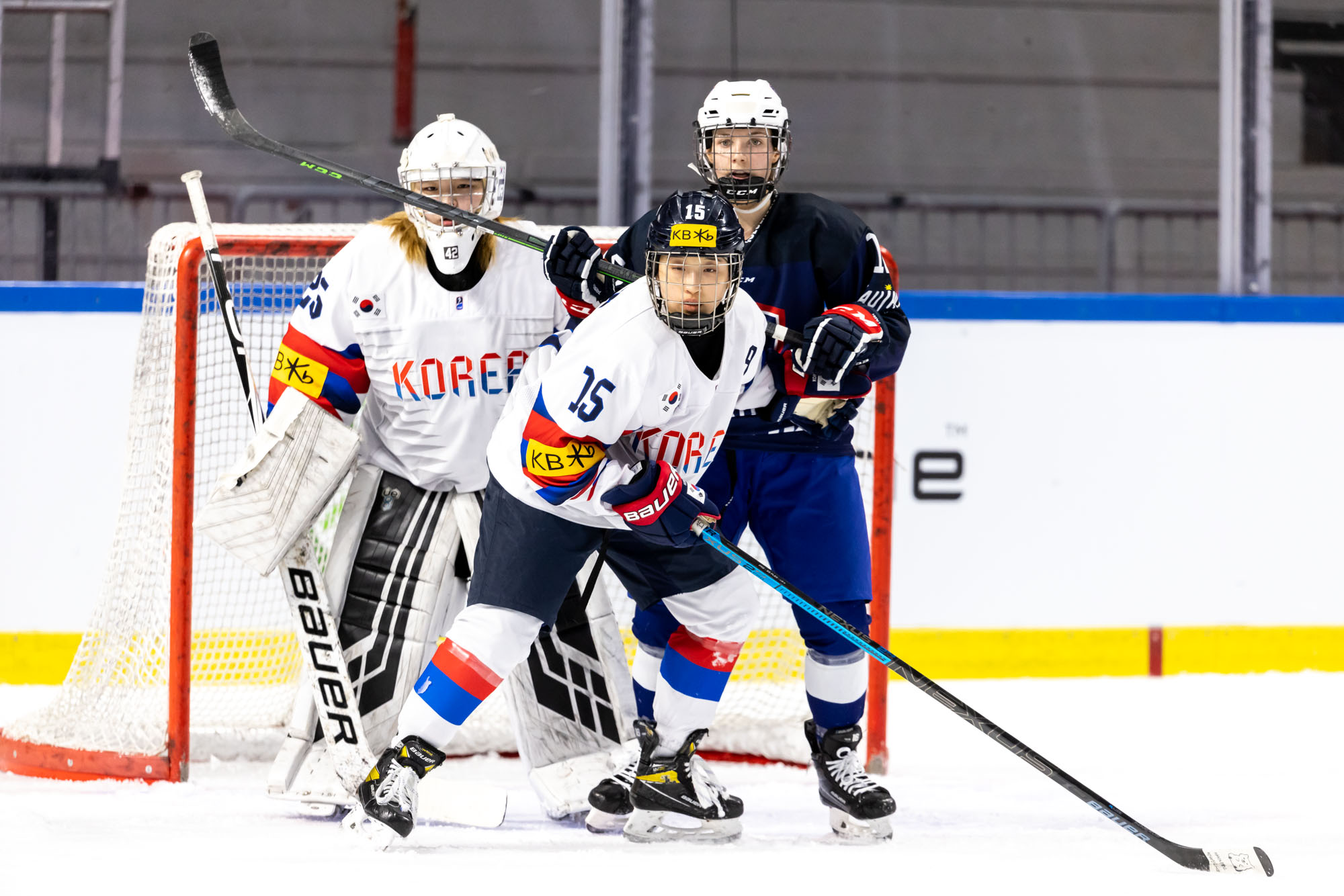 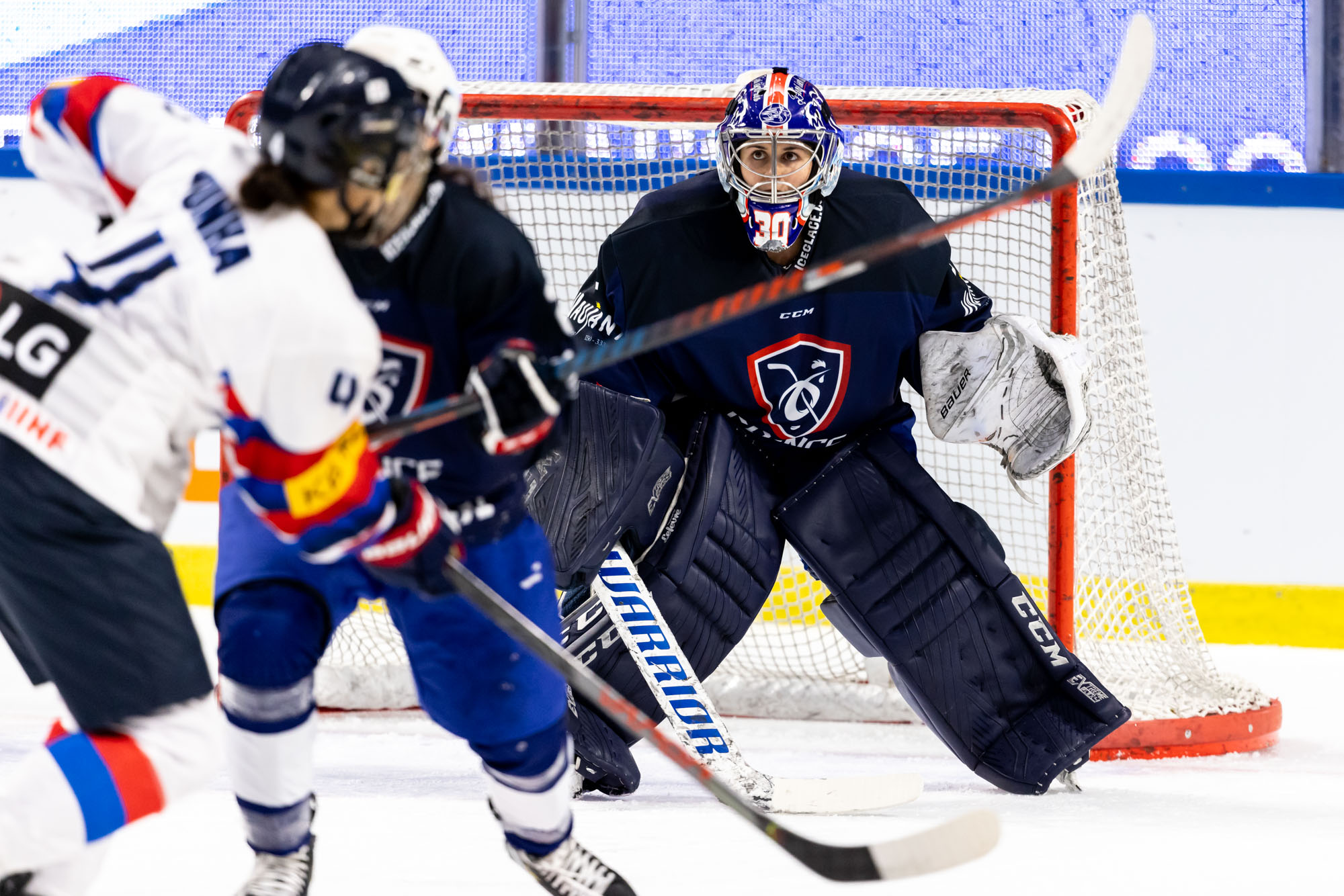 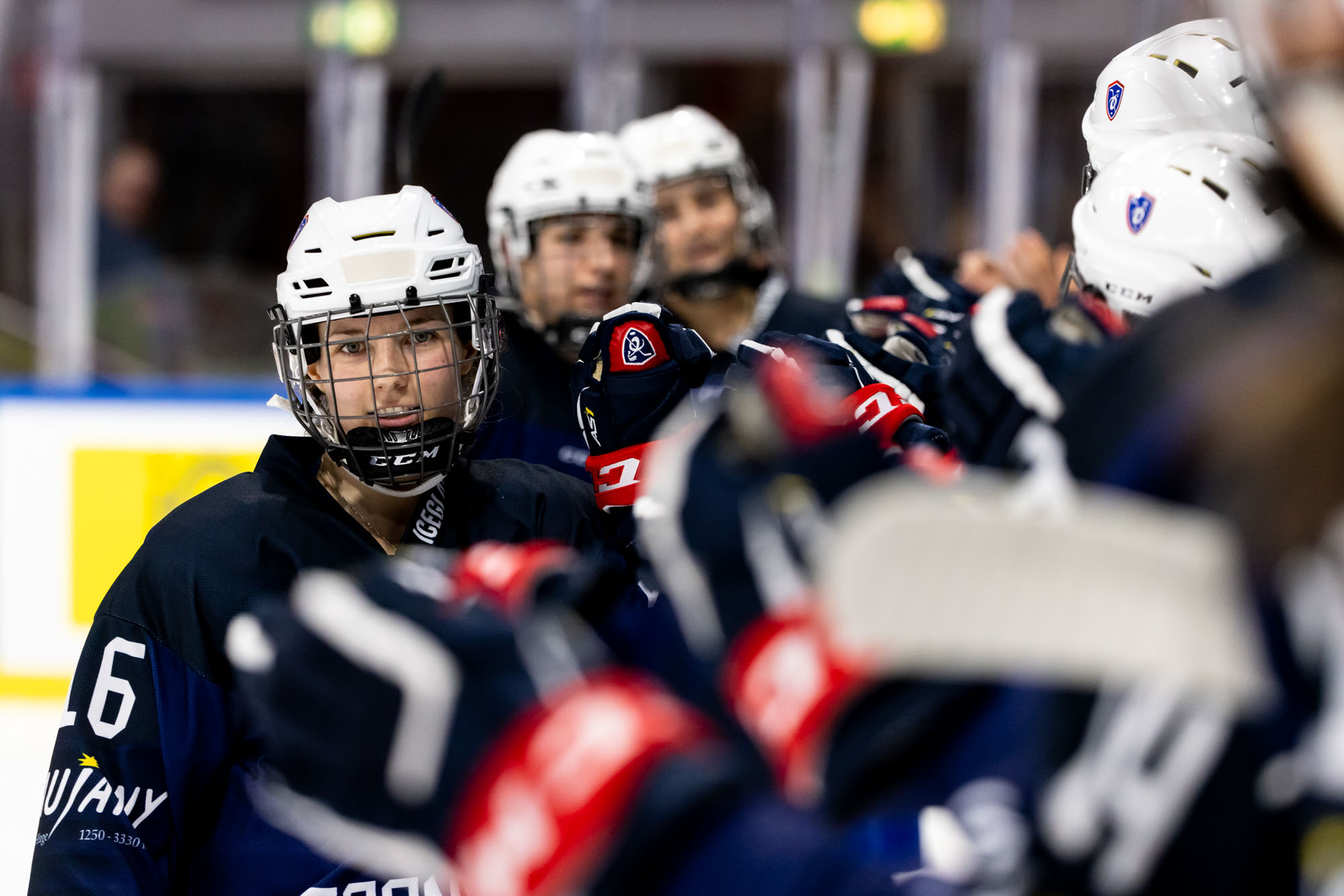 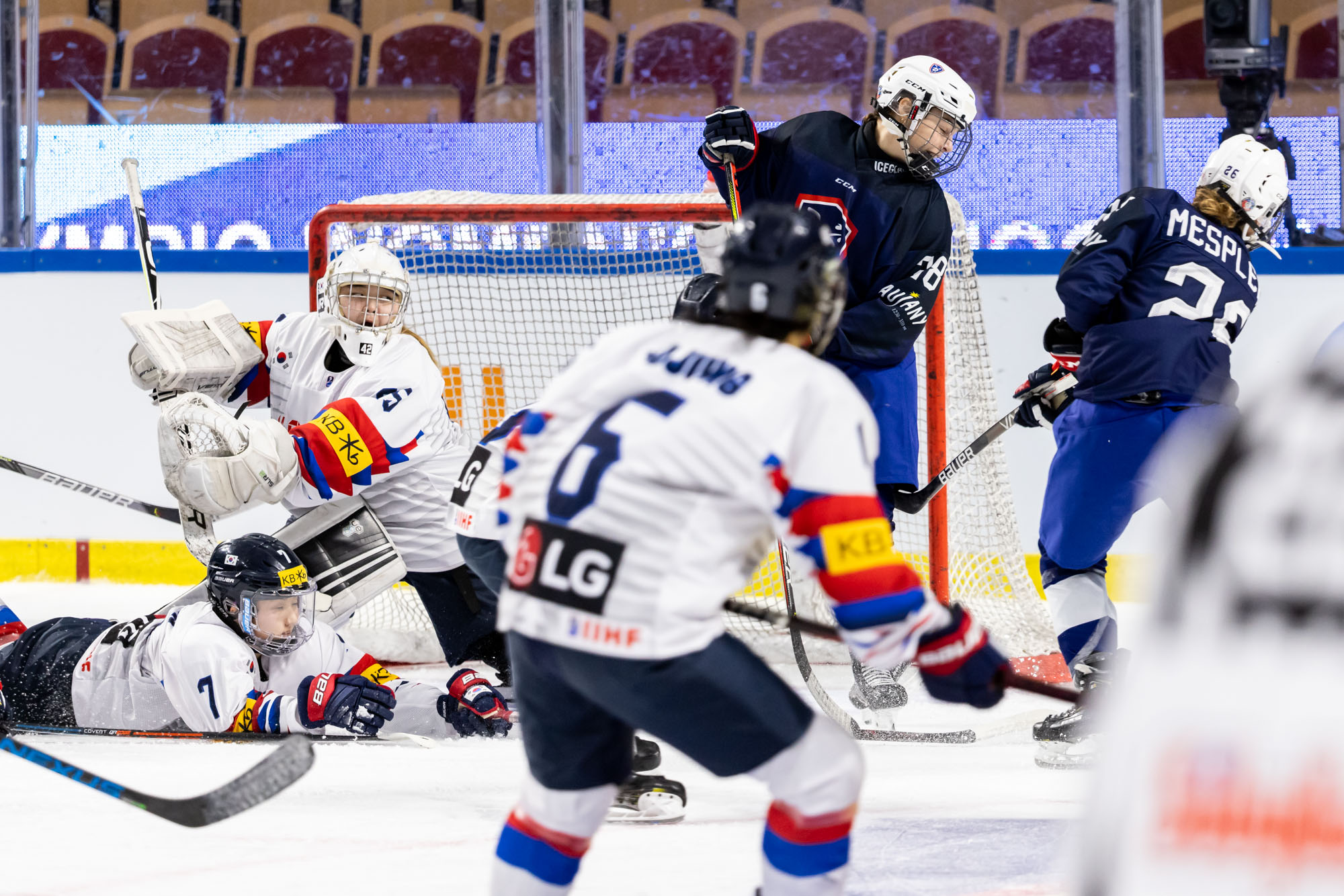 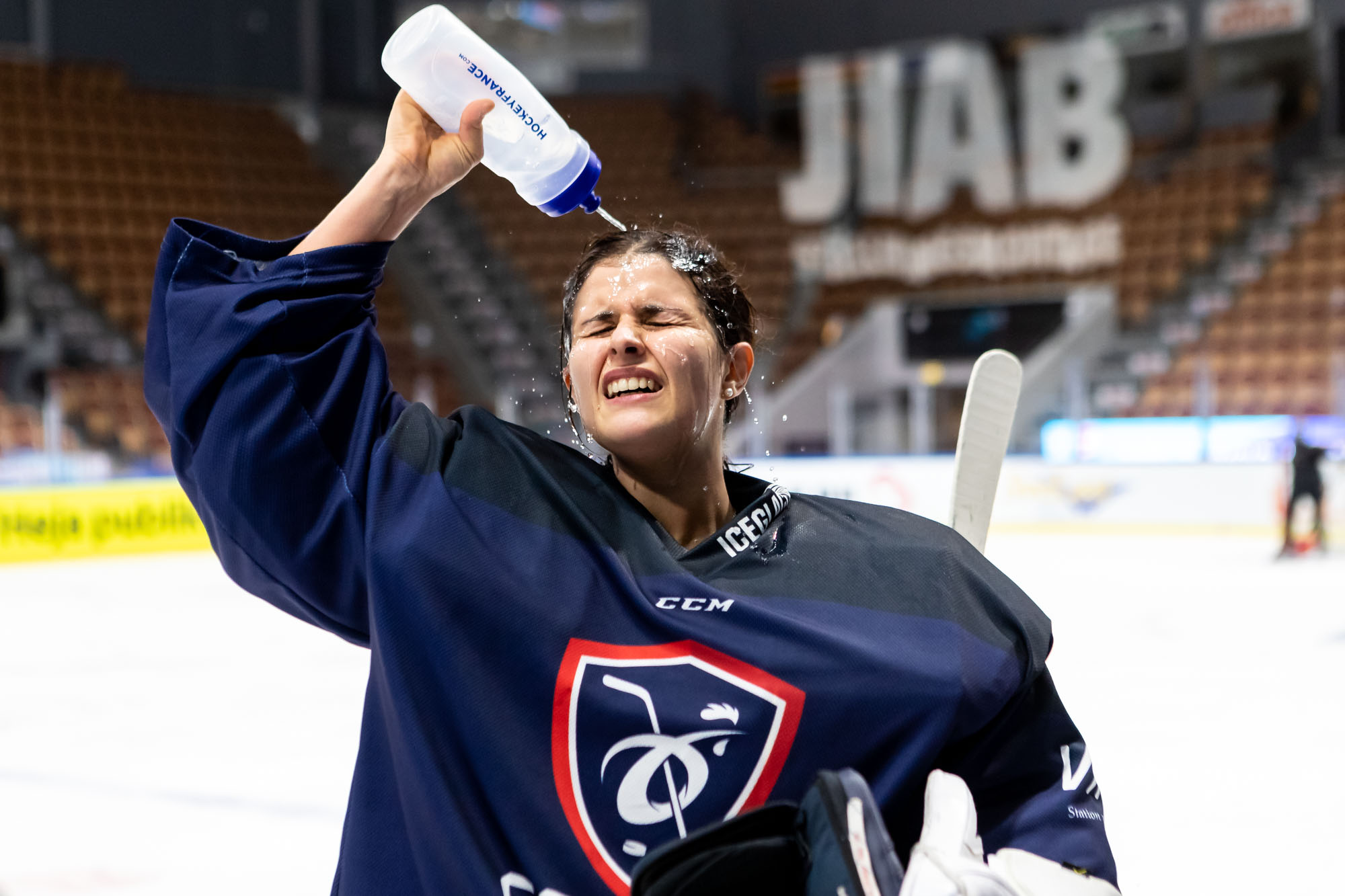 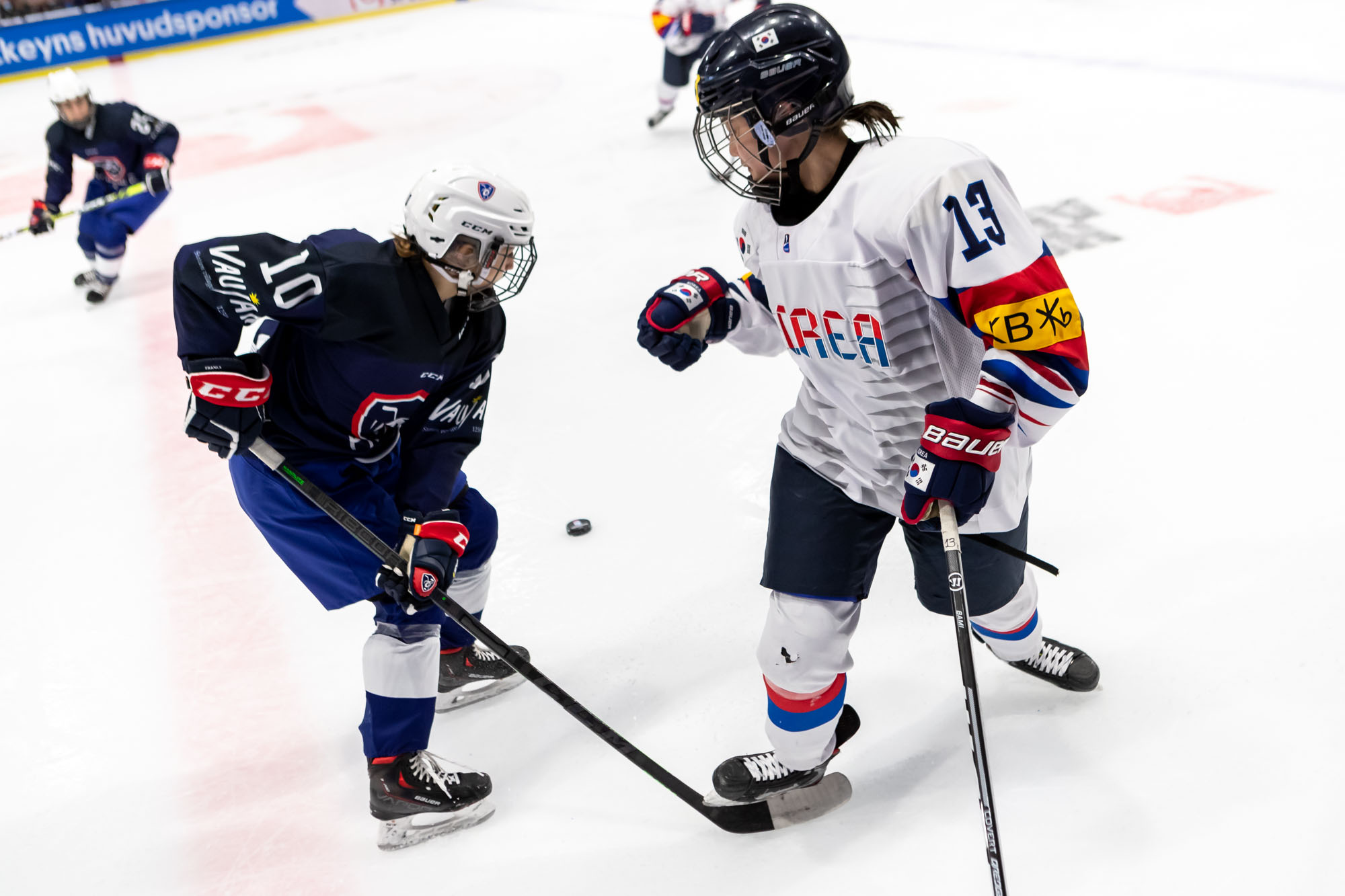 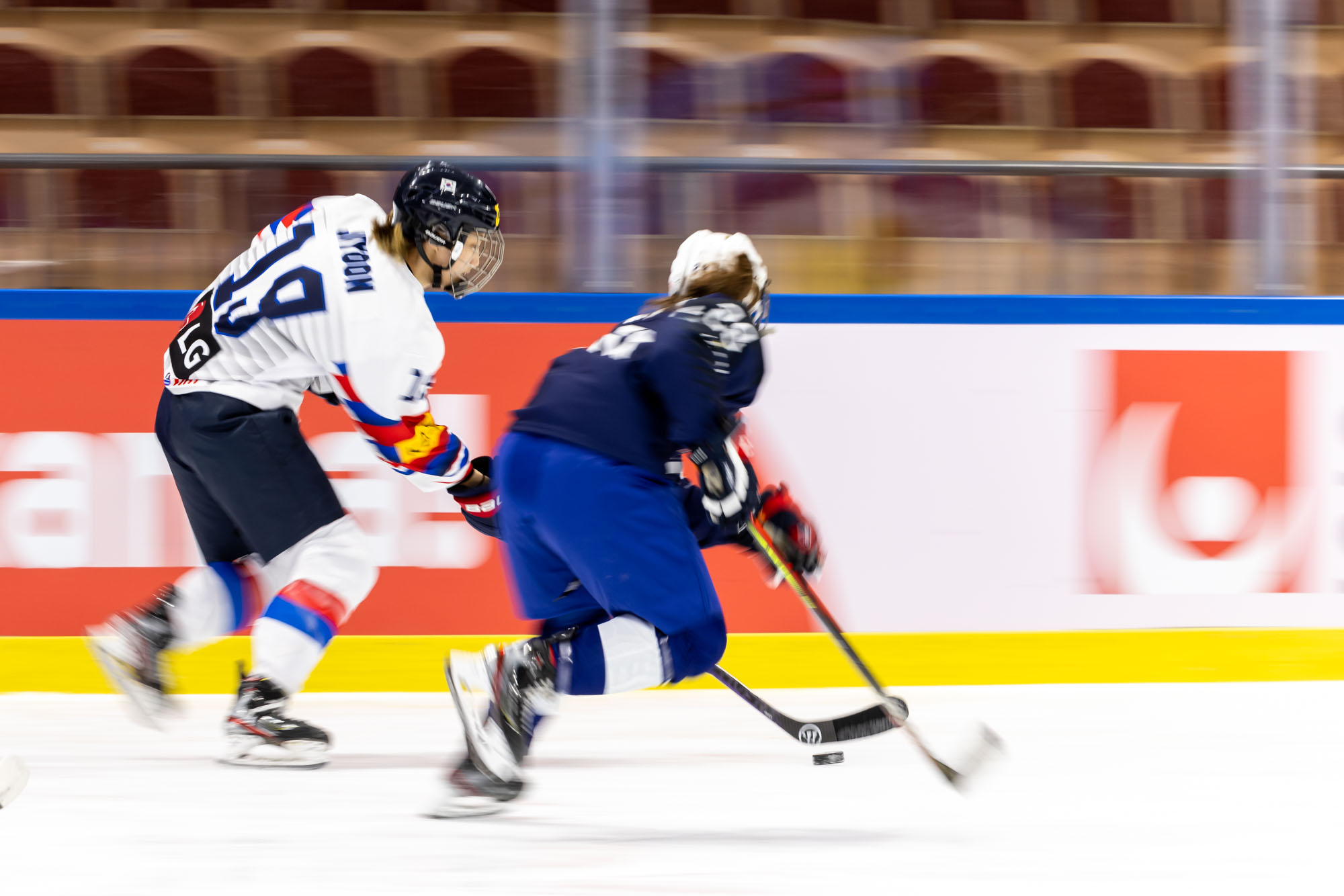 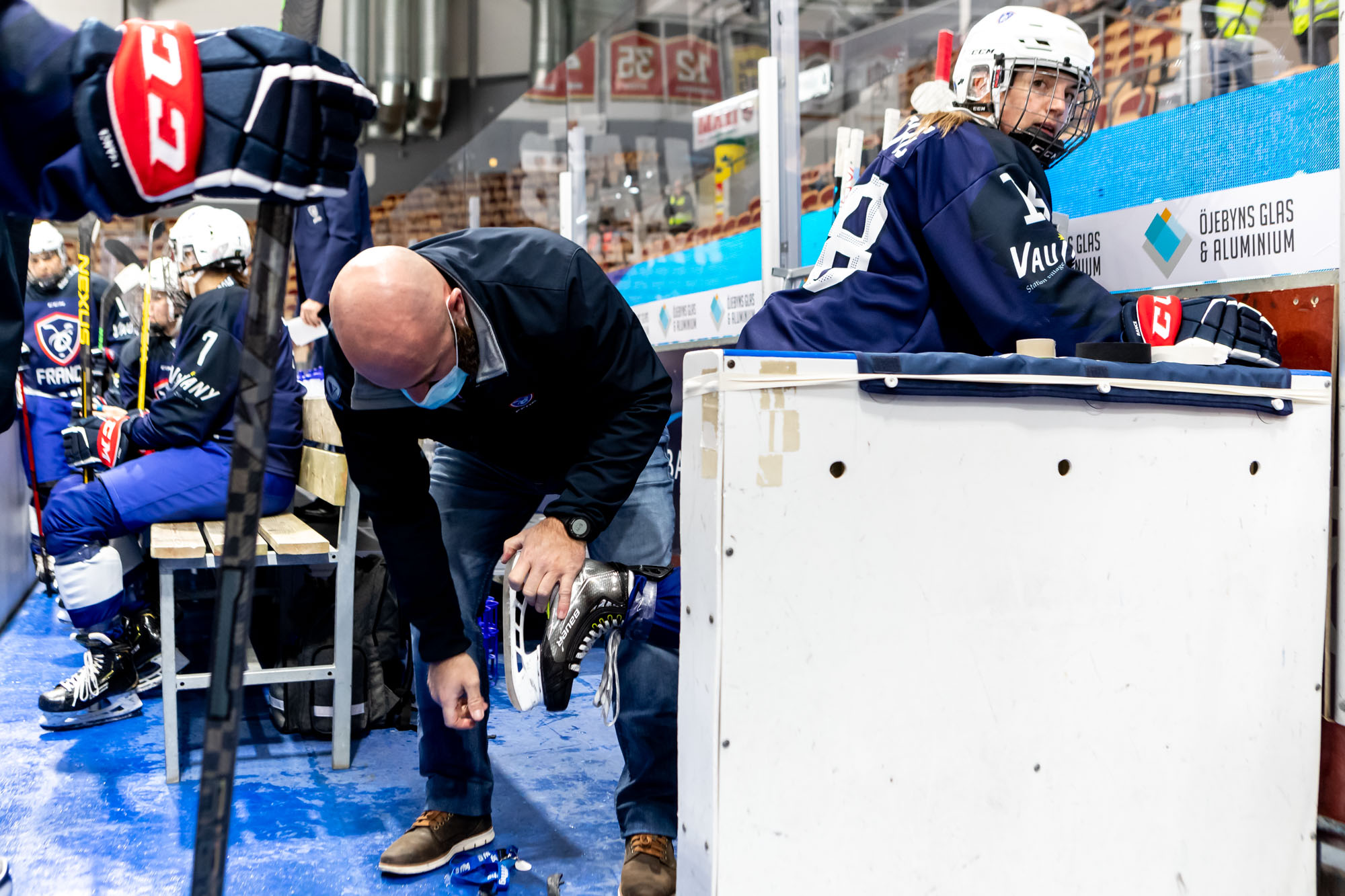 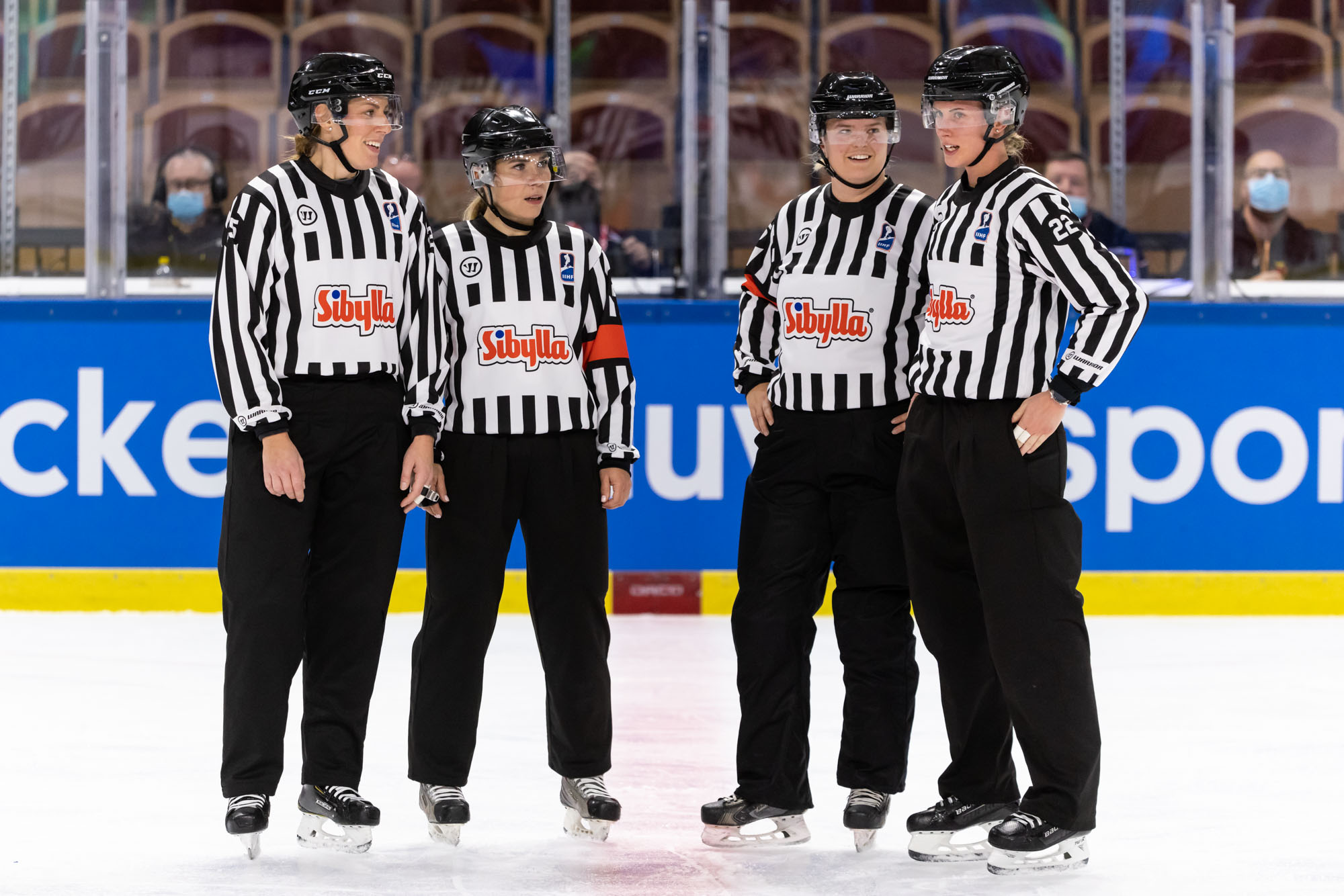 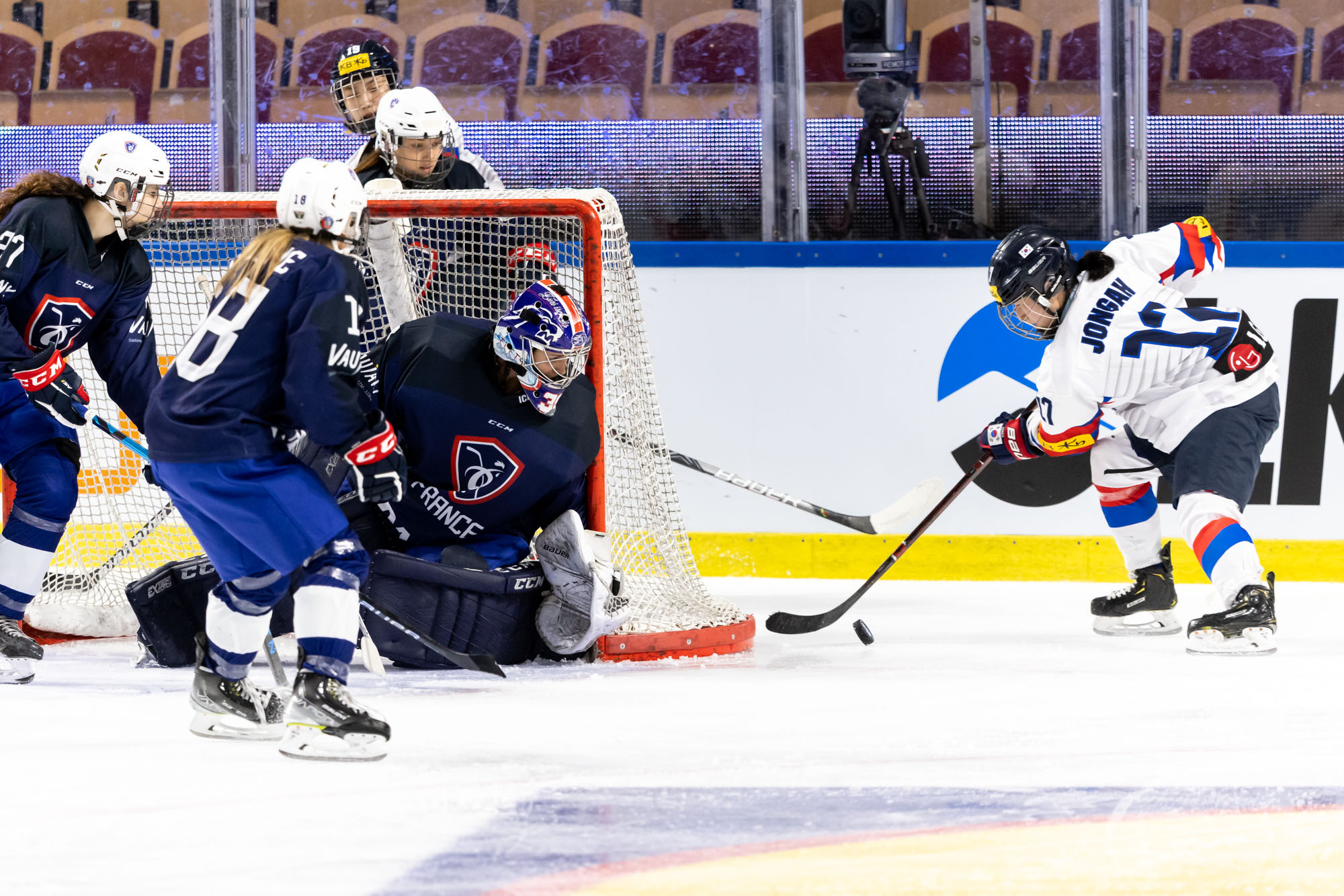 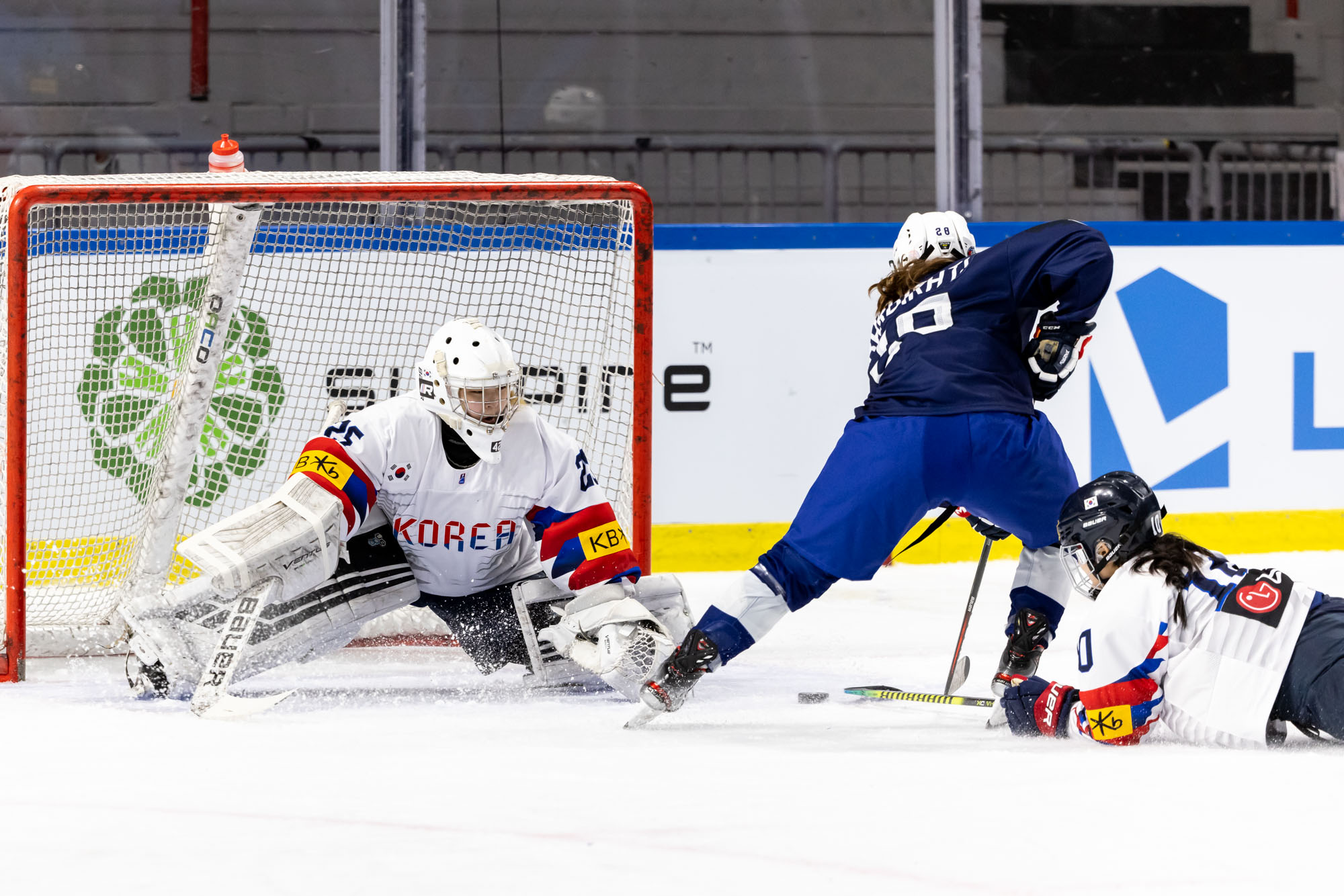 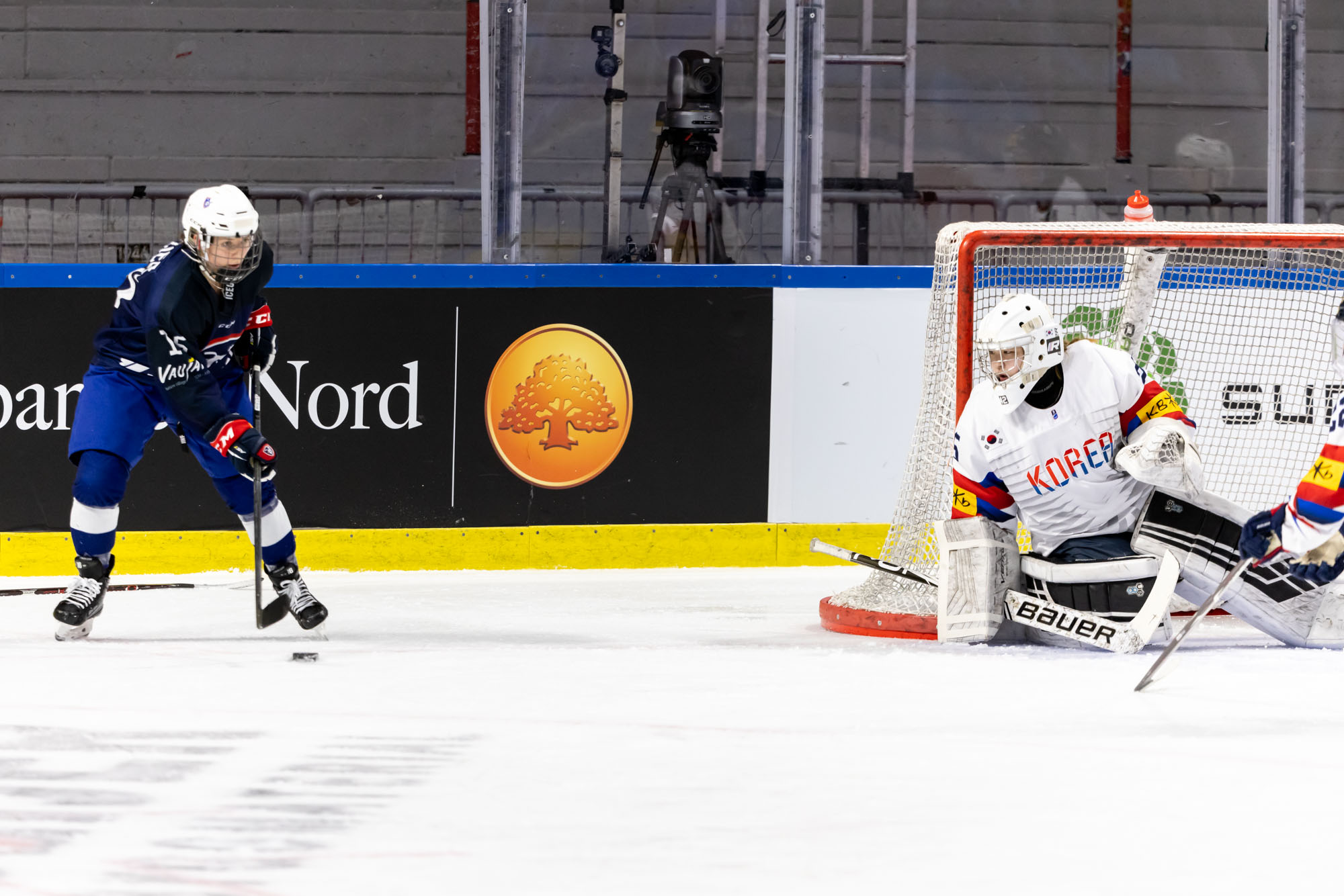 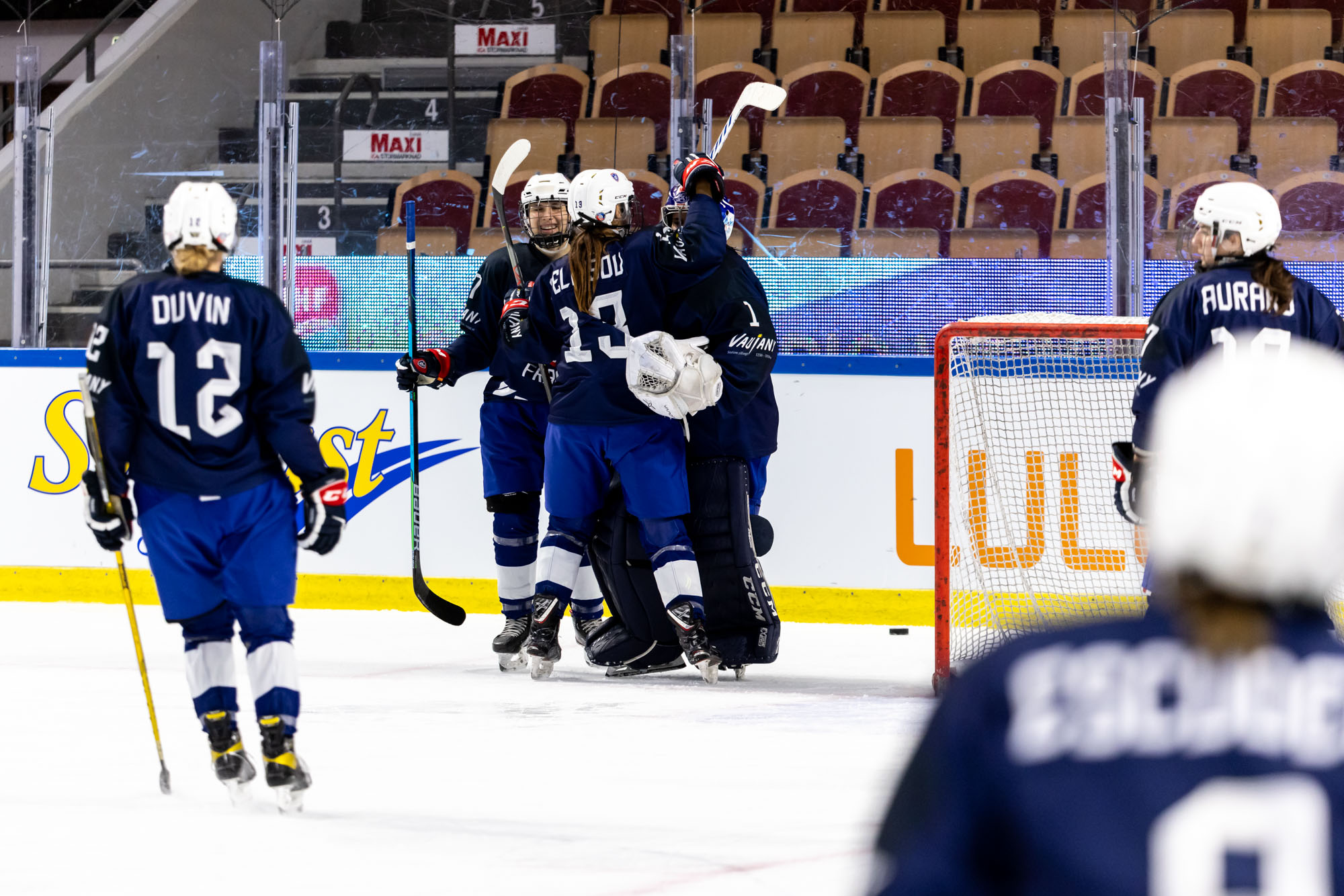 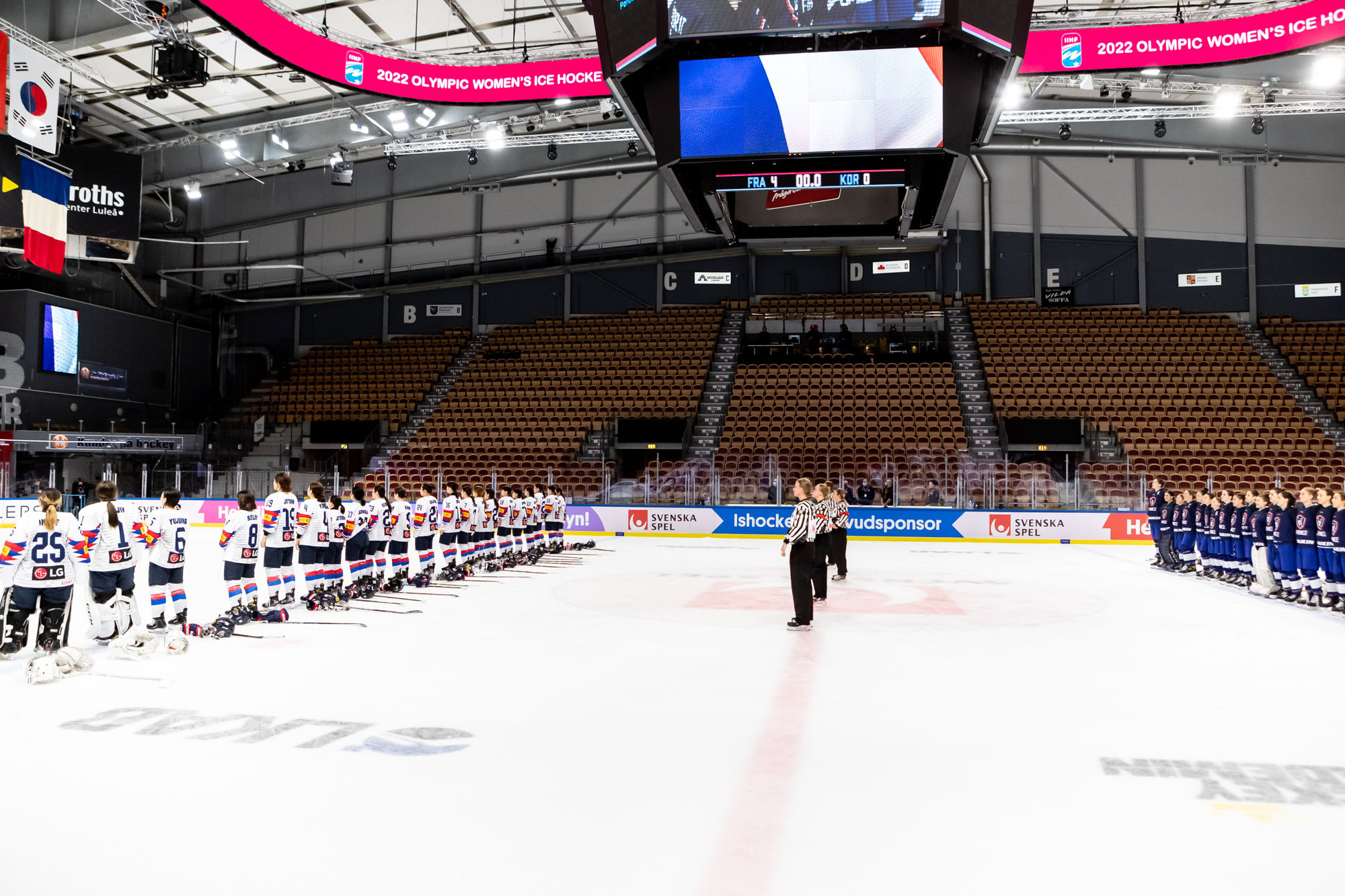