Similar like yesterday Arlan had a fast start and a 4-0 lead after only 12 minutes of play. Shots on goal were 16-3 in the first period.

Five minutes Gomel was able to withstand the pressure before the team’s scoring leader in the championship, Ivan Kiselyov, opened the scoring. He skated through the Gomel defence with surprisingly little resistance, was able to move straight to the net and beat Roman Bobariko for the opening marker. Less than three minutes later Dmitri Potaichuk scored after a pass from behind the net from Konstantin Savenkov.

That already ended the game for Bobariko, who was replaced by Alexei Merzlov. However, Merzlov had to conceal his first goal already two minutes later. Vadim Berdnikov scored the third goal and Alexei Antsiferov made it 4-0 another two minutes later.

“We went onto the ice just to play and win the game. The tournament is very short. Every game is very important in this tournament. For a coach it’s enough to win by one or two goals but the players scored a lot of goals,” said Arlan Kokshetau head coach Vladimir Kapulovski.
IIHF
Arlan Kokshetau vs. HK Gomel - 2019 IIHF Continental Cup Final
Second day, second win for Arlan Kokshetau. The Kazakh champion dominated Belarusian representative HK Gomel from the first to the last minute and won 8-2.
KAZ BLR 12 JAN 2019
After the rest of the period and the first five minutes of the middle frame had remained scoreless, the team from Kazakhstan continued the goal galore at 5:03. Kiselyov took the attention of several opponents in front of the crease and after two passes Potaichuk was free to score the 5-0 goal – his second of the day.

102 seconds later Arlan Kokshetau was awarded a penalty shot when Yegor Rublyov held an opponent on his way to the net. Anton Petrov converted the shot.

At 10:35 and with its second power play of the game, Anton Tochilkin finally brought Gomel on the scoreboard. He skated through all zones, deked Anton Kazantsev close to the net and then spoiled Mikhail Demidov’s shutout attempt with the 6-1 marker. But with 2:27 left Alexander Nestorov restored the six-goal lead after receiving a diagonal pass from the corner.

The teams exchanged a goal each in the third period. At 9:00 Stanislav Borovikov sent the puck back from behind the net after a rebound and it went into the net via goalie Merzlov. With 4.2 seconds left on the game clock Yevgeni Solomonov scored after side pass from Pavel Musienko.

HK Gomel remains in last place but will get another chance to win a game against GKS Katowice on Sunday afternoon. Arlan Kokshetau will play for the title against the Belfast Giants in the evening game.
Arlan Kokshetau vs. HK Gomel (2019 IIHF CC) 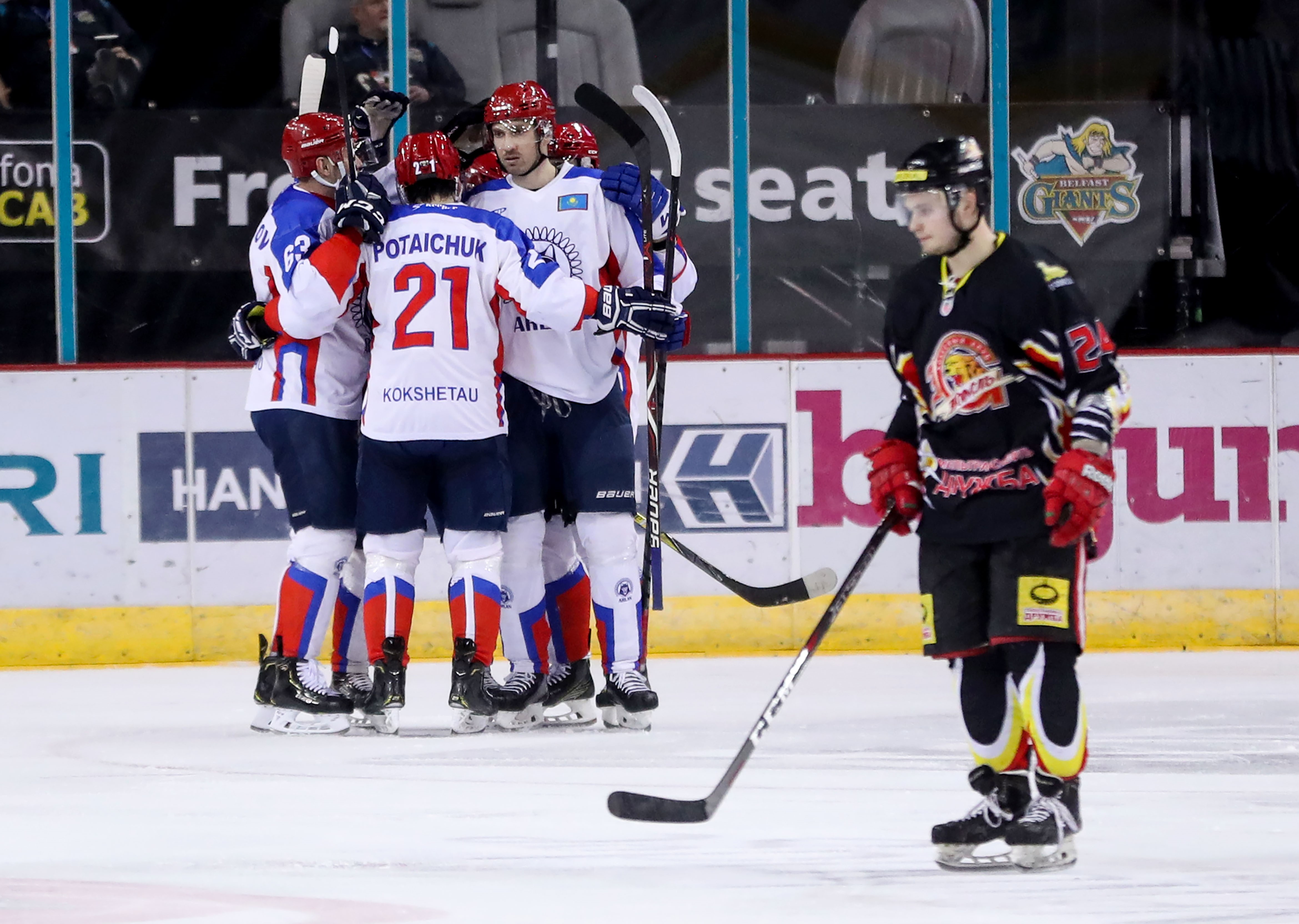 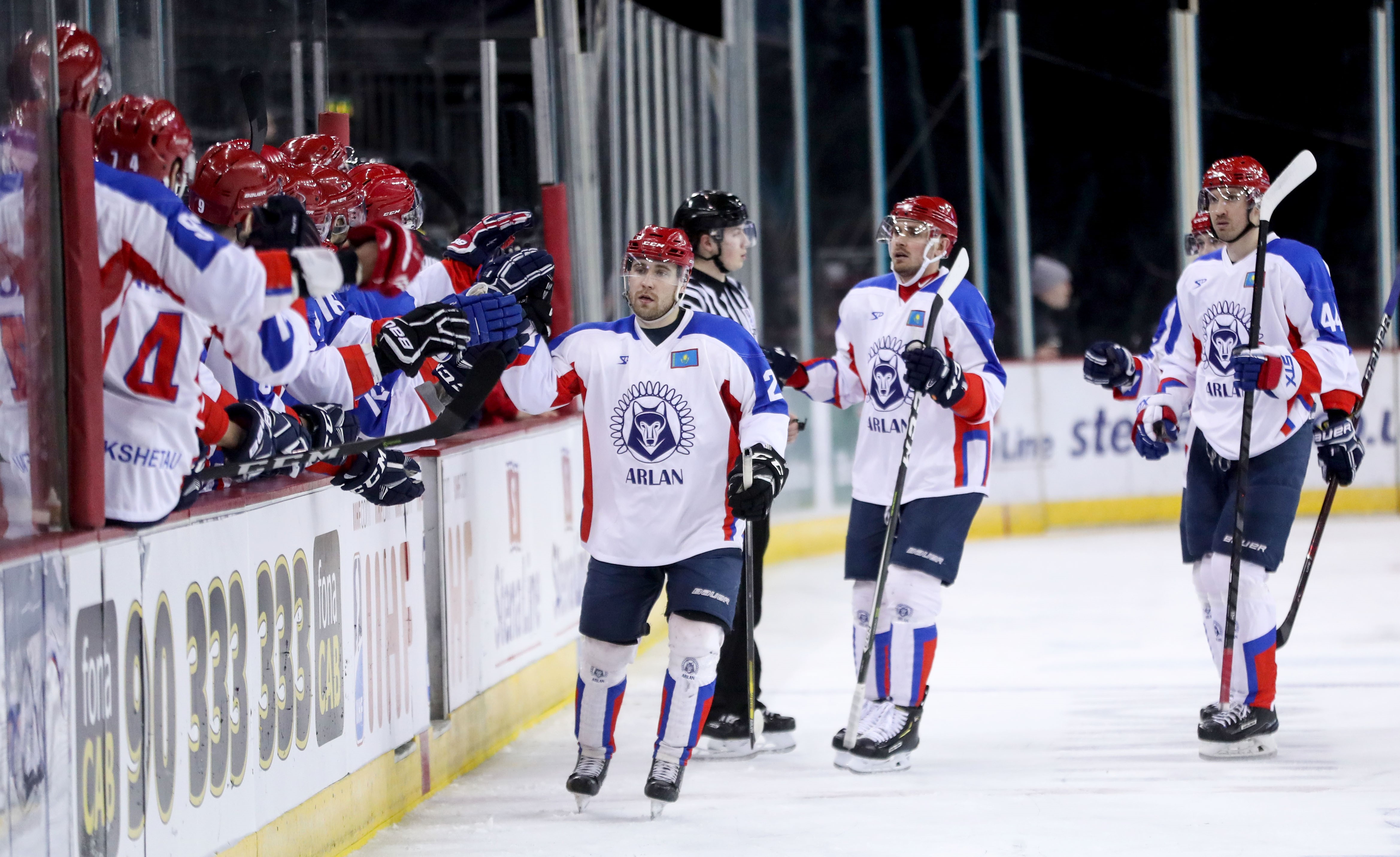 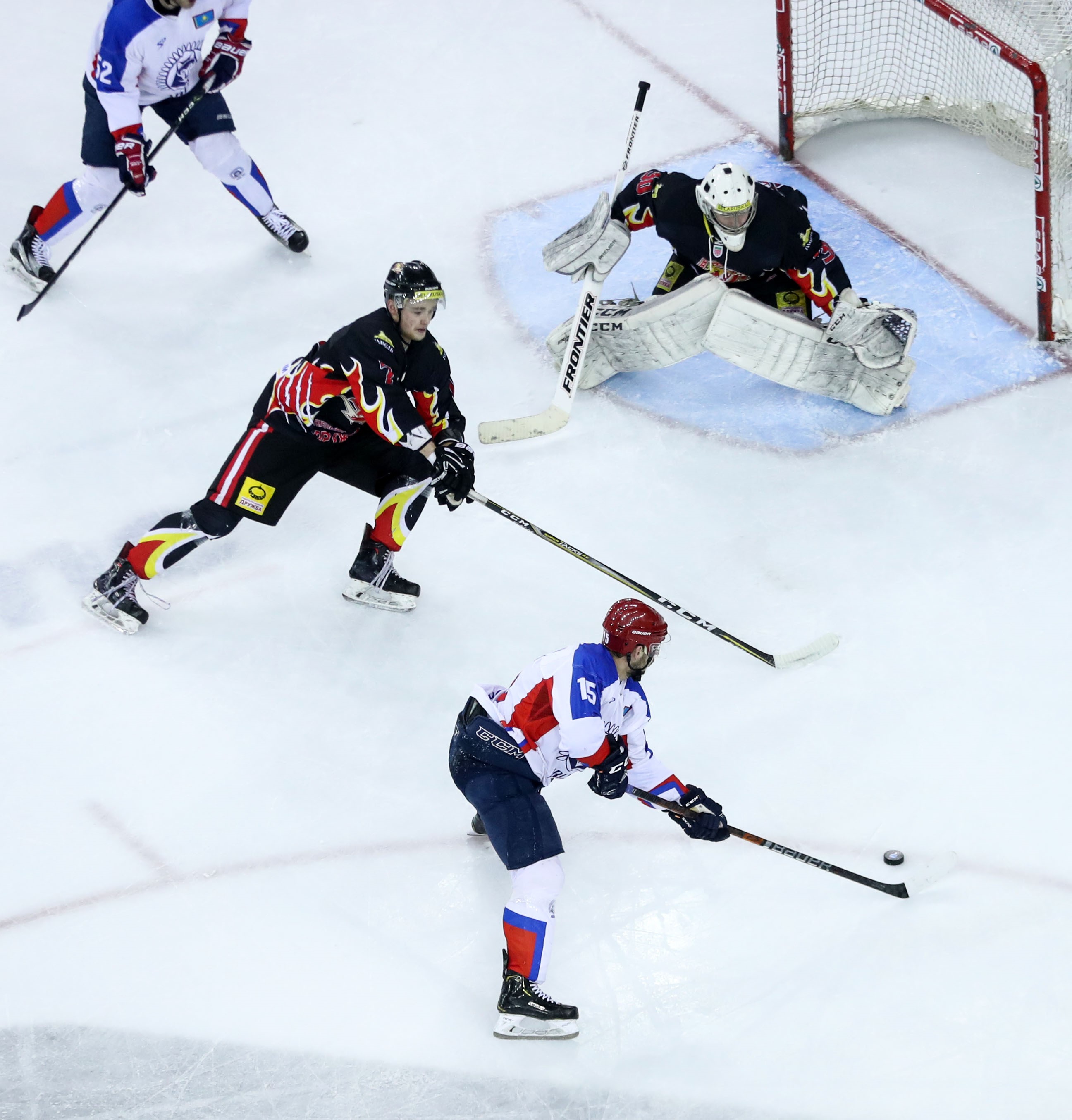 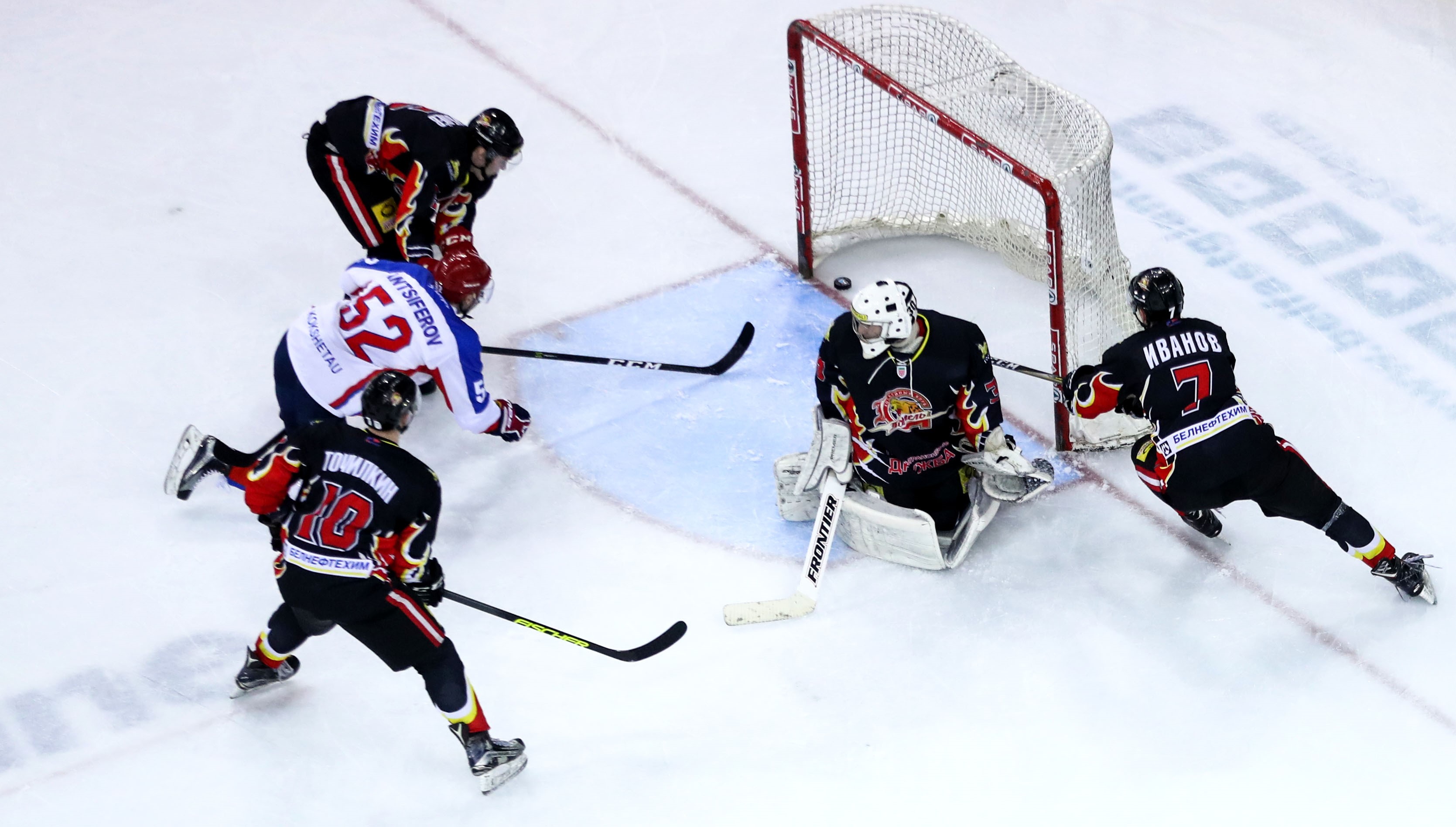 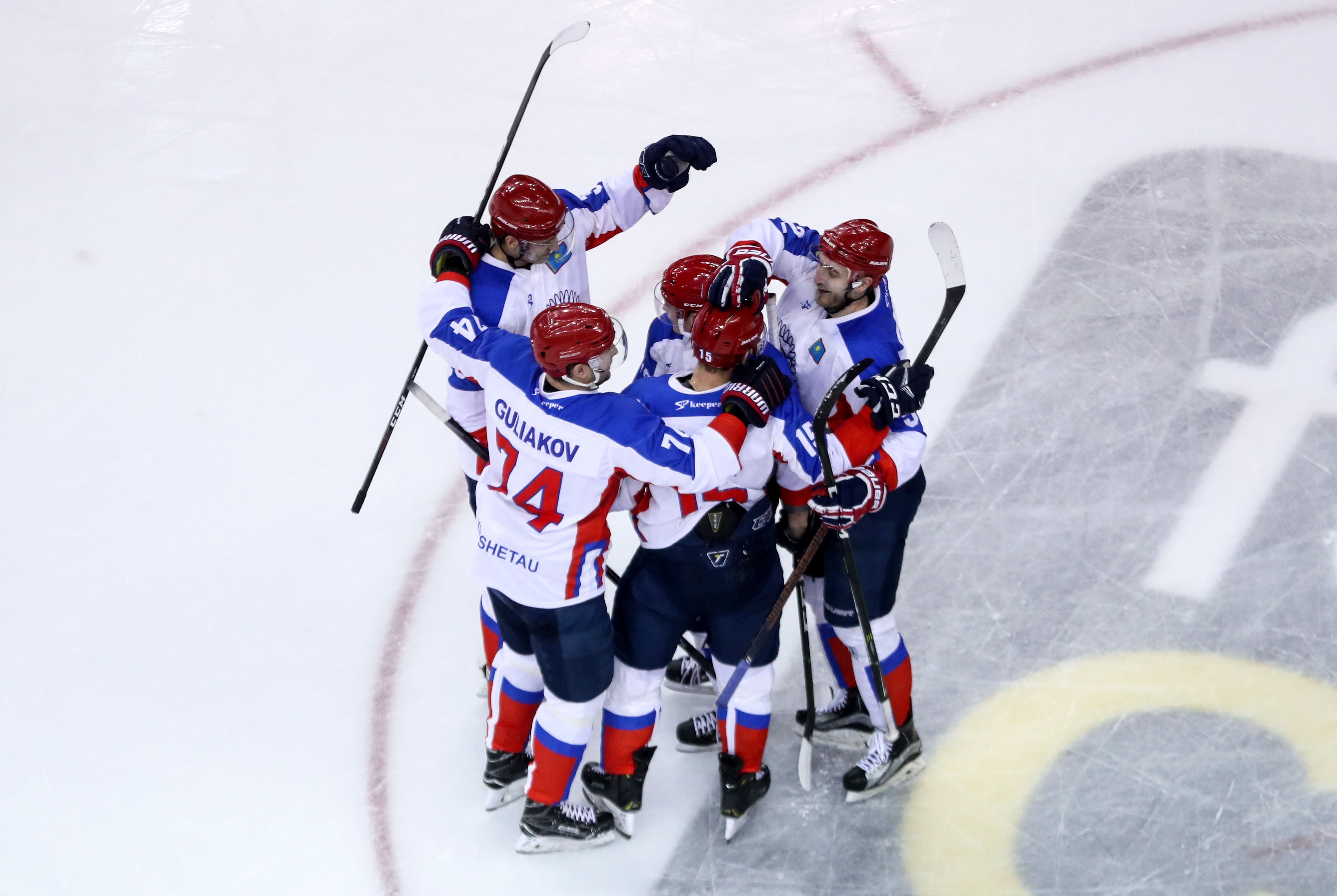 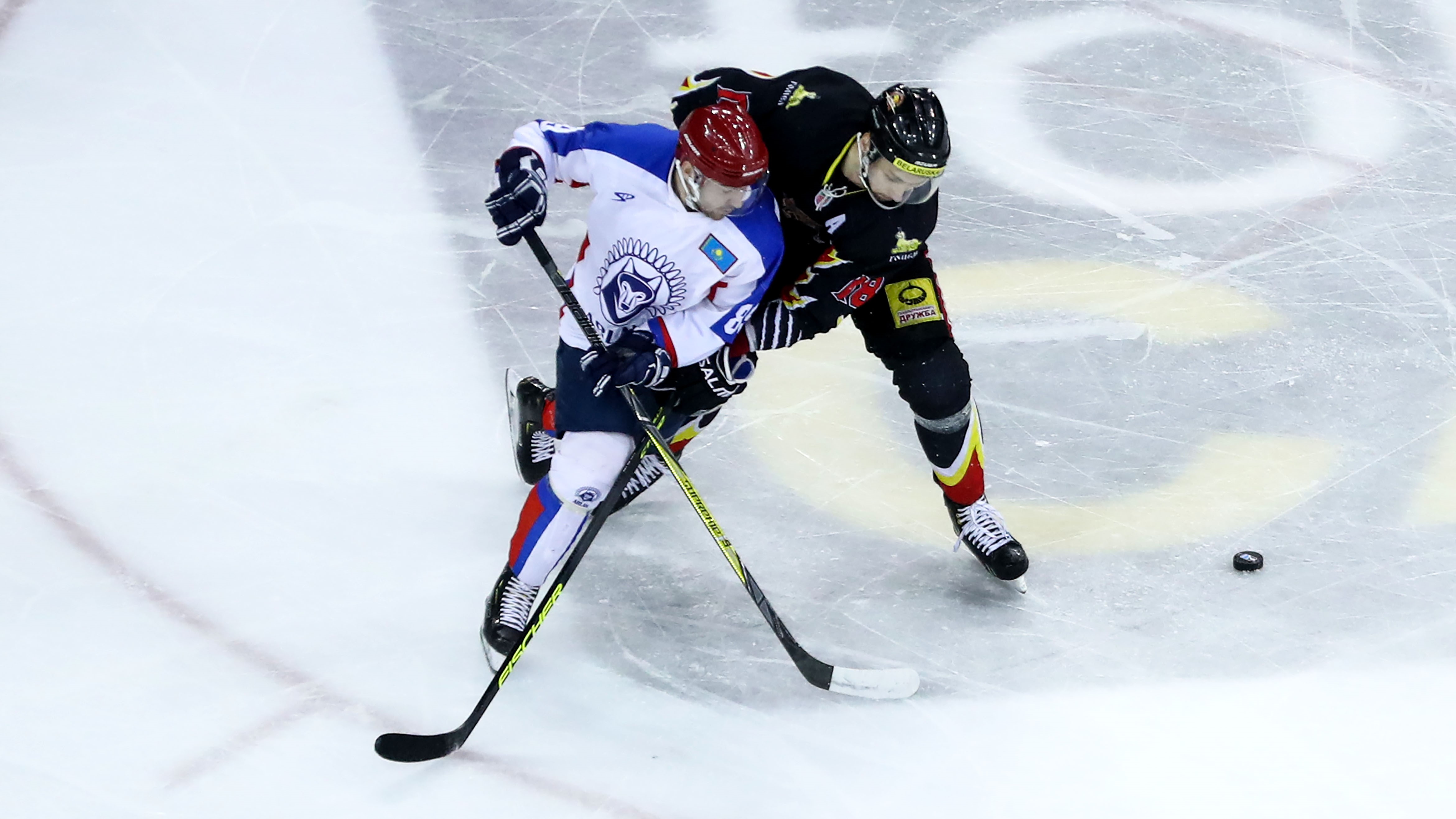 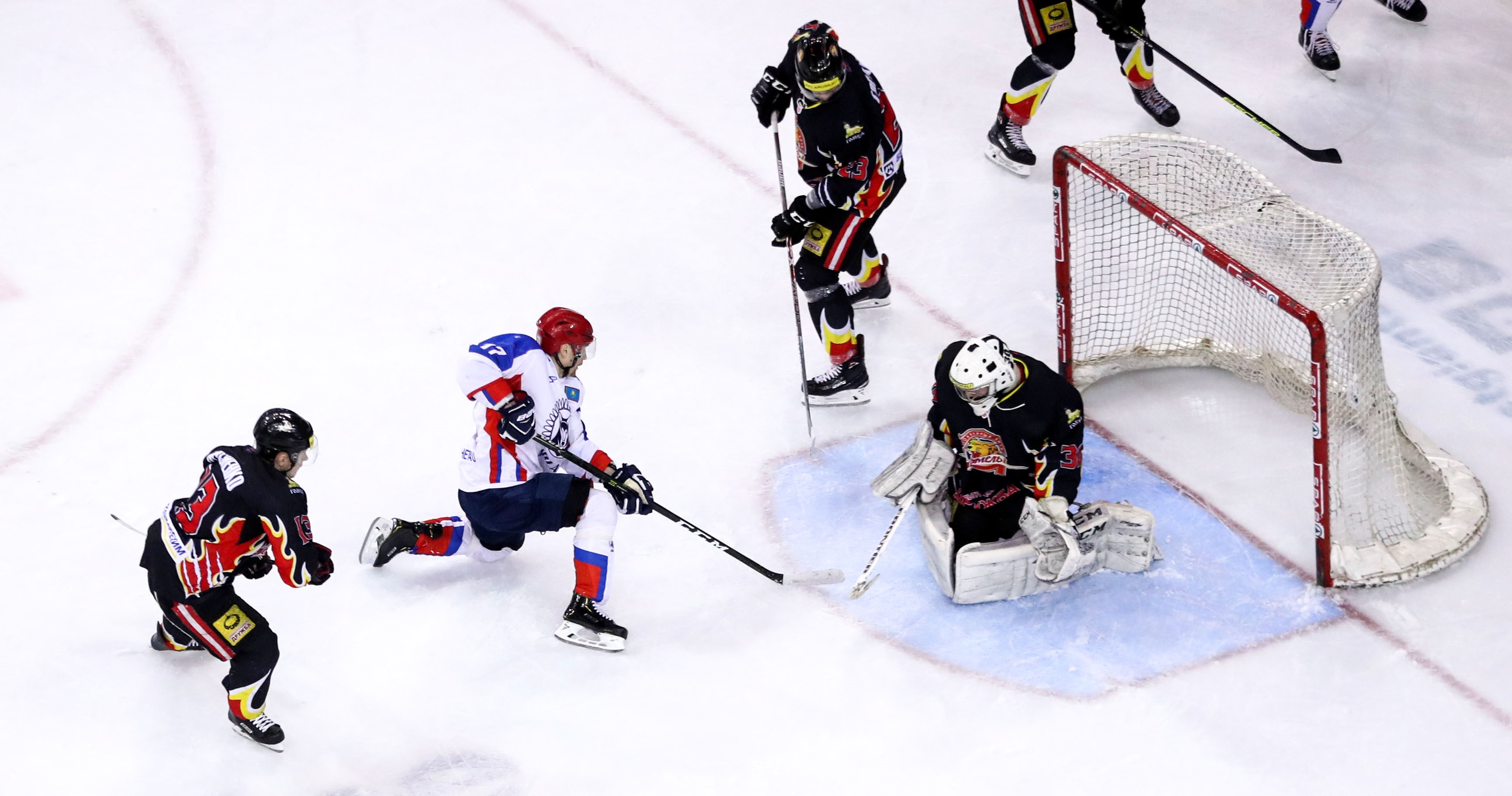 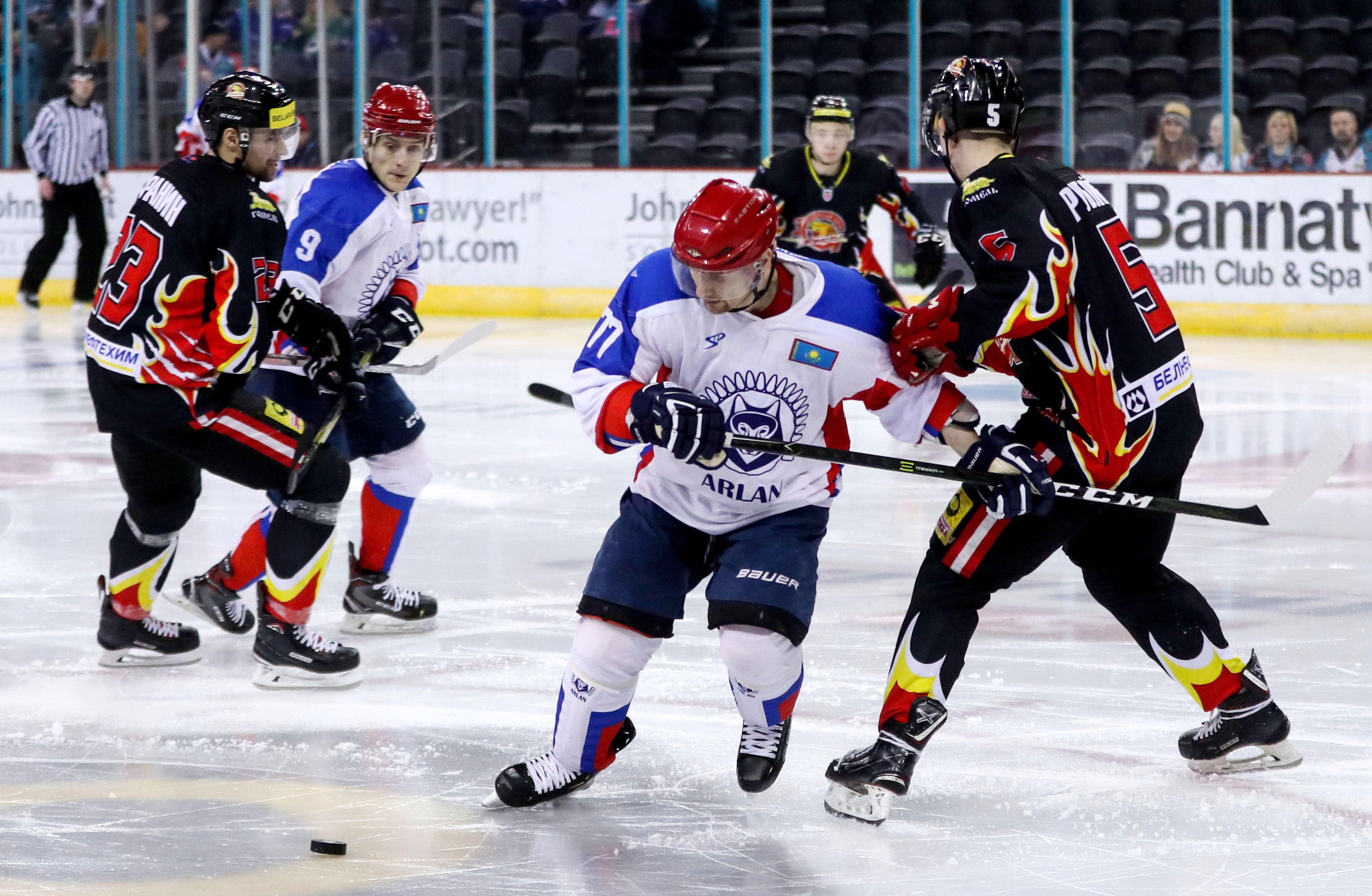 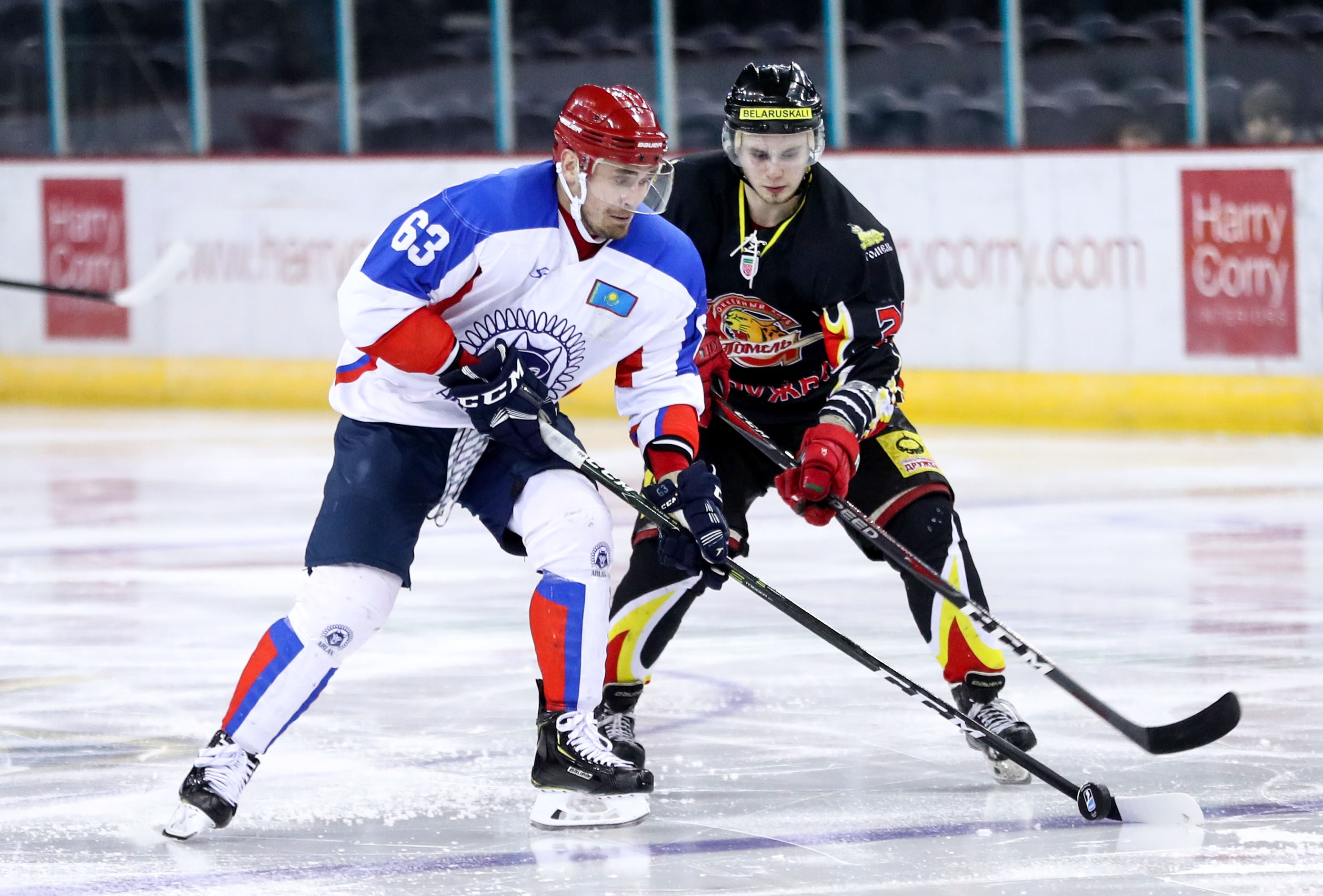 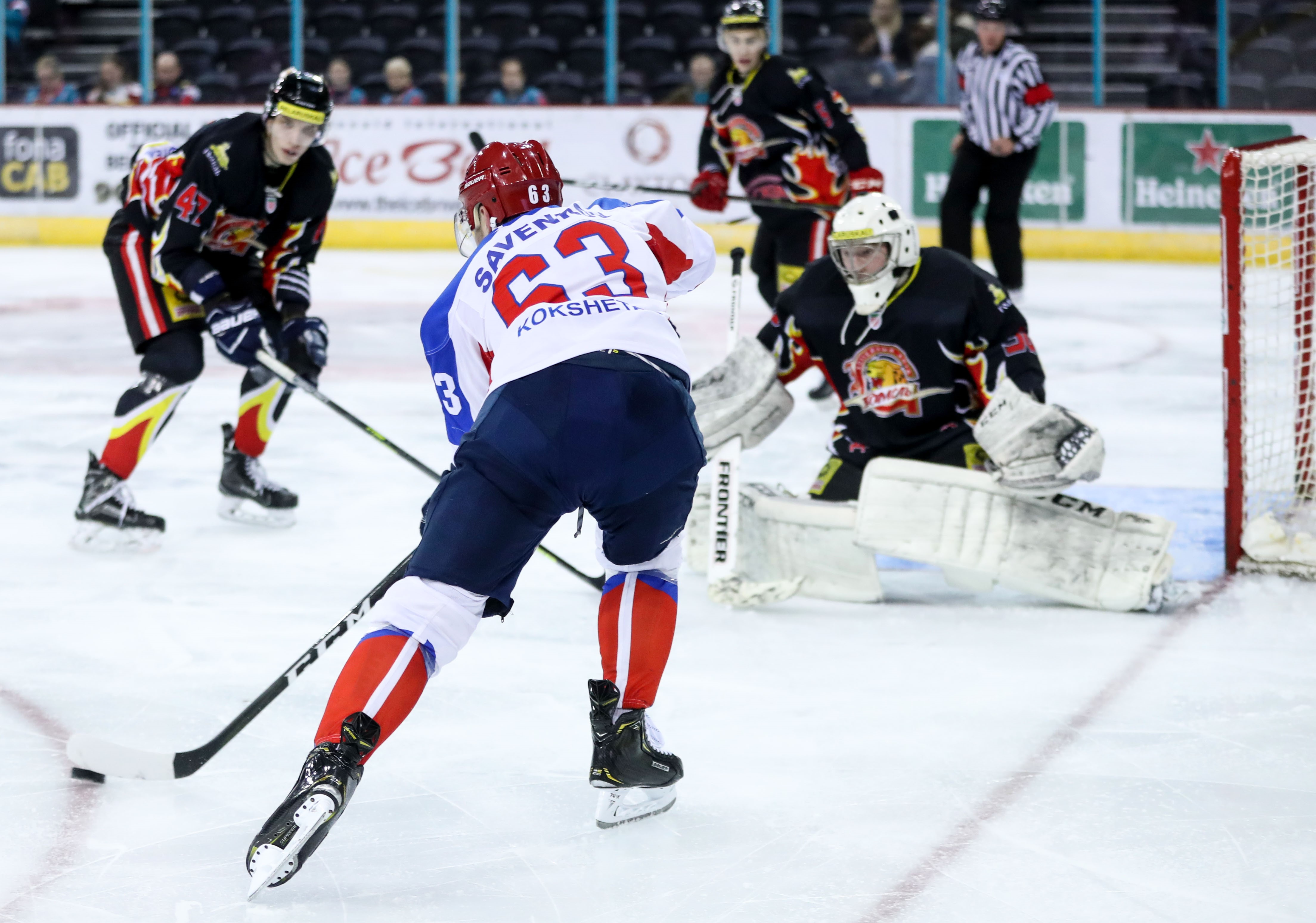 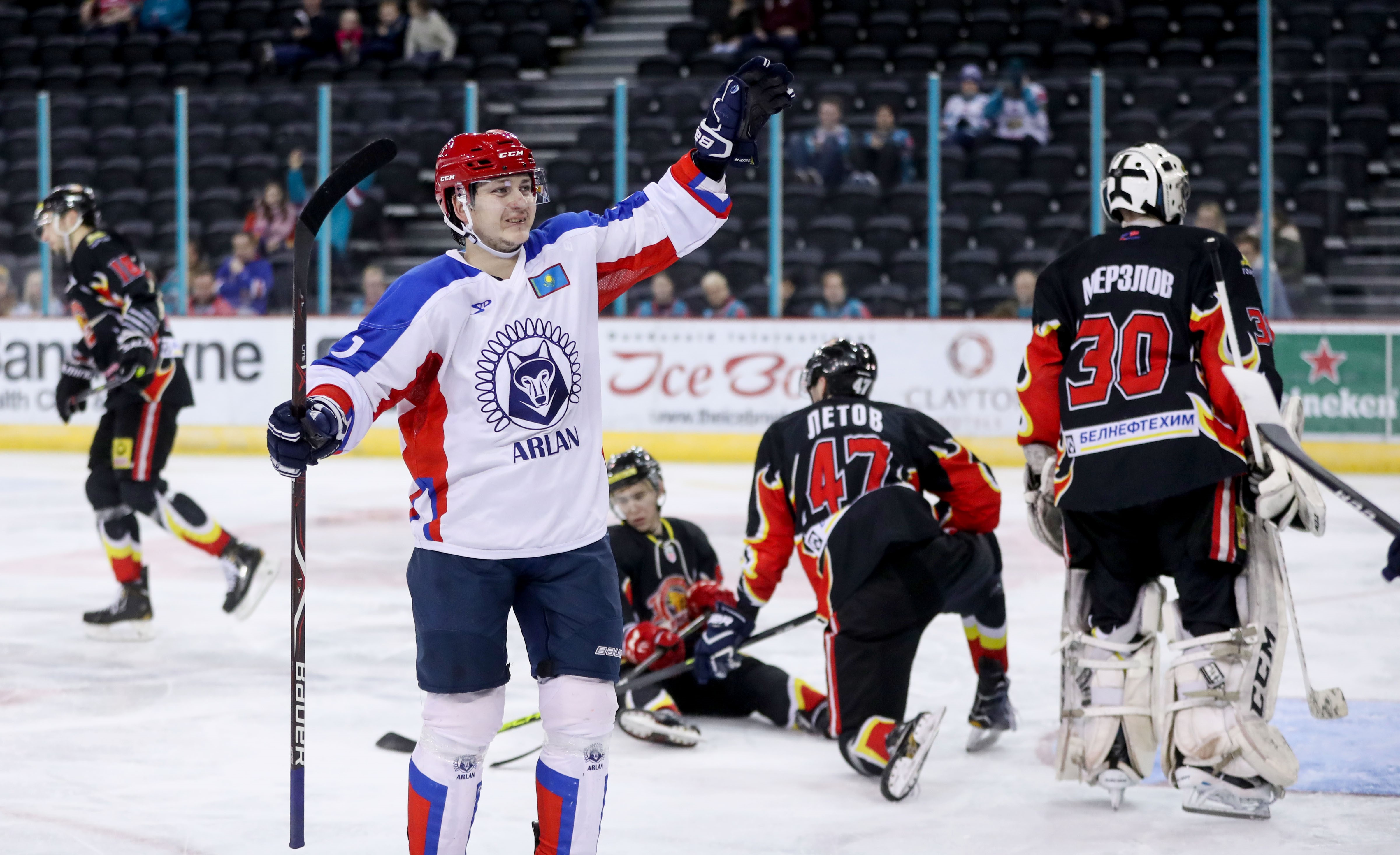 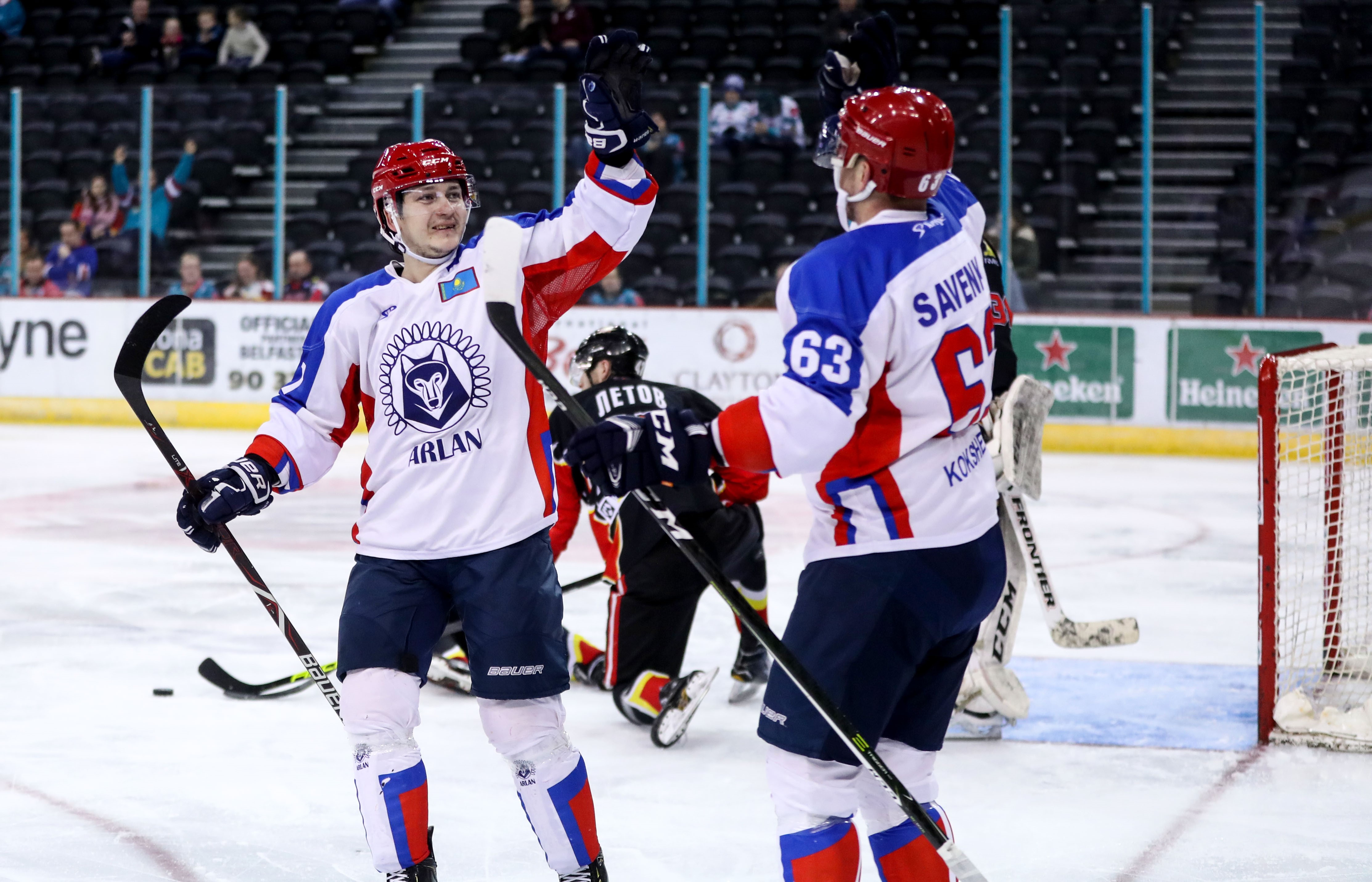 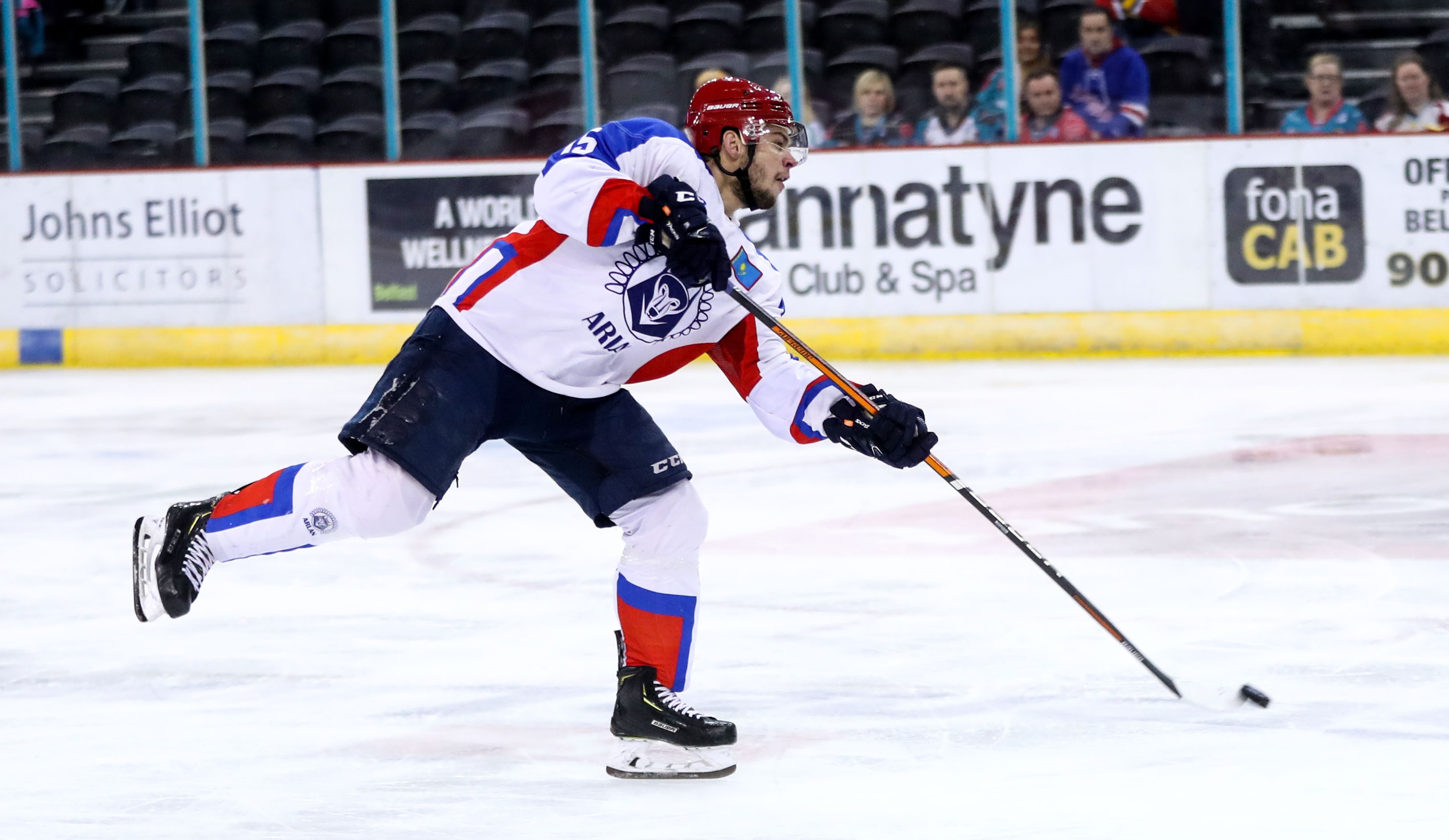 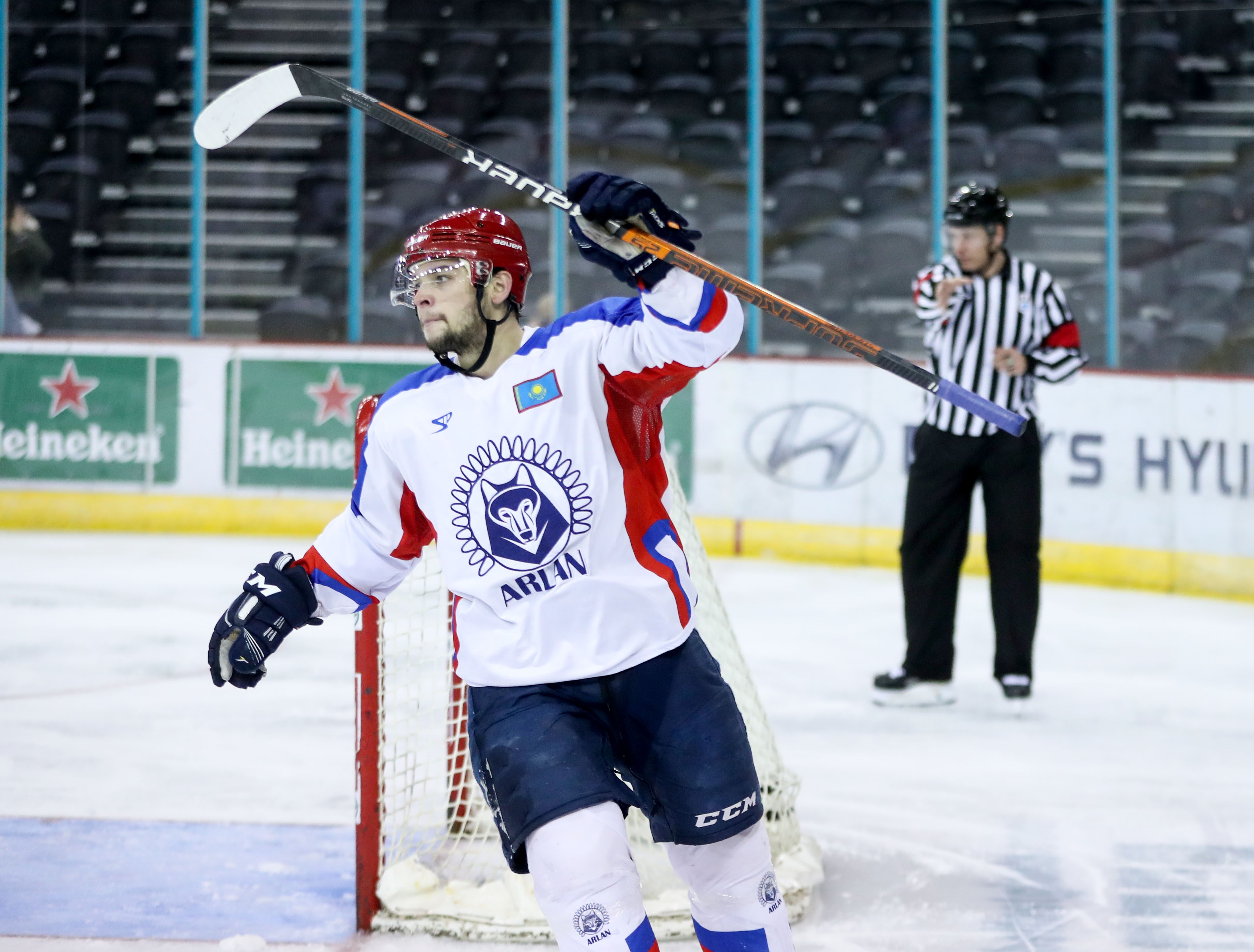 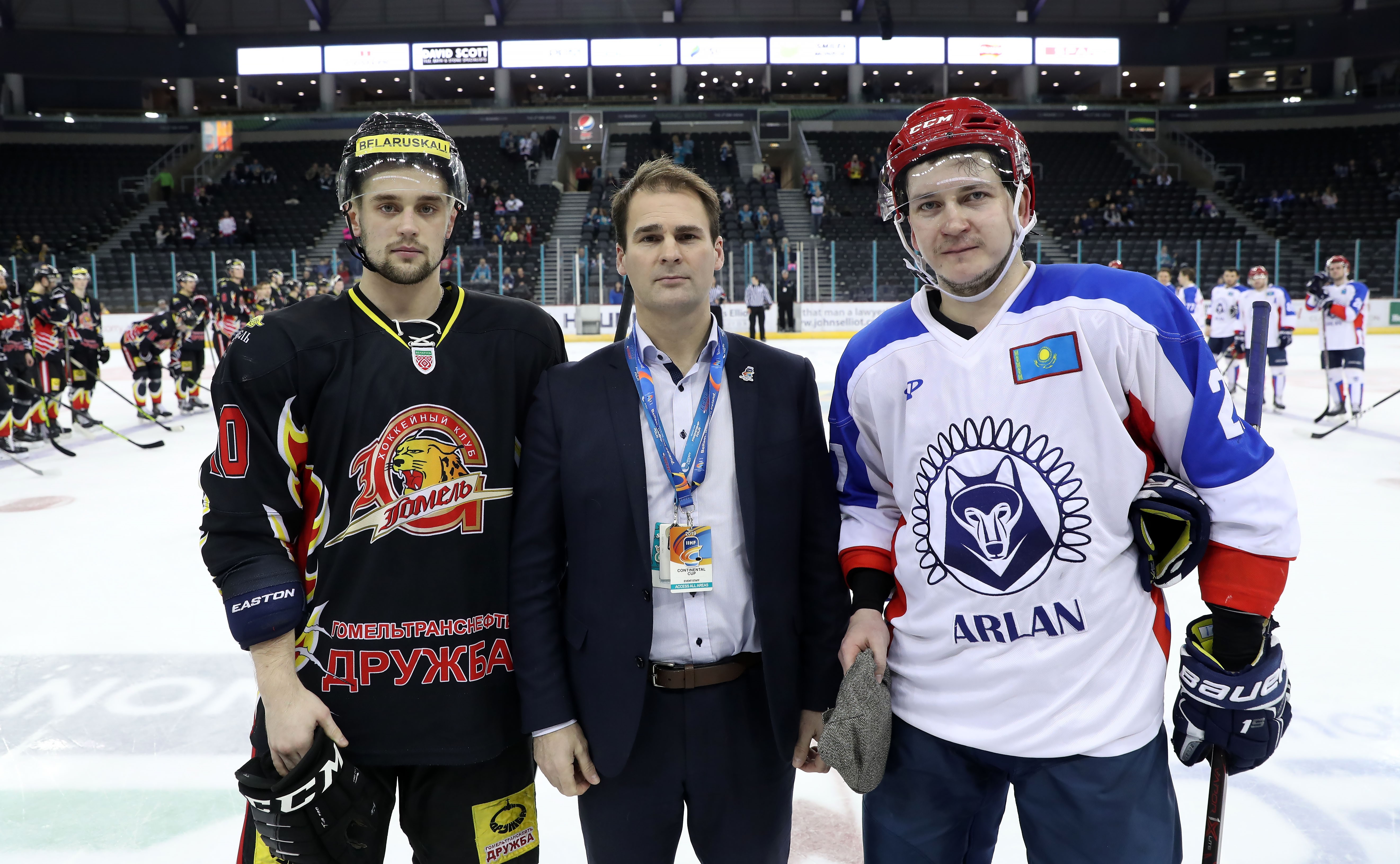 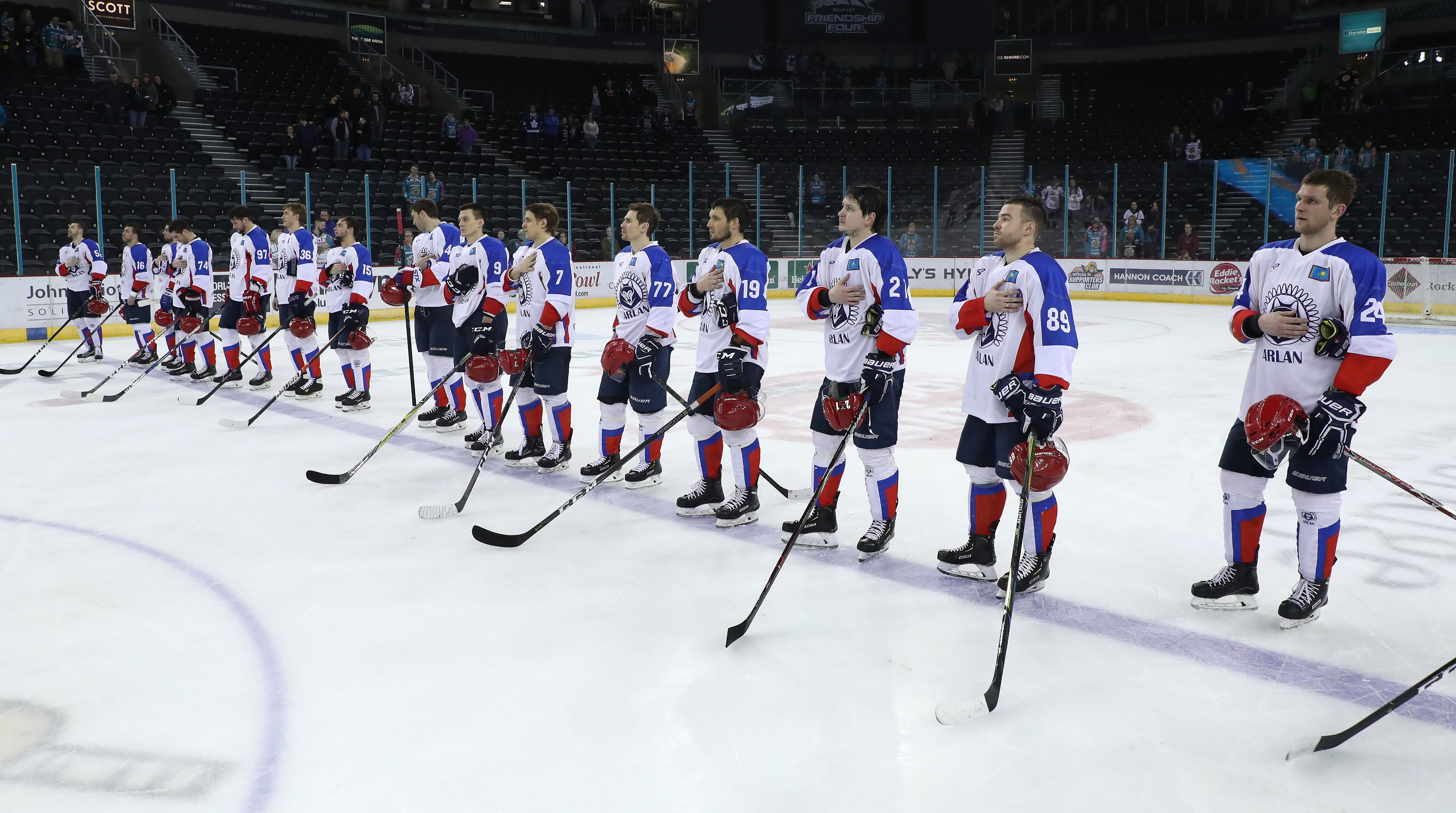 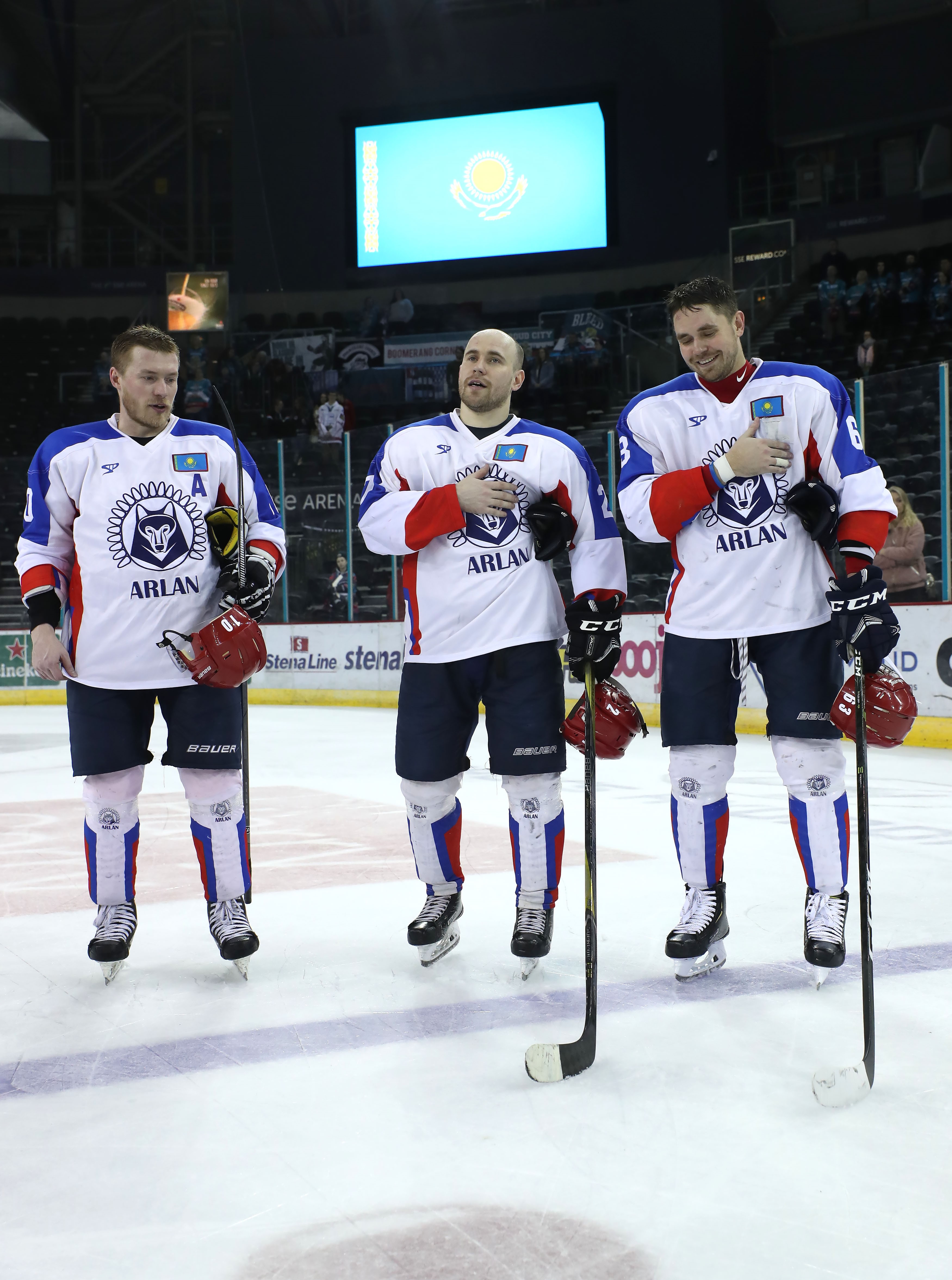