Giants set up grand final
Darcy Murphy celebrates one of his two goals for the Belfast Giants against GKS Katowice.
photo: William Cherry
share
It will be a winner-takes-it-all game for the IIHF Continental Cup tomorrow at 17:00 (GMT) between host Belfast Giants and Kazakh champion Arlan Kokshetau. Same as Arlan earlier today the Giants also won their second game of the final tournament, 4-2 against GKS Katowice.

26-year-old Canadian forward Darcy Murphy scored the first two Giants goals of the game but Katowice found back into the game and tied it twice. Curtis Leonard scored the game-winning goal 15 seconds into the third period.

“It was a couple of nice bounces. It’s nice to play with two linemates who are great players. We found the open space and were lucky enough with good bounces,” Murphy said.

“They’re a great team, they skate well, they pushed the pace. It’s not great to let in a goal with few seconds left in the second period but fortunately enough we regrouped, came in and scored a quick one.”
IIHF
Belfast Giants vs. GKS Katowice - 2019 IIHF Continental Cup Final
It will be a winner-takes-it-all game for the IIHF Continental Cup tomorrow at 17:00 (GMT) between host Belfast Giants and Kazakh champion Arlan Kokshetau. Same as Arlan earlier today the Giants also won their second game of the final tournament, 4-2 against GKS Katowice.
GBR POL 12 JAN 2019
The game started intense with chances on both sides. Belfast had more shots from the beginning but Katowice had a power play when Giants defenceman Mark Garside hit an opposing player without the puck. After some passes Dusan Devecka got the puck on the right side in front of the empty net but Giants goalie Tyler Beskorowany made a big save. The game could have gone in a different direction but instead it was the Giants’ turn once the penalty had expired.

The teams exchanged scoring chances and power plays and when the Giants pushed harder in front of the net hey were rewarded. Murphy succeeded with a takeaway attempt against Mikolaj Lopuski. His shot went through traffic and slightly deflected into the net to open the scoring with 2:53 left in the opening frame.

GKS Katowice erased the deficit at the start of the second period. After just 14 seconds Lopuski sent a centring pass to Bartosz Fraszko, who beat Beskorowany through his five-hole. But midway the period Murphy scored his second goal of the night to regain the lead for the Giants. He capitalized on a rebound after a long shot from David Rutherford.

However, with just 9.6 seconds left in the period and a Giants penalty killed off, Janne Laakkonen got the puck close to the net, skated around goalie Beskorowany and beat him with a high wrist shot to the joy of the sizable and loud contingent of Katowice fans at the SSE Arena.

The Giants went into the dressing room frustrated but came back on fire and regained the lead 15 seconds into the third period. Right after the first face-off Leonard brought the puck to Blair Riley, got it back and made it a 3-2 game.

Katowice again had to look for the game-tying goal but a 2+2 penalty for a high stick in the opponent’s face against Jakub Wanacki followed by a minor against Martin Cakajik didn’t help much. With 5-on-3 skaters on the ice the Giants sealed the win with the 4-2 goal with 68 seconds to go in regulation time. Dustin Johner deflected a shot in front of Kevin Lindskoug’s net.

With the Belfast Giants and Arlan Kokshetau as the only undefeated teams the math will be easy. The winner of the game will win the 2019 IIHF Continental Cup when the two squads go head to head on Sunday evening. The Giants could be the second team from the UK to win the Continental Cup while for Kazakhstan it would be a premiere.

“We’ll do video tomorrow. We know they’re a good team, we have to bring our A game if we want to beat them tomorrow,” Murphy said.

“I think we’re going to win. Hopefully we’re going to have a good start and play well defensively. I know we’ll be ready to play. It’s for a trophy.”
Belfast Giants vs. GKS Katowice (2019 IIHF CC) 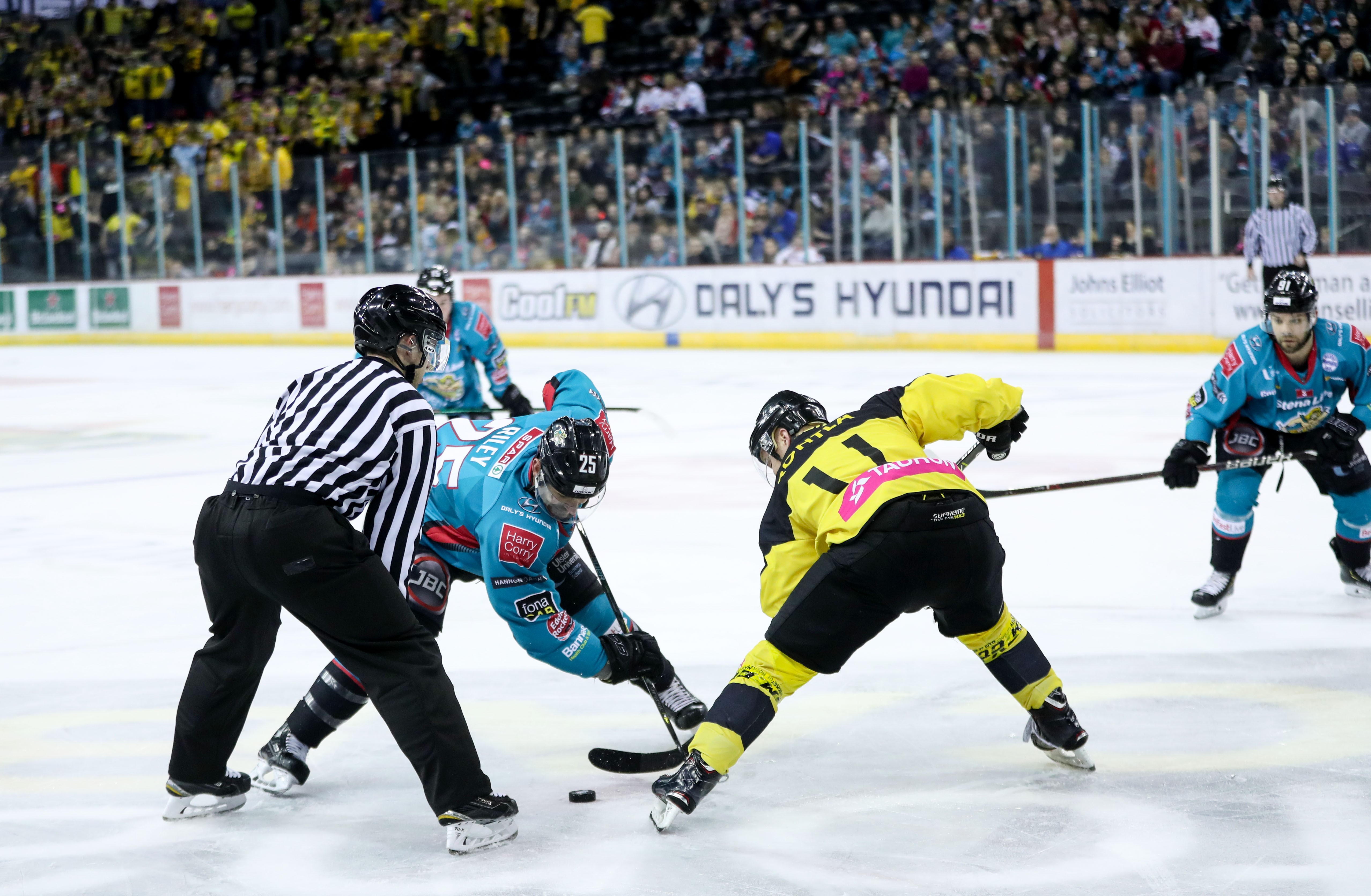 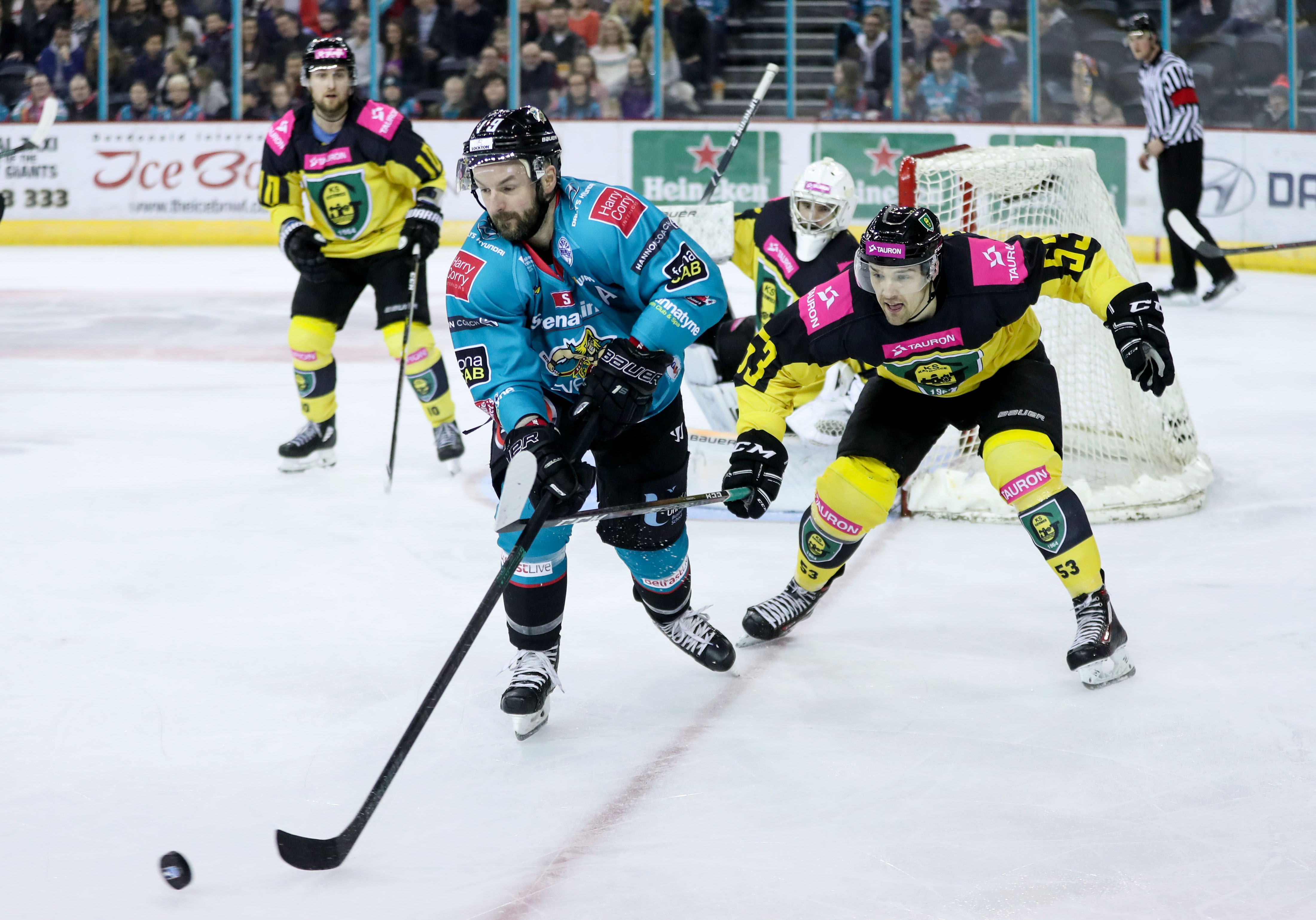 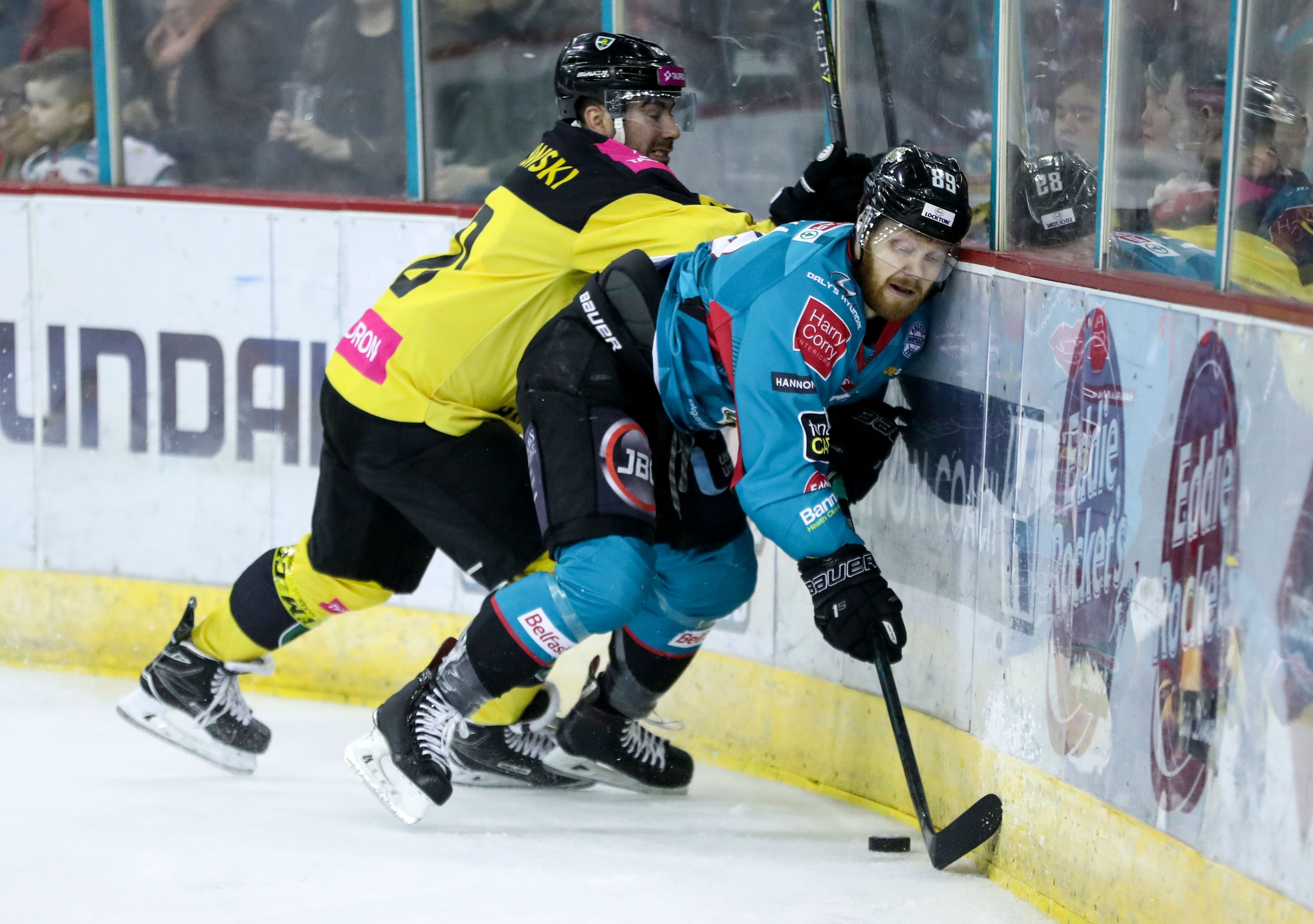 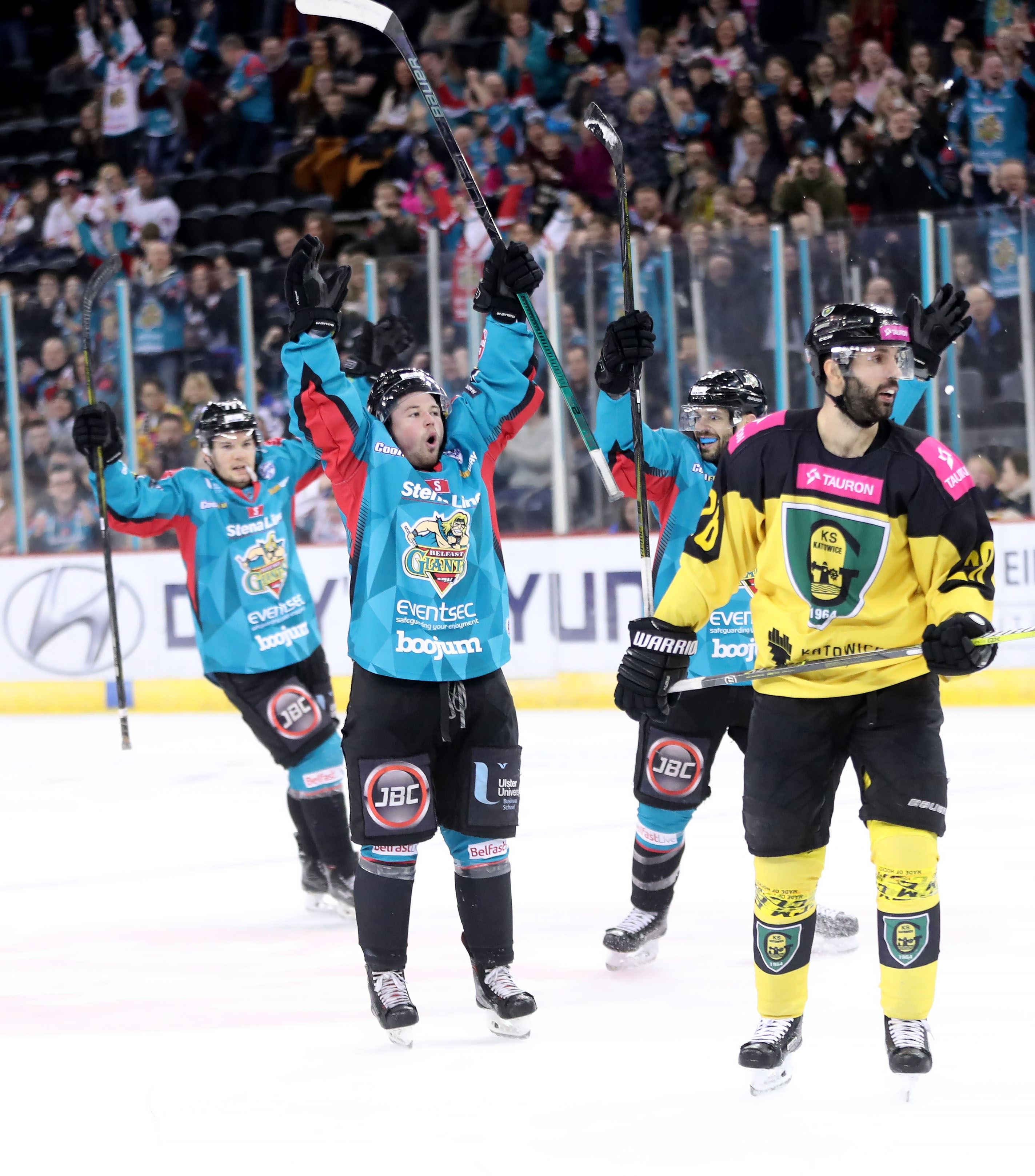 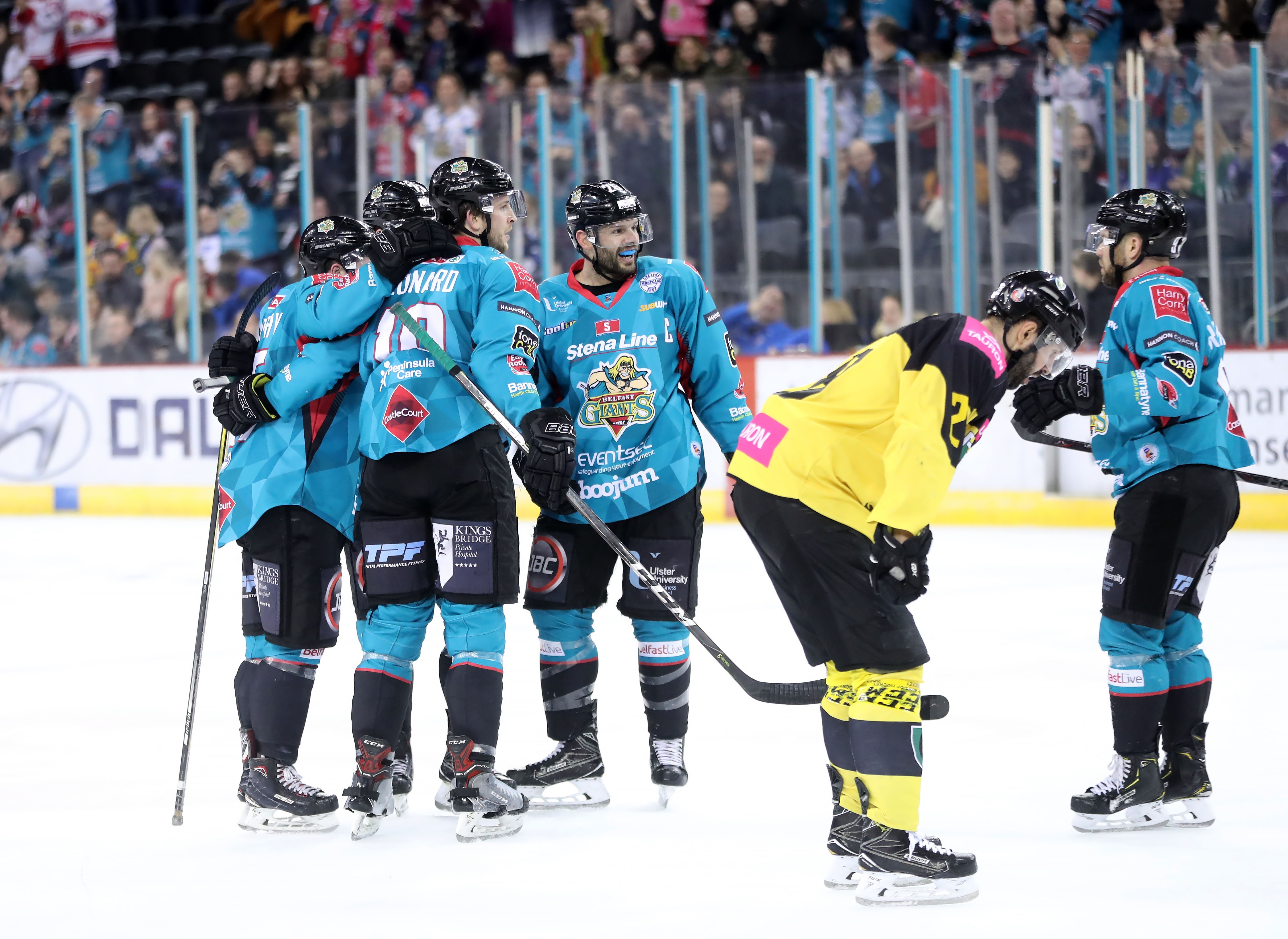 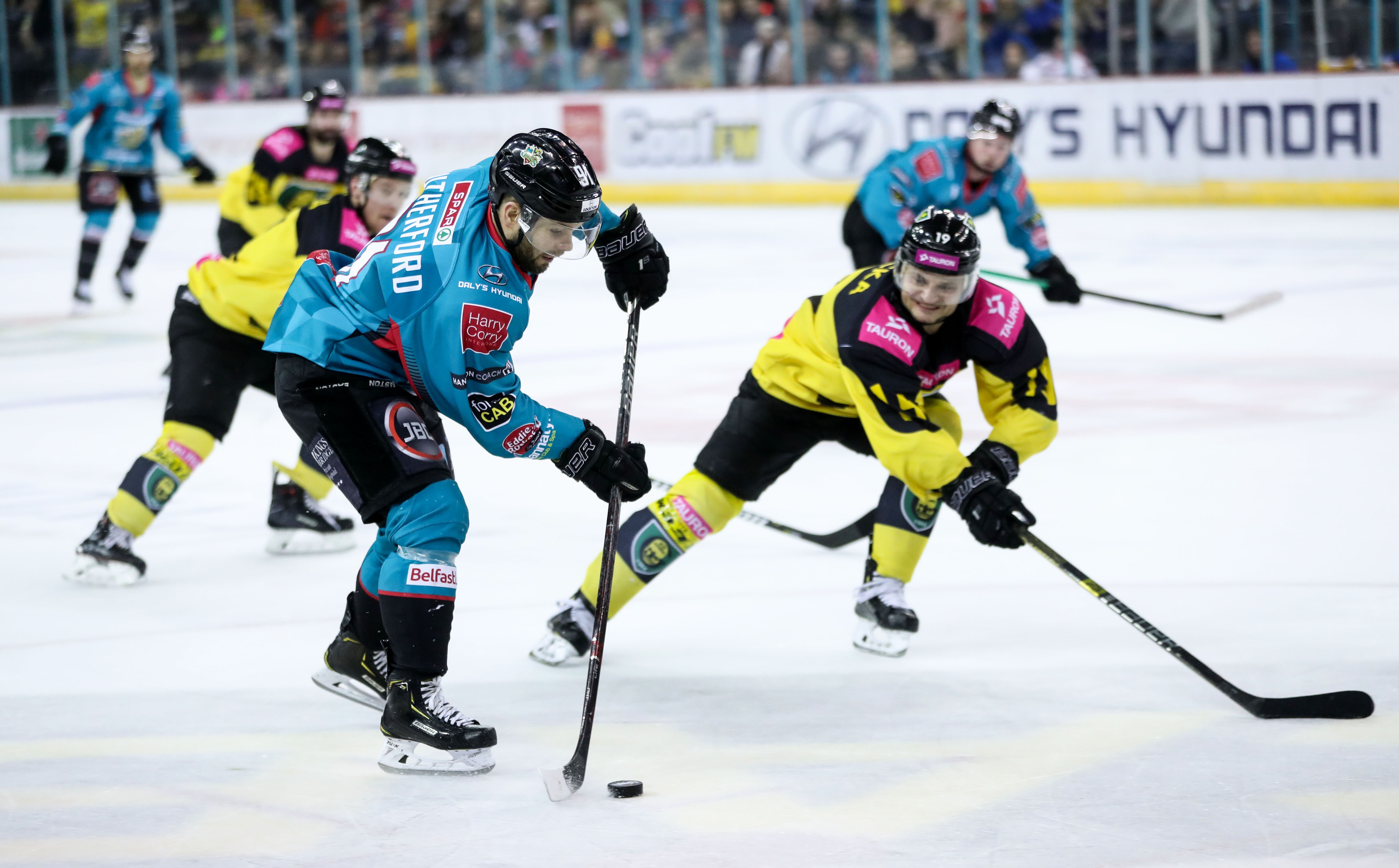 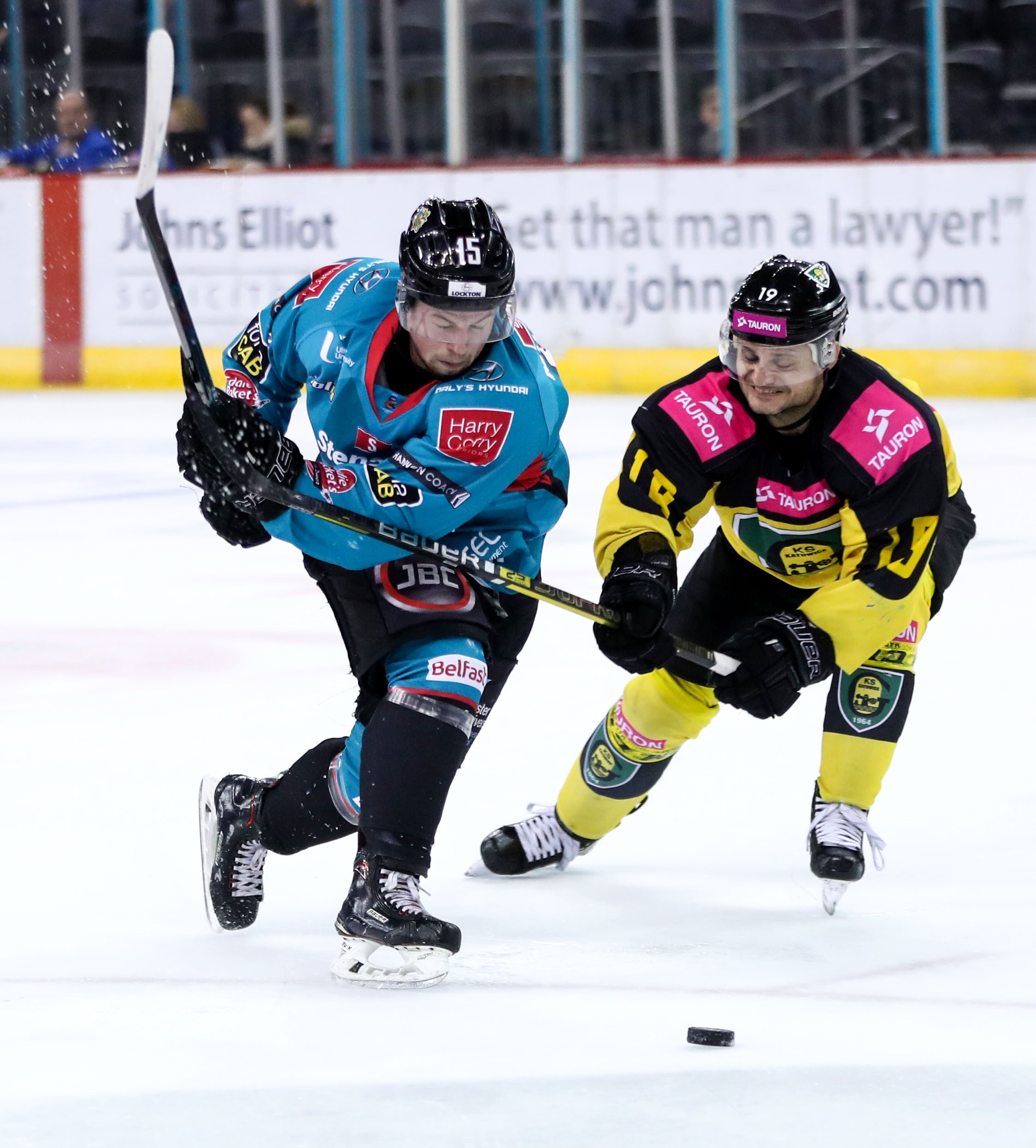 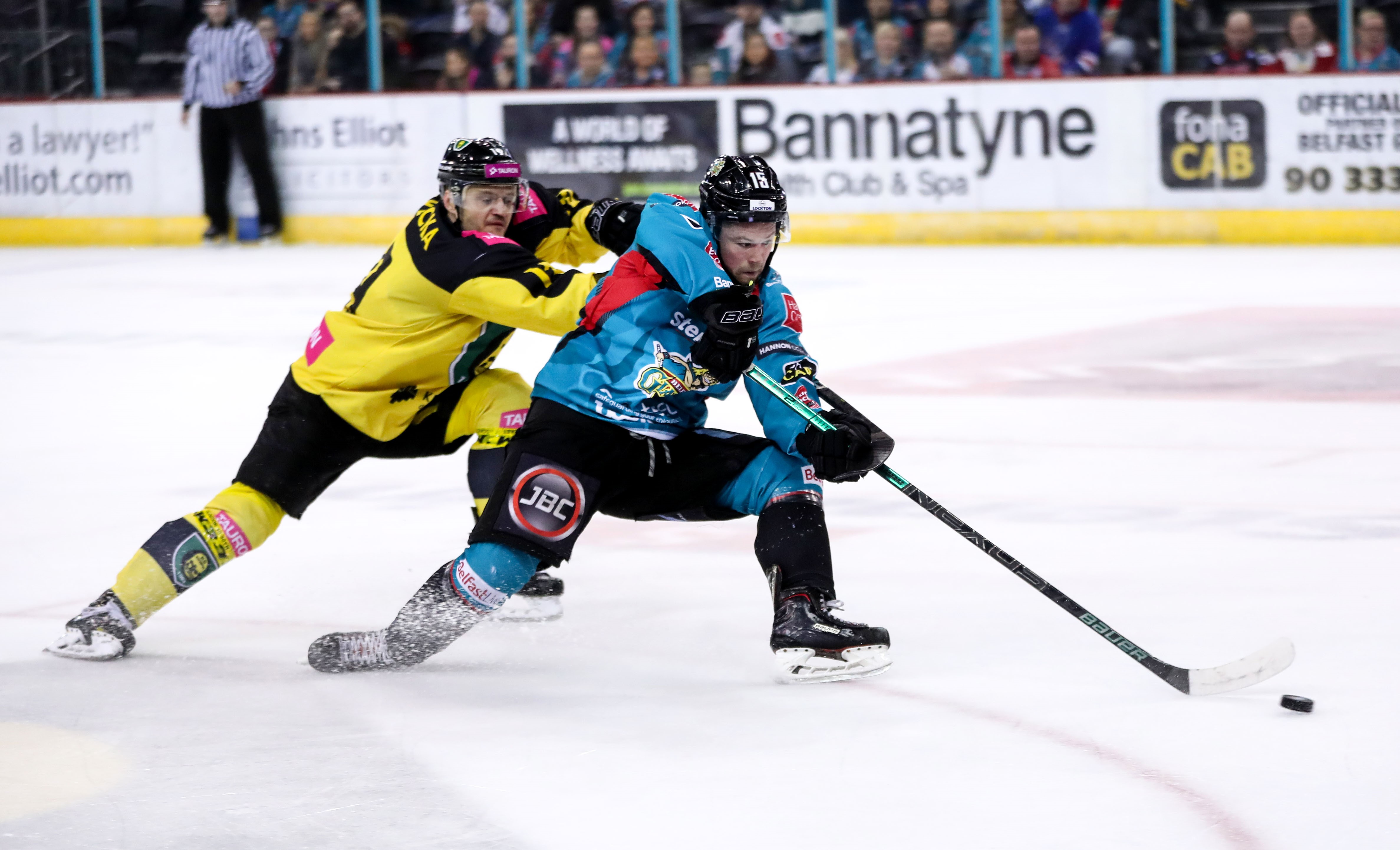 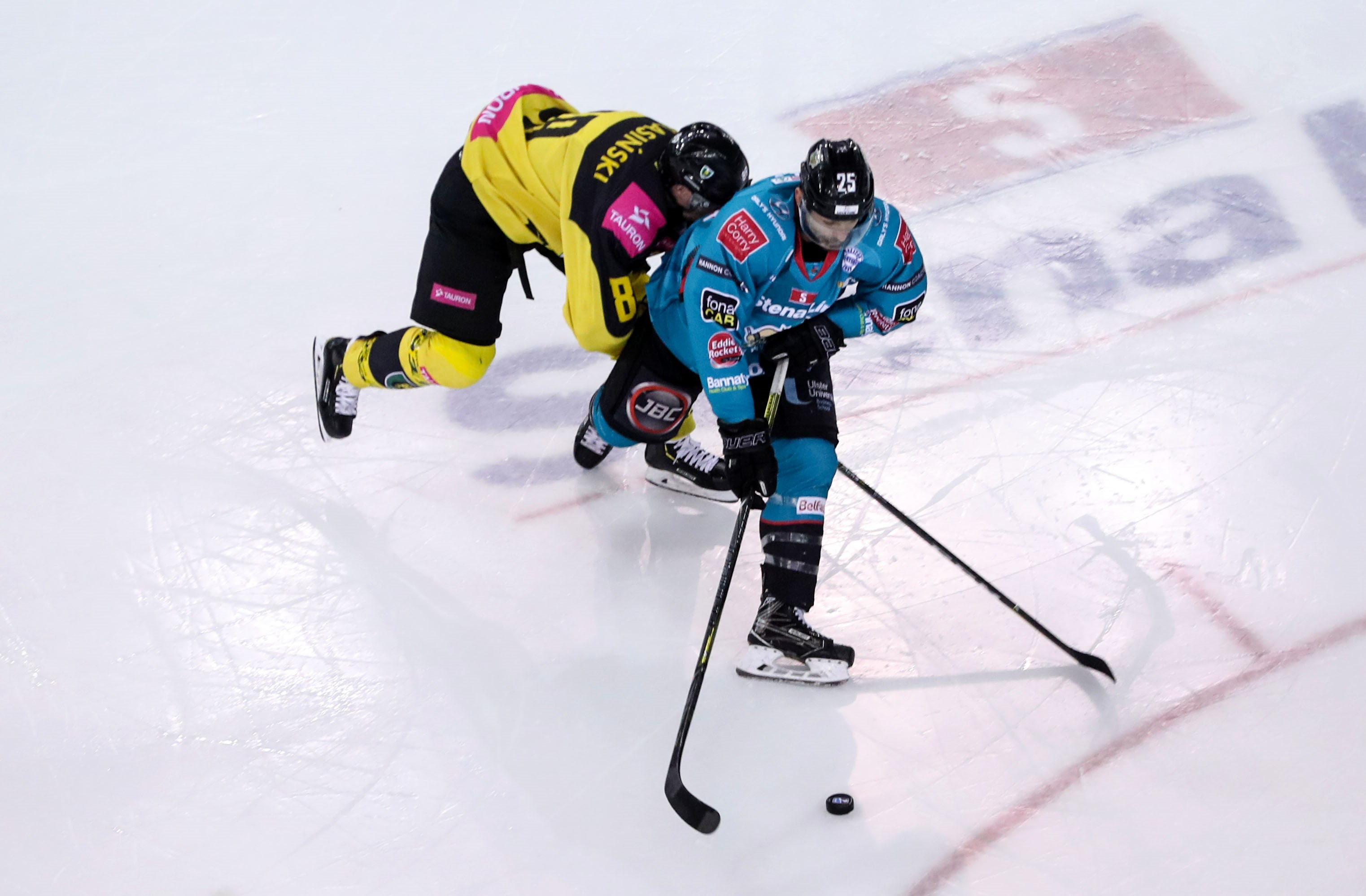 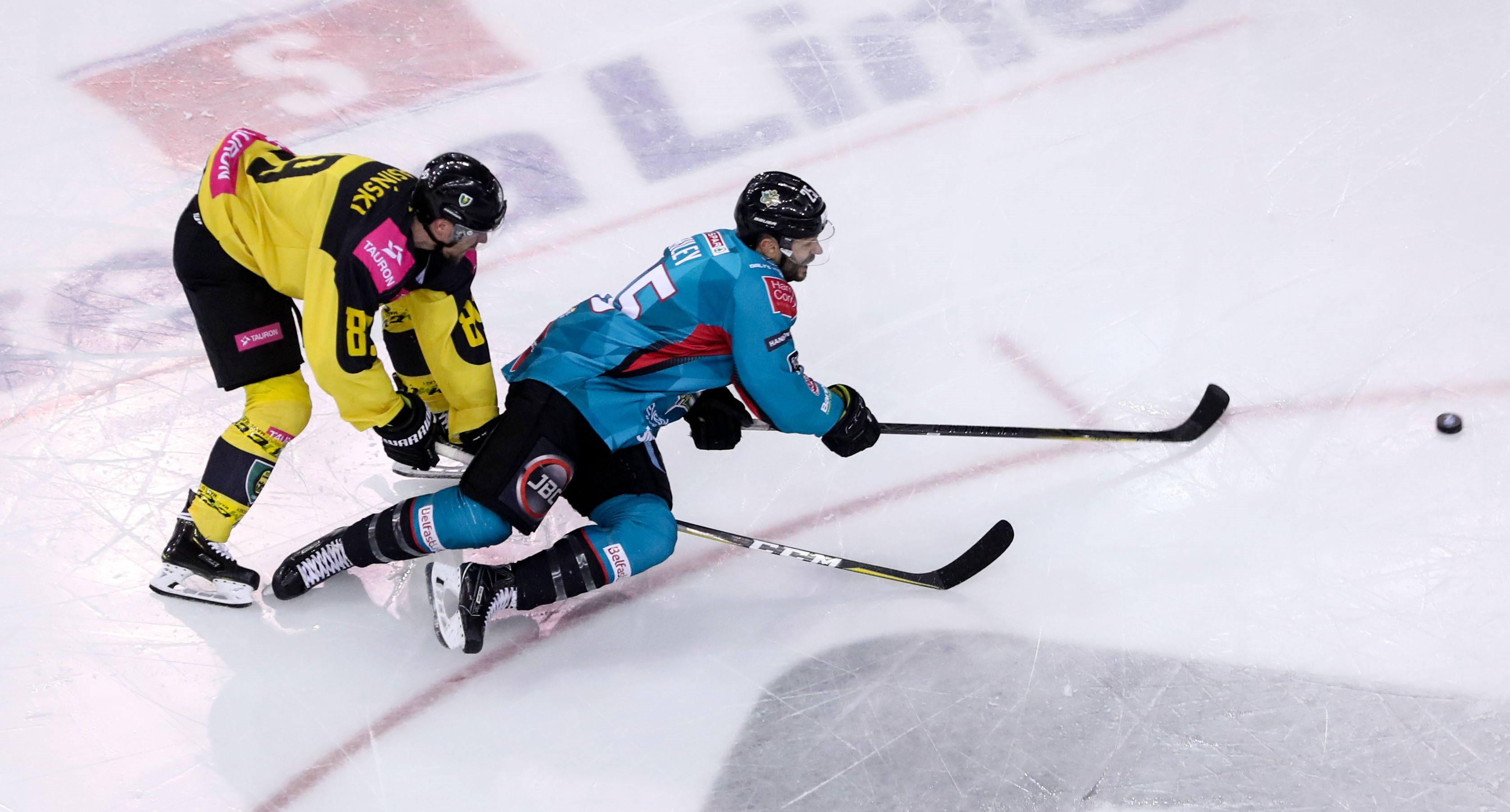 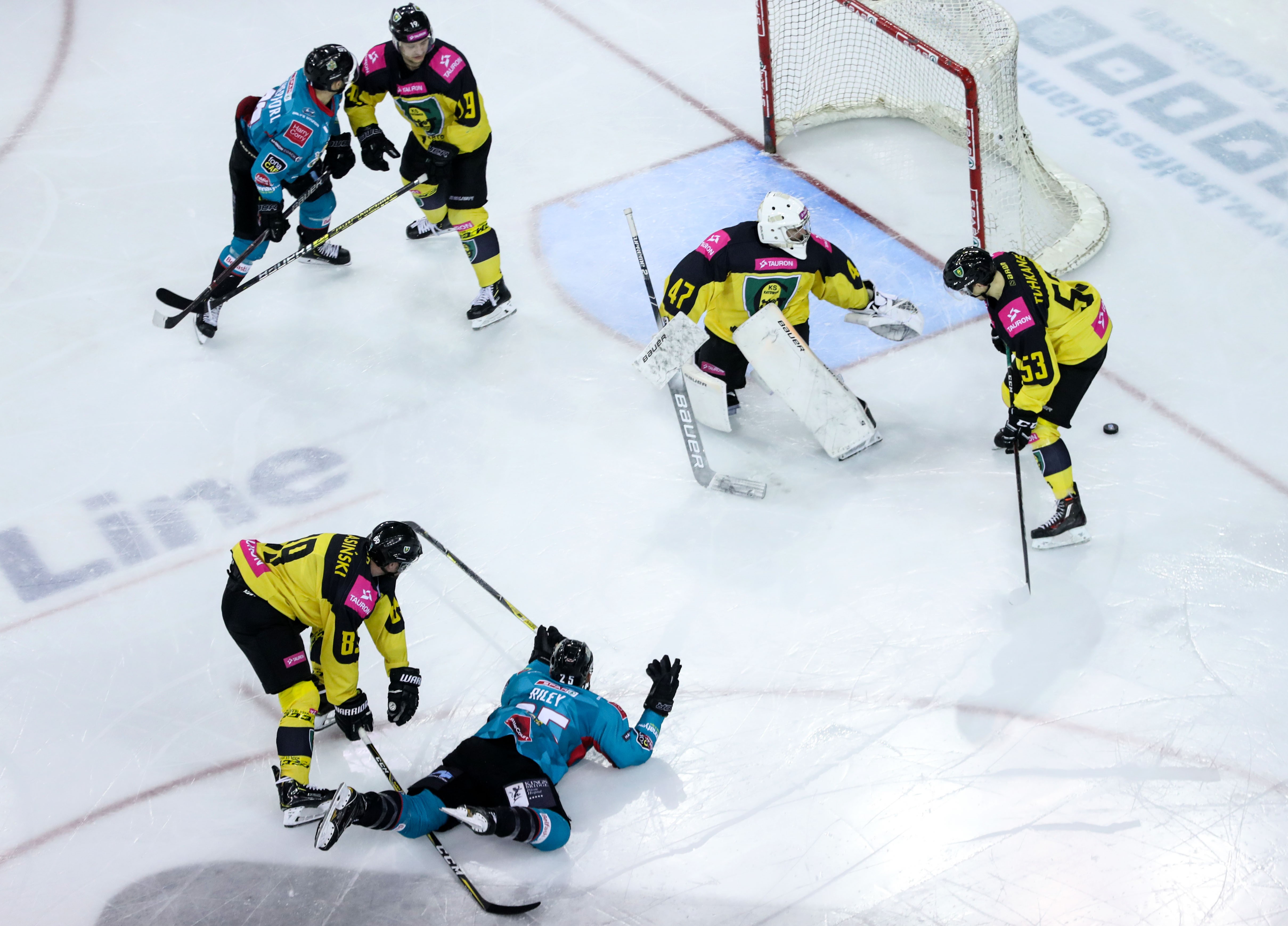 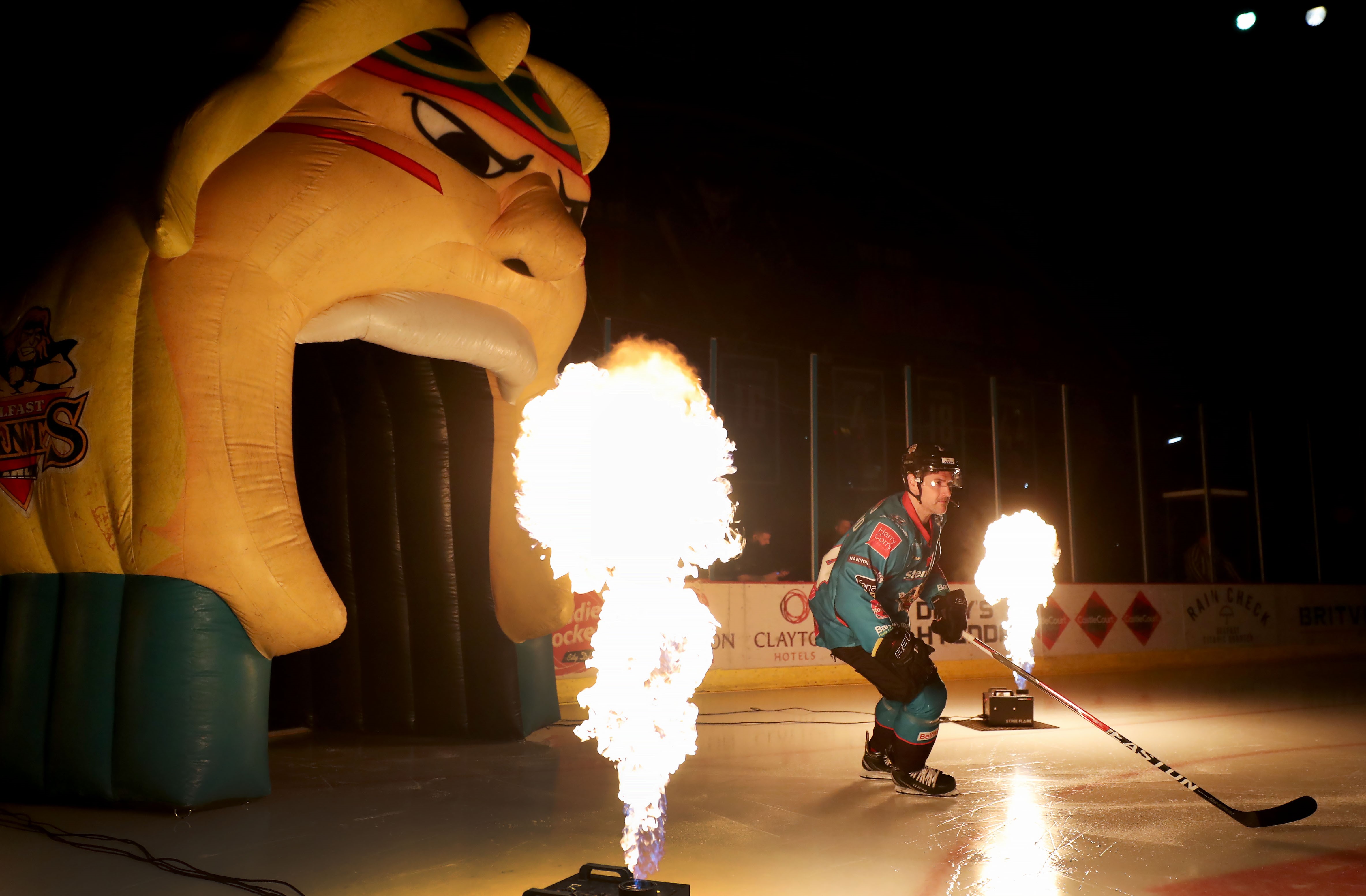 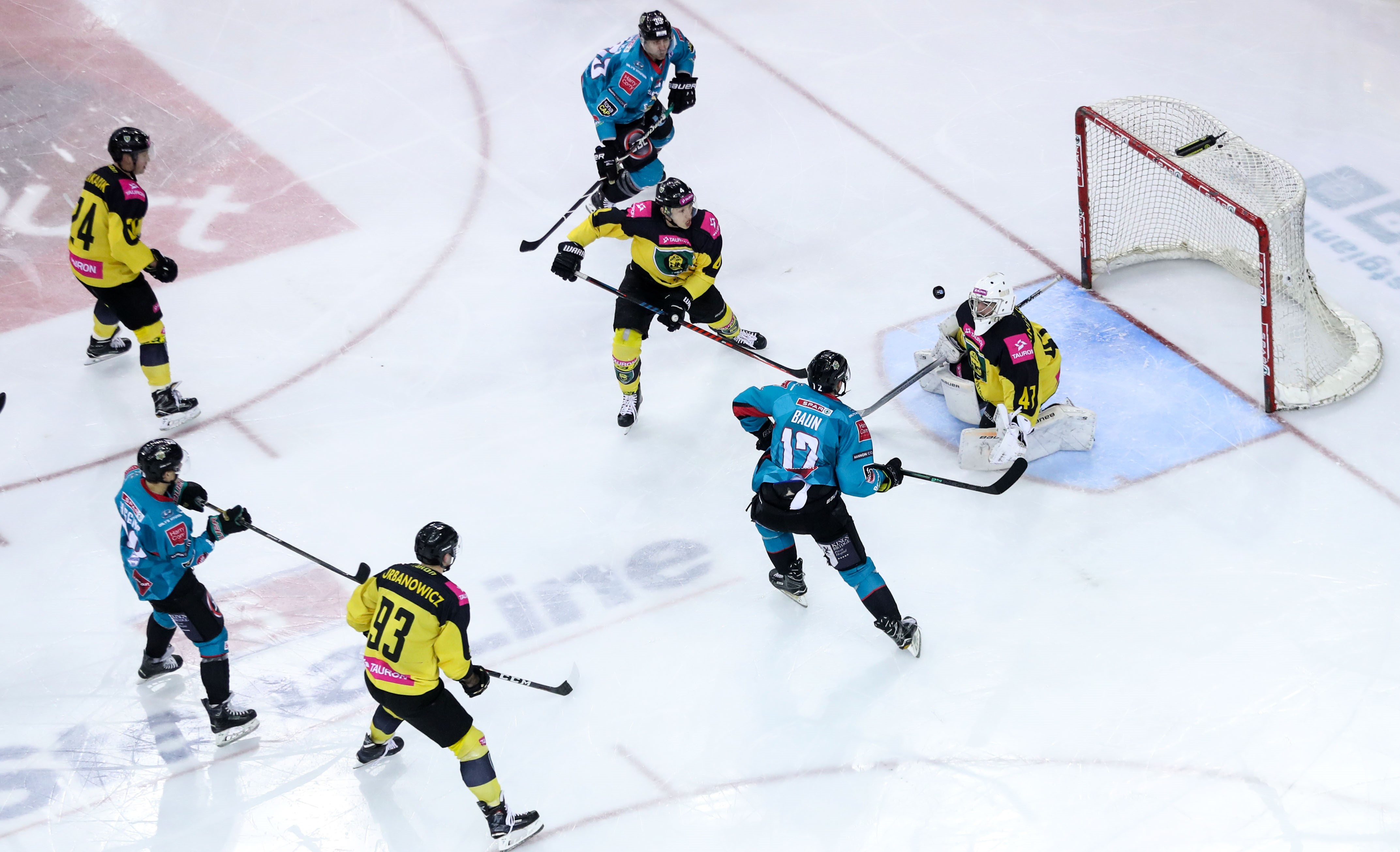 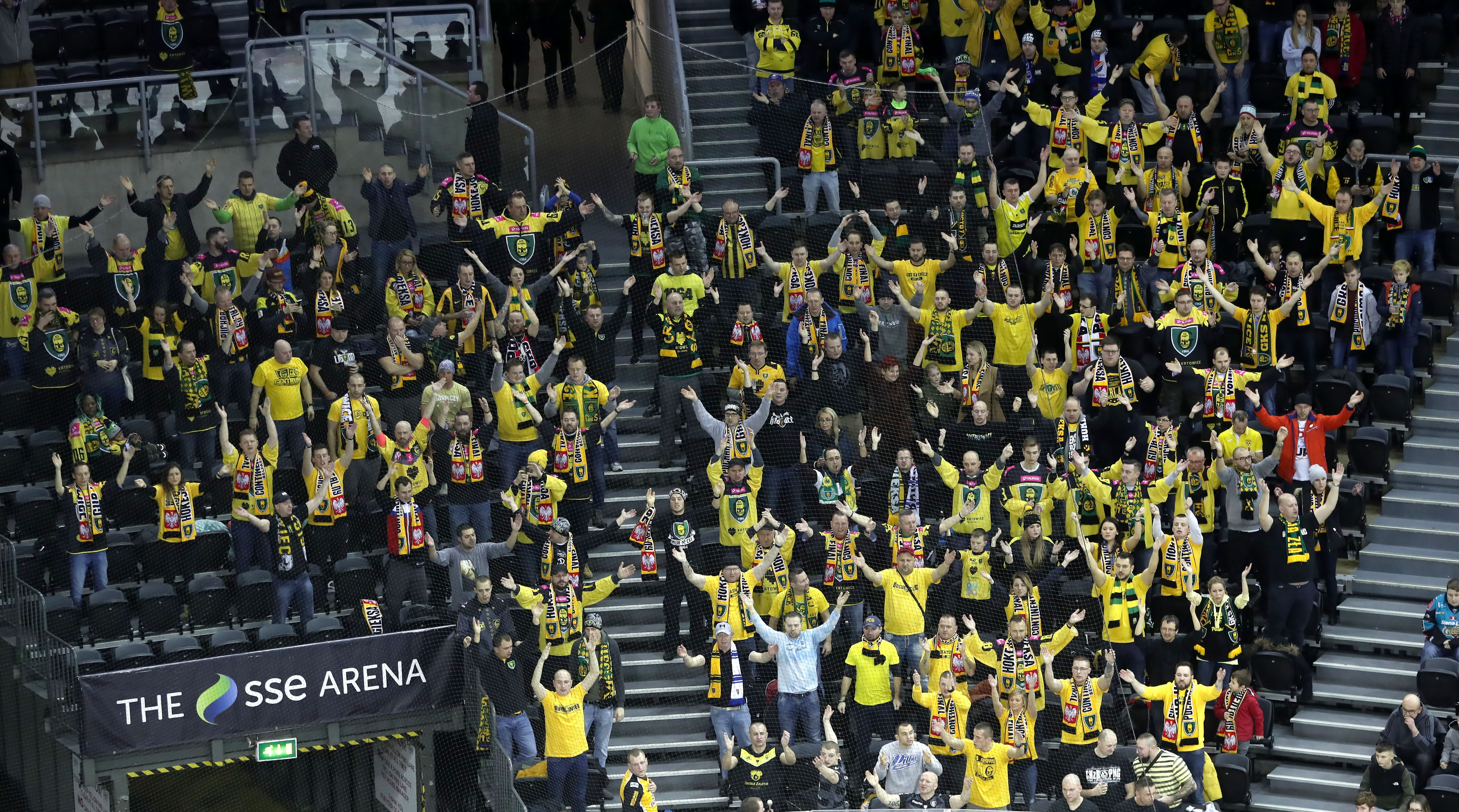 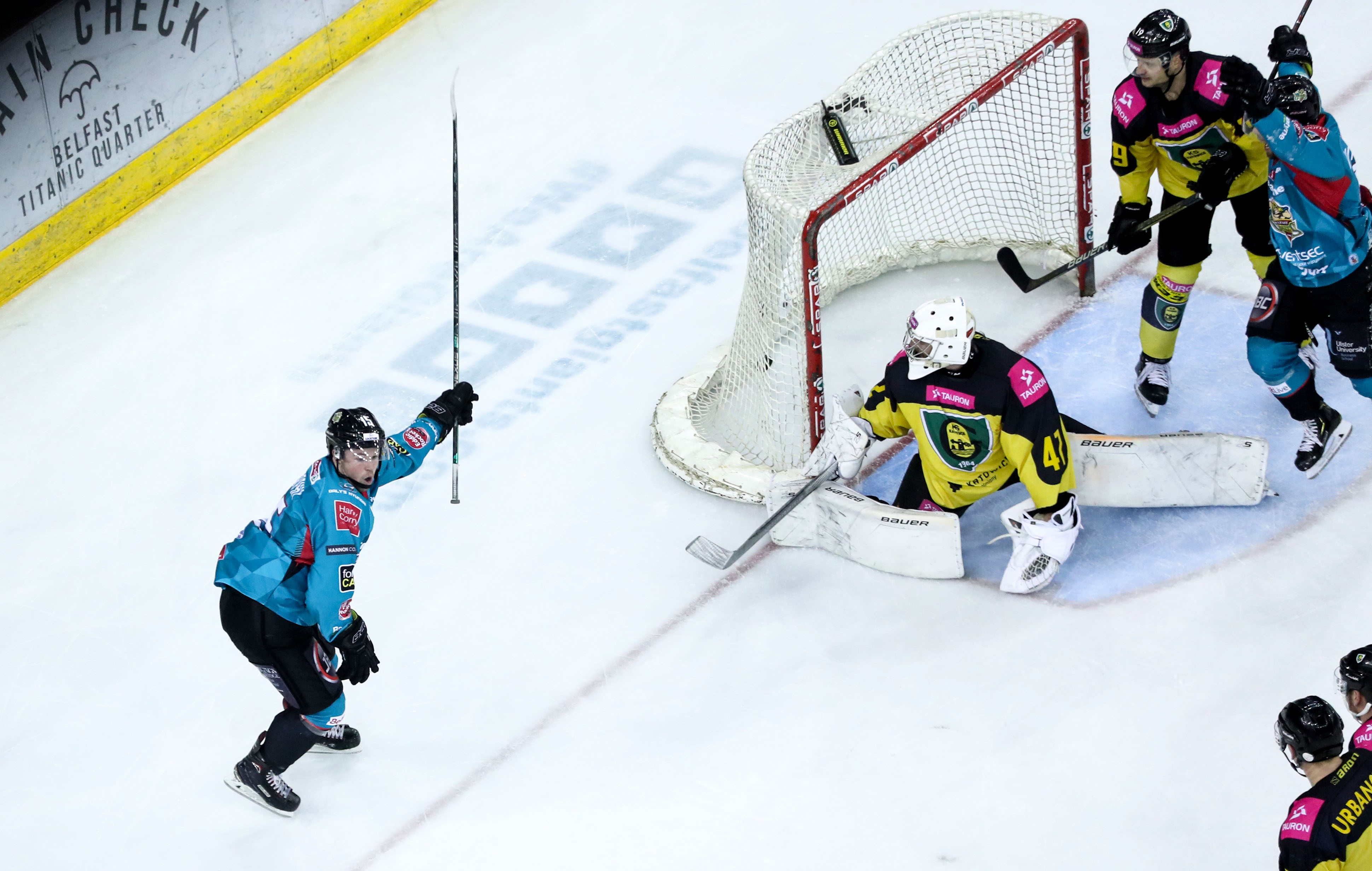 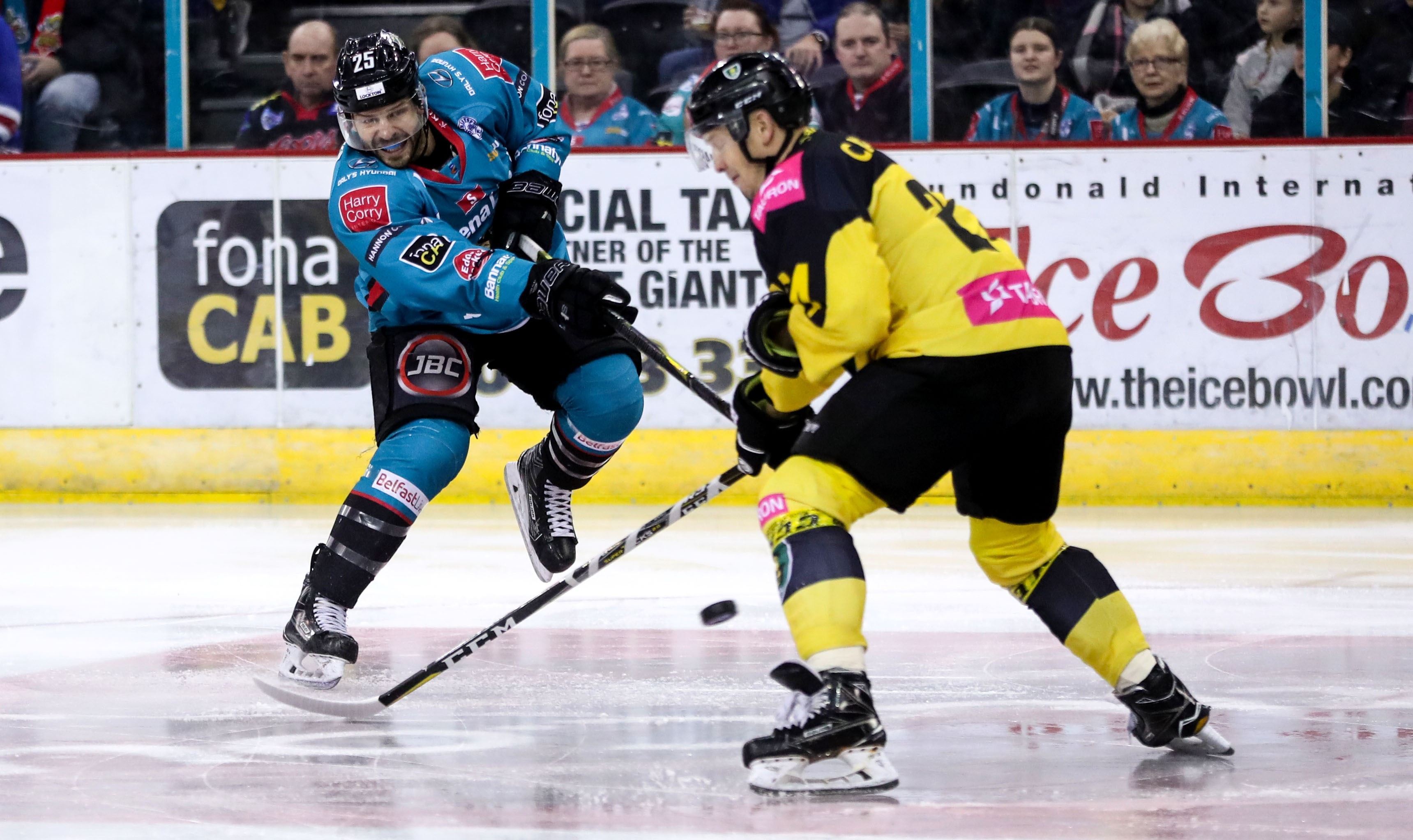 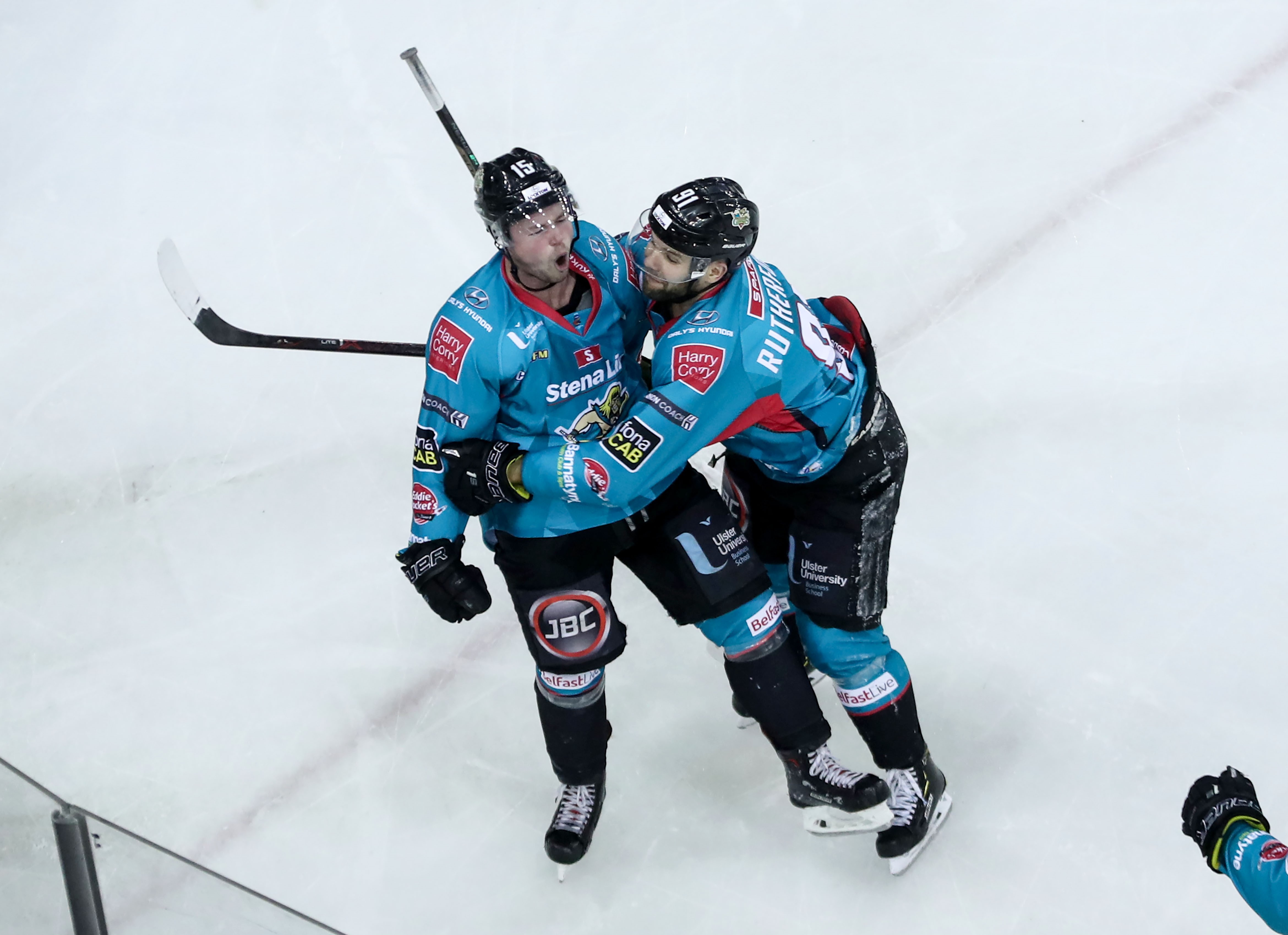 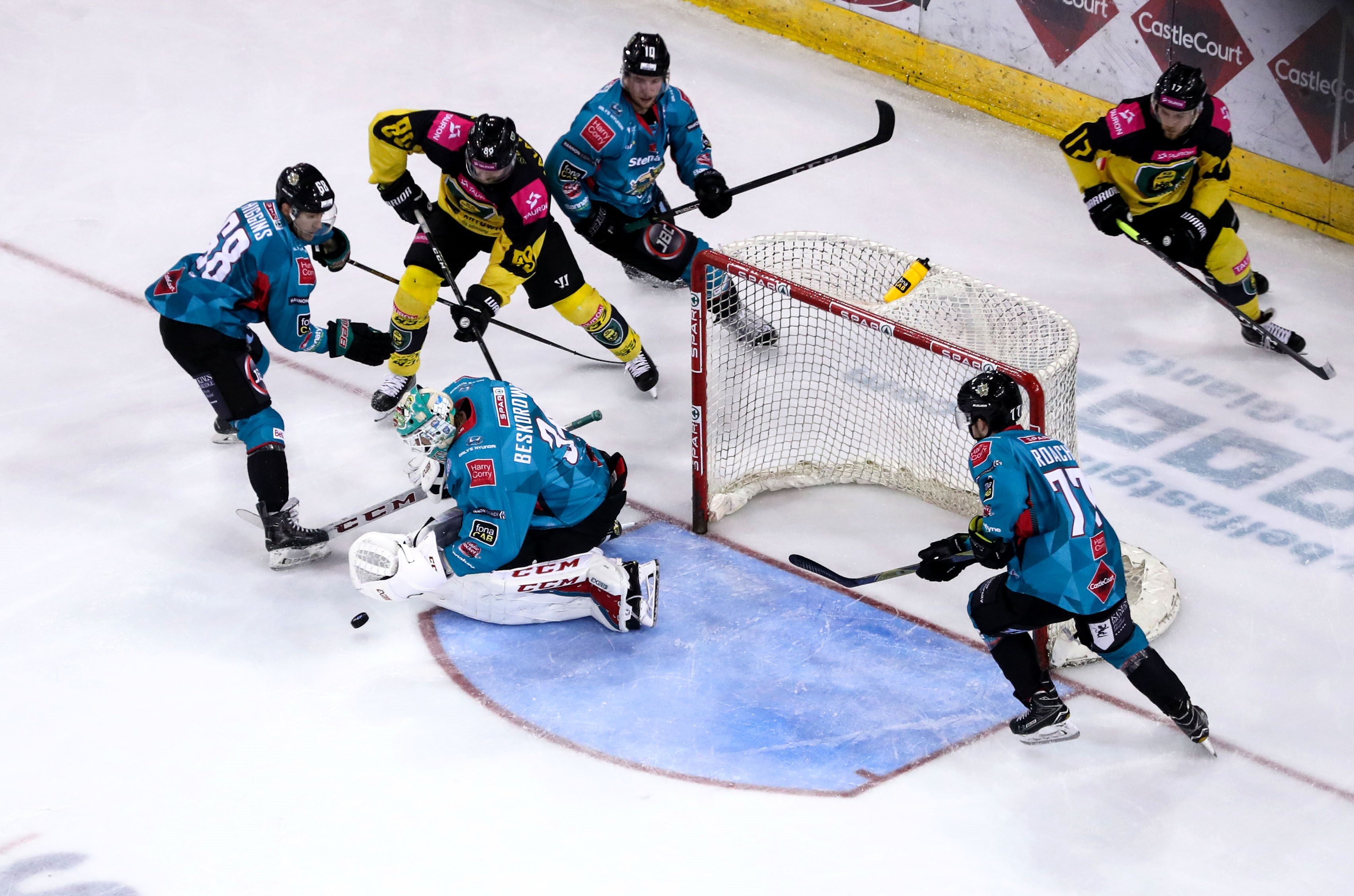 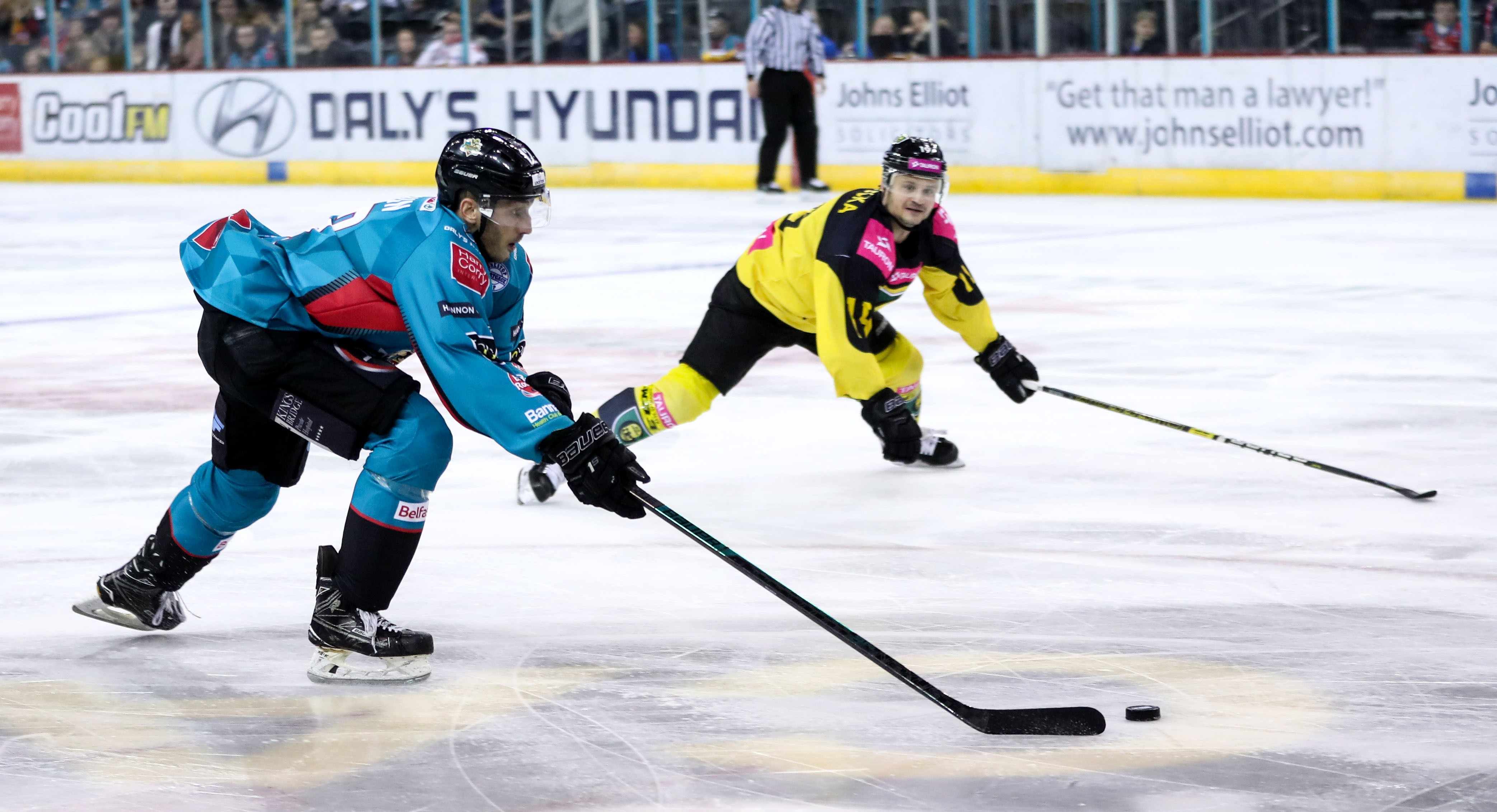 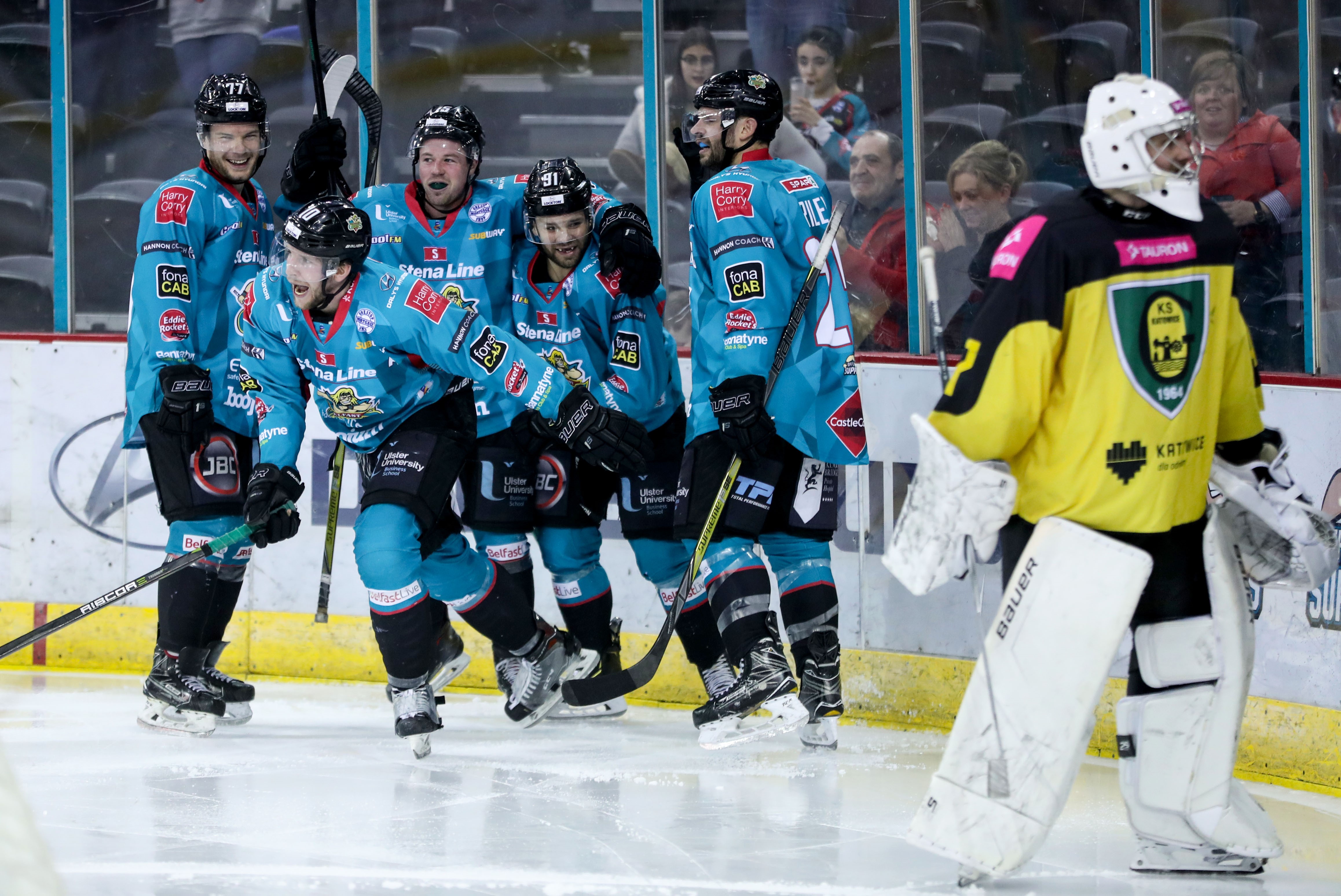 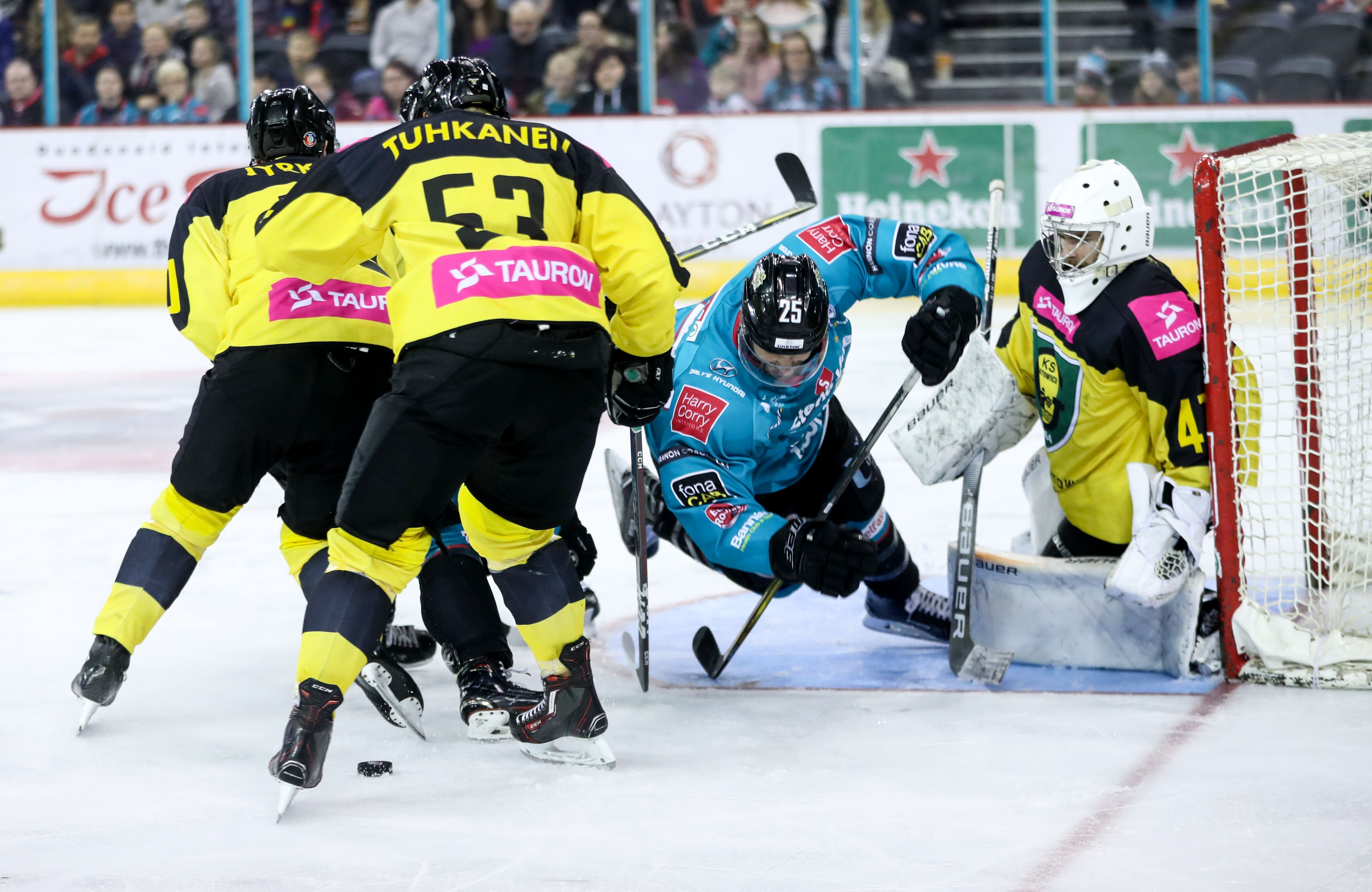 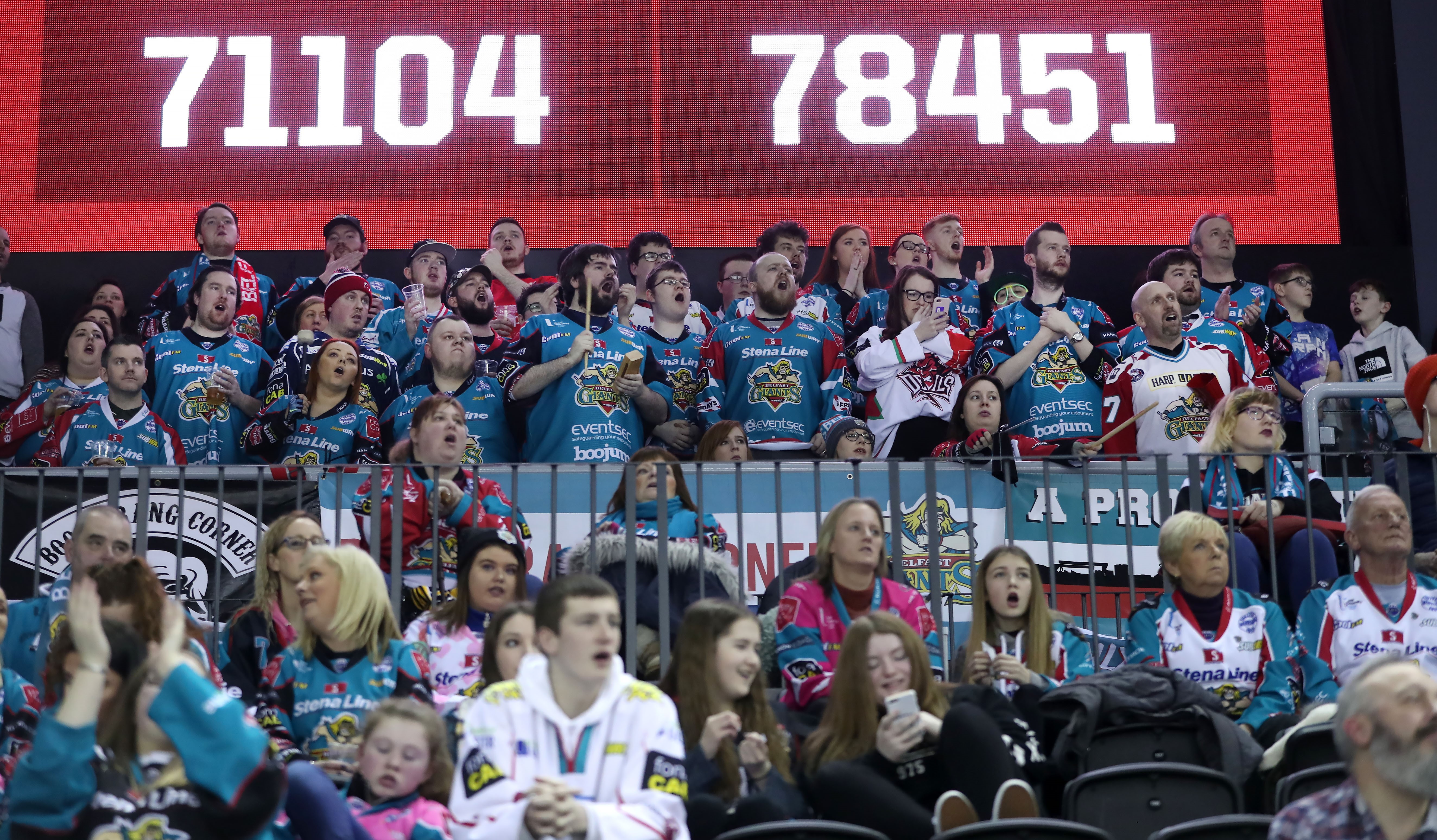 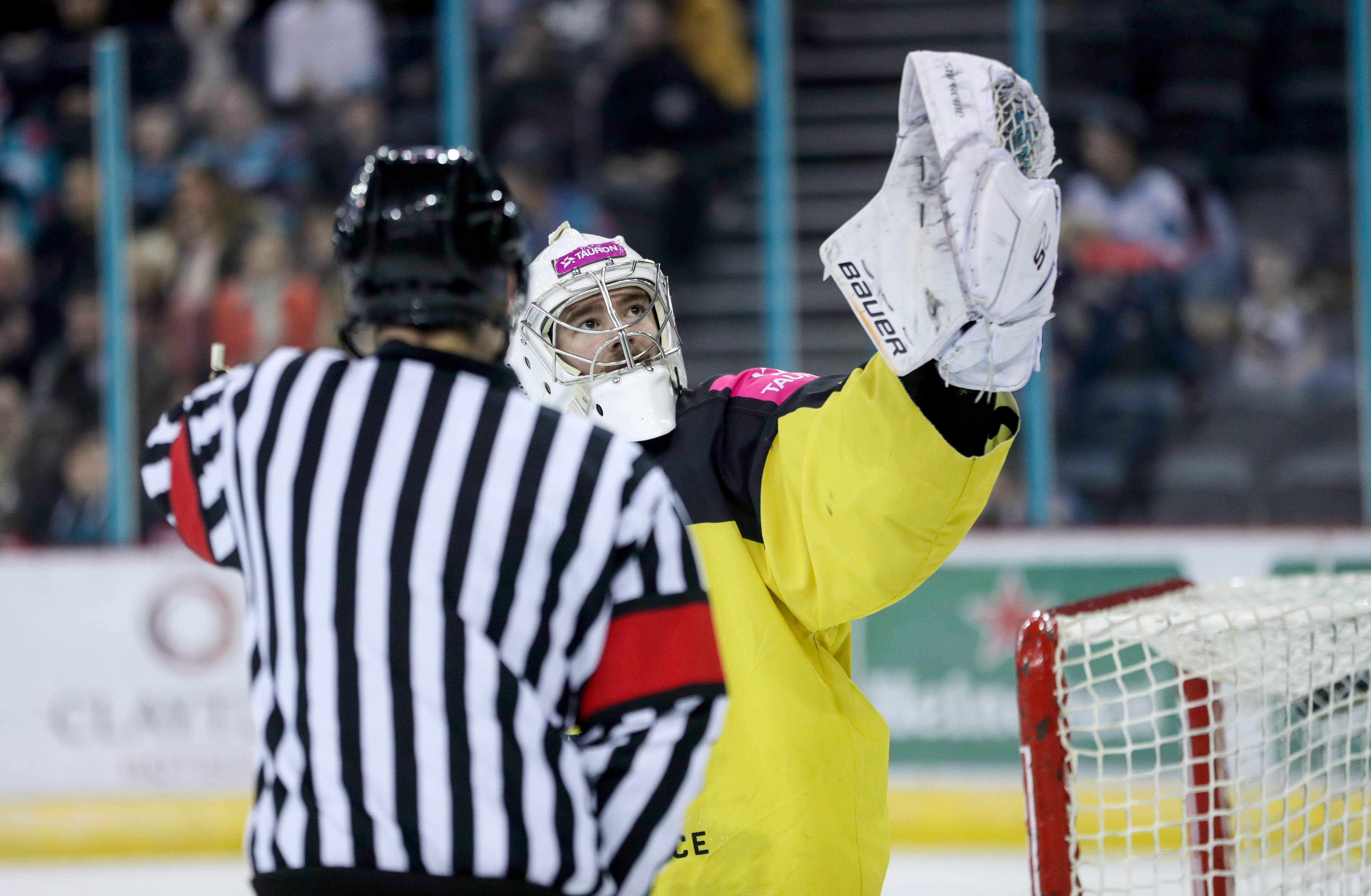 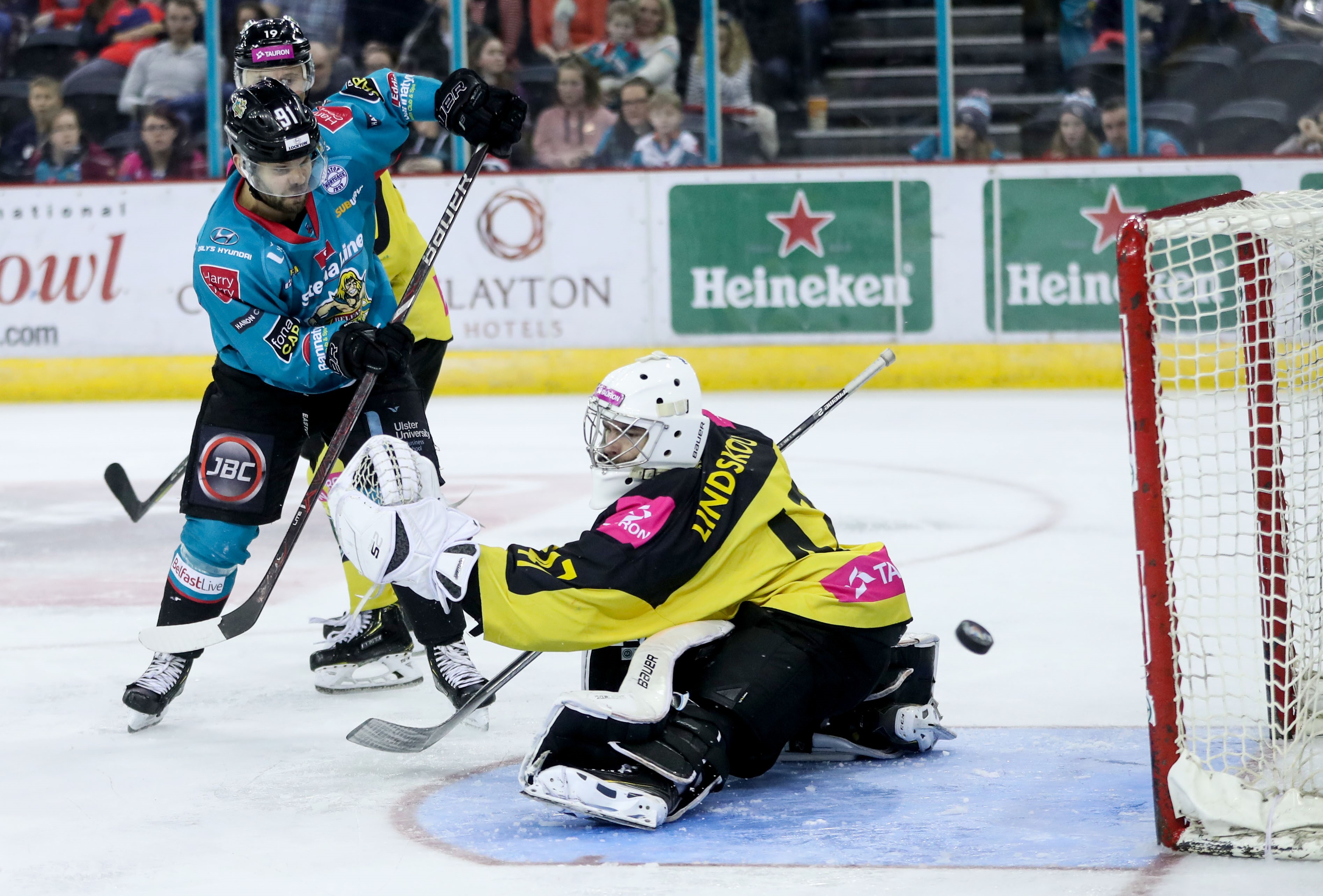 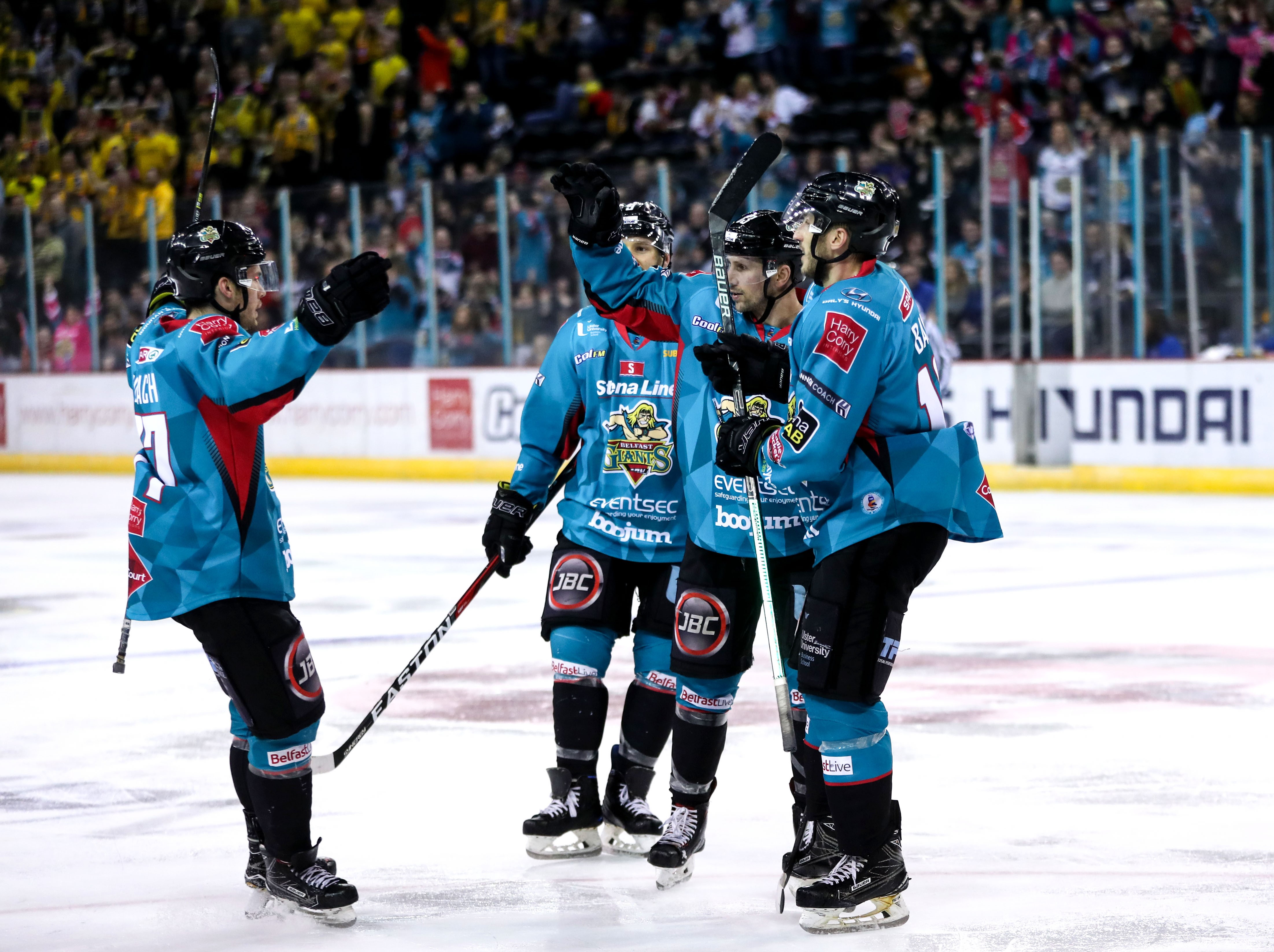 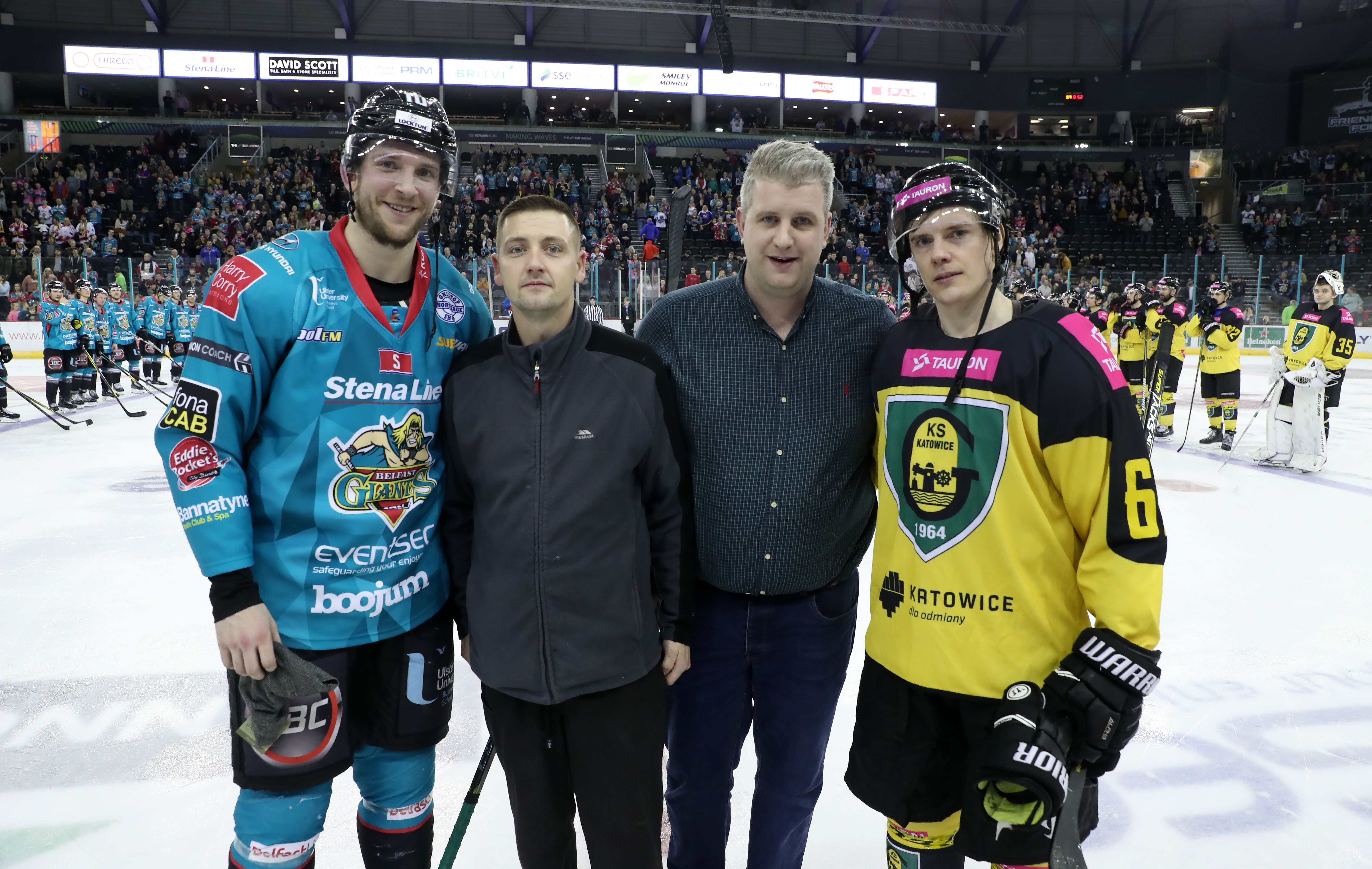 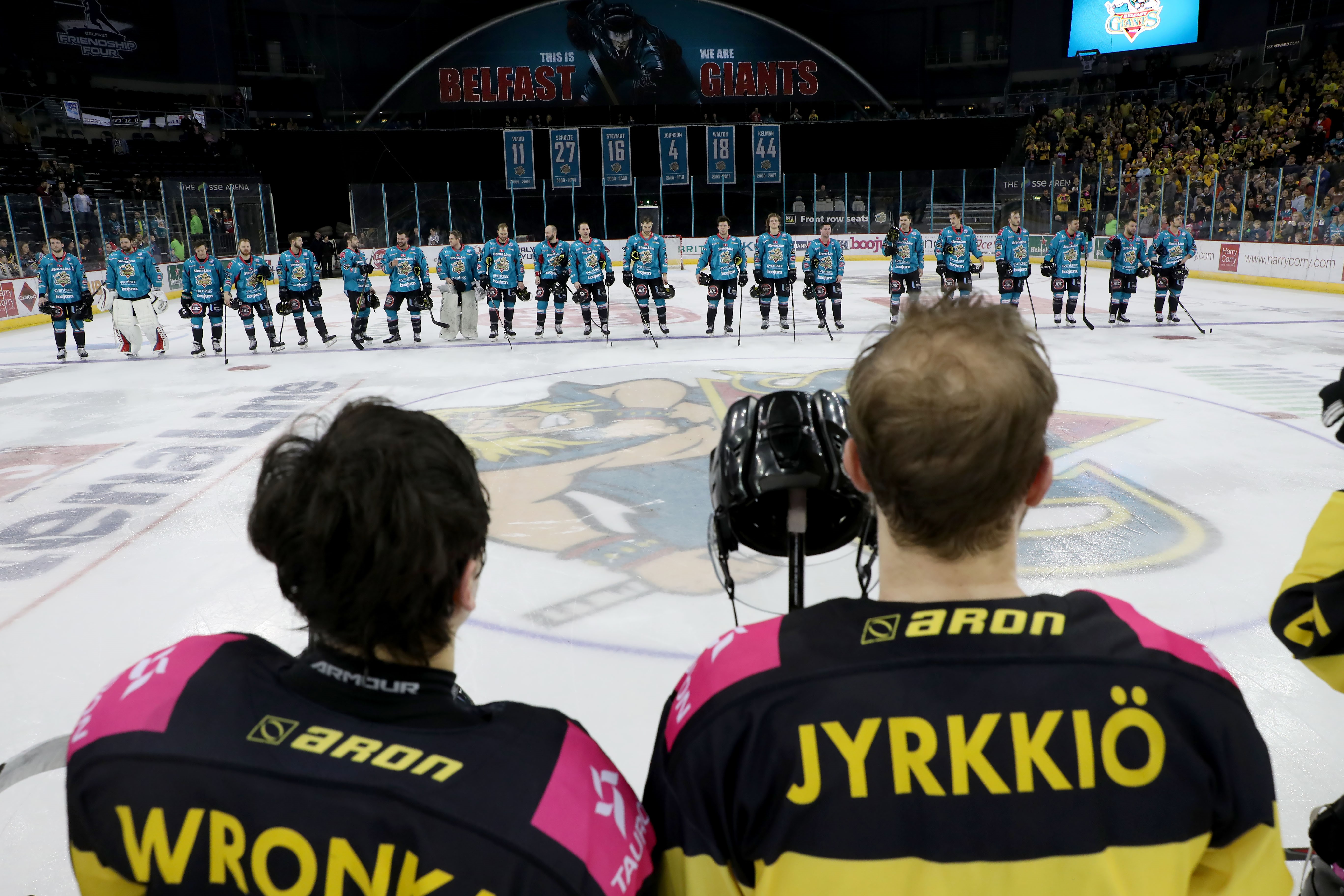 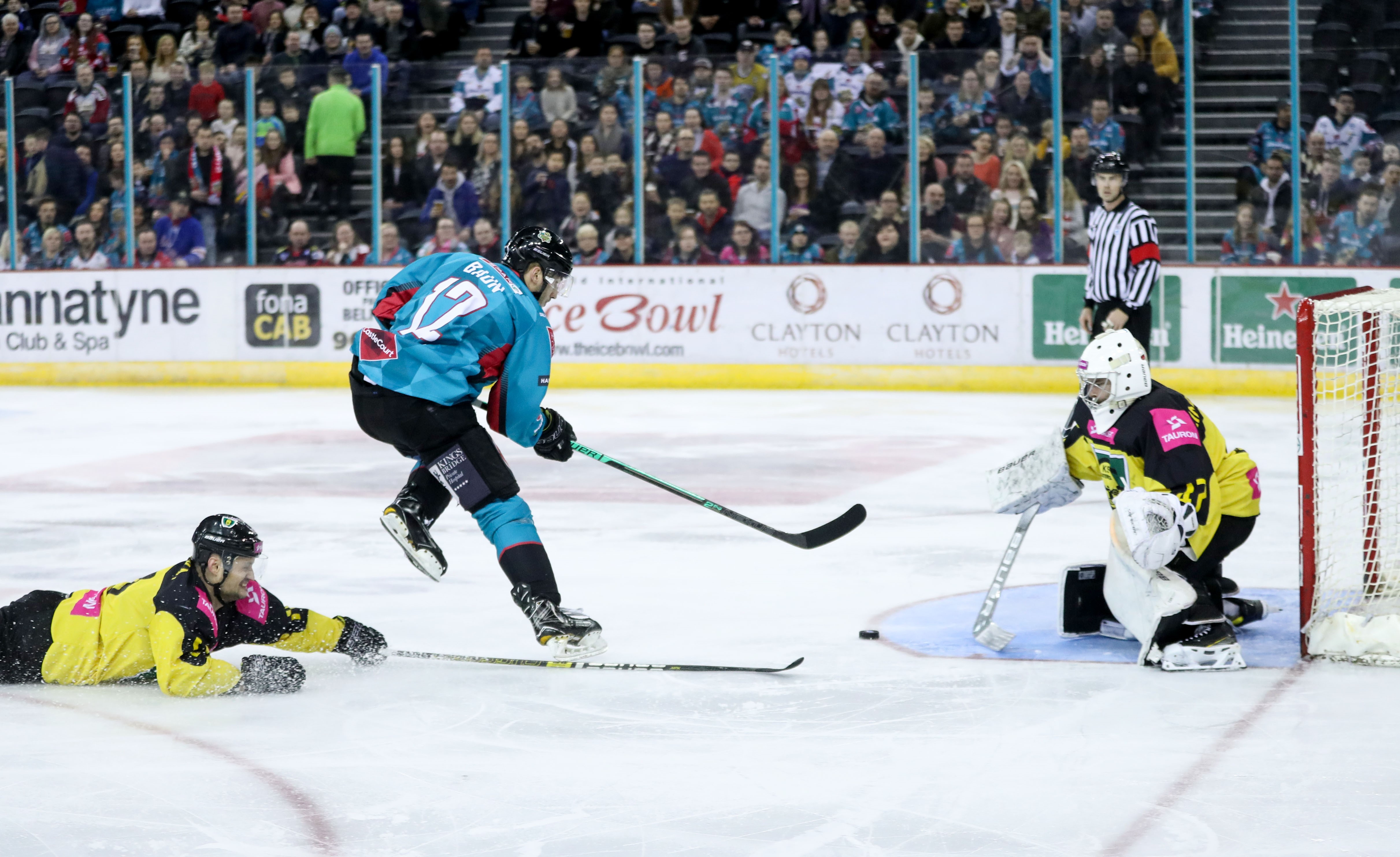 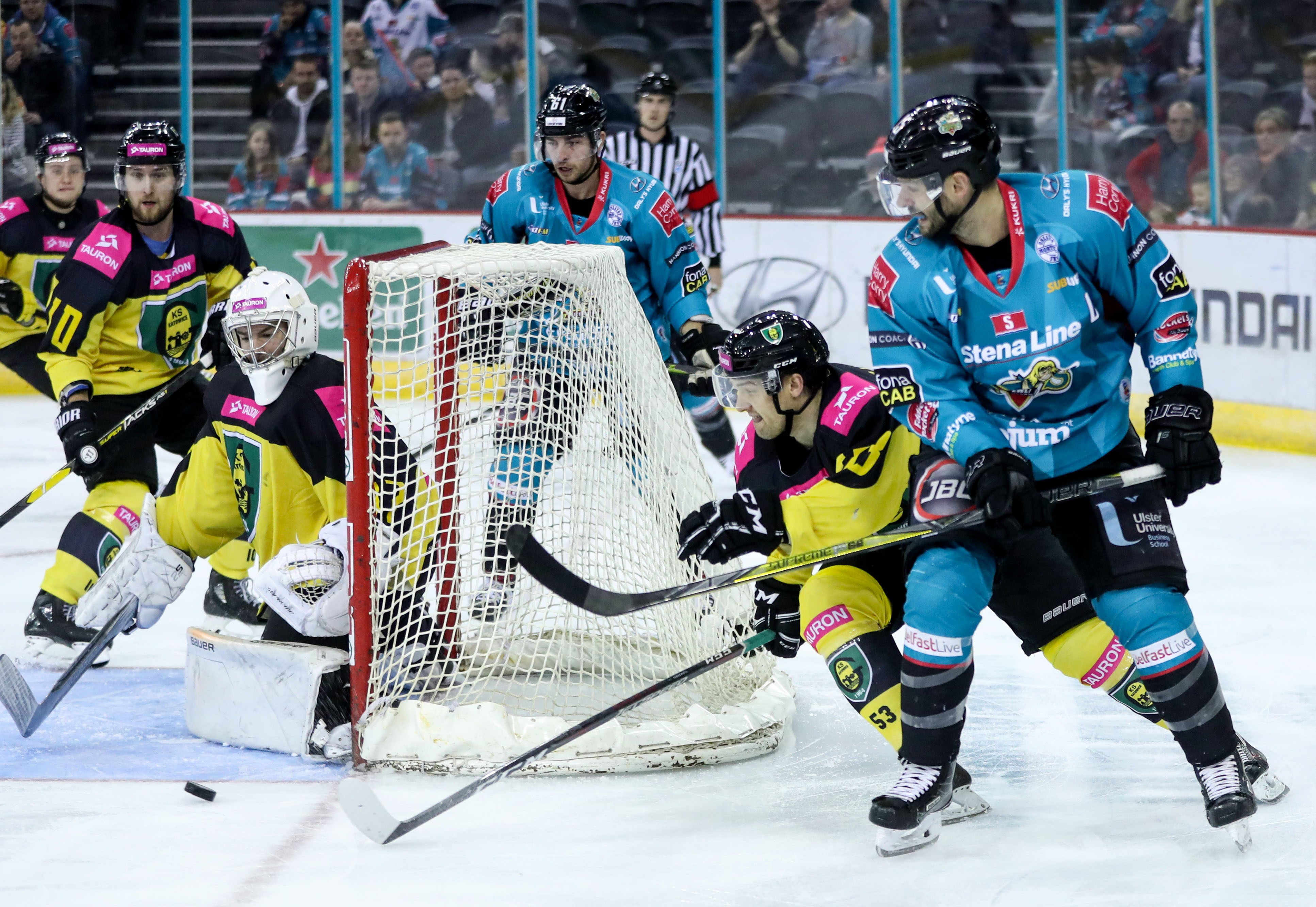