NHL, PA commit to Olympics
For many NHL stars the dream of playing at the Olympic Winter Games can become true in Beijing 2022. Pictured are Alexander Ovechkin and Sidney Crosby in Vancouver 2010.
photo: Matthew Manor / HHOF-IIHF Images
share
The National Hockey League (NHL) and the National Hockey League Players’ Association (NHLPA) have ratified the Return to Play Plan and a four-year extension to the Collective Bargaining Agreement until the 2025/2026 season including a commitment to join for the Olympic Winter Games in Beijing 2022 and Milan 2026 following internal voting.

The CBA Article 24 was amended to include new subsection 24.10 including:
The NHL and the NHLPA commit to participate in the 2022 and 2026 Winter Olympics, subject to negotiation of terms acceptable to each of the NHL, NHLPA, and IIHF (and/or IOC).
Beijing 2022 would mark the sixth time the NHL pauses to join the biggest spotlight of winter sports after Nagano 1998, Salt Lake City 2002, Turin 2006, Vancouver 2010 and Sochi 2014.

The Beijing 2022 Olympics will include the top-8 teams in the world, host China and three qualifiers to be determined according to the following groups in the men’s ice hockey tournament: 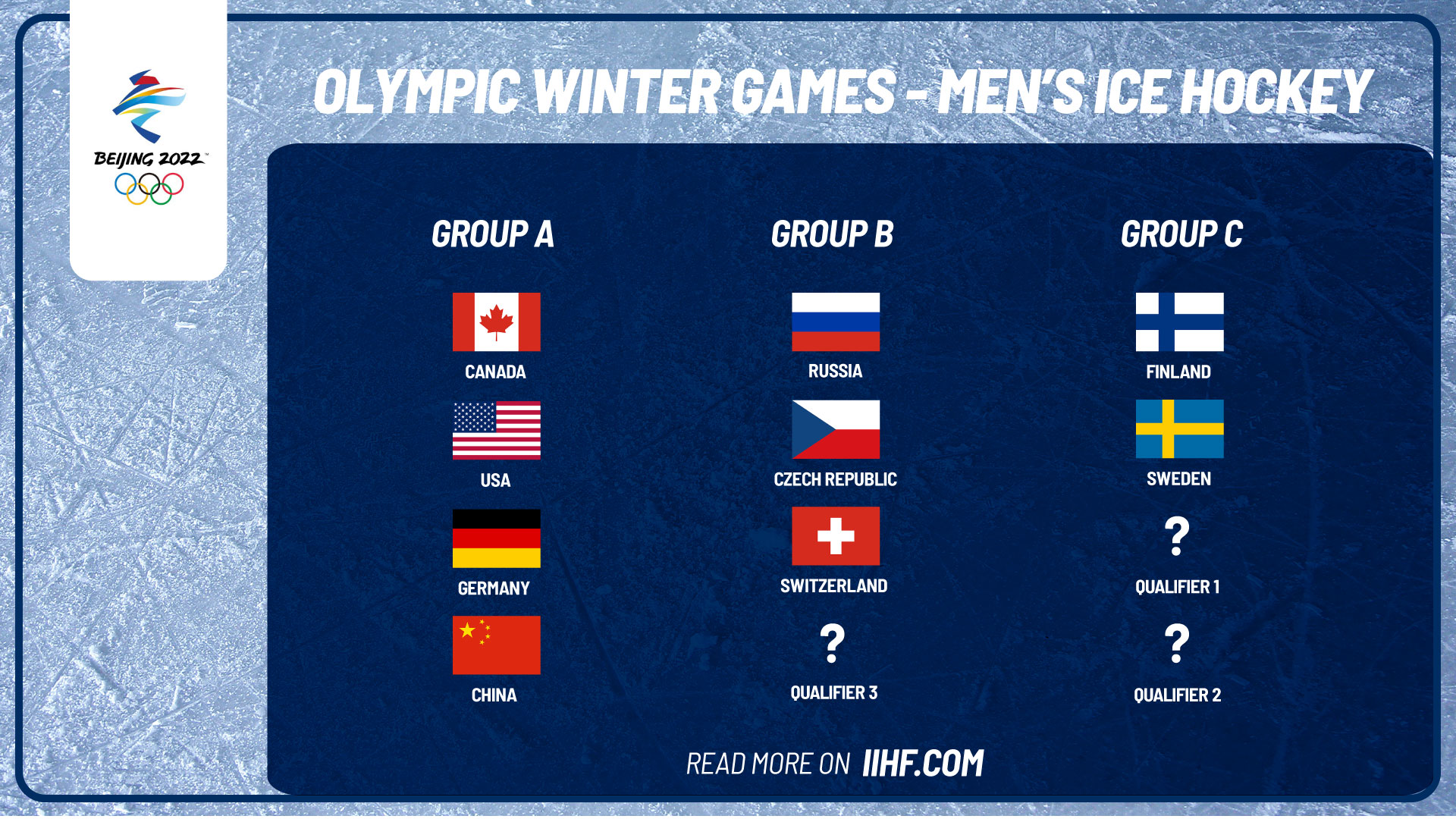 The three qualifiers will be determined in the Final Olympic Qualification in August 2021. The dates would make it possible to have NHL players be added to the teams for these qualification tournaments. 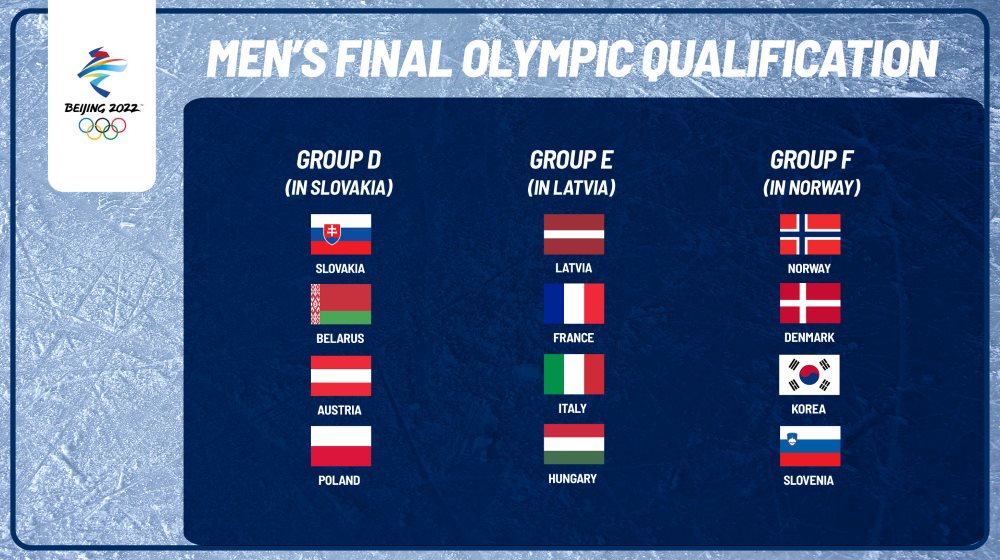 The news of the ratification of the CBA extension and the Return to Play agreement was welcomed by IIHF President René Fasel.

“This is great news for hockey,” said Fasel. “I want to congratulate Gary Bettman, Don Fehr, the players, owners, and everyone involved for their work in forging a new CBA and ensuring that the world’s top league will return to the ice soon and will continue to grow strong well into the future.”

“I am also very pleased to see that the players and owners have agreed to work towards bringing best-on-best ice hockey back to the Olympic Games, starting in Beijing 2022. After the conclusion of the NHL playoffs, we look forward to renewing our discussions with the NHL, the NHLPA, the IOC, BOCOG, and our Member National Associations, and together ensure that we can provide the very best platform for our game in Beijing and beyond.”

Fasel added that there were still a few hurdles to overcome before NHL participation could be fully confirmed.

“There are still some challenges left to address, including technical and practical discussions with all key stakeholders, before we can 100% confirm that we will have NHL players back on the ice at the Olympics. But this is a very positive and necessary step forward.”

Following a 142-day pause, the National Hockey League will drop the puck with a five-game schedule of Stanley Cup Qualifiers on Saturday, Aug. 1. The sweeping agreements pave the way for the resumption of the 2019-20 NHL season toward the crowning of a Stanley Cup champion by early October and provide an updated economic framework for the League and its Players, including addressing the challenges posed by the COVID-19 pandemic.

In keeping with the League’s commitment to the health and safety of all participants, each of the 52 Club personnel will live inside a secure “bubble” – the Phase 4 Secure Zone – and will be tested daily for COVID-19 as well as being administered daily temperature checks and symptom screenings. As well, individuals who might have direct or indirect contact with NHL teams will be tested daily. Any person inside the Secure Zone who tests positive will immediately be isolated.

“Today, the NHL and the NHLPA announced a significant agreement that addresses the uncertainty everyone is dealing with, the framework for the completion of the 2019-20 season and the foundation for the continued long-term growth of our League,” NHL Commissioner Gary Bettman said. “I thank NHLPA Executive Director Don Fehr and Special Assistant to the Executive Director Mathieu Schneider, the more than 700 NHL Players – particularly those who worked on our Return to Play Committee – and the NHL’s Board of Governors for coming together under extraordinary circumstances for the good of our game. While we have all worked very hard to try to address the risks of COVID-19, we know that health and safety are and will continue to be our priorities. We know that all of our fans are excited about our return to the ice next month and that has been our goal since we paused our season on March 12.”

“This agreement is a meaningful step forward for the players and owners, and for our game, in a difficult and uncertain time.  This would not have happened but for the enormous contributions that the players made throughout, particularly those who served on the Negotiating and Return to Play Committees, as well as those on the Executive Board,” said Don Fehr, NHLPA Executive Director.  “I also thank Gary Bettman, Bill Daly and the NHL staff for their efforts towards finding solutions to the problems we face.  Most importantly, we are pleased to be able to bring NHL hockey back to the fans.  We look forward to the NHL’s continued growth here in North America and on the world stage.”

The return to the Olympic Winter Games was a long-time wish of the NHL players after missing out on PyeongChang 2018 and was also approved by a majority of the club owners for 2022 and 2026. Among the teams with positive quotes was New Jersey Devils General Manager Tom Fitzgerald. "I'm happy for those players who will be on their national teams and recognizing the importance of this international stage," he said. "Well, there's no bigger stage in the sporting world than the Olympics. And if your game can be represented there, it's a win for our league. That's how I look at it. I think secondly, this is what the players want. They want to do this. They're passionate about it and I'm sure it's an incredible experience."
Related articles
Olympic Winter Games Men
Highlights from Beijing
Hockey's best moments from 2022
01 APR 2022
Olympic Winter Games Men
Rybar seizes the moment
Slovak goalie reflects on Olympic bronze
31 MAR 2022
Olympic Winter Games Men
A matter of feet and inches
Is a smaller playing surface changing Olympic hockey?
25 MAR 2022