Fasel’s farewell on ice
Joint photo of the legends’ teams and officials after René Fasel’s farewell game.
photo: Christina Korovnikova
share
In his last week as IIHF President, René Fasel is part of many farewell speeches, videos dedicated to him and gifts from different countries on a daily basis during the 2021 IIHF Semi-Annual Congress in St. Petersburg. But the farewell after 27 years as President couldn’t be complete without having an event for him where it all started – on the ice and as a referee.

The game to honour Fasel took place at the Yubileiny Sports Complex that was one of the host arenas of the IIHF Ice Hockey World Championship in 2000 and 2016. The evening started with a pre-game program including speeches from Finnish legend Jari Kurri and former Soviet star and former Minister of Sports Vyacheslav Fetisov praising Fasel’s work during the last decades in popularizing ice hockey across the globe and building bridges between nations.

Famous jazz saxophonist Igor Butman played the IIHF and Russian anthems in his hockey jersey before exchanging his saxophone for a hockey stick and joining the Russian legends on the ice.

Fetisov would of course stay on the ice for the game as did Fasel, who got the referee jersey with the number 1. For the ceremonial puck drop he was joined by legends Vladislav Tretiak and Pavel Bure as well as the two players and team captains who would battle for the first puck, Fetisov on Team Russia and Finnish forward Jari Kurri on Team World.

On the ice were not only many legendary players. Some of them are also in St. Petersburg as candidates for an IIHF Council position or even presidency at the election on Saturday.

One candidate showed that he still has a great shot as Slovak sniper Miroslav Satan opened the scoring in the first minute of play and eight minutes later German legend Dieter Hegen made it 2-0.

Another notable performance from a current Council member in Team World’s 2-0 first-period lead was Petr Briza, who had to do a couple of saves to keep the Russians at bay on the scoreboard. Other Council candidates and former players on the ice were Raeto Raffainer and Franz Reindl.

Fasel and his officiating colleagues had more goal calls in the middle frame. After Robert Reichel had extended Team World’s lead, Alexander Mogilny cut it to 3-1 with the Russians’ first marker into the net of Martin Gerber, who came in for the second period. The Russians managed to tie the game at three within a few minutes before Reichel scored his second goal of the night for the 4-3 lead for the team coached by Arno Del Curto and Sean Burke.

Early into the third period Alexei Morozov deked Gerber ice cold to tie the game again. The game ended with a 4-4 score that was symbolic for the neutrality of the person to whom the game was dedicated.

“I’m getting older,” Fasel, 71, said after officiating the entire game. “But it was great to be on the ice with these players, some of them were idols when I was young. The spirit of being with these players and referees and how they treated me is heartwarming.”

The 2021 IIHF Semi-Annual Congress continues with the election part. The 22 Council candidates will present their programs and ideas to the delegates of the IIHF member national associations on Friday. The election will take place on Saturday. 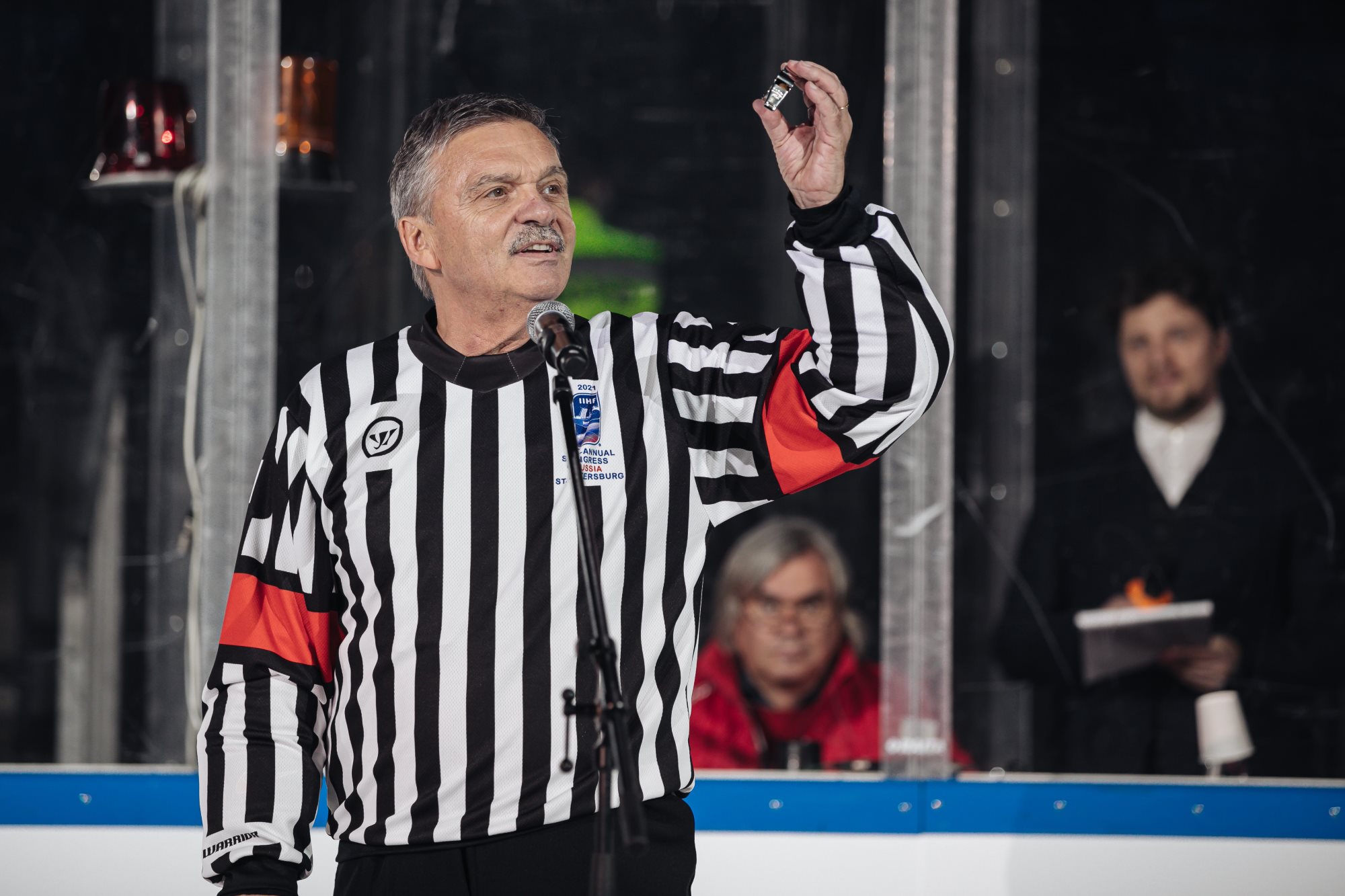 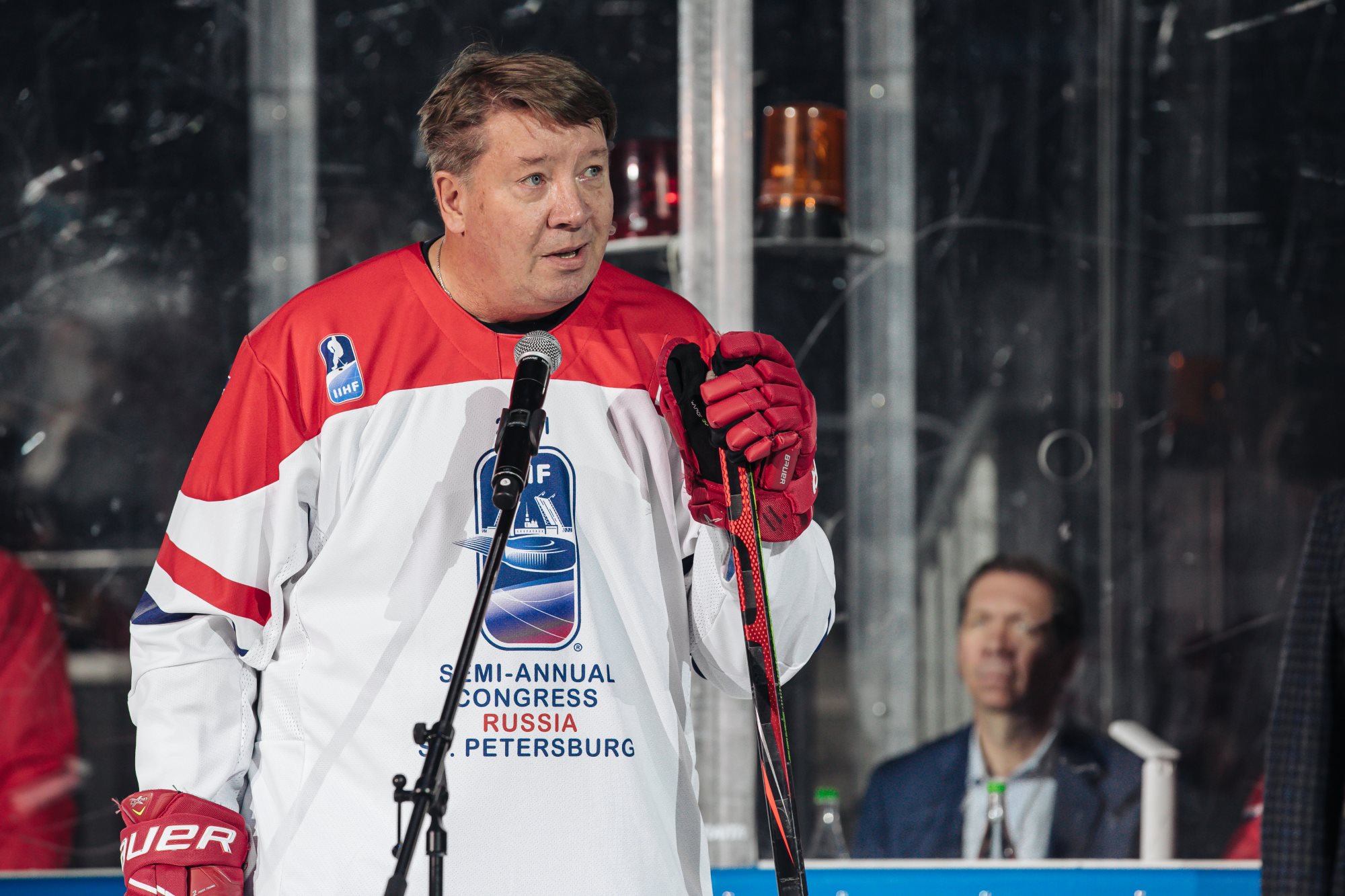 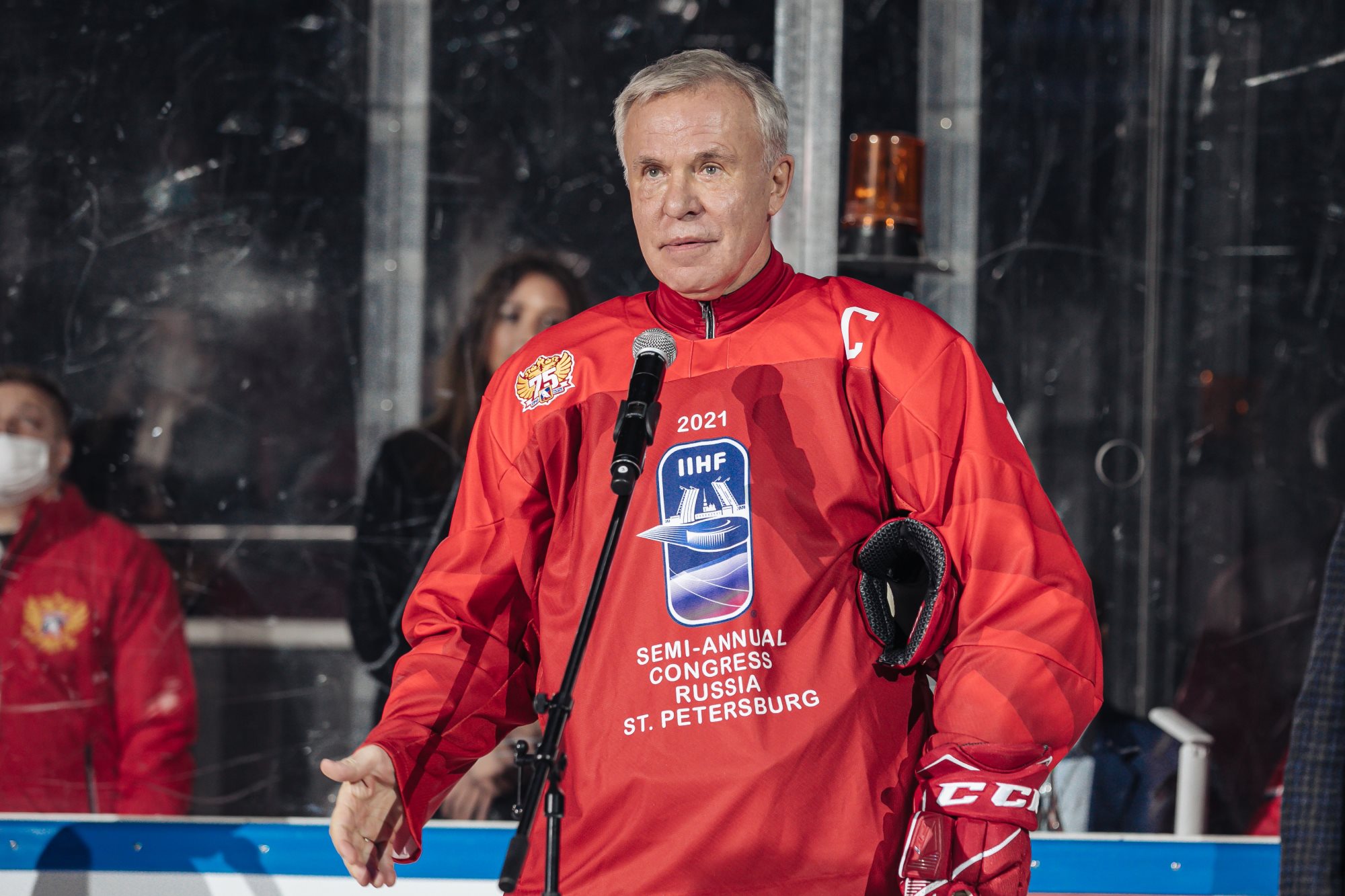 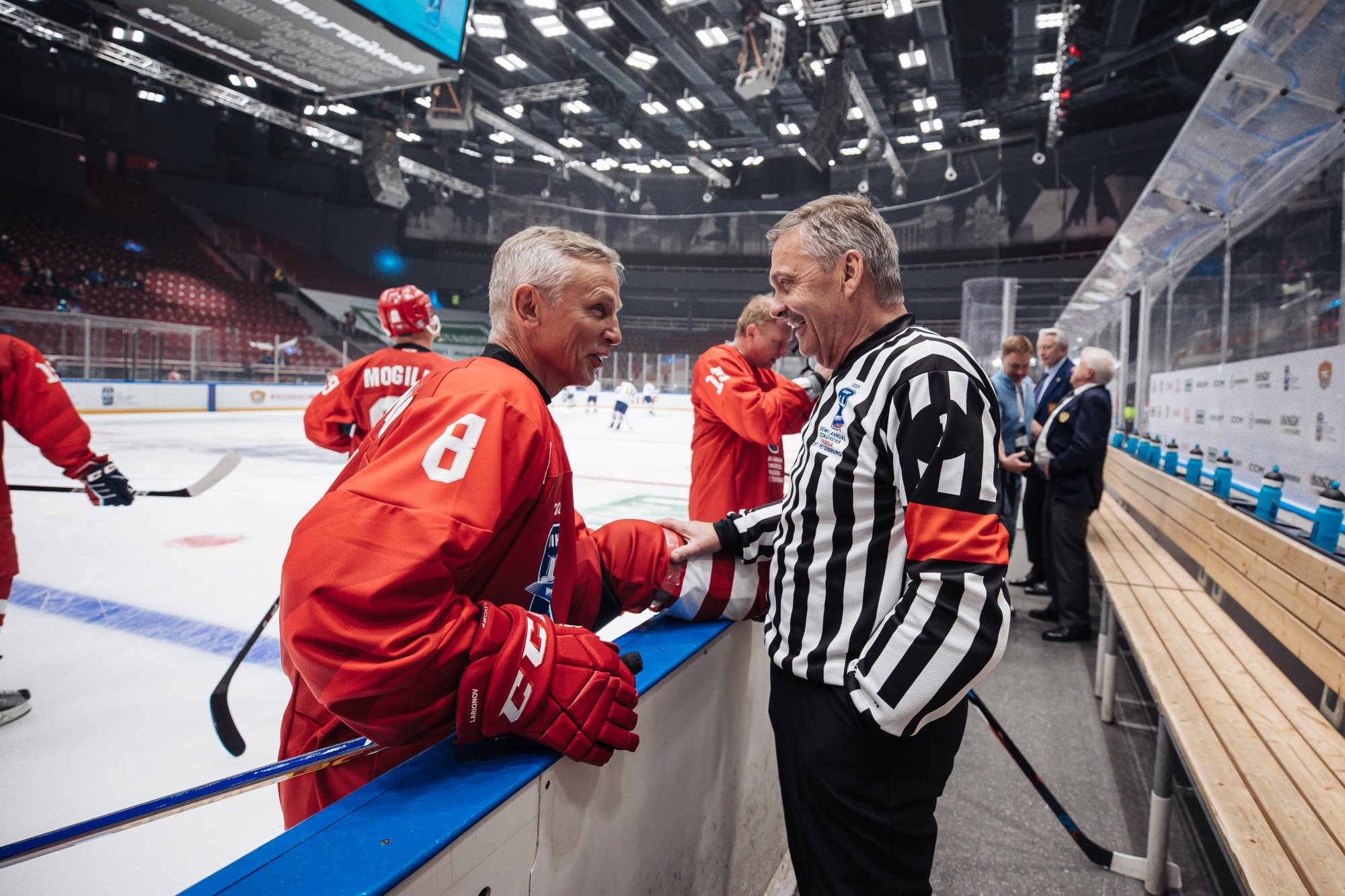 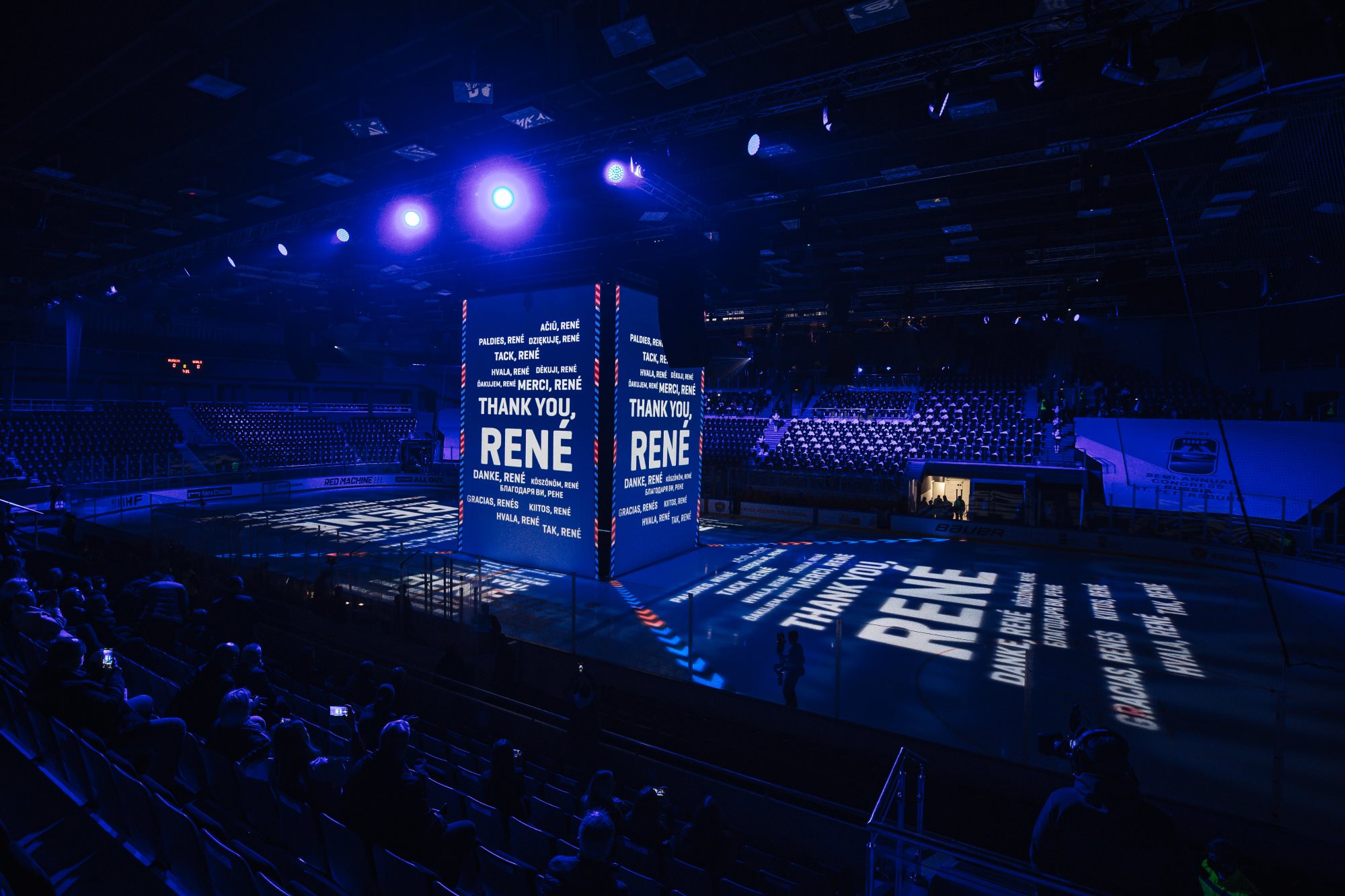 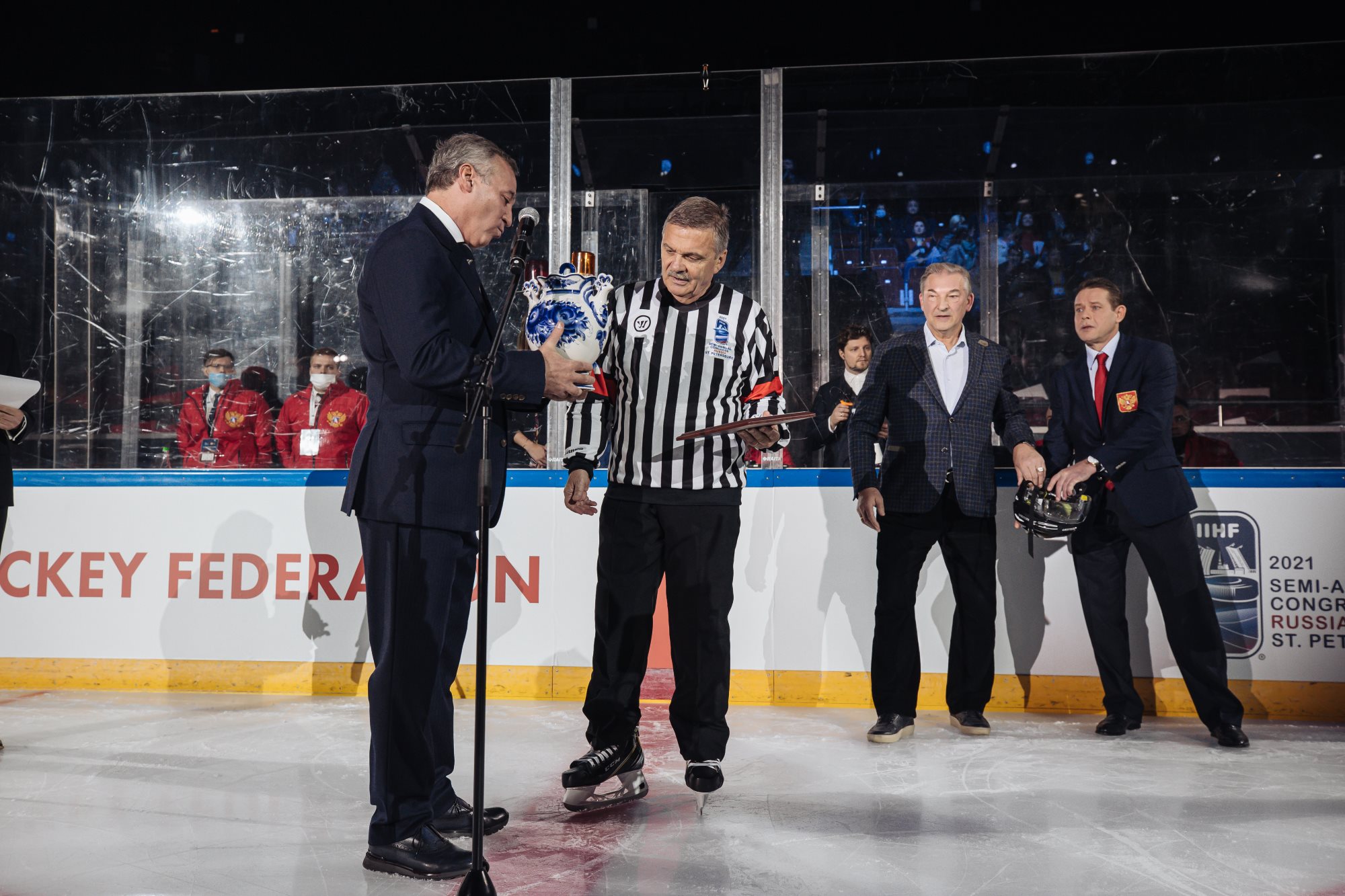 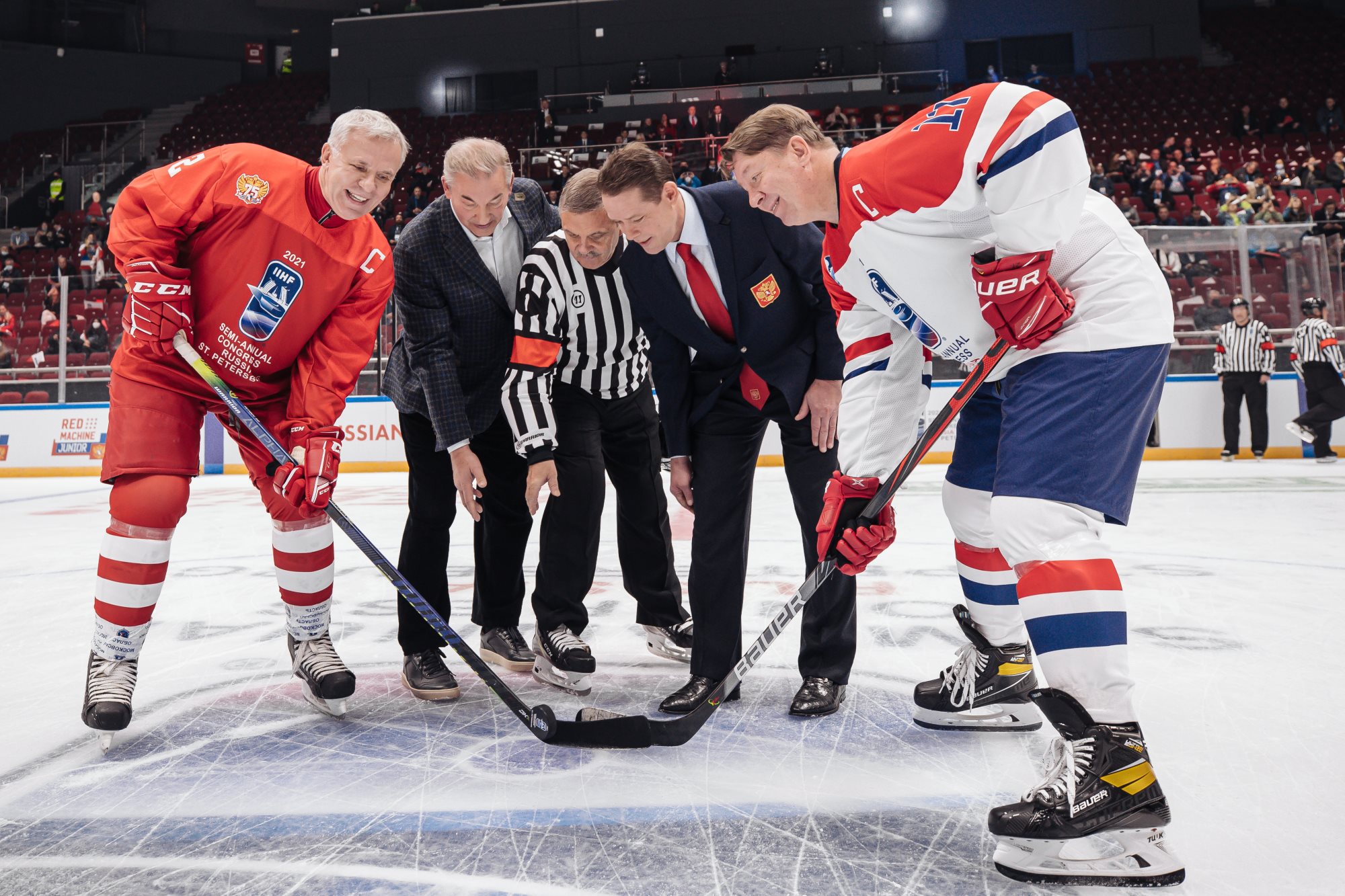 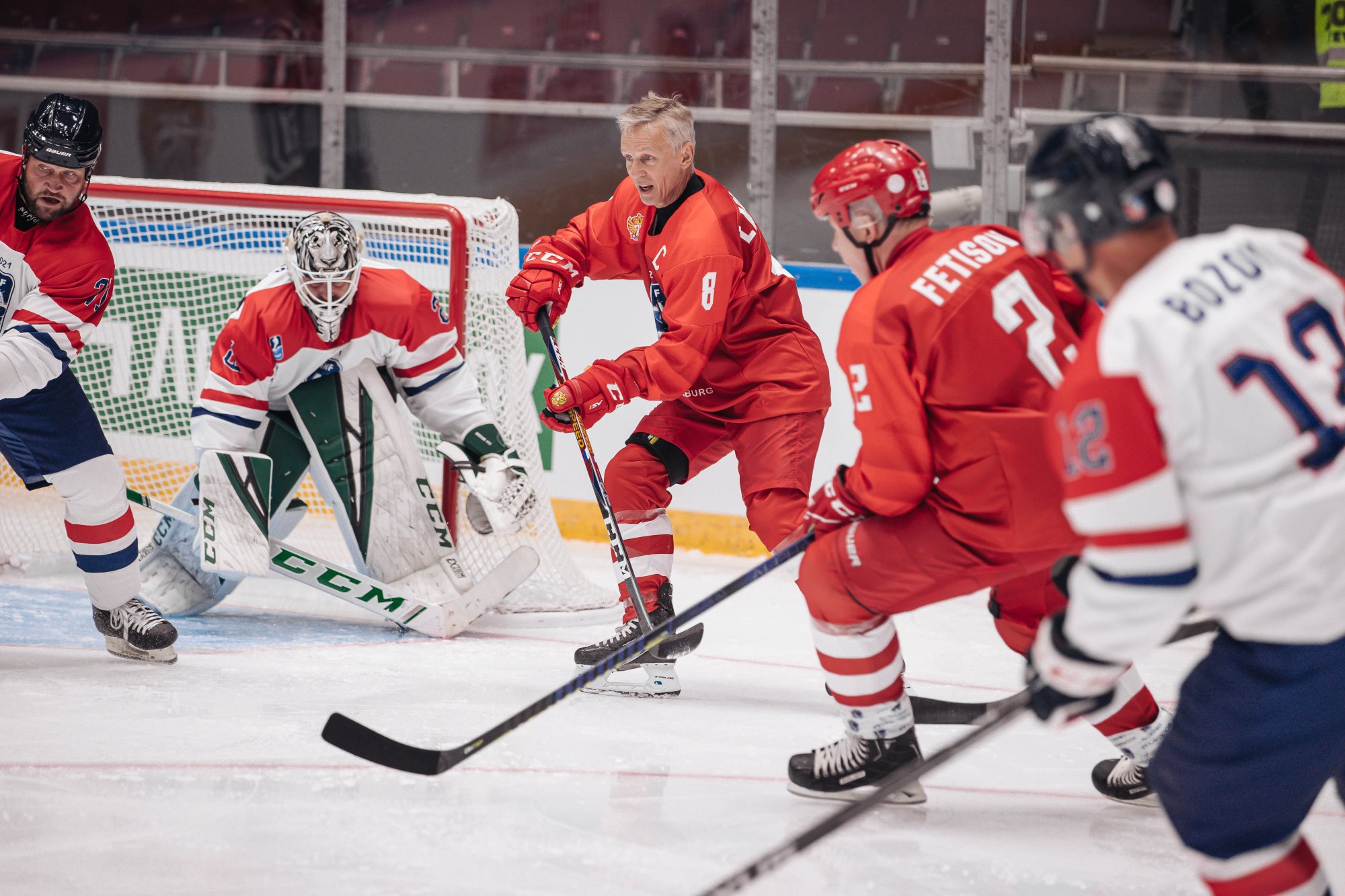 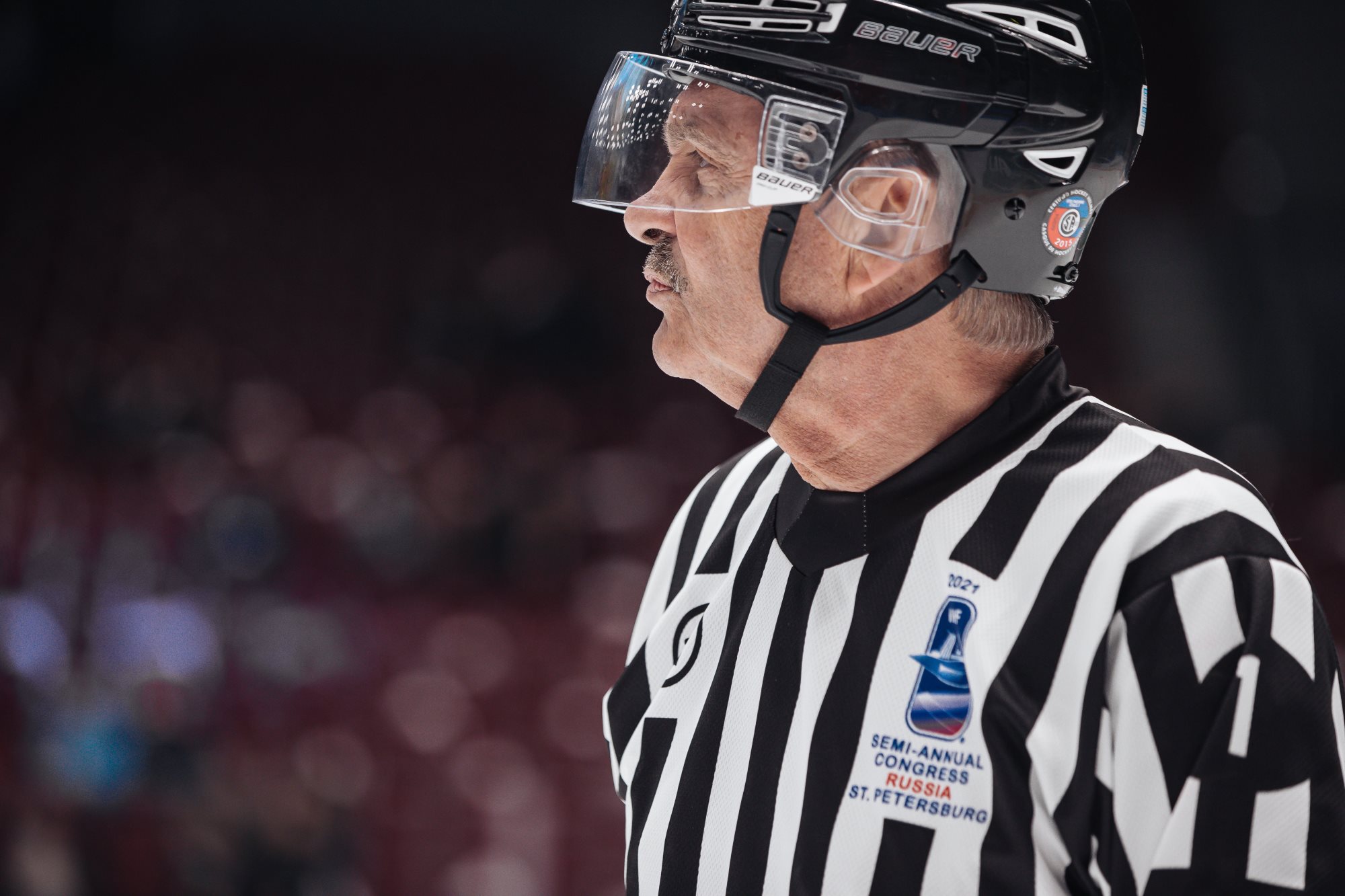 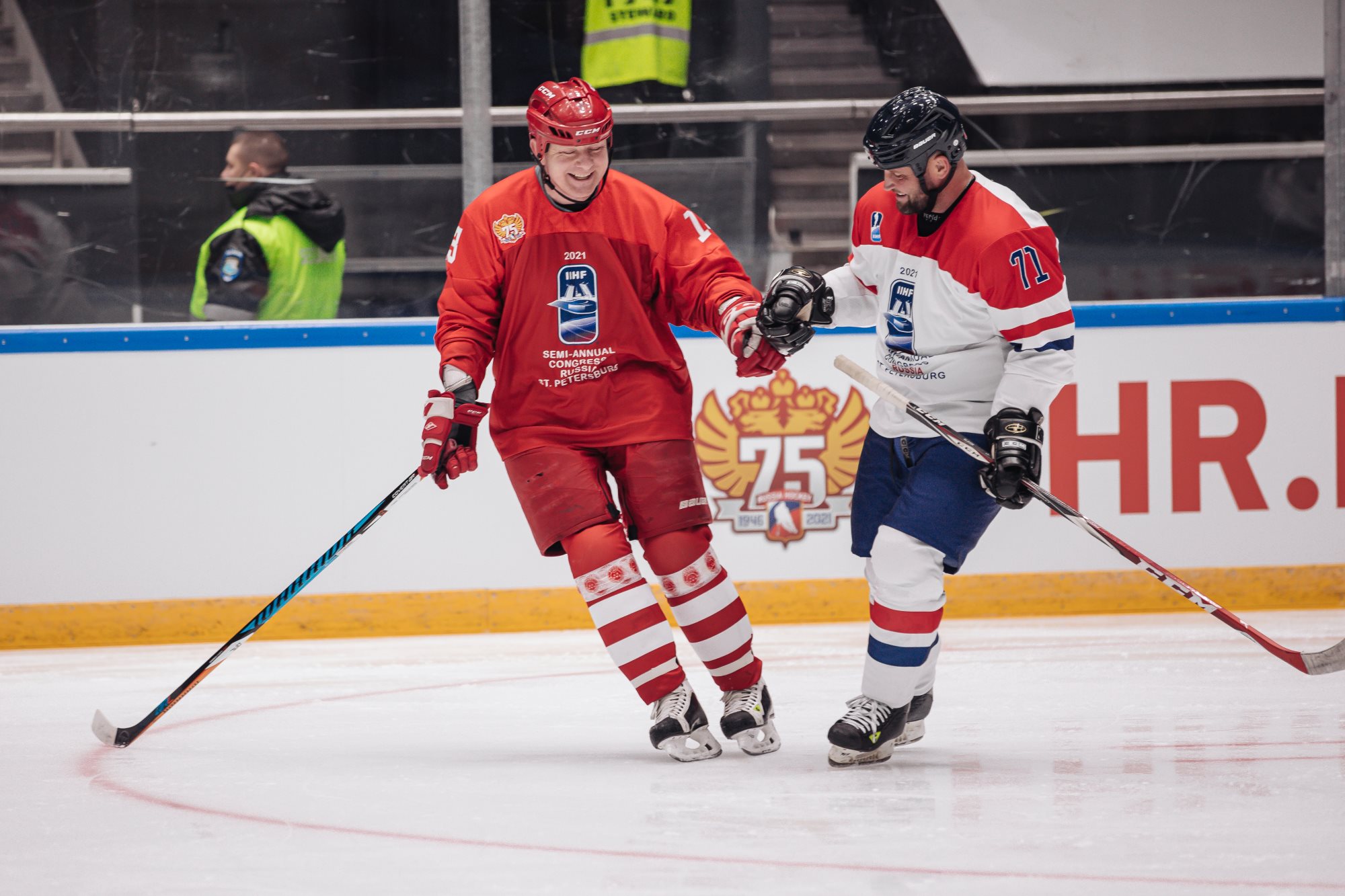 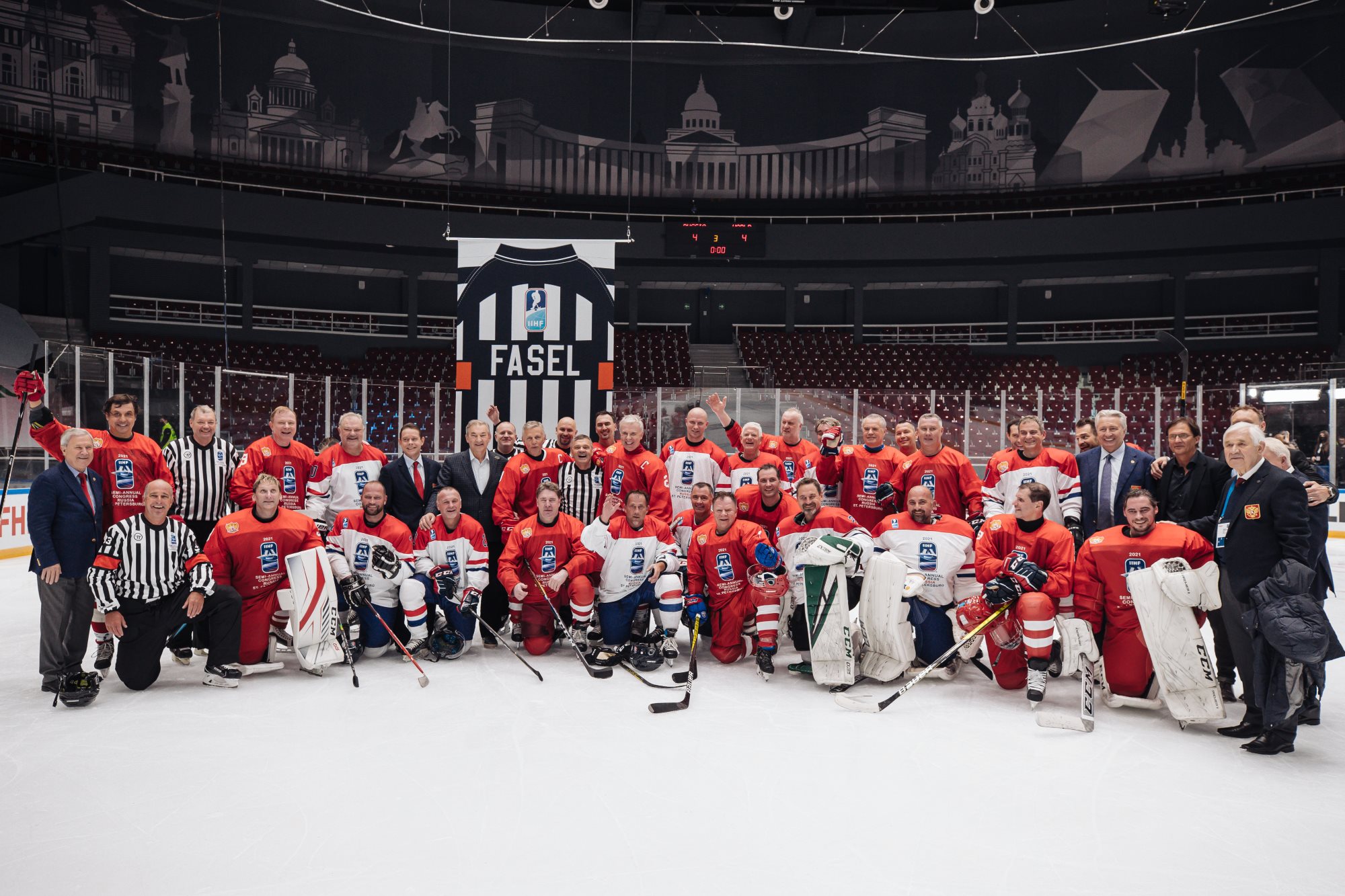 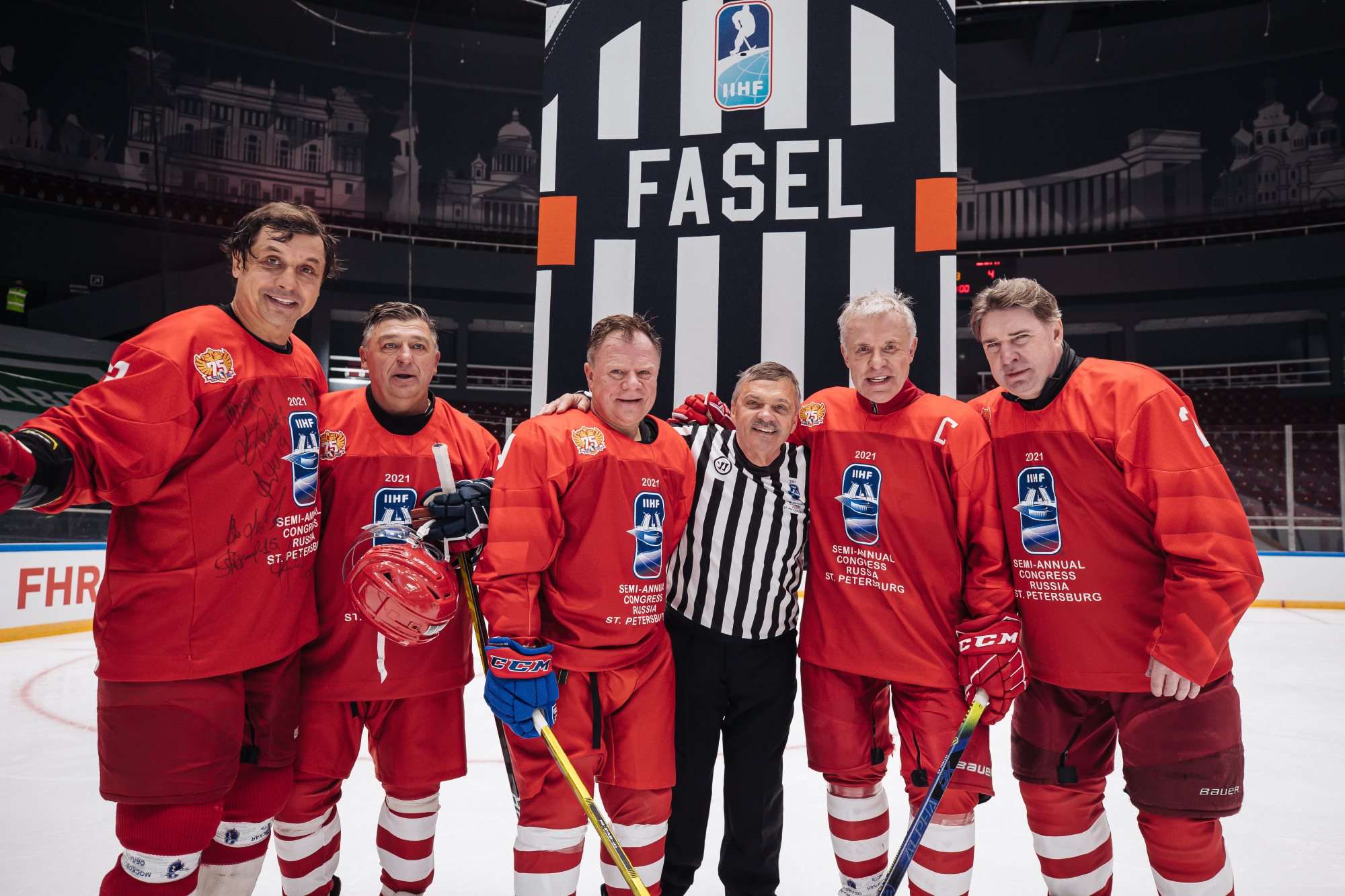 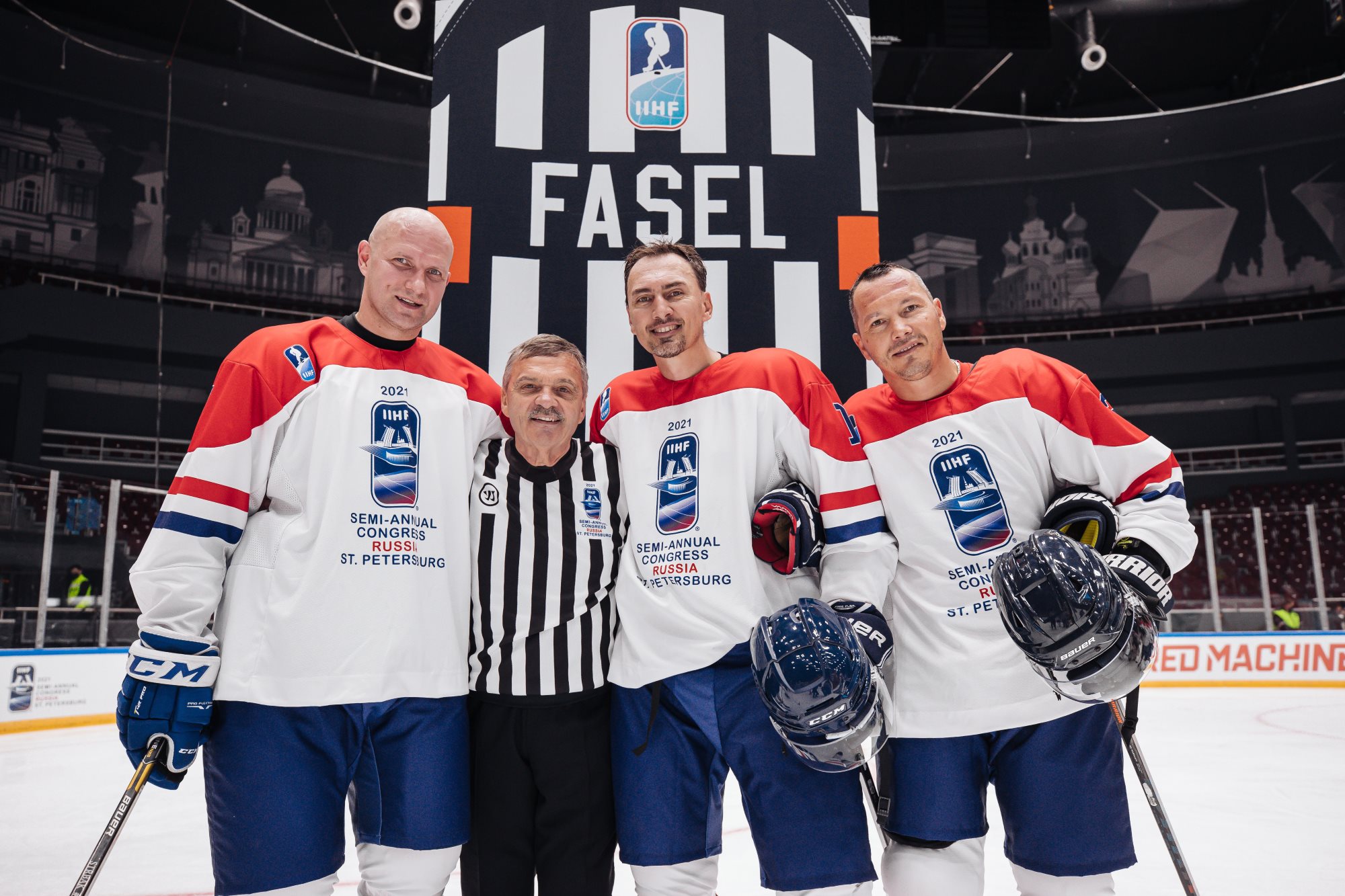 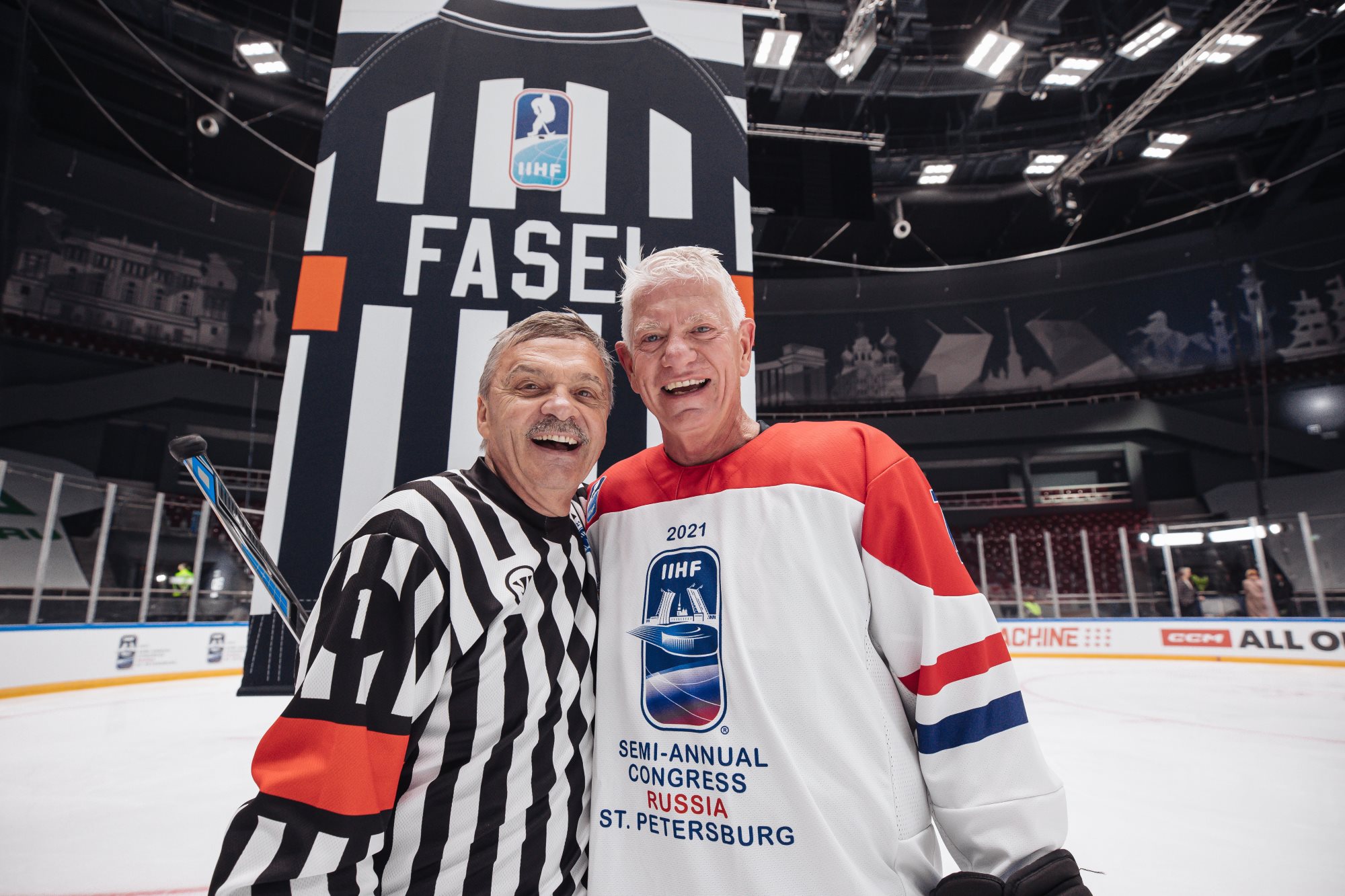 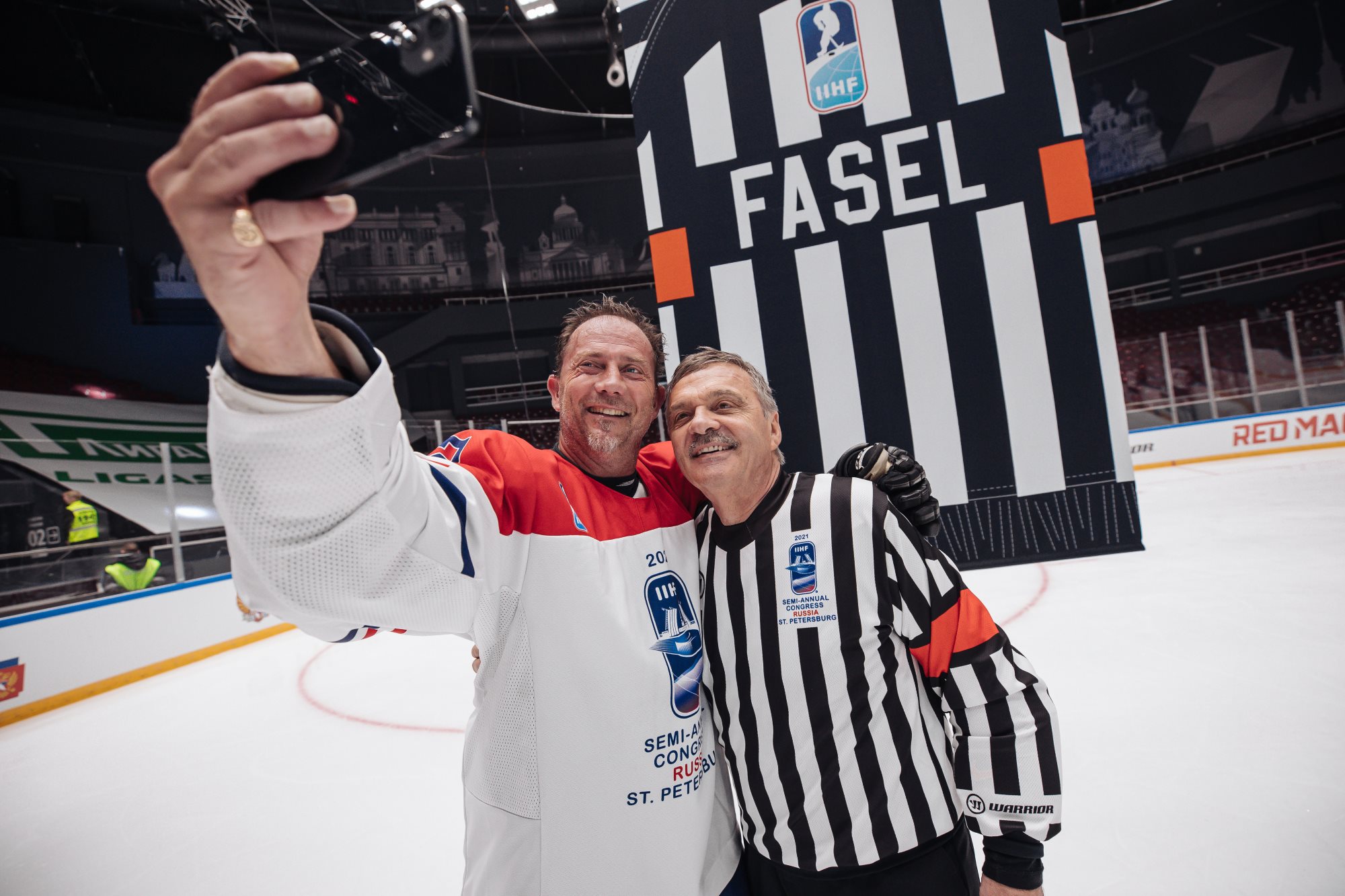 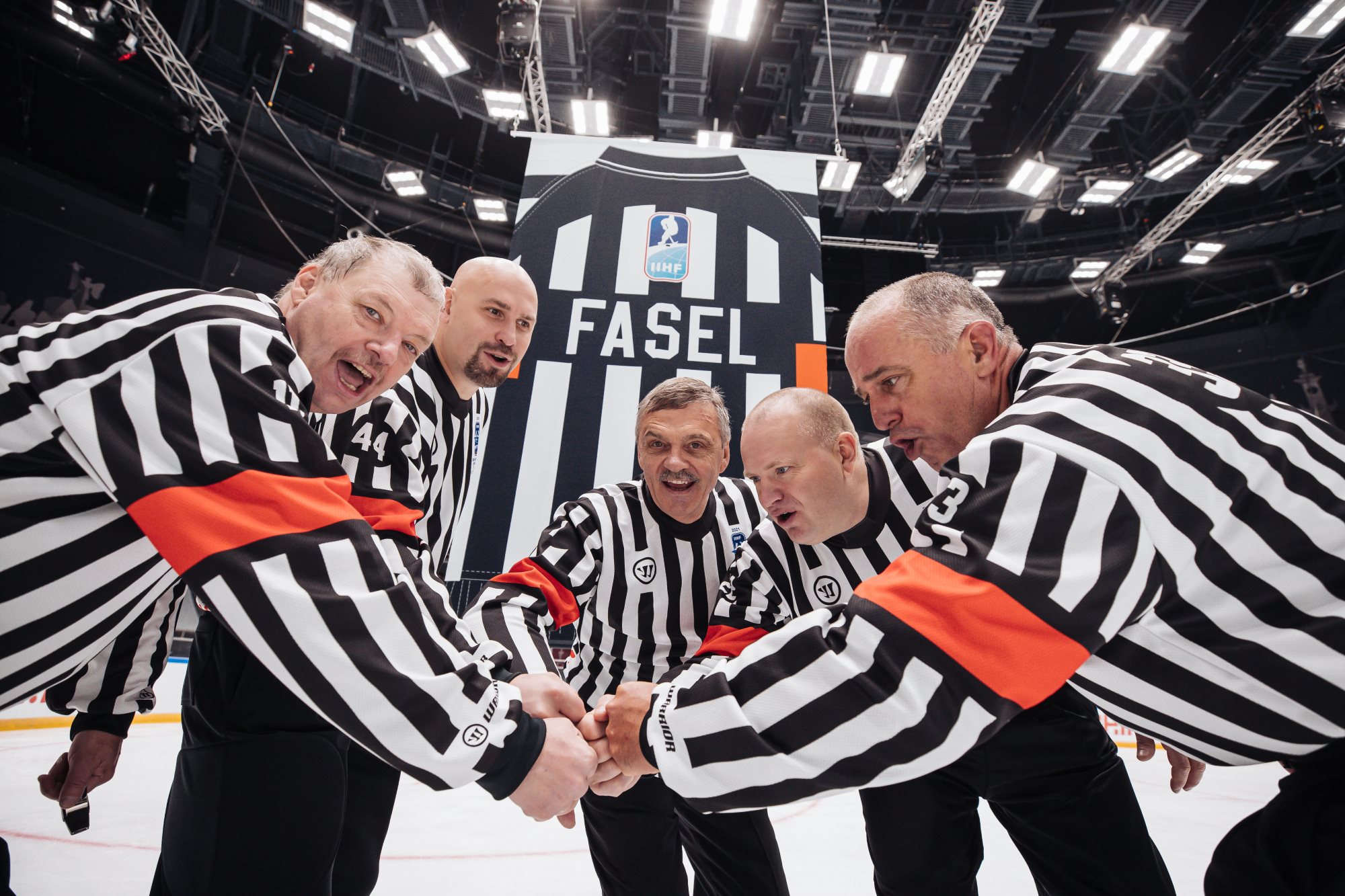