Fasel inducted into IIHF Hall
René Fasel receives his IIHF Hall of Fame jersey from Igor Larionov.
photo: Christina Korovnikova
share
One day before outgoing IIHF president Rene Fasel officially hands the leadership of international hockey over to a new president, Fasel himself was inducted into the IIHF Hall of Fame in a special ceremony in St. Petersburg, Russia.

Fasel is the only inductee in the Class of 2021, and his nomination was passed by a unanimous decision by the IIHF’s Historical Committee. The Committee also waived the usual two-year waiting period to induct Fasel, the IIHF’s longest-serving president in its 111-year history.

“It’s a big privilege. My friends are here, my family is here, it’s so difficult not to be emotional and to be cool,” an emotional René Fasel said before talking about the many people during his 27-year presidency who helped him along the way and pointing out his family with his wife, sons and daughter in attendance.

He ended his speech with a promise: “I will not leave hockey, I promise you. You won’t get rid of me. I love you all. Thank you very much.”

The ceremony was MC’d by Gord Miller, himself the winner of the Paul Loicq Award in 2013 and one of the pre-eminent play-by-play voices in North America.

This marked the first time since 2002 that anyone had been inducted into the IIHF Hall of Fame outside a World Championship ceremony, but it was a fitting departure from tradition because it was at the 1994 Congress that Fasel made the leap from Council member to IIHF president. Under his guidance, the IIHF grew from 50 member nations to 81, from 79 national teams participating in four events to 217 across seven categories of play in 2018.

Fasel rose through the ranks steadily and swiftly. He started as an on-ice official at the 1980 IIHF World Junior Championship in Helsinki, became the referee-in-chief for the Swiss Ice Hockey Federation and then the Federation’s youngest president at age 35. Soon after, he became an IIHF Council member for the first time in 1986, and eight years later his ascent was complete at the 1994 Congress in Venice, Italy.
IIHF
2021 IIHF Hall of Fame Induction
Long-time IIHF President René Fasel will be inducted into the IIHF Hall of Fame as Builder.
24 SEP 2021
Perhaps most impressive, Fasel ran virtually unopposed for much of his 27 years. He always maintained that difficult balance between handling the top nations that drive the game and the smaller nations that are critical to the game’s greater global development. Under Fasel, the World Championship expanded from 12 to 16 teams, and NHL players went to the Olympics. The World Women’s Championship became an annual event and grew from six teams to ten. And, indeed, the women have been playing for Olympic medals since 1998. A critical event for both men and women were introduced when the U18 tournaments were brought into the IIHF family of tournaments, and the IIHF moved from an almost non-existent office in 1994 to an historic villa with a modern second building in the heart of Zurich.

“The important thing about being the president of the IIHF,” Fasel explained, “is that you have to work with different countries, different views and understandings of people. So, the Russians are not like the Canadians, and the Americans are not like the Finns or Swedes. The most important part of my mandate is to understand how different people think. My goal was to bring them together and find a balance. The NHL is a professional league, so they have different goals from the IIHF, which is more about sports federations than it is about business. One thing I am proud about is that we have good unity. We are a big family. We fight sometimes, but we understand each other. We can have the Ukrainians sitting with the Russians and the Belarusians sitting with the Germans. It’s not an issue. And we all have one passion, which is hockey, and that makes everyone understand what we are trying to do.”

And so the Congress continues with the voting for a new president, and in the process it says with this induction a final thank you to Fasel, who will remain part of the IIHF family as a Life President. In short, he will not be gone entirely from the IIHF, and no doubt his wisdom and experience through some four decades of work in international hockey will help the new administration move forward.

NOTE: The Class of 2020 was not inducted at the 2020 IIHF Ice Hockey World Championship, as per tradition, because of the pandemic, and the 2021 Worlds were played mostly without attendance. As a result, the Class of 2020 will be inducted in Tampere during the 2022 IIHF Ice Hockey World Championship next May. Those 2020/22 inductees include: Players Mathias Seger (SUI), Ryan Smyth (CAN), Mark Streit (SUI), Kimmo Timonen (FIN), and Alexei Yashin (RUS), and Builder Mong-Won Chung (KOR). The Richard “Bibi” Torriani Award will be presented to Ron Berteling (NED), and the Paul Loicq Award will go to Zoltan Kovacs (HUN).
2021 IIHF Hall of Fame Induction 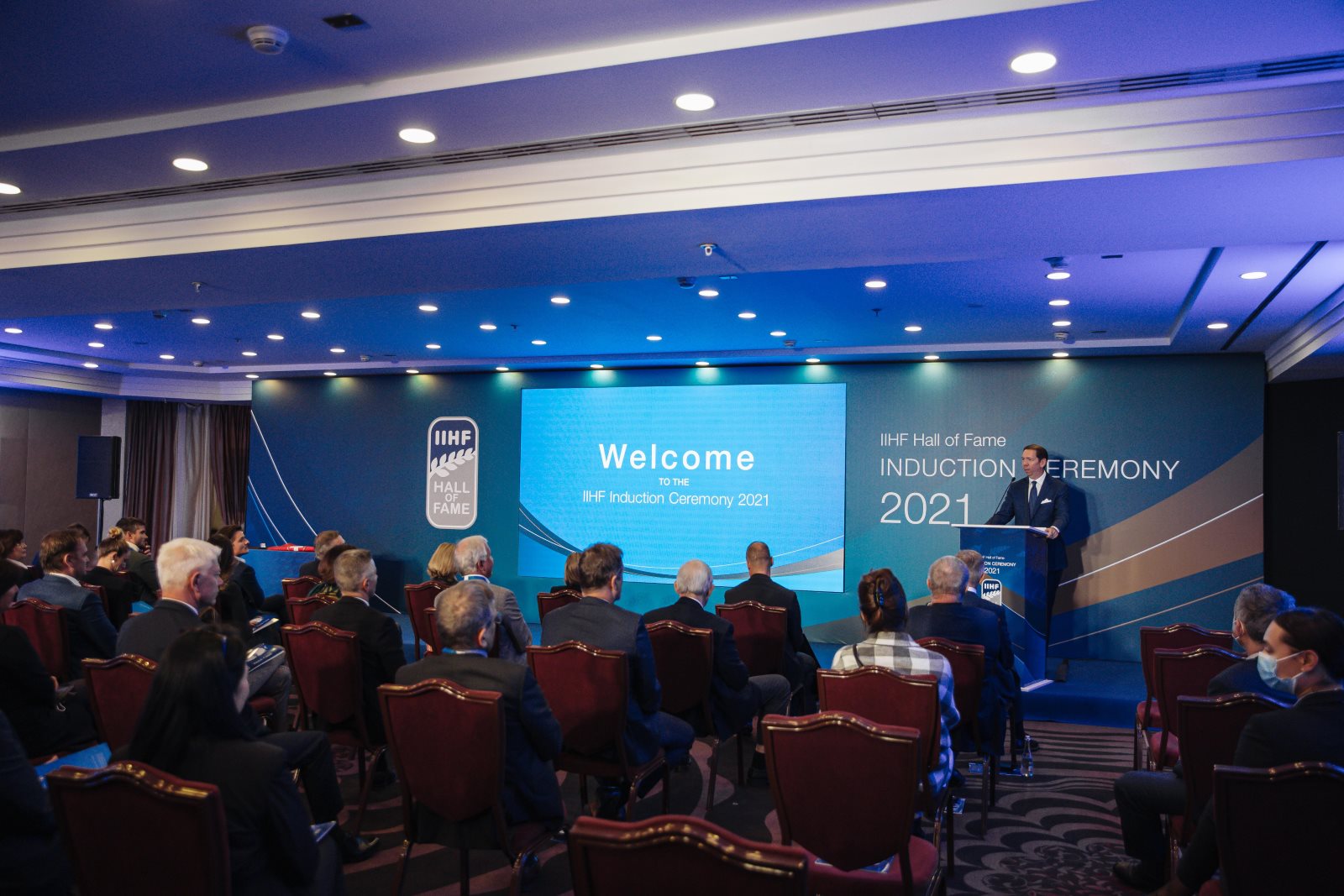 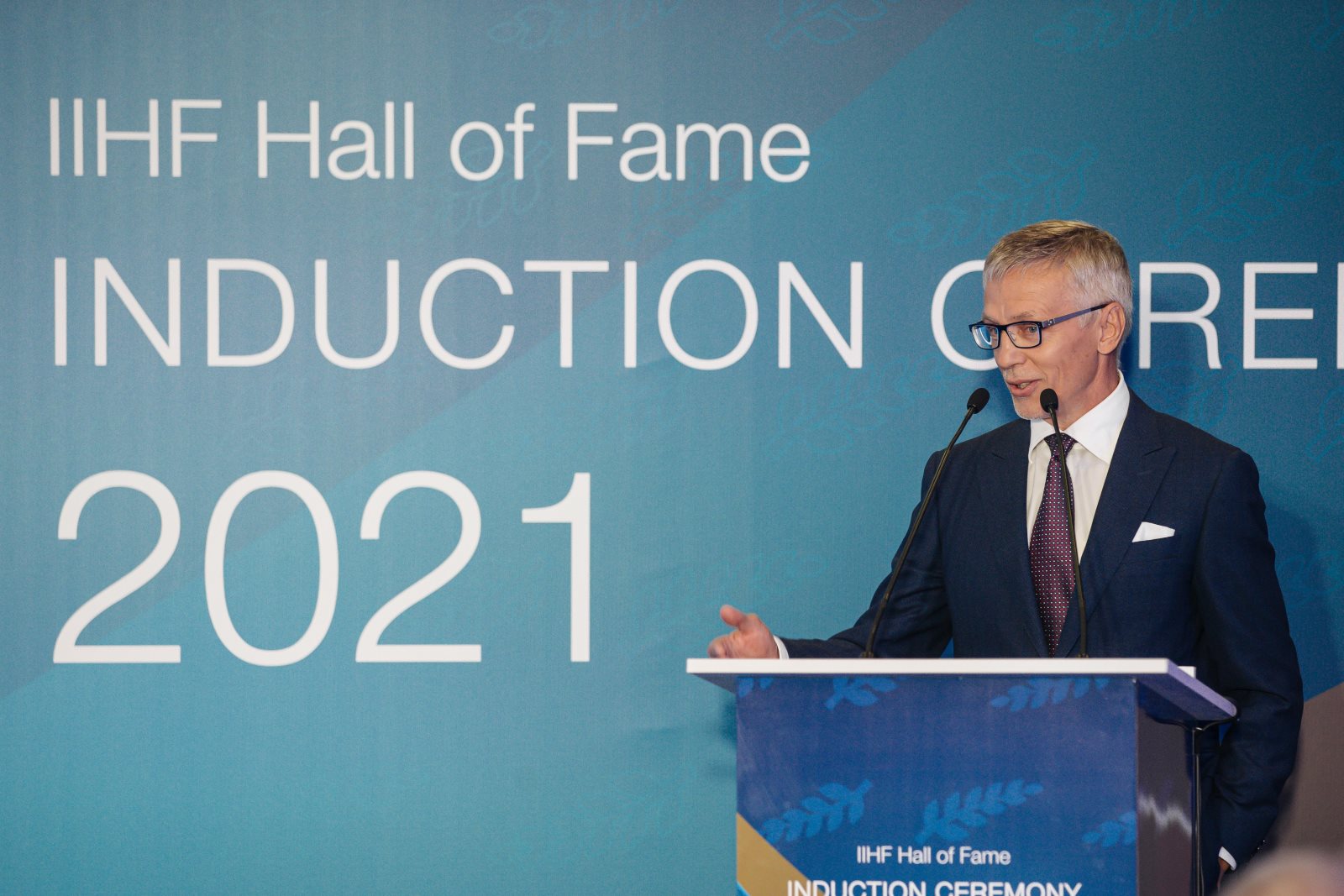 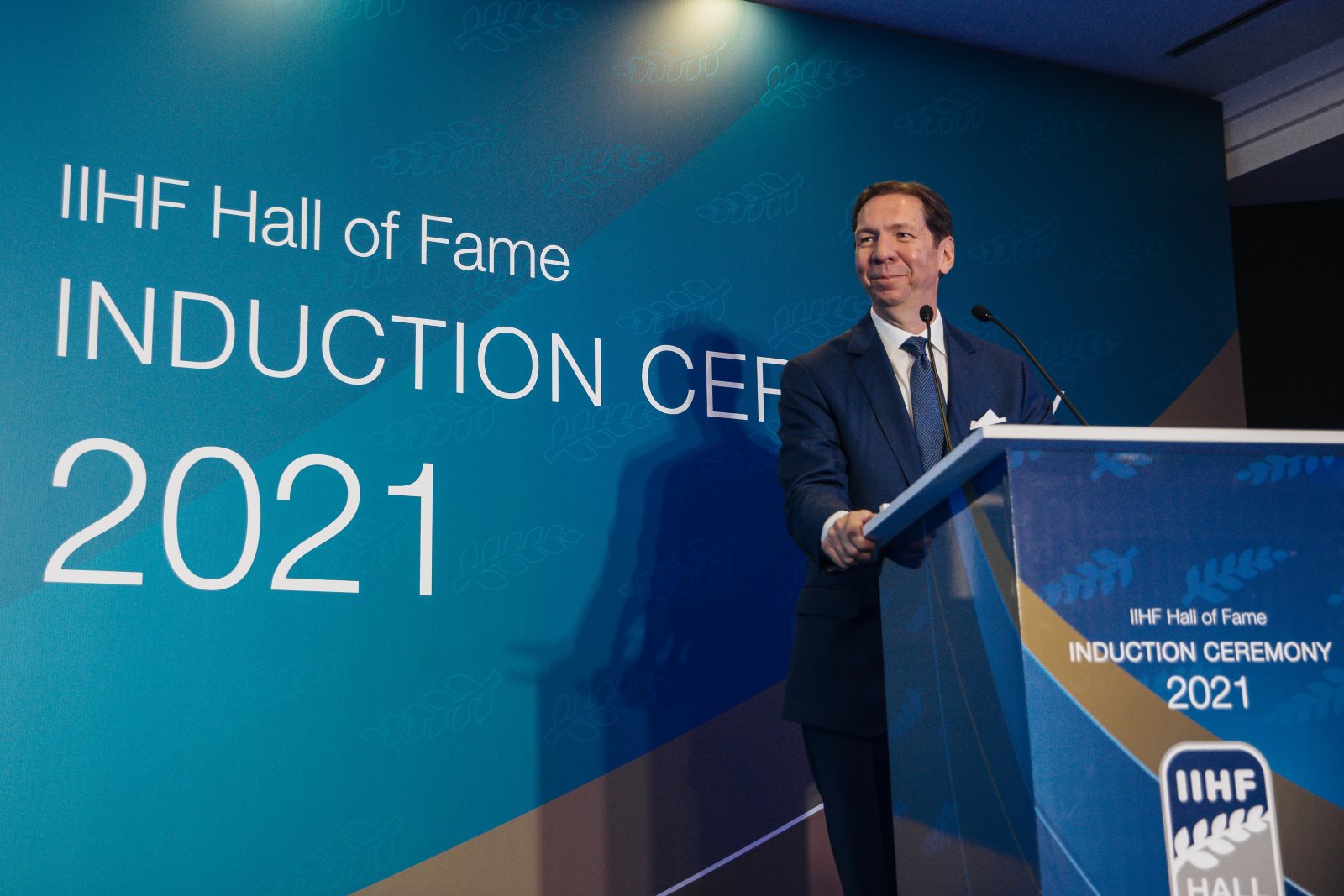 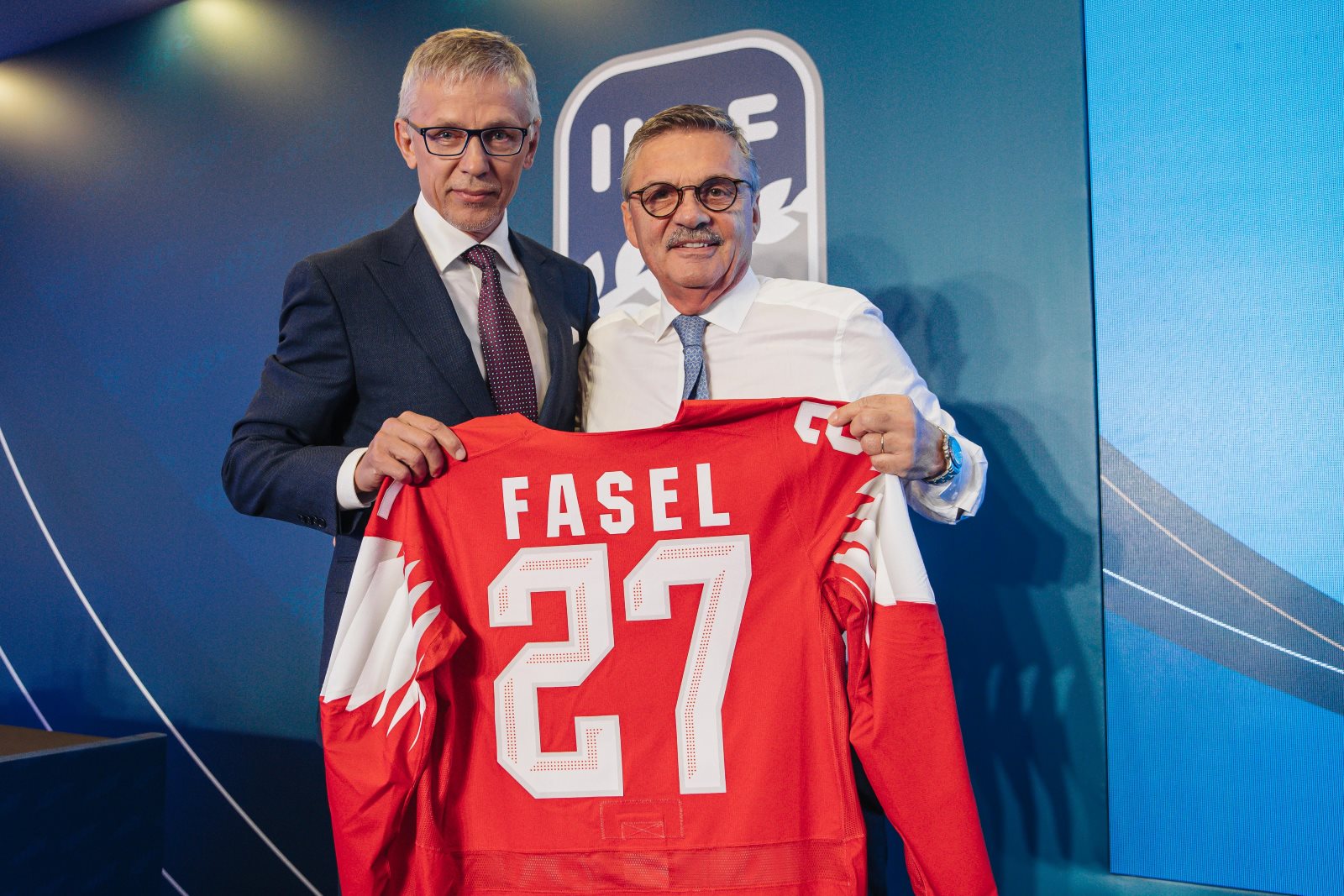 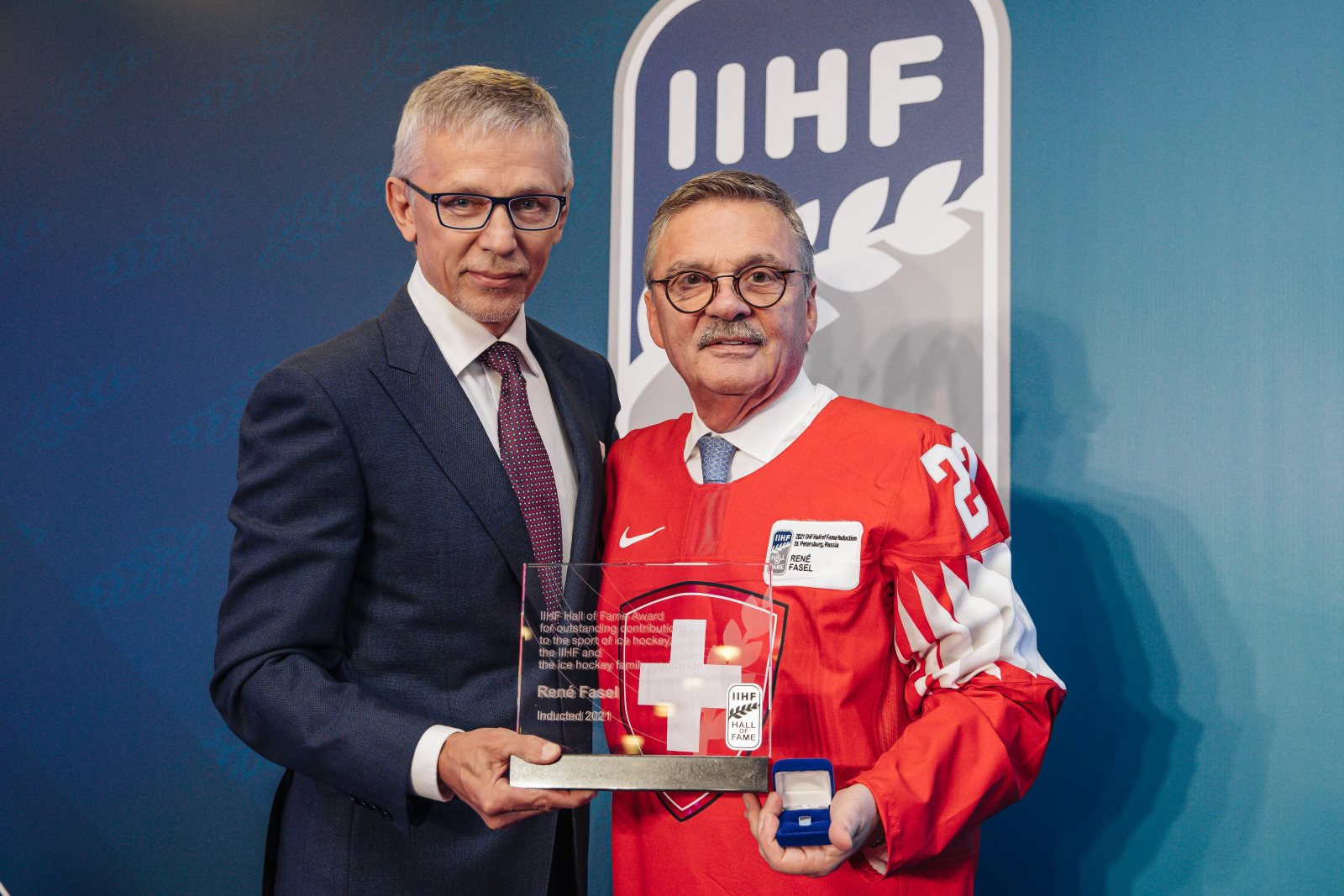 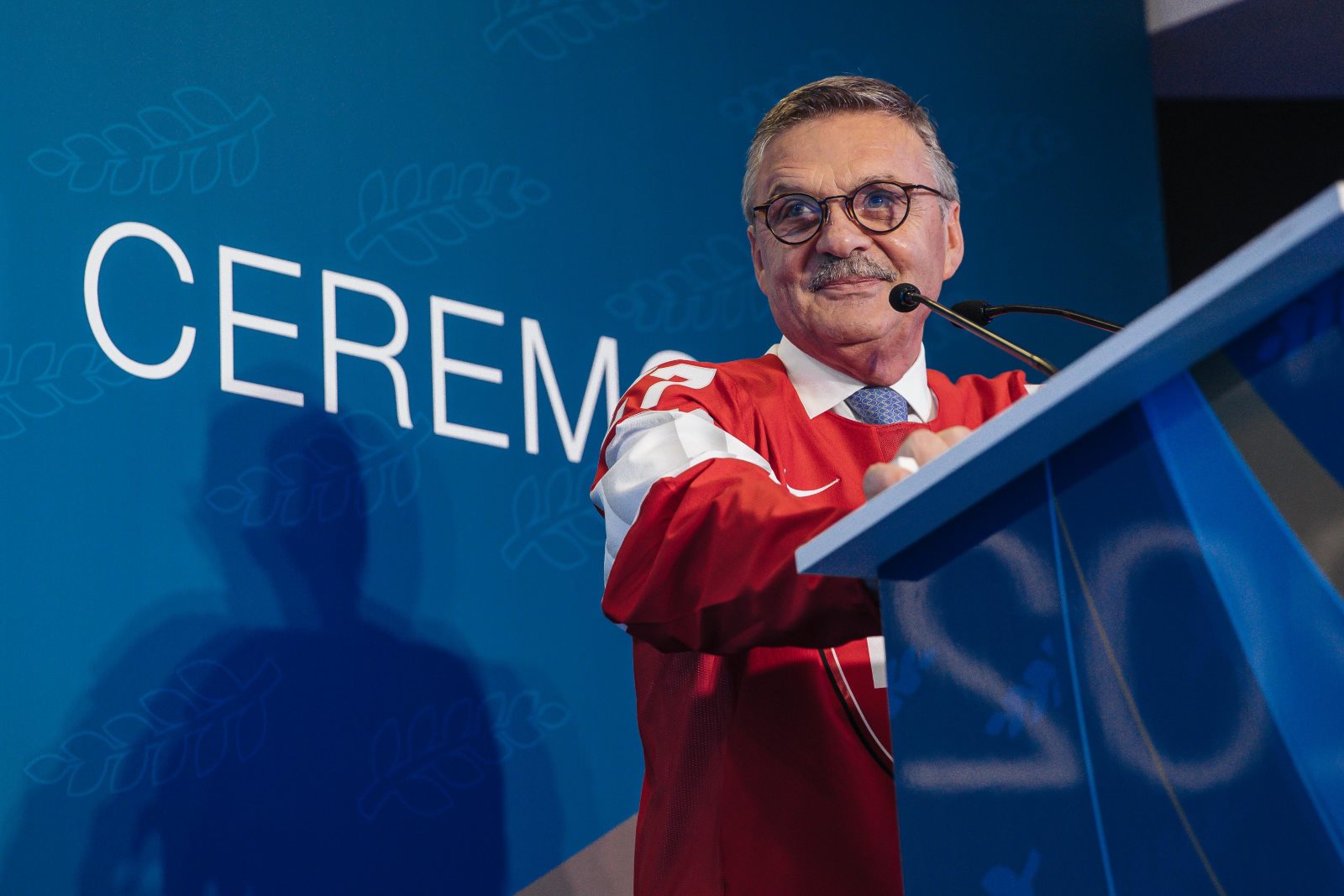 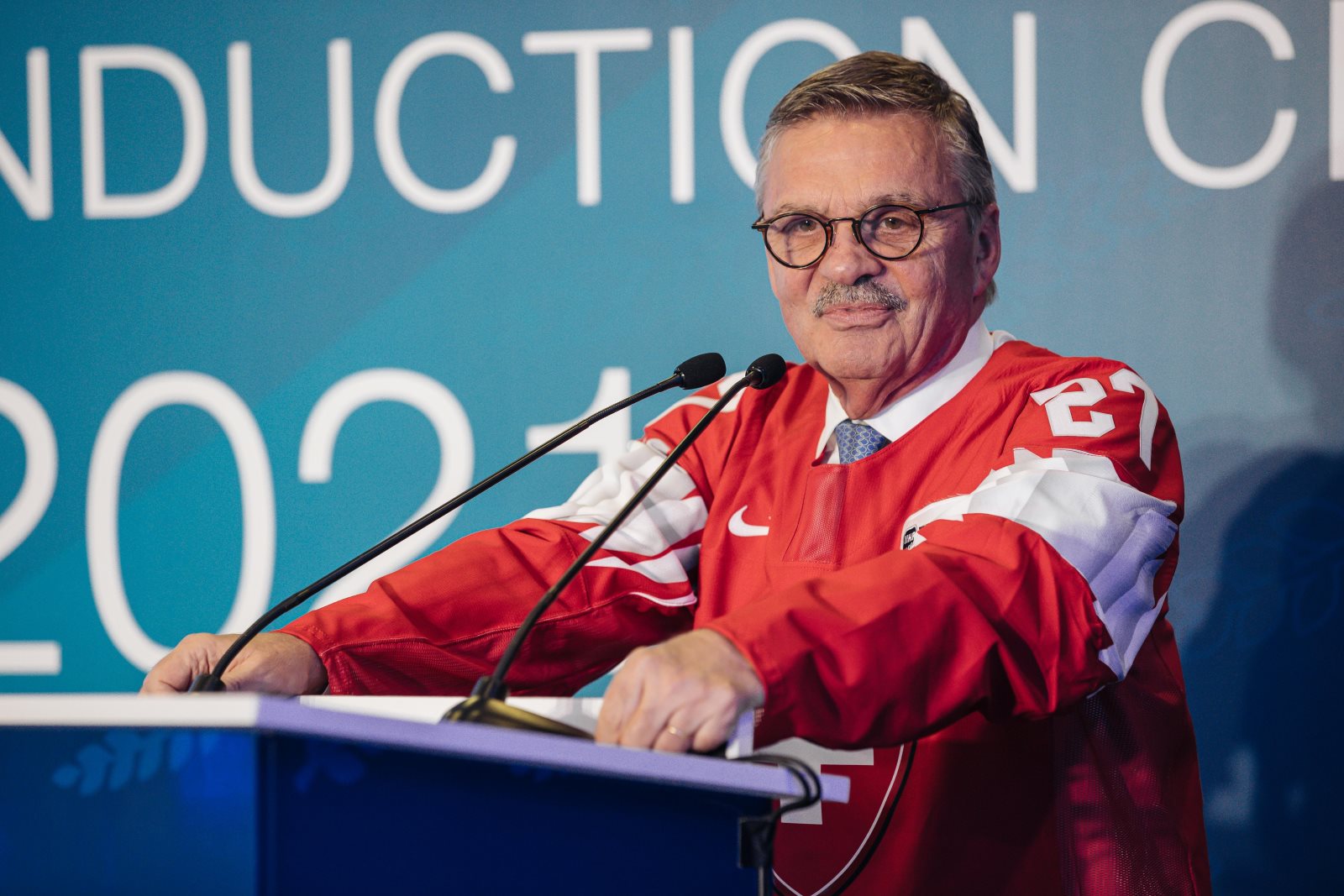 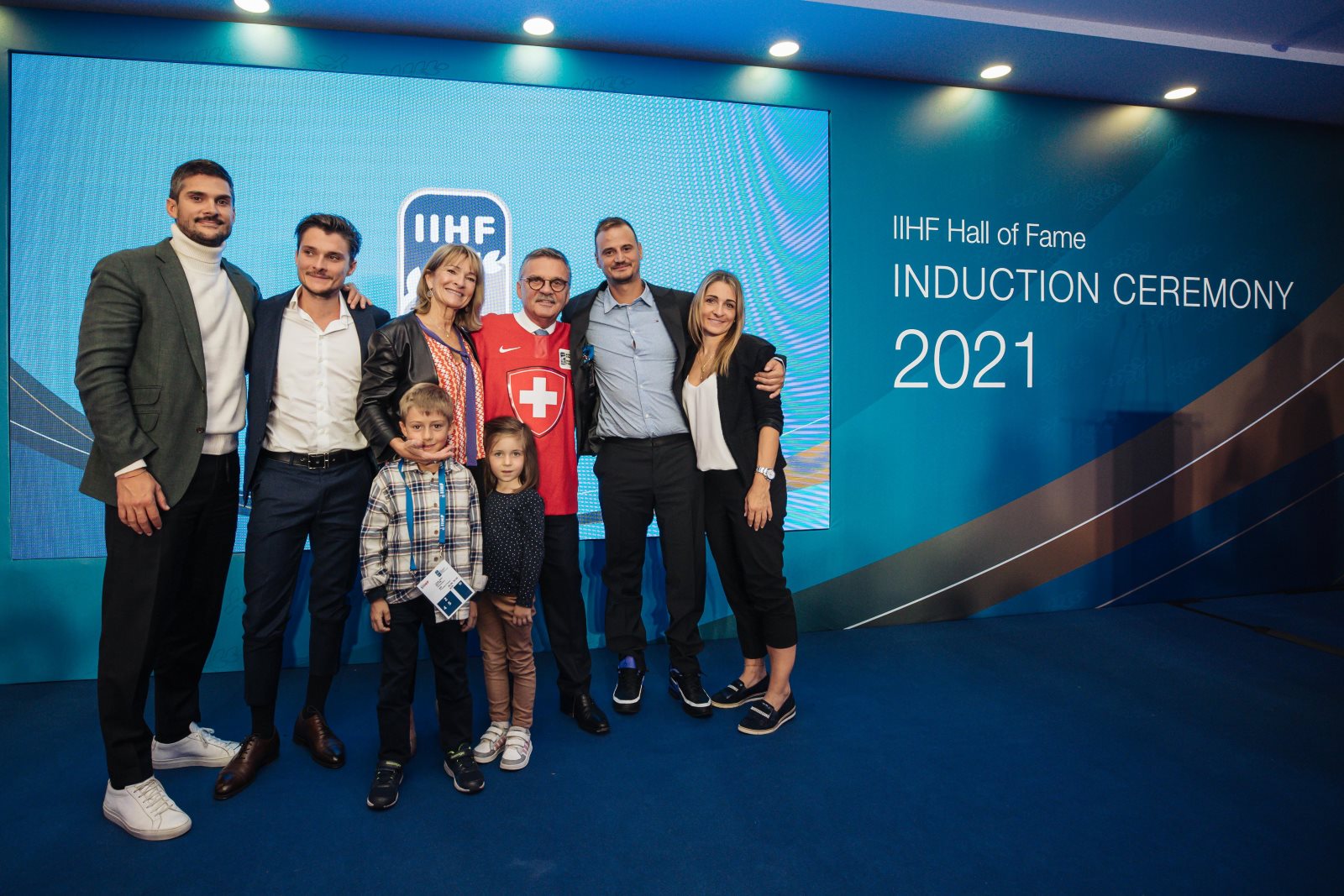 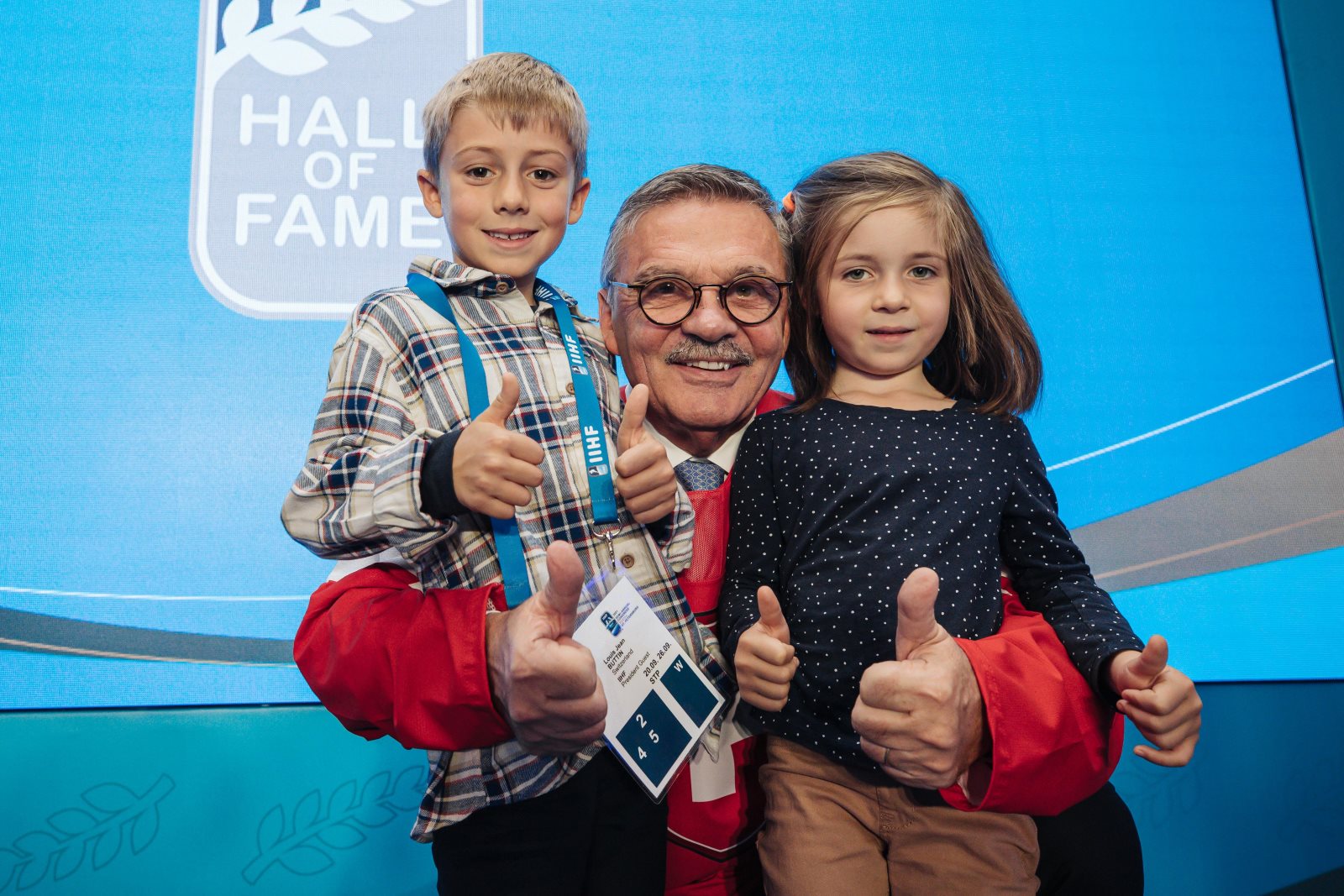 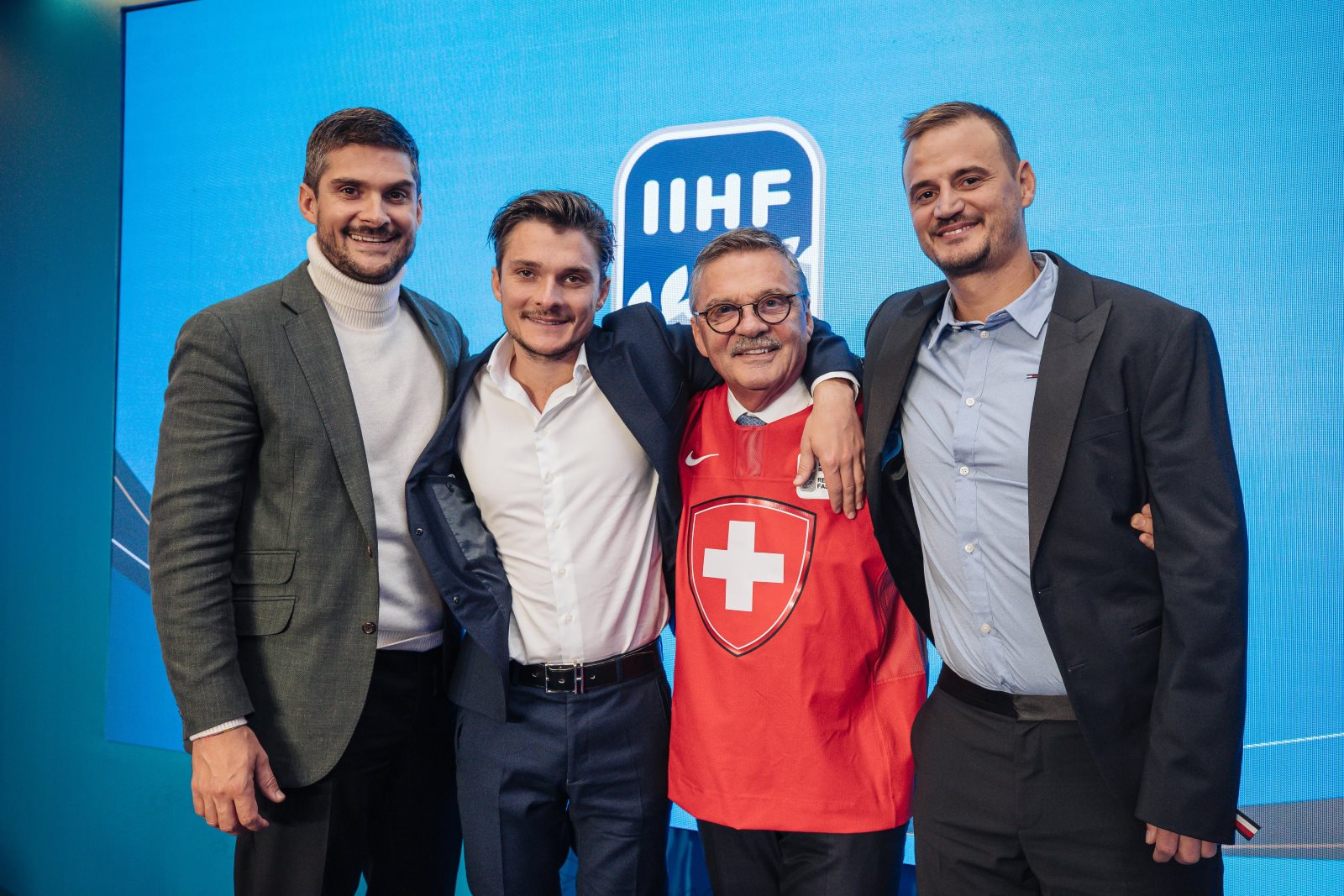